I want to begin by thanking all of our campaign volunteers, supporters and committed Republican voters in the 9thDistrict for signing my petitions. Today, we made our initial filing to qualify for the ballot. Our campaign asks that you continue to circulate and sign petitions. On Tuesday, we will be filing our final supplemental petition signatures. If you have additional petitions and need to arrange a pick-up, please contact our Field Campaign Manager Rob Bresnahan at rob@meuserforcongress.com. 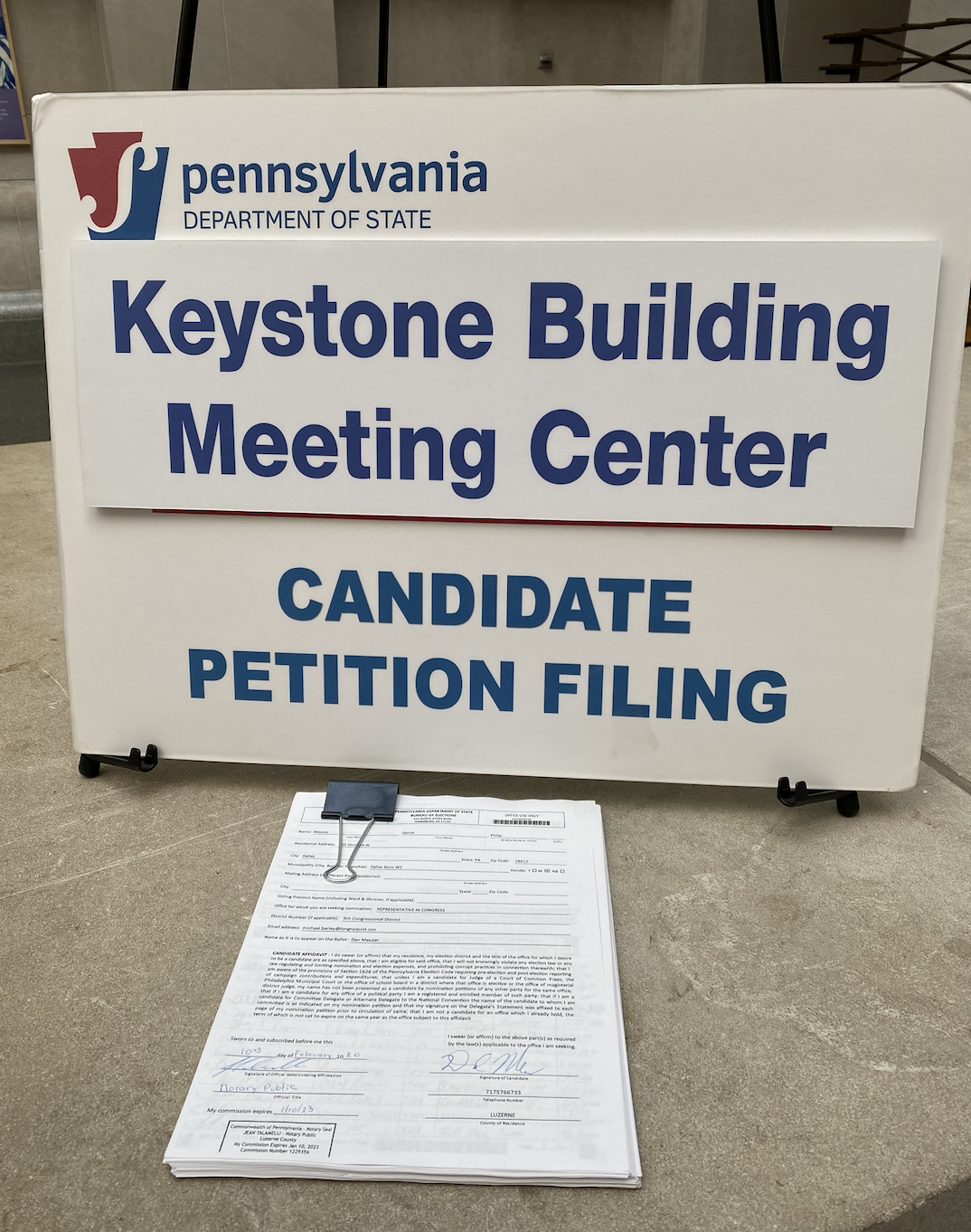 As part of my commitment to applying business practices to government, I am determined to only spend tax dollars in a manner that benefits our District. As a Congressman, it is not sufficient to simply talk about spending tax dollars more responsibly. We have to walk the walk. For 2019, our office returned $159,962 or 11.8% of our annual office budget, to the U.S. Treasury. WFMZ covered the story.

This week, our nation's economy continues to show strength. January's job’s report came in strong and serves as another reliable indicator of our economy’s strength. Unemployment is low and more jobs are coming. In fact, we have over 1 million open jobs across the nation. Closing the skills gap by increasing job training programs and apprenticeships is essential to developing a 21st Century Workforce. A recent Press-Enterprise editorial highlighted that Vo-Tech seniors are earning $18 an hour to start. The Pledge to America’s Workers is driving skills training and placing more workers in well-paying jobs nationwide. President Trump has proposed a significant funding increase for career education. CTE schools play an essential role in our District and nationwide in developing a 21st Century workforce. President Trump is putting workers first and putting America first.

On Wednesday, I attended an event with the National Association of Manufacturers (NAM) where they awarded White House advisor Ivanka Trump an award for her support of manufacturing. She was the inaugural recipient of the association's Alexander Hamilton Award. Ivanka Trump understands the issue of ensuring that Americans are equipped with the skills necessary for the jobs of today and tomorrow. 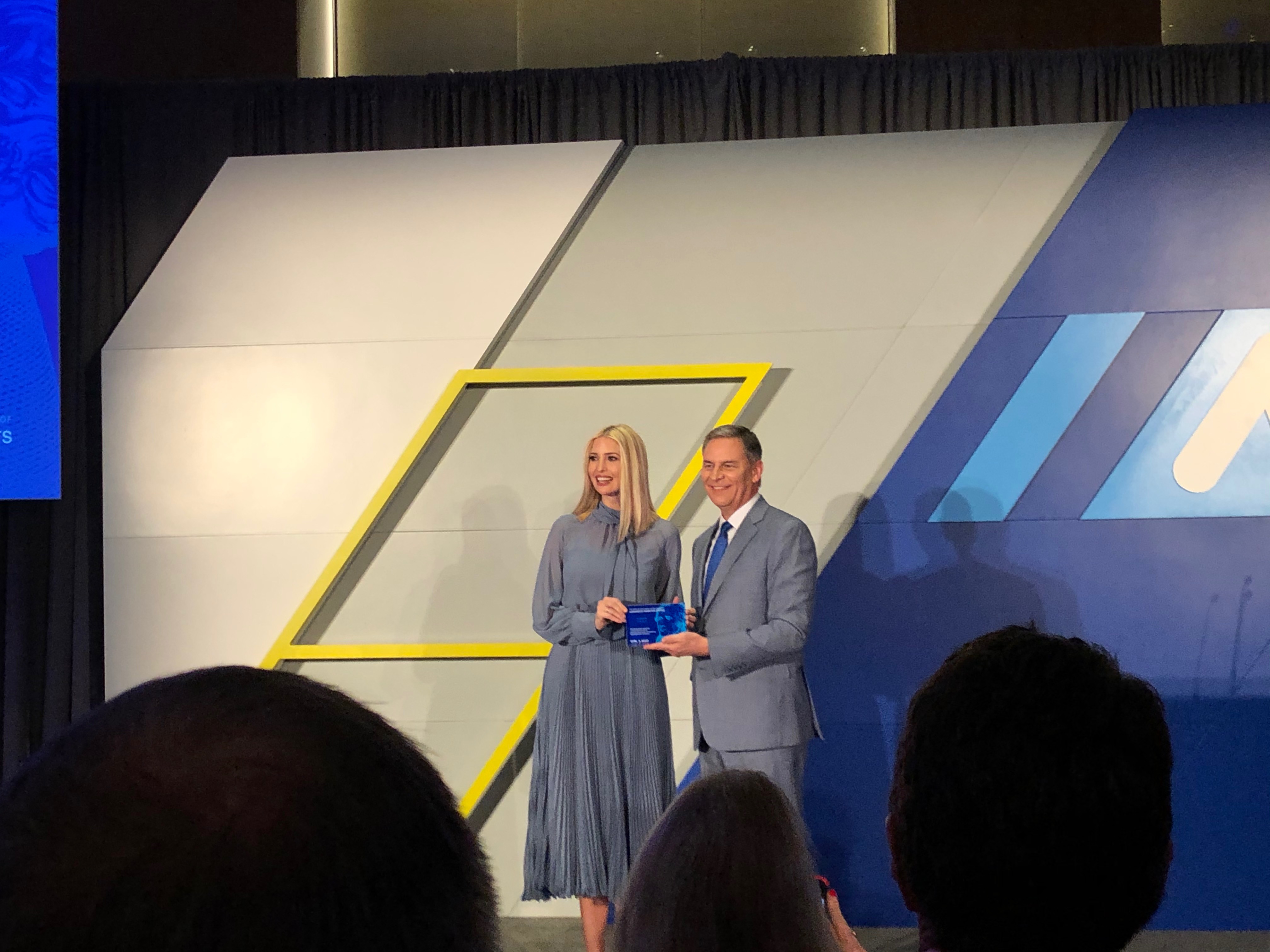 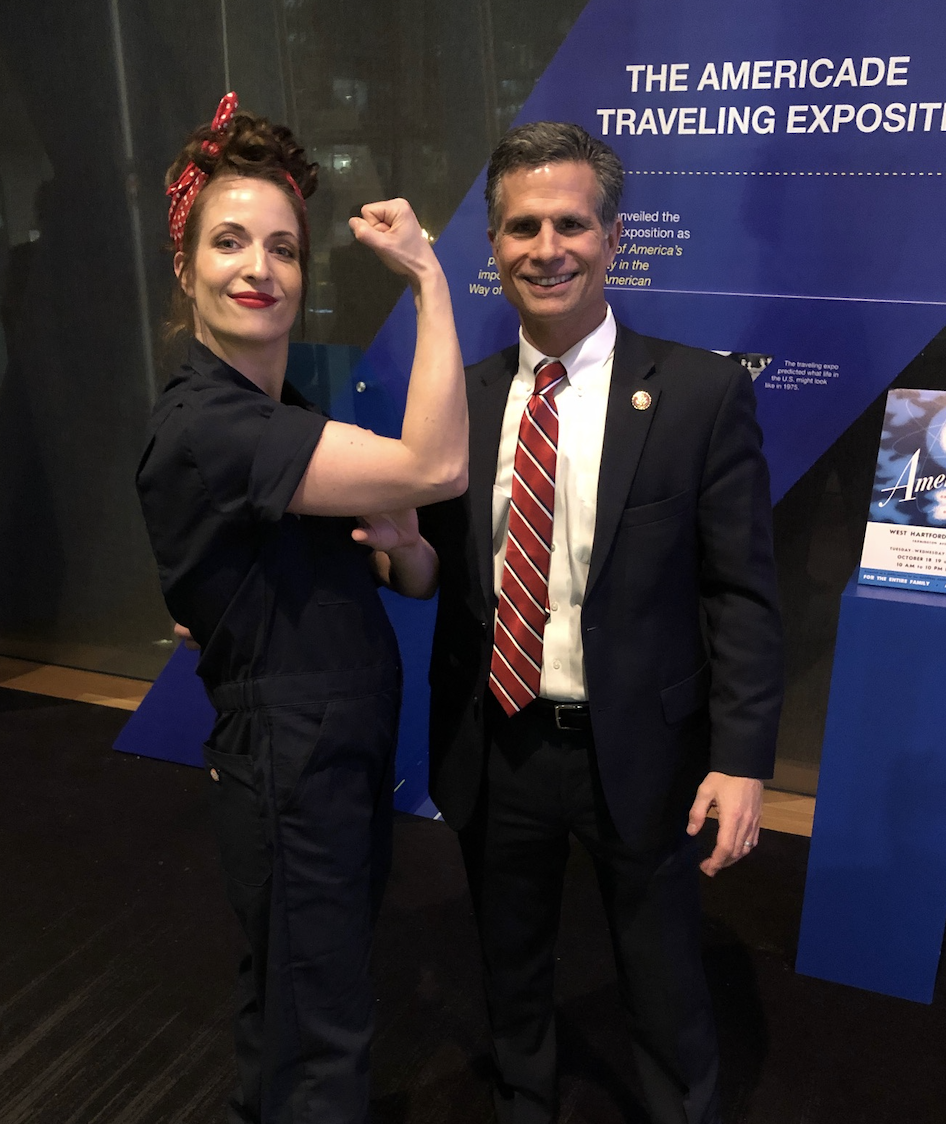 The President’s Budget for America’s Future doesn’t saddle future generations with debt. To ensure that we always maintain fiscal restraint, I introduced the BASIC Act to provide a full outlook on how new federal spending impacts national debt. This is common sense.

In that same vein, I recently spoke at a recent hearing with Acting Director of the Office of Management and Budget Russell Vought about the budget about the issue of a runaway national debt. Thankfully, the President’s budget proposal exercises fiscal restraint, roots out waste, fraud, and abuse, and focuses funding in critical areas like national defense, skills training, and veterans. President Donald J. Trump leads from the front, proving the government can do more with less. I applaud Acting Secretary Russell Vought on working to reform government, not reduce available programs.

This week, I attended a meeting alongside the Republican members of the House Budget Committee with the Office of Management and Budget Director and Staff to discuss the President’s budget in detail. 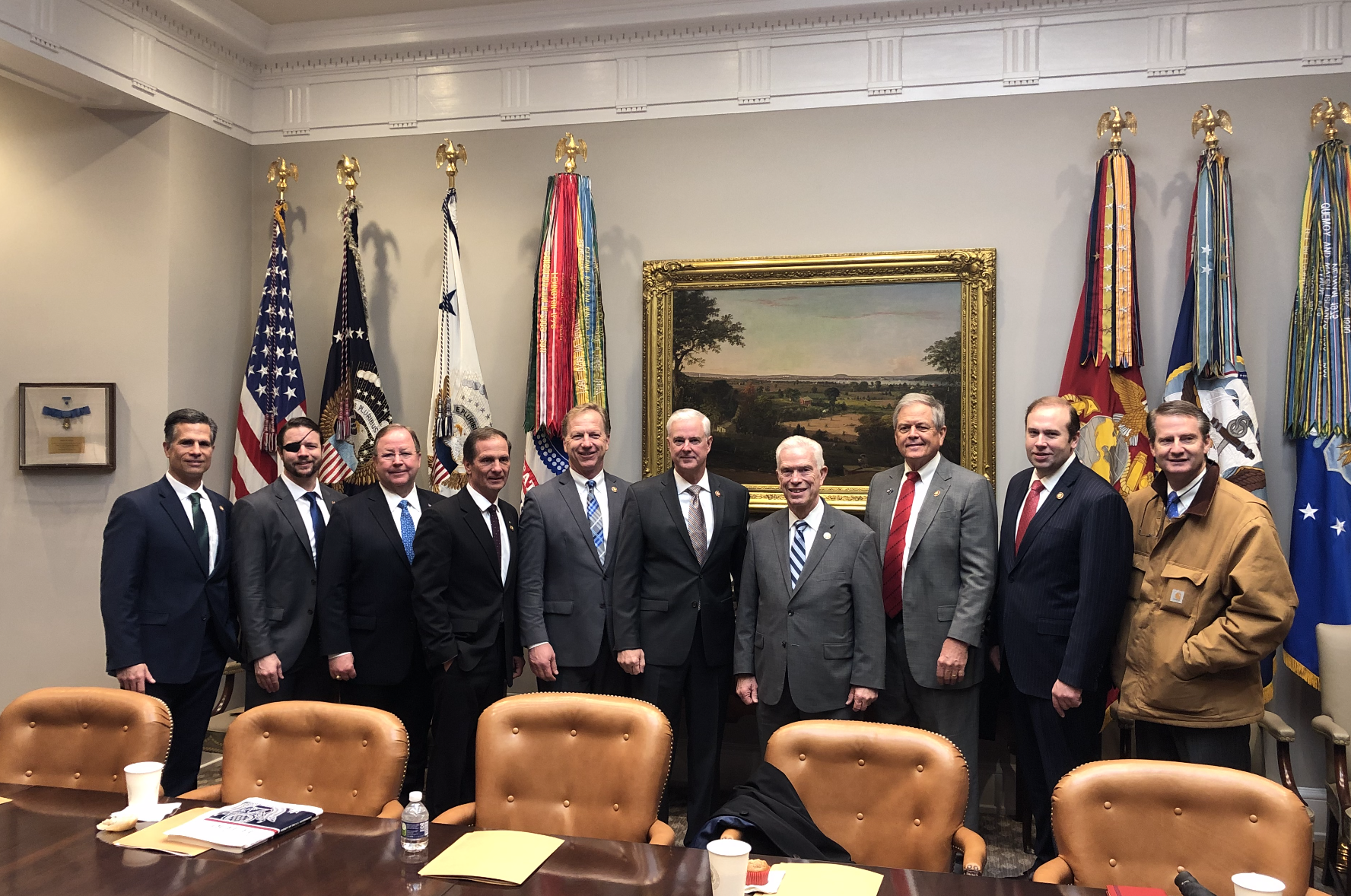 In News You Won’t Read In The Mainstream Media: President Trump and Congressional Republicans are investing in forgotten communities. These policies are spurring investment to revitalize hurting communities and unleash their economic potential.

One of my top priorities is to foster economic revitalization in our District. We have 10 Opportunity Zones tracts in our District. This program will help to create an opportunity for all by spurring new jobs, promoting long-term investment, and building greater prosperity for generations to come. The Opportunity Zone incentive offers capital gains tax relief to investors for new investment in designated areas. Investment benefits include deferral of tax on prior gains as late as 2026 if the amount of the gain is invested in a Qualified Opportunity Fund. The benefits also include tax forgiveness on gains on that investment if the investor holds the investment for at least ten years. (Pictured below at a meeting last year with White House officials in Tamaqua discussing federal Opportunity Zones) 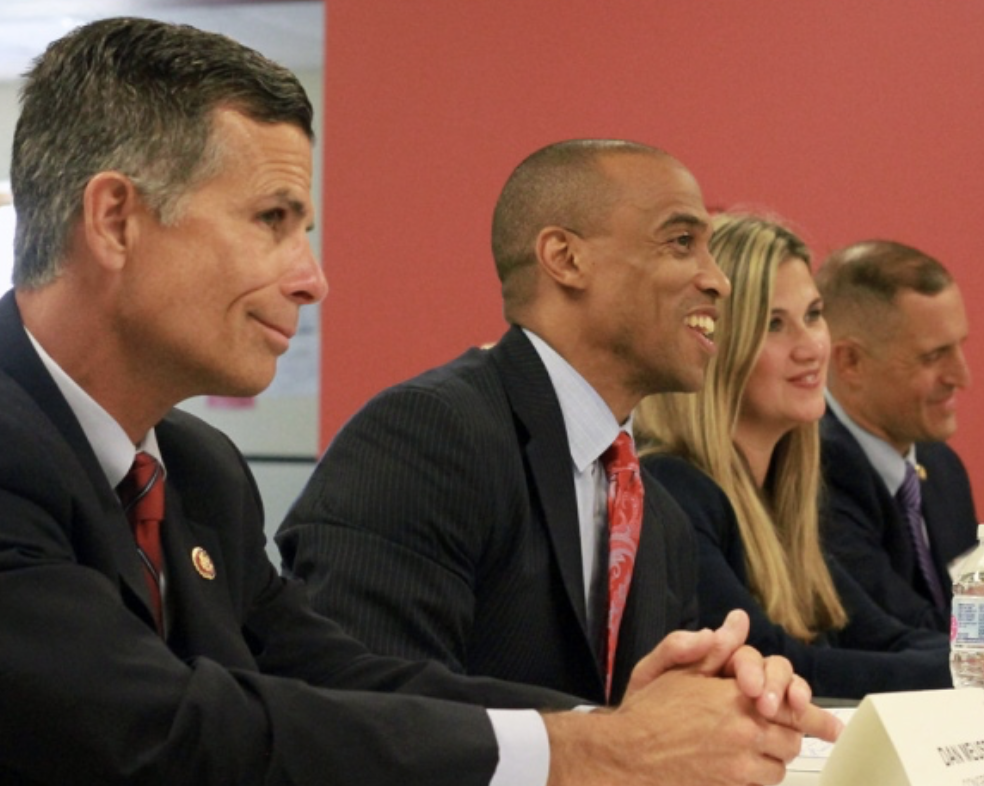 This week, I penned an editorial that ran in the Wilkes Barre Times-Leader regarding the House Democrat’s failed impeachment effort. The editorial was entitled, “Let’s bridge troubled waters,” and can be read by clicking here. I have spoken at great lengths about the impeachment efforts and how they were a completely partisan witch-hunt against our President. My hope is that with this sad chapter in American history in our rearview mirror, Democrat leadership in the House will be willing to work with Republicans to start working on the priorities that are truly important to Americans.

Meanwhile, the Democratic Party's presidential contest continues to be an unmitigated disaster. Each candidate continues to promote agendas that are far-left and it does not appear they are any closer to having a nominee. Every Primary Election has proven one thing... President Trump is in a solid position and I believe the below political cartoon encapsulates the current state of the race. 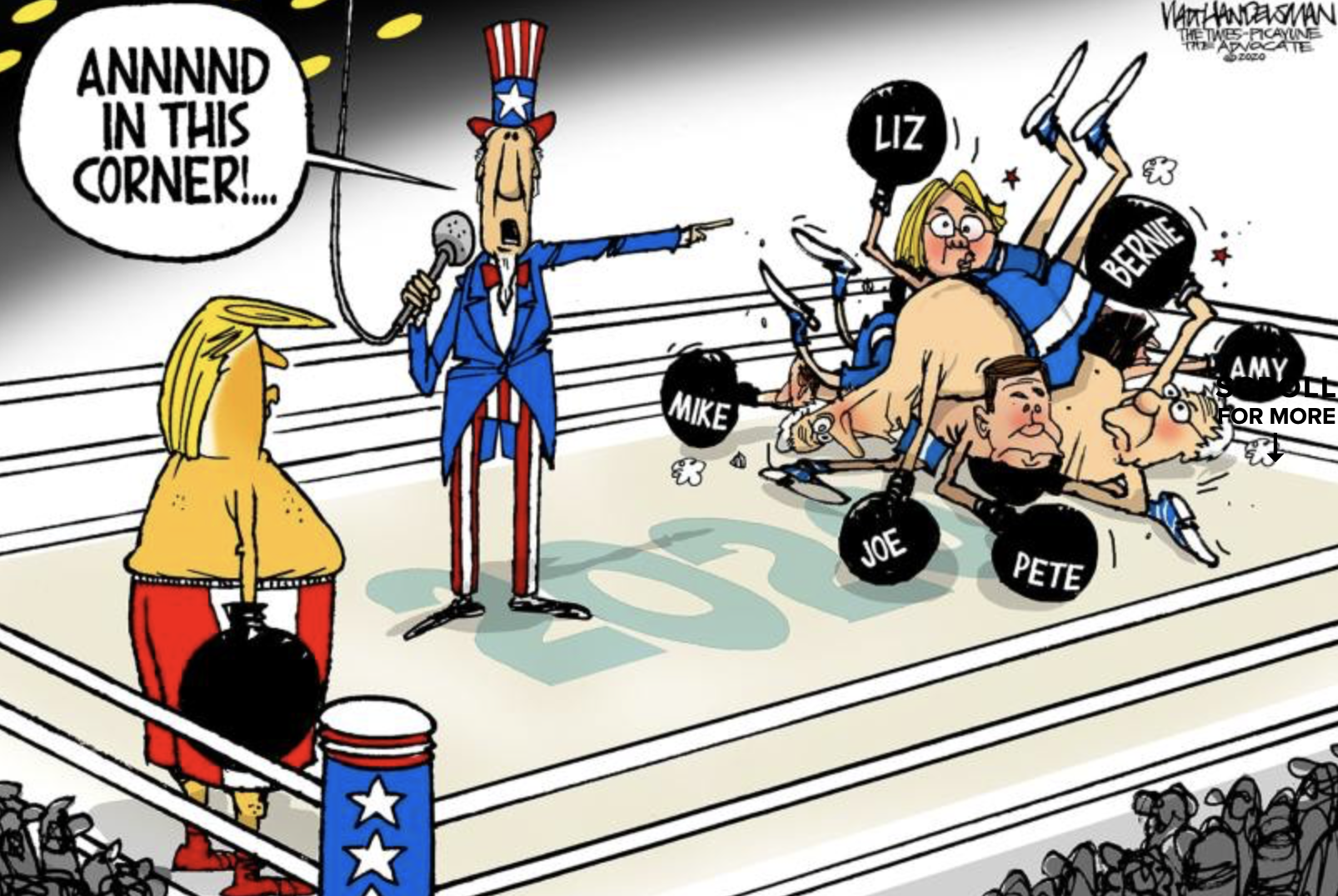 On the Campaign Trail: Our team continued to travel around the District attending events and collecting petition signatures.

We attended a Young Republican petition signing party last weekend with an impressive group of young patriots. We had a great conversation about current affairs. 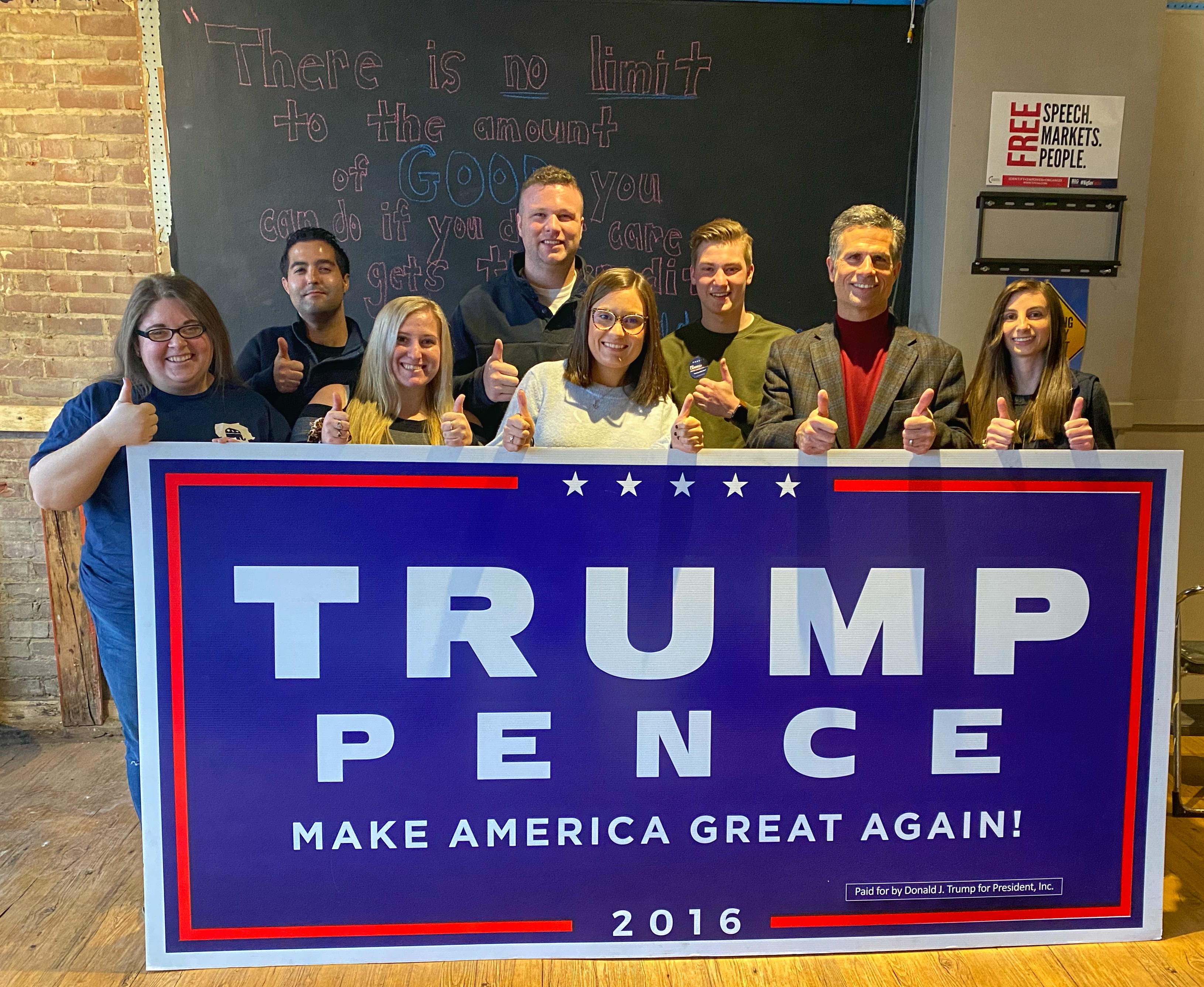 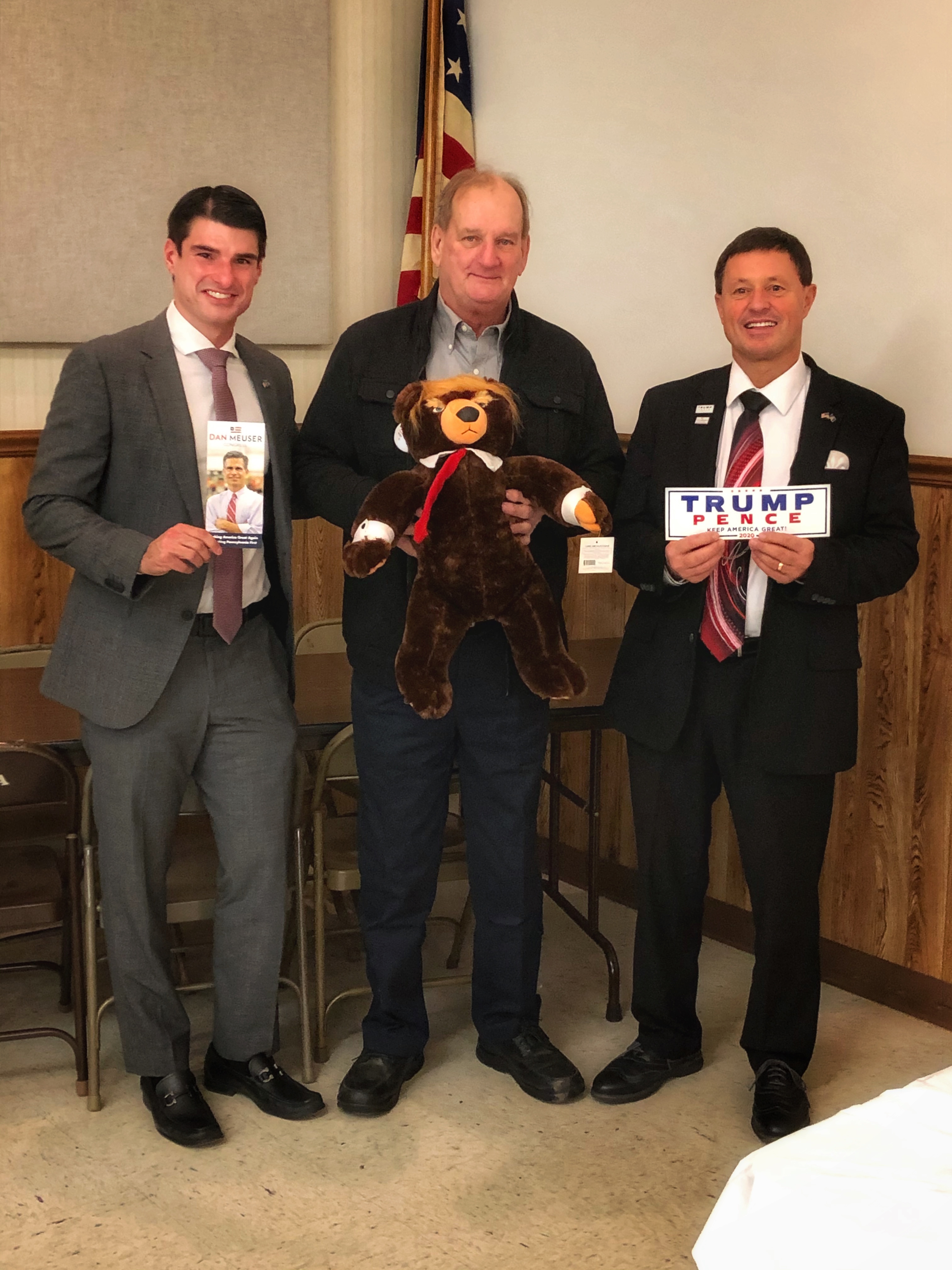 Today, President Trump and First Lady Melania Trump will take a lap in The Beast prior to the start of the Daytona 500. Keeping America Great. Start Your Engines. 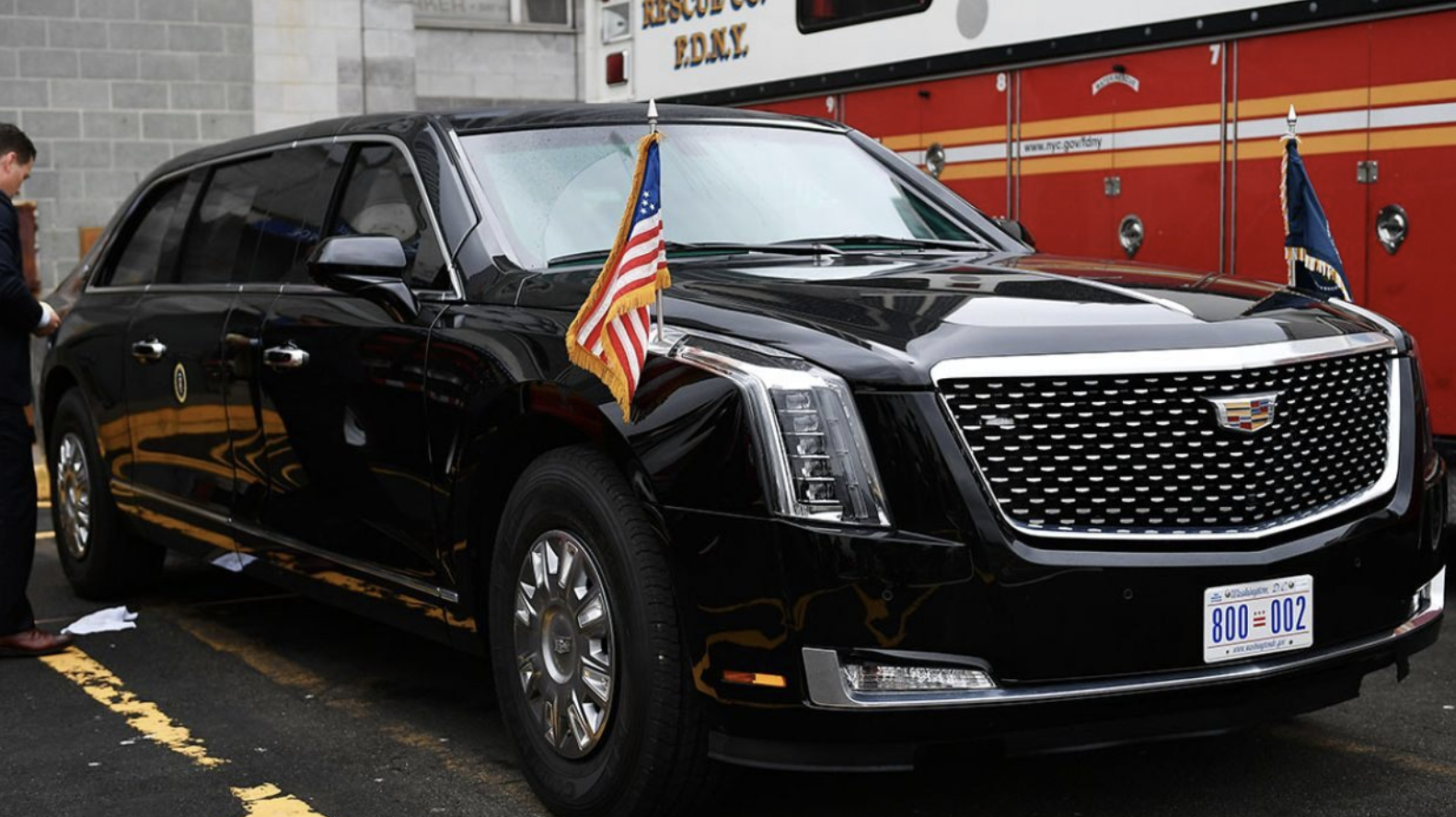 On a final note, I enjoyed a very proud moment as a father as I was afforded the opportunity to congratulate the Dallas High School Mountaineers football team, the team my son competed on, for their great season last year. Dallas High School finished as the runner-up for the Pennsylvania State AAAA Championship.