First and foremost, I hope you had a great holiday season and best wishes for a very Happy New Year! In 2023, I will build on the work done as the congressional representative in the 9th District. Now that the GOP is in the majority and I have new committee assignments, I will focus on strengthening our economy, lowering energy costs and inflation and advocating for small businesses and farms. In addition, we will hold the government more accountable to the people we serve, protect our national security, including the border, and bring fiscal responsibility to government spending. Our congressional staff delivers exceptional constituent services, but we will reach a higher level at home. We will also be focused on many revitalization projects to advance our area. Overall, my New Year's resolution is to have a renewed and improved commitment to public service.

As you have read in the national news reports, the House of Representatives has been in session working to elect a Speaker of the House. Throughout this process, I have been open and honest in expressing my support for Congressman Kevin McCarthy’s bid for the speakership. Kevin McCarthy is a patriot. He is hard-working. Kevin McCarthy is a conservative. Kevin is honest, tough, and focused on doing what is best for the vast majority. Unfortunately, I think electing a Speaker of the House took longer than necessary. It delayed action the Republican House must take immediately to undo the damage caused by the Biden administration and Biden Democrats. That is why other Republican leaders, like President Donald Trump, Congressman Jim Jordan, and former Speaker of the House Newt Gingrich, are strongly supporting Kevin McCarthy. 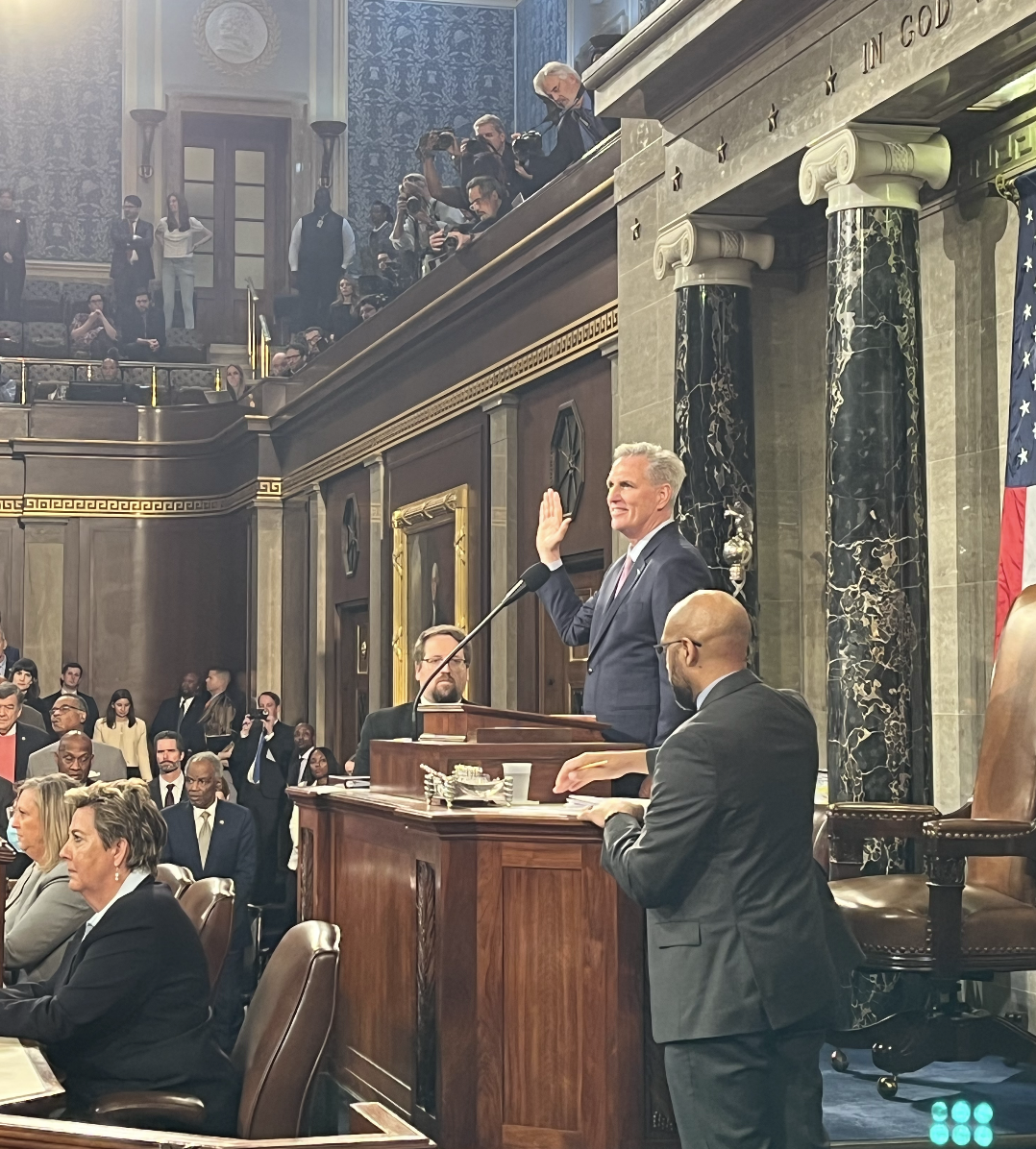 I want to congratulate Speaker Kevin McCarthy on his election. He will be a great leader, and the process we went through, while messy, will make our caucus stronger in the future.

I am pictured below with my colleague and football great Burgess Owens, awaiting the results of the final vote for speaker. (By the way, I think he’s going to want his Super Bowl ring back) 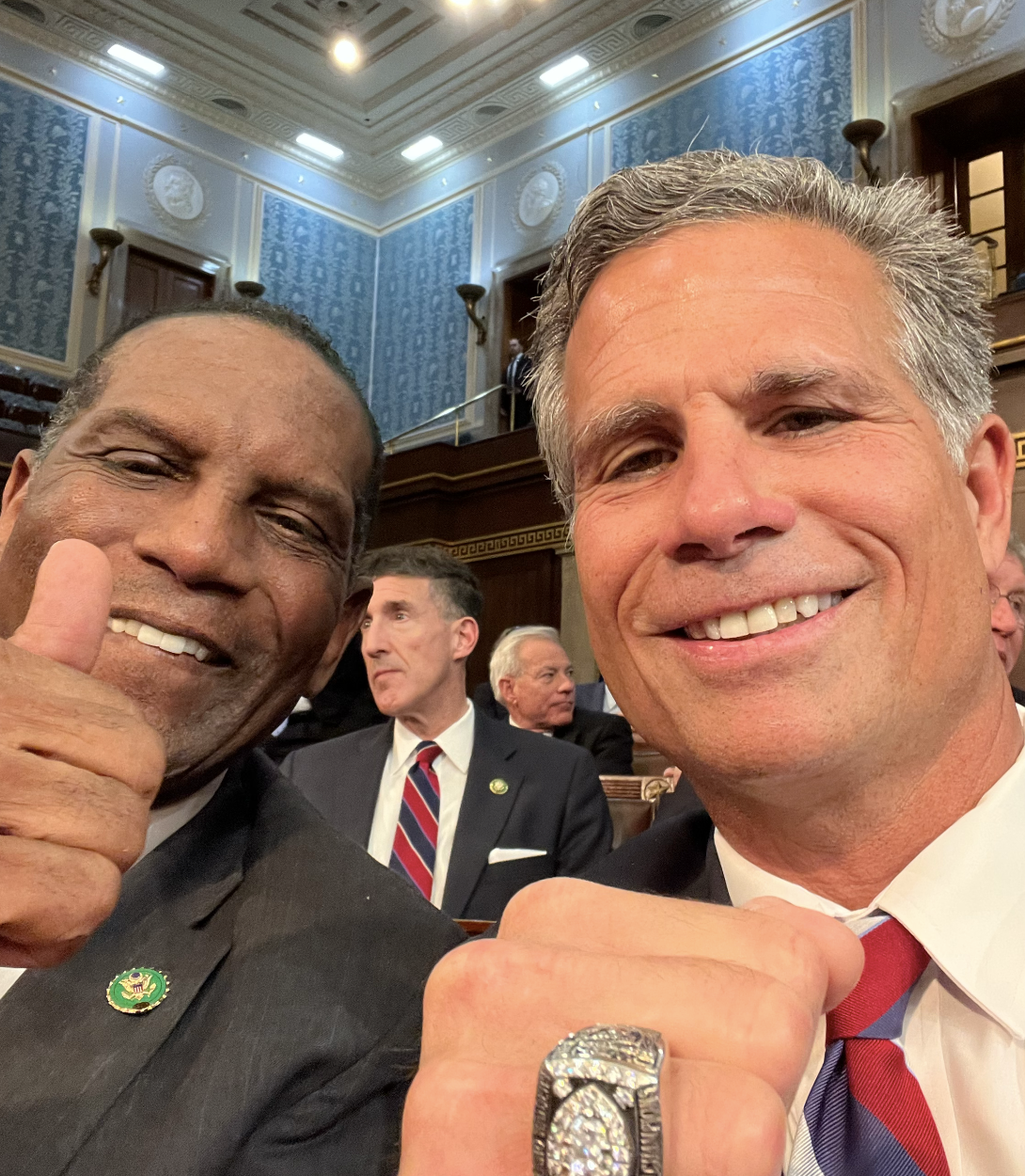 I joined Mornings with Maria on Fox Business to discuss the importance of moving forward to do what’s best for the future of our nation by coming together and supporting Kevin McCarthy as Speaker. Click here or below to watch my interview. 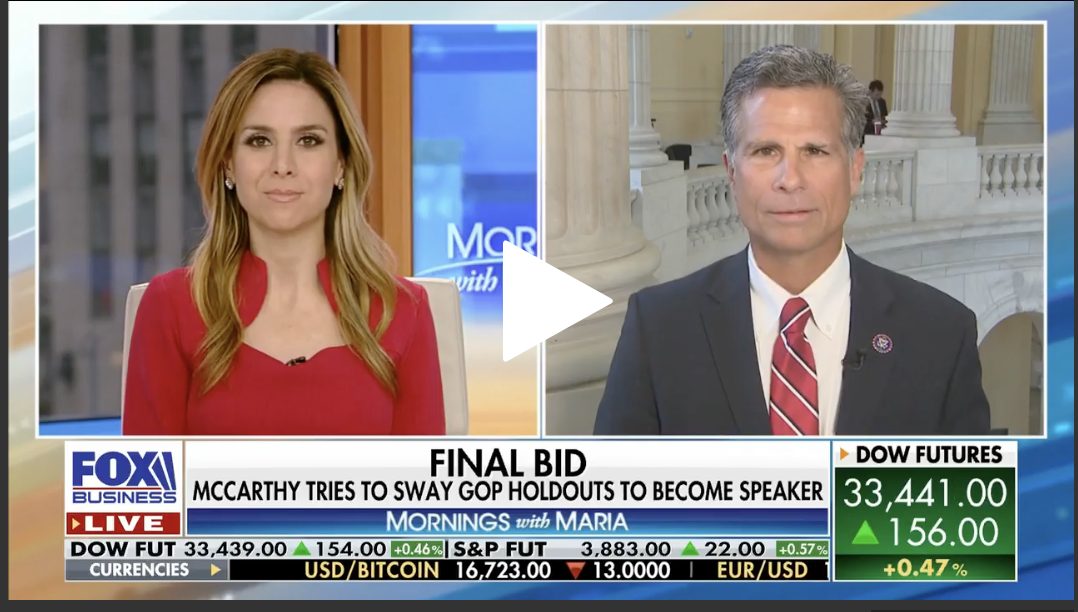 I appeared on Newsmax to discuss the election for Speaker multiple times this week. On Monday, I appeared on National Report to discuss my support for Kevin McCarthy and the negotiation process with those opposing his candidacy for the speakership. Click here or below to watch my interview. 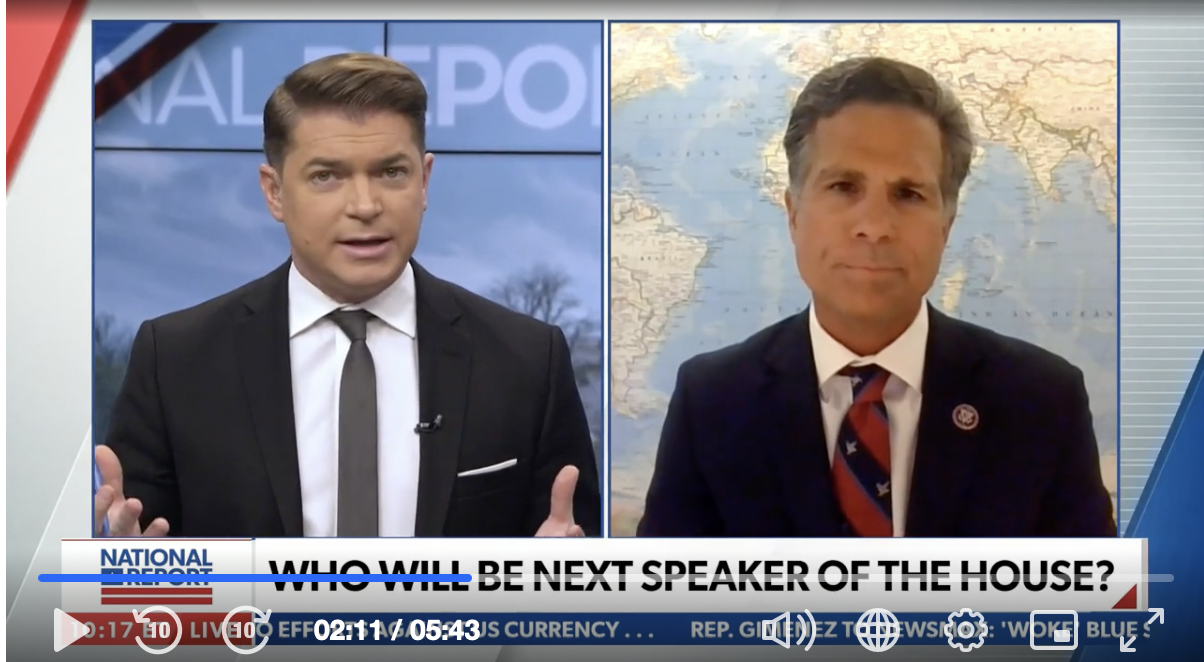 On Wednesday, I again appeared on Newsmax’s Wake Up America to discuss the importance of coming together for the greater good of our nation. I truly believe that the progress and negotiations between Kevin McCarthy and those who opposed his bid for Speaker were fruitful and will improve the business of the House. Click here or below to watch my interview. 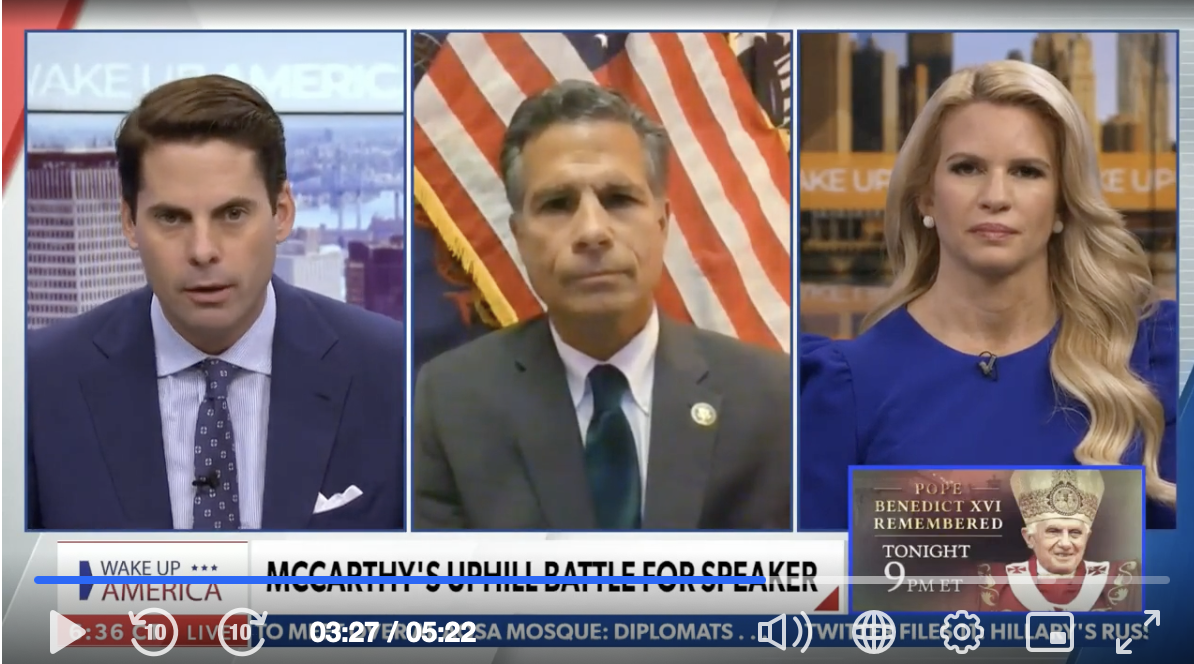 I joined Newsmax’s American Agenda on Thursday to discuss the speaker's election again. I stressed that it was not the time for the opposing side to continue moving the goalposts as it relates to demands. Instead, it’s time to elect Kevin McCarthy as our Speaker and get to the business of the people. Click here or below to watch my interview. 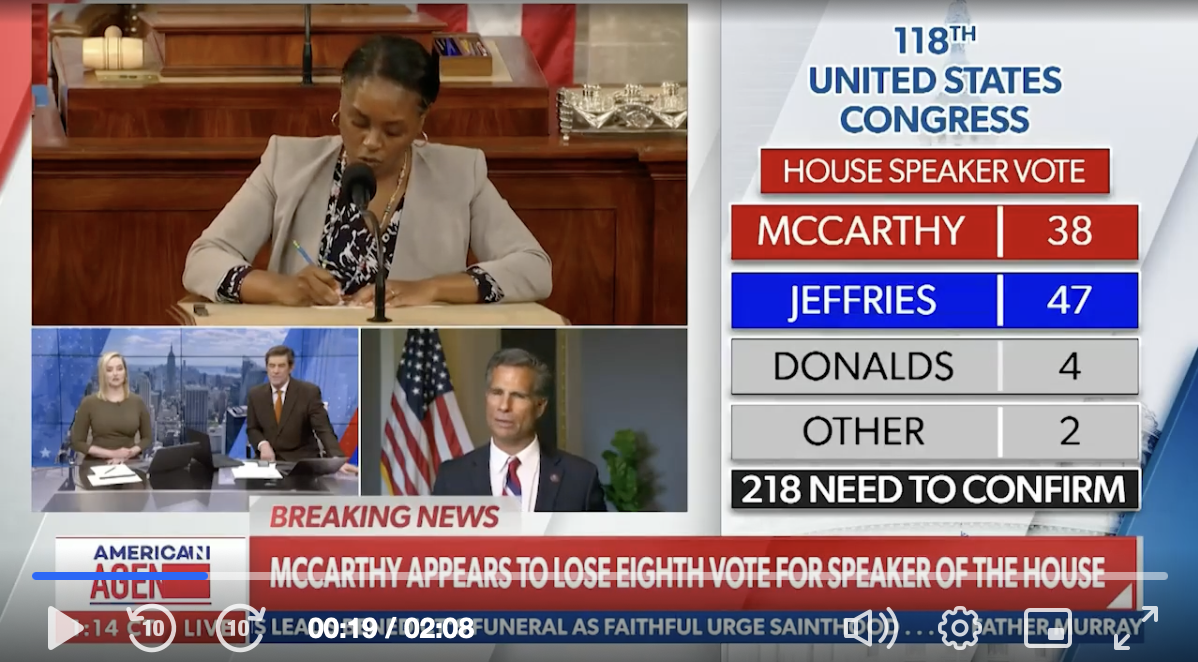 Debate and dissent can be healthy. Unfortunately, the delay in electing a speaker took time away from important work that must be done. We should have already defunded 87,000 IRS agents who would do nothing but go after small businesses. We should be setting up committees to bring accountability to the various issues that we were elected from Hunter Biden to FBI issues to Biden’s botched Afghanistan withdrawal to the origins of COVID. I appeared on Newsmax’s National Report to discuss the leadership elections and the important work the House has on its plate. Click here or below to watch. 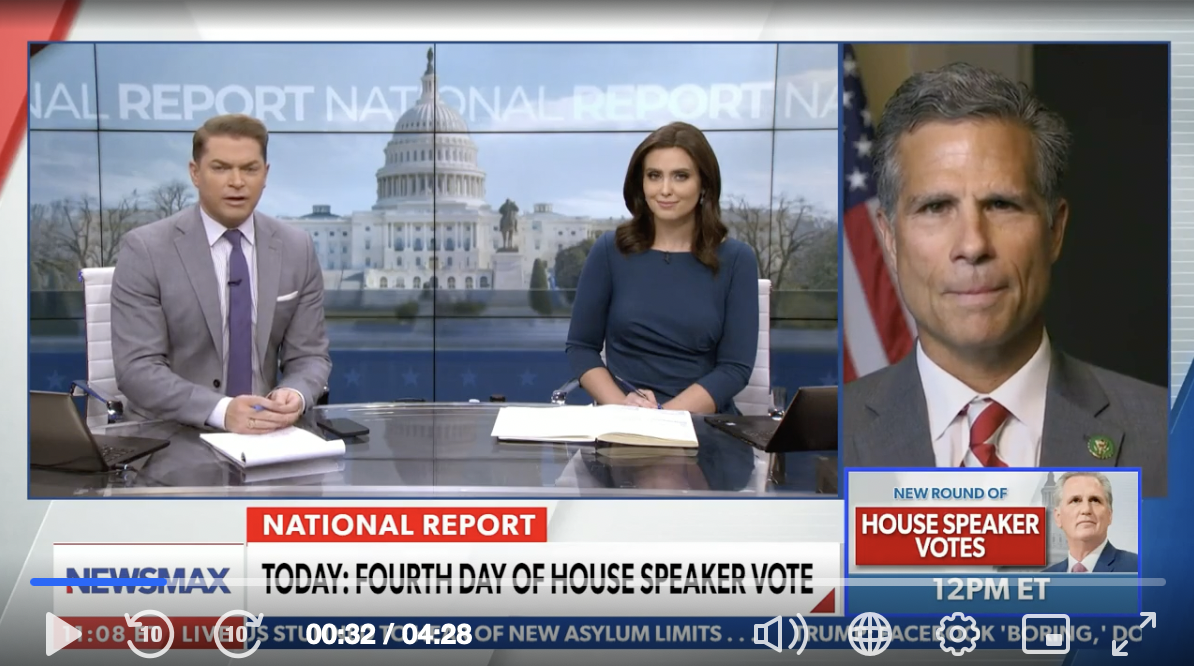 IN NEWS YOU WON’T HEAR IN THE MAINSTREAM MEDIA:The Biden administration continues implementing policies that have driven our economy further into a hole. This month, Biden’s policies delivered another month of falling wages and surging prices. 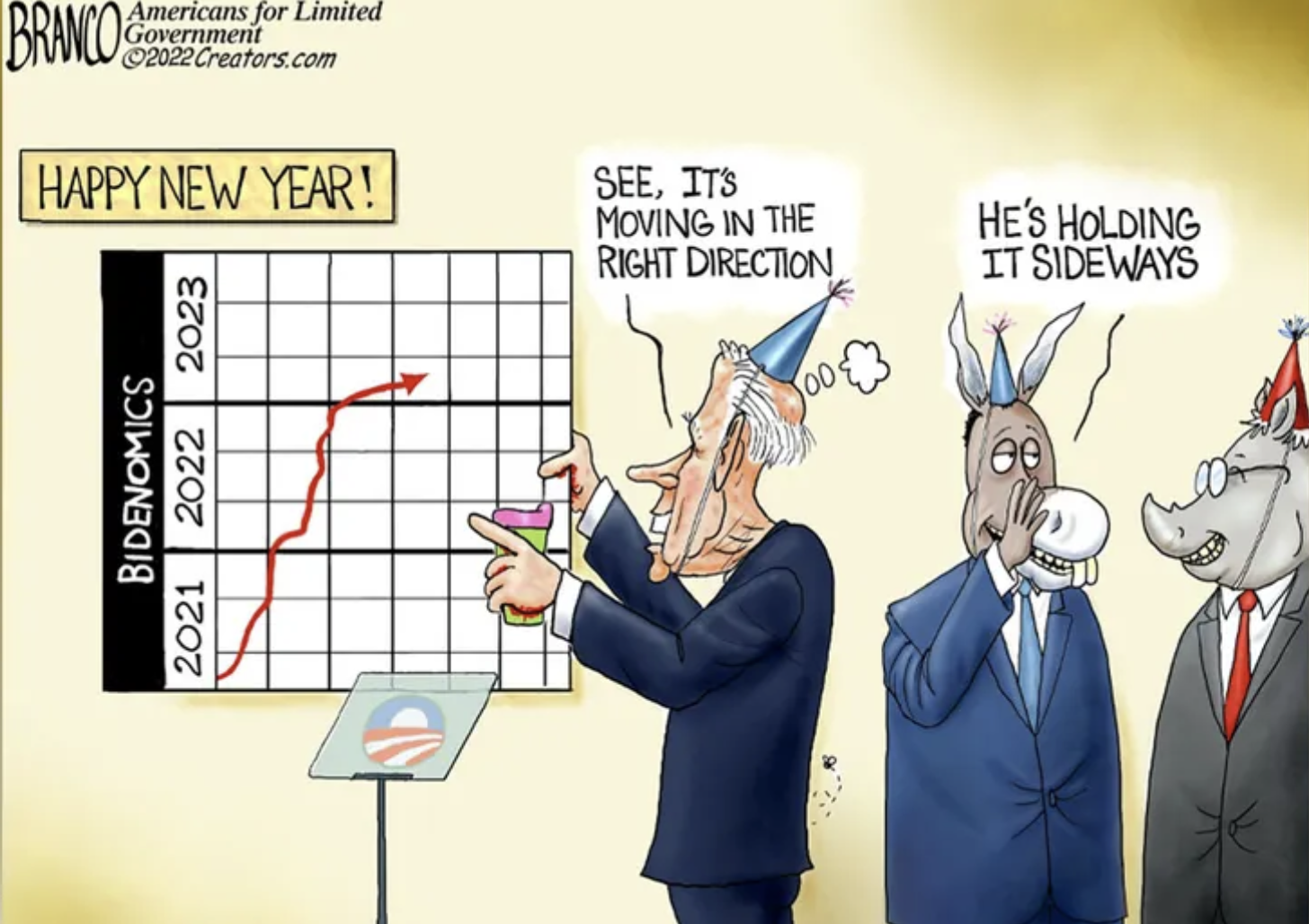 ​THE WORST JOBS REPORT OF THE BIDEN PRESIDENCY

AMERICANS ARE POORER TODAY THAN WHEN BIDEN TOOK OFFICE

This is just another reminder of why it was so critical we elect Kevin McCarthy as our speaker and get to work for the American people. The Biden administration and Biden Democrat’s economic policies have been a disaster. We must get to work undoing the big-government, anti-free enterprise policies plaguing America’s working families.

As I have stated previously, democracy can be messy at times. But I genuinely believe the Republican Party and the House of Representatives will be better for going through this process. I’m excited to get to work on behalf of you and the American people.