Good morning and welcome to our Week-End Update!

First of all, I want to wish everyone a happy, healthy and prosperous 2020! 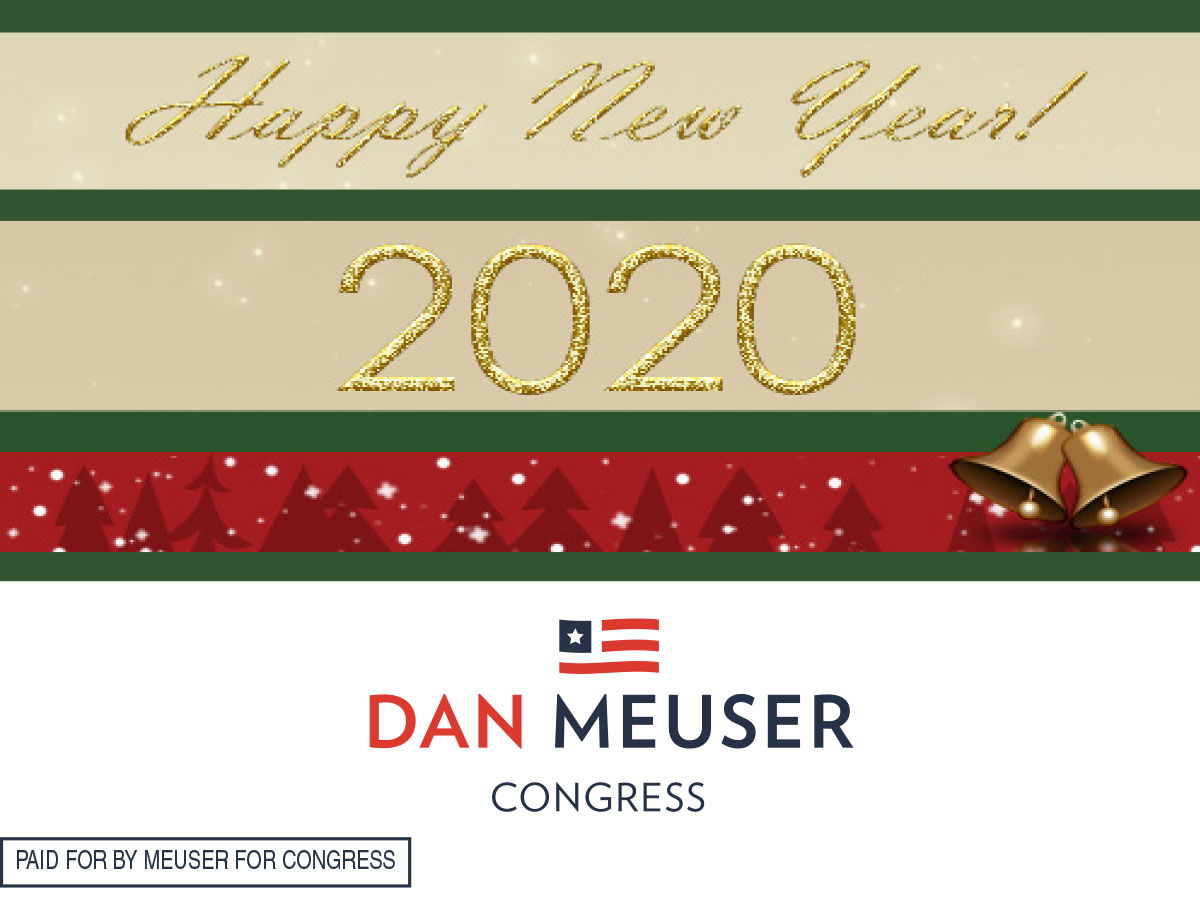 For our country, we have some important decisions to make in November. It is critical that our country vote to re-elect President Donald J. Trump and elect a Republican majority in the U.S. House of Representatives. The Democratic presidential candidates' consistent push of an extreme-left agenda coupled with the actions of Speaker Pelosi during the impeachment sham (Click here to read my op-ed regarding the impeachment) has only helped to reinforce the importance of the 2020 elections.

Events in the Middle East this week have highlighted the importance of having strong leadership guiding our country’s national defense. On Thursday, under orders from President Trump, the United States military carried out a strike that eliminated Qasem Soleimani, the commander of the Iranian Quds Force, a U.S.-designated terrorist organization.

Soleimani, who was responsible for the deaths of hundreds of Americans, had orchestrated many attacks on U.S. forces and diplomats in Iraq, including the recent events at the embassy in Baghdad, and was planning future attacks. Soleimani is an internationally recognized terrorist, by many countries, and reports show he was feared and despised by much of the Iranian population, particularly the younger generation. Unfortunately, this situation has caused the media as well as some elected Democrats in Congress to reach a new low. They are not only defending Iran's role in sponsoring terrorism, but they are heaping accolades and praise on a killer directly and indirectly responsible for the maiming and killing of Americans and military personnel. Politics is one thing, but to praise this known terrorist while harshly criticizing and even condemning our President for ordering such action is a new low. It's truly beyond sad to watch and hear.

The United States will always defend its national interests, both at home and abroad. The Iranian-backed Hezbollah militia, a militia created by Soleimani, attacked and killed an American citizen and wounded four of our brave American soldiers. Soleimani and his cohort, who was also killed in our strike, were responsible for the attack on our U.S. embassy. I commend the President’s efforts to protect American lives.

The 82nd Airborne U.S. Marines deserve our entire country's praise and prayers for being on the frontlines of America's defense and protecting us against this aggression. We must keep them and all military personnel who put their lives on the line for our country in our thoughts and prayers.

Earlier this week, I appeared on Fox Business’s Mornings with Maria to discuss the conflicts in the Middle East, the recent anti-Semitic attack in New York and the sham impeachment effort. Click here to watch. 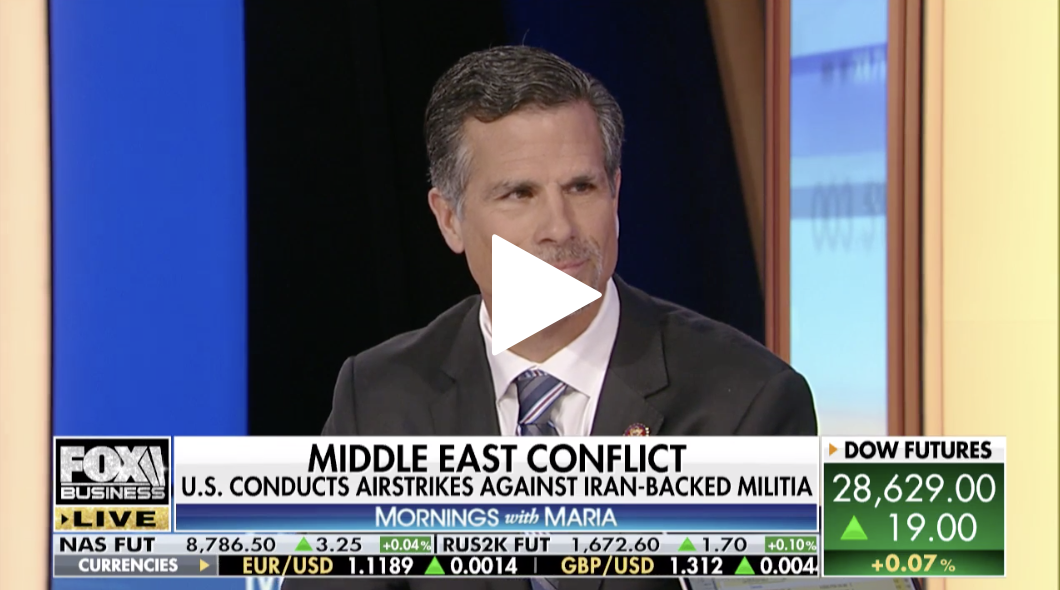 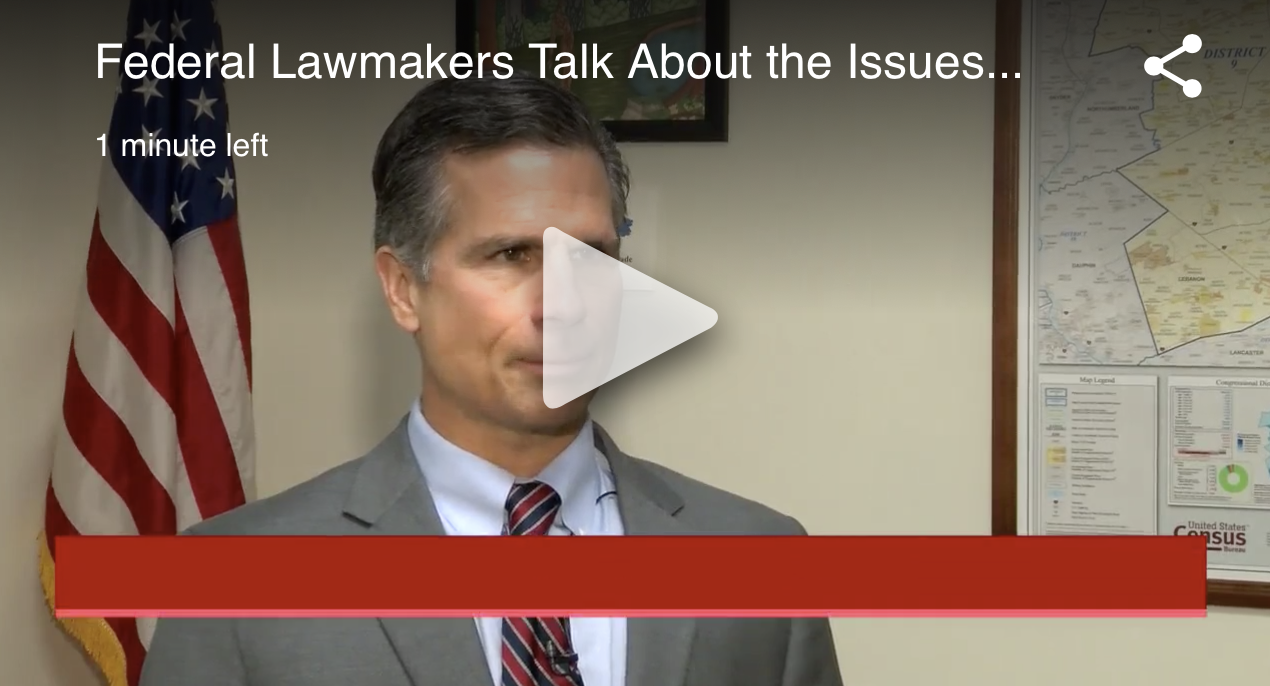 In News You Won’t Hear In the Mainstream Media:We recently celebrated the two-year anniversary of the passage of Tax Cuts and Jobs Act in 2017, and the country has a thriving economy, stronger borders and a more effective and responsive government under the leadership of President Trump.

President Donald Trump and House Republicans have gotten done for the American people in 2019:

Folks, things are moving in the right direction and the America First agenda is working. Imagine if President Trump had a U.S. House of Representatives that was helping him instead of trying to impeach and hold-up the progress of our nation. American families would be doing even better. That is why Republicans must win back control of the U.S. House.

In the District, in between spending some great family time during the Christmas and New Year’s holidays, I was able to attend swearing-in ceremonies in Schuylkill and Berks Counties.

Pictured below with Schuylkill County Clerk of Courts Maria Casey. 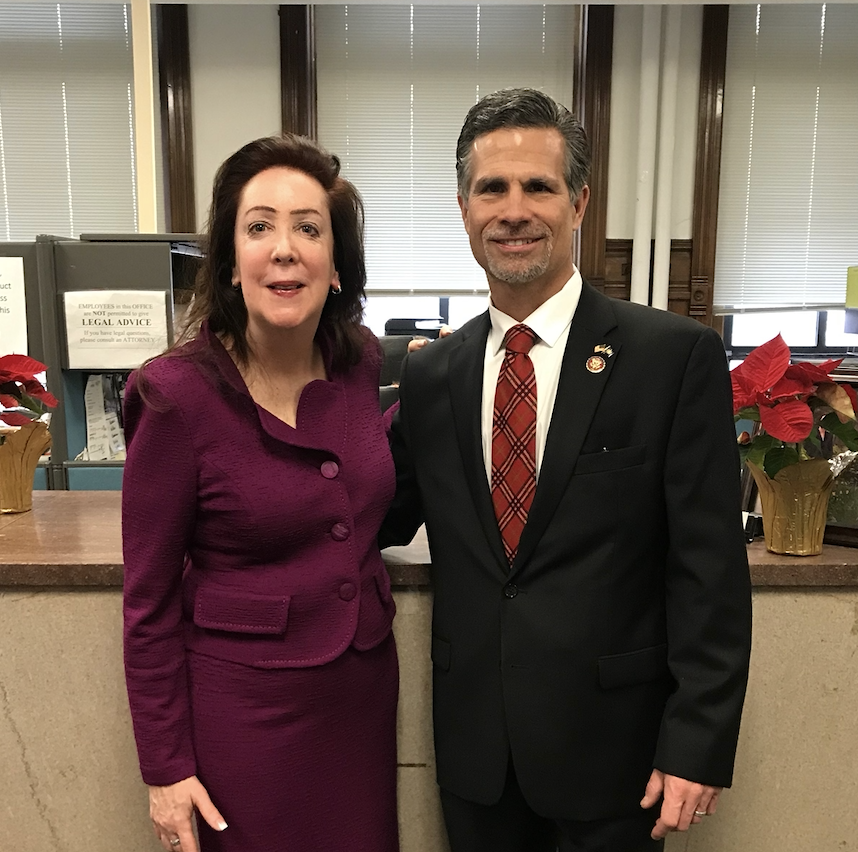 Pictured below with Schuylkill County Chamber President Bob Carl, Chairman of the Board Ed Winkelbauer and Board member Jamie Barton. 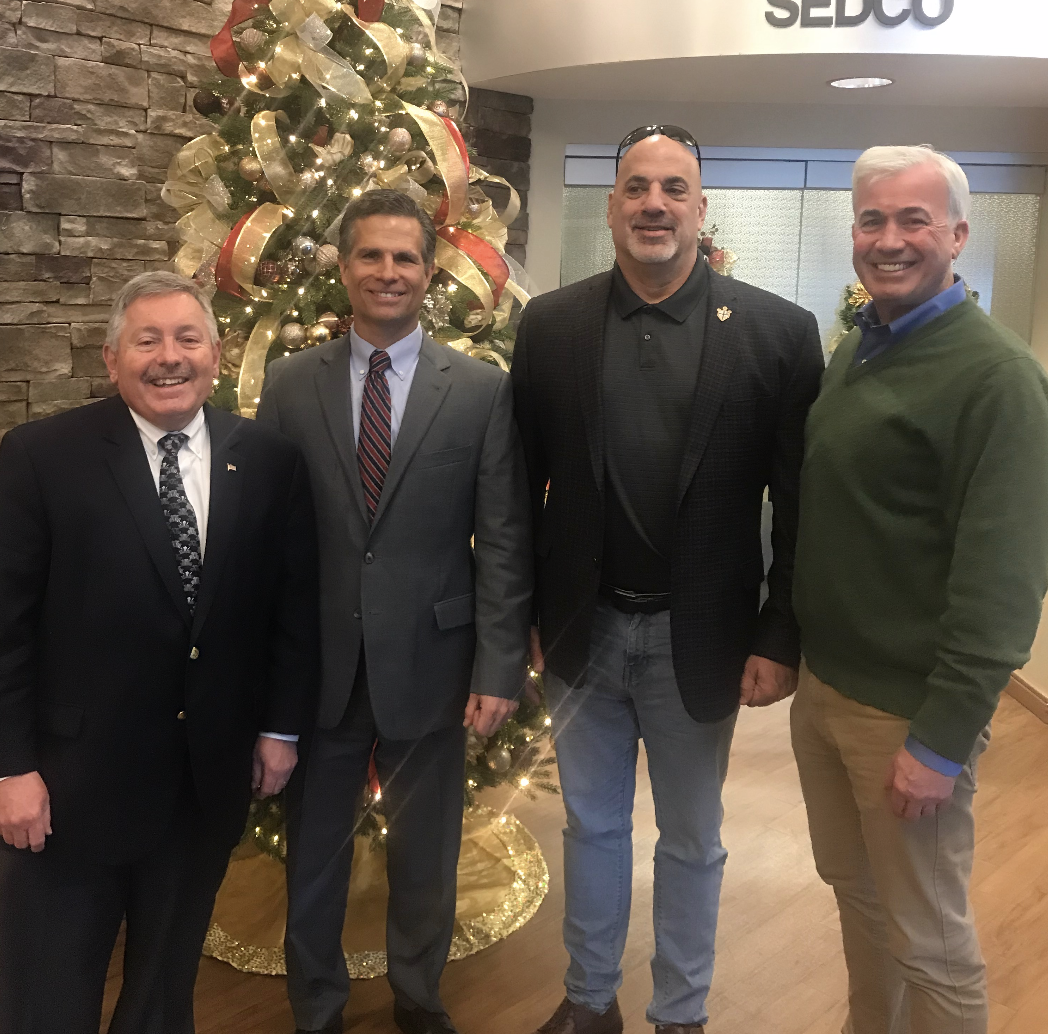 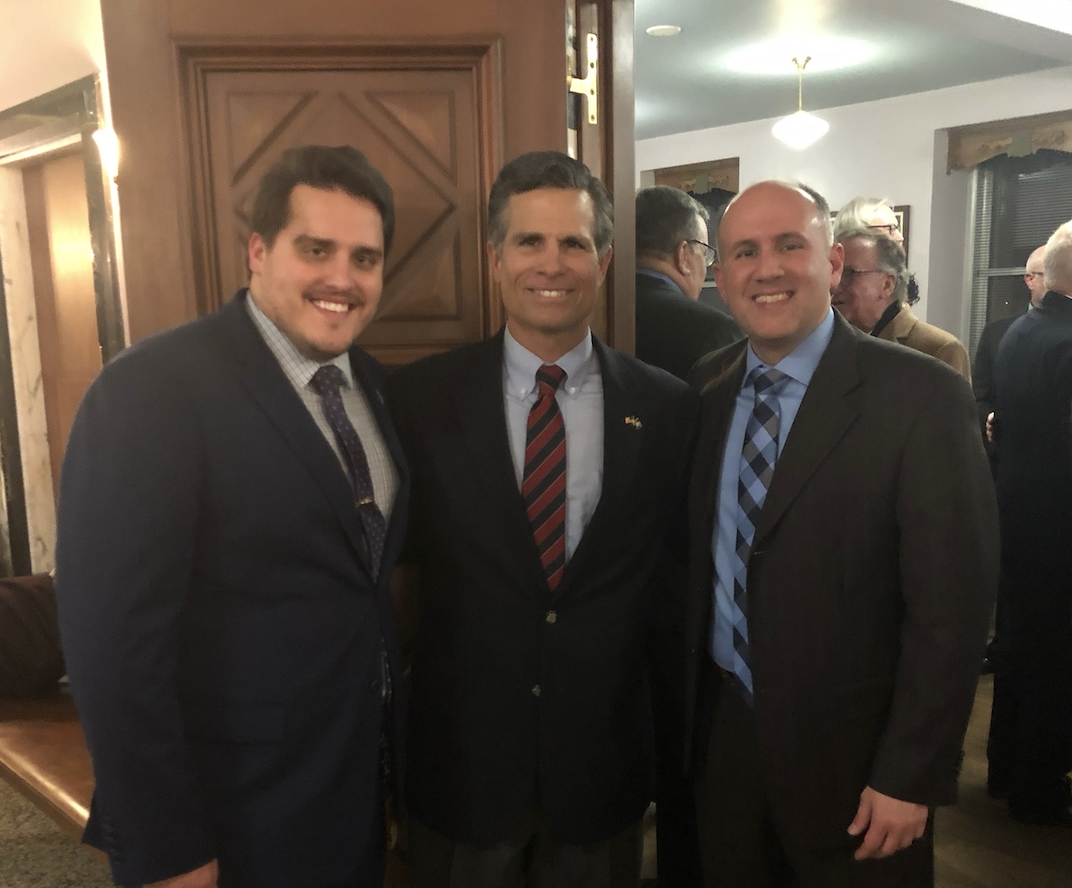 I also attended an event honoring Carbon County’s flip from Democrat to Republican representation up and down the ballot. I want to thank Jean Papay for putting together such a successful event in Carbon County. 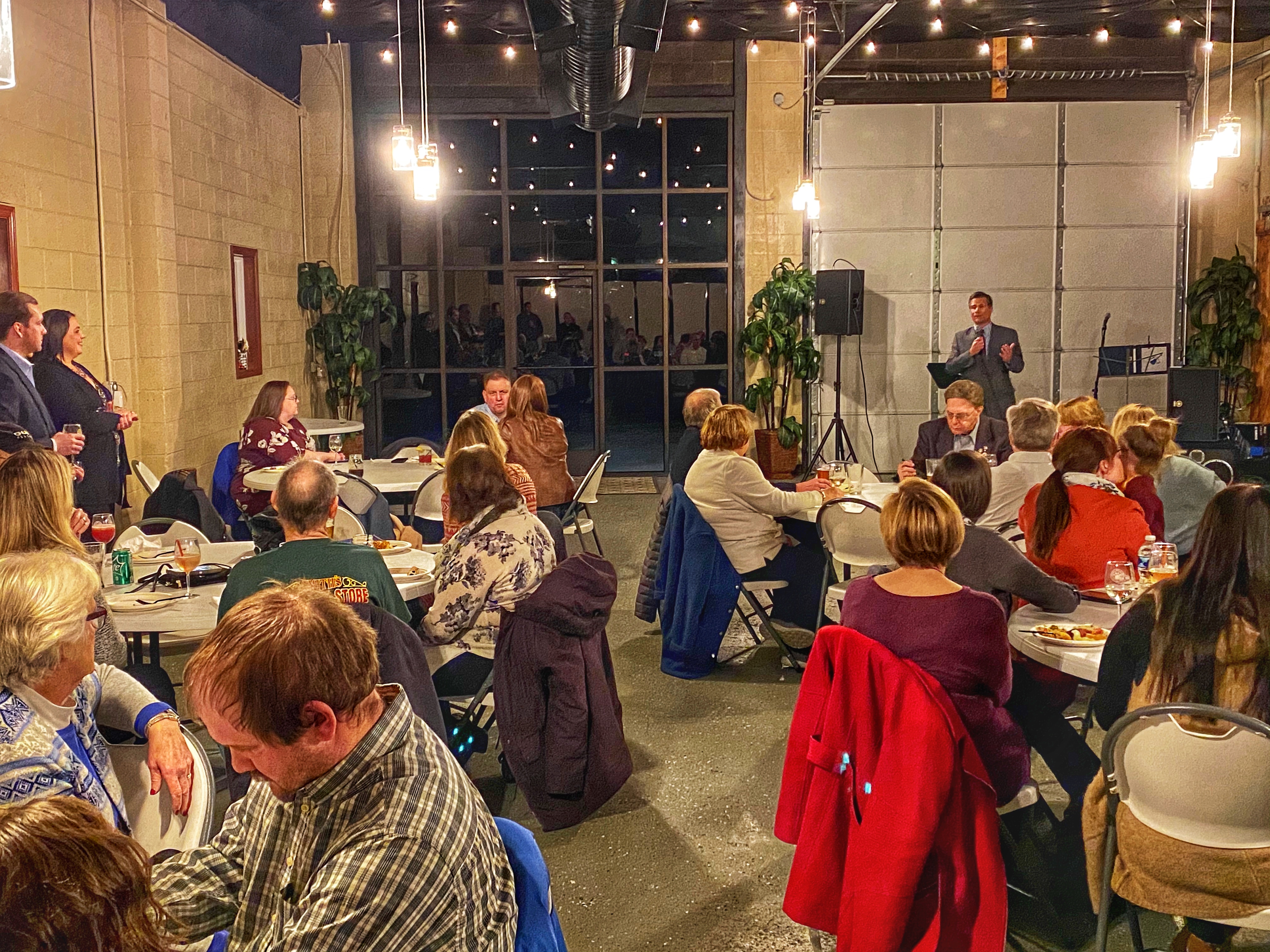 This weekend and throughout next week, I will be attending events at the Pennsylvania Farm Show. The Farm Show is an incredible event showcasing Pennsylvania’s largest industry – agriculture. The 9thDistrict is home to some of the most successful farmers in the Commonwealth and I look forward to seeing many of you over the course of the next few days. I would encourage everyone to attend this great Pennsylvania event… If you do attend, be sure to pick-up one of the world-famous milkshakes. In the first photo below I am cutting the ribbon with Governor Tom Wolf and other dignitaries to officially open the 104th Annual Pennsylvania Farm Show. 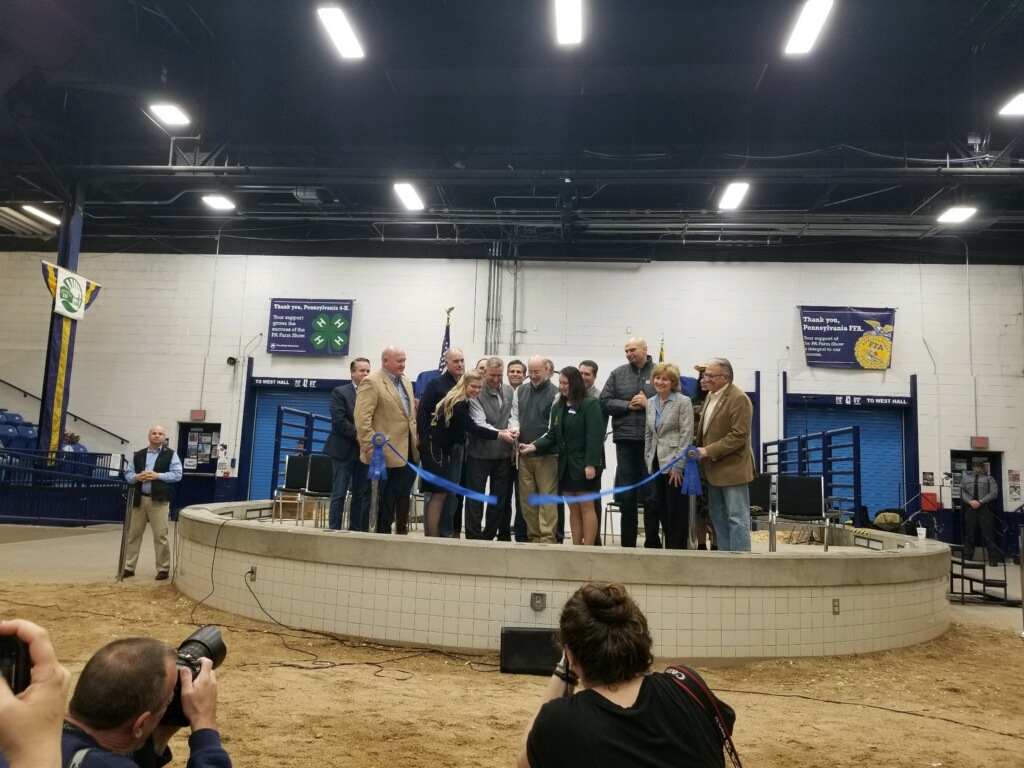 Pictured below with Pennsylvania Ag GOP Chair Mike Firestine and the Executive Director of the Pennsylvania Dairymen's Association Dave Smith. 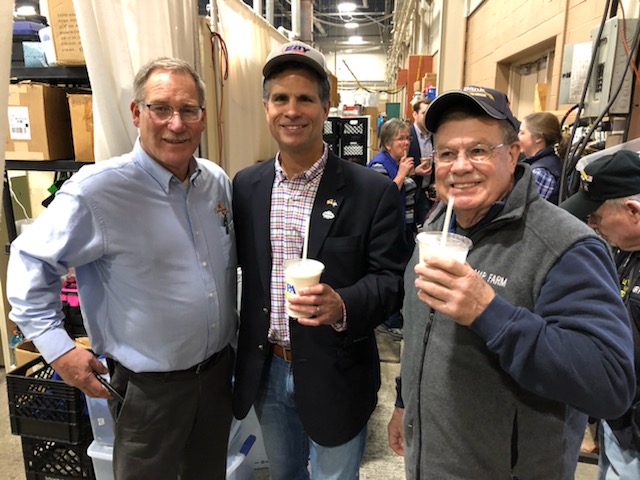 Pictured below with my fellow Congressmen G.T. Thompson, Scott Perry and a Vietnam veteran. 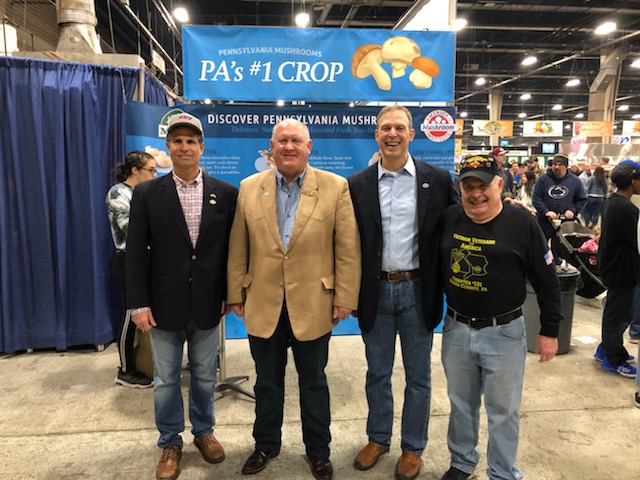 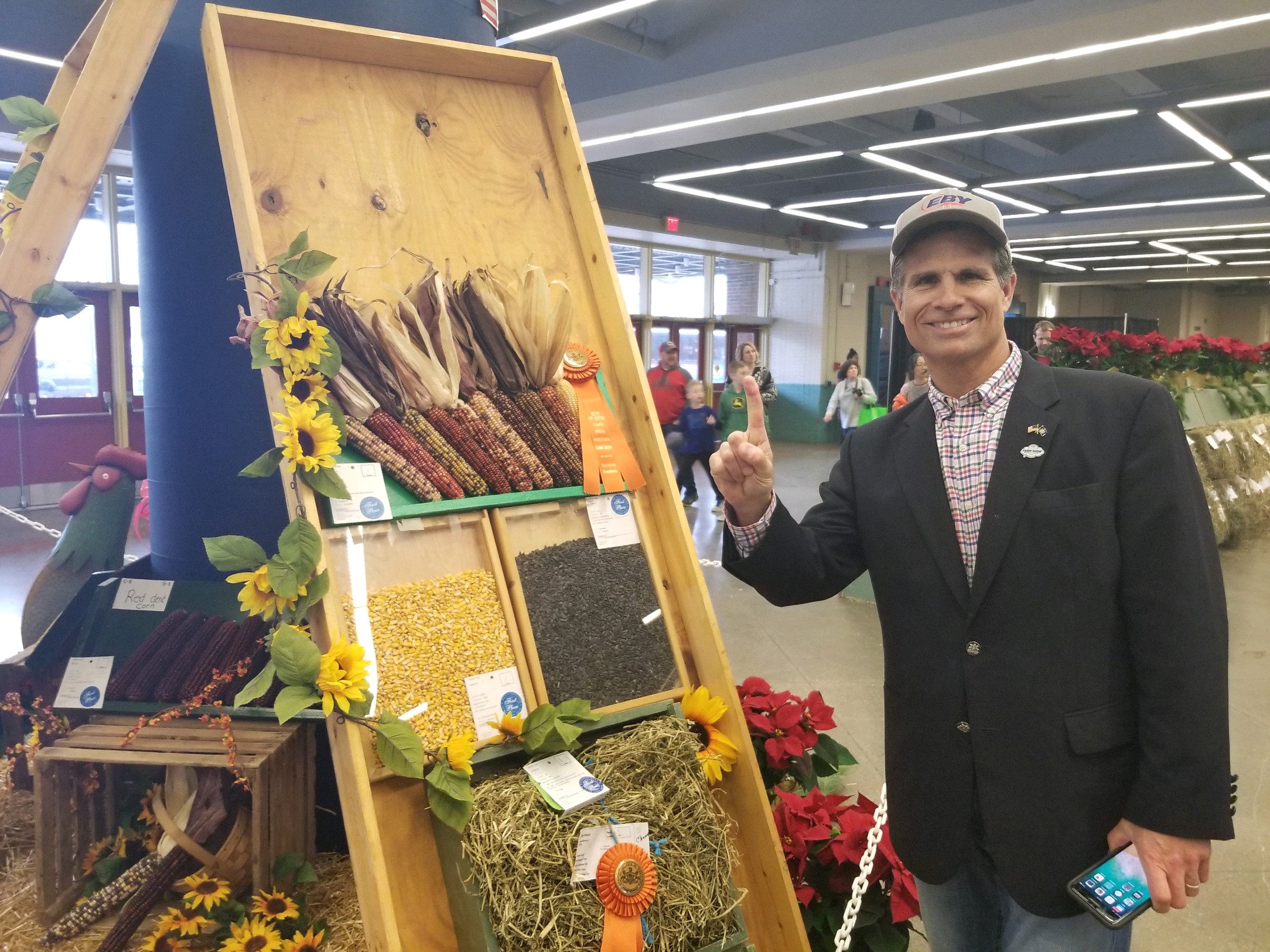 Pictured below with Paul Shealer, owner of a national champion Christmas Tree Farm in Schuylkill County. 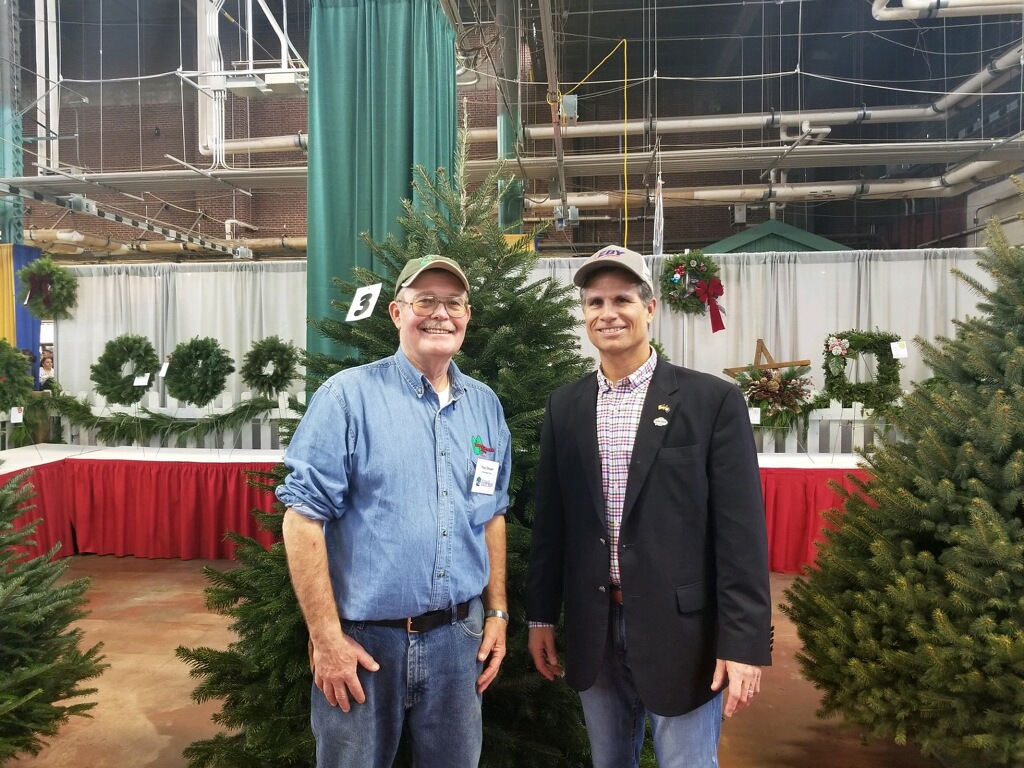 The 9th District does a lot of things best and growing Christmas trees is one of them.