Washington is again focused on the ongoing impeachment trial in the U.S. Senate… even as the media is reporting that most Americans are not even watching the proceedings. The articles of impeachment are weak and now the Democrats want to call additional witnesses. The U.S. Senate adding new witnesses in this partisan impeachment trial would be tantamount to a jury telling prosecutors to find more evidence after starting the trial because they can't convict. Regarding witnesses, the fact remains that former National Security Advisor John Bolton could have been called during the impeachment proceedings in the U.S. House. All that was needed was to pursue a court order, just as had been done in the Clinton impeachment as well as the Congressional investigation into Eric Holder during the Obama administration. During President Clinton's trial, no new witnesses were called to testify in the U.S. Senate. Only those that previously testified during the proceedings in the U.S. House were called to testify. Meanwhile, Democrats are adamant that Hunter Biden and/or Joe Biden will not be called as witnesses.

*Joe Biden should be asked the same questions.

Additionally, ladies and gentlemen, the whistleblower is not testifying because Adam Schiff lied about the whistleblower's background and his working relationship with Adam Schiff's staff. Schiff knew and knows the whistleblower. This past this week we had Adam Schiff on the U.S. Senate floor repeating the false testimony he gave earlier regarding Ambassador Sondlond, which was completely repudiated in the House testimony during Congressman Mike Turner's questioning. Schiff knows it is false but is saying it anyway. Congressman Jerry Nadler, on the floor of the U.S. Senate, is accusing ALL Republicans of treason if they don't vote for impeachment. These are dangerous precedents being set and exactly why we must win back the House for Republicans. The Democrats have proven they cannot be trusted to lead.

On Saturday, the President's team finally got the chance to issue a rebuttal to these politically-motivated impeachment charges. President Trump's defense team delivered devastating factual opening remarks and now the liberal mainstream media is already conceding/rationalizing why their “winning“ is unrealistic.

Of course, the Democrats will not relent. They issued nasty closing remarks. Adam Schiff's closing remark stated that Republicans Senators' "heads would be on a pike" if they voted against the President. This comment was an unsubstantiated, untrue and an absolutely outrageous insult. This is a continued attempt by the Democrat House managers to con the American people. They know what they are saying is not true. But then again, how else do you sell garbage other than by making it out to be something it is not? Today, on This Week with George Propagandanopolis, they did their best to emphasize that their socialist view of liberalism is not dead even if Trump is acquited. Pathetic.

The people should demand an apology from all elected officials who are proponents of this obvious sham and vote them out in November. Of course, let's not hold our breath on an apology from the media. But regarding the media, they did not take an oath to uphold the Constitution, but the elected members of Congress did.

Lately, I have been speaking about how Speaker Nancy Pelosi’s Democrat-led House cannot be trusted to lead. They have weaponized impeachment, their policies are about accumulating power, not in the interest of the people, and they don’t trust the people to choose our President in the 2020 election. If they don’t trust the American voter, then Americans shouldn’t trust them... the below cartoon illustrates this point. 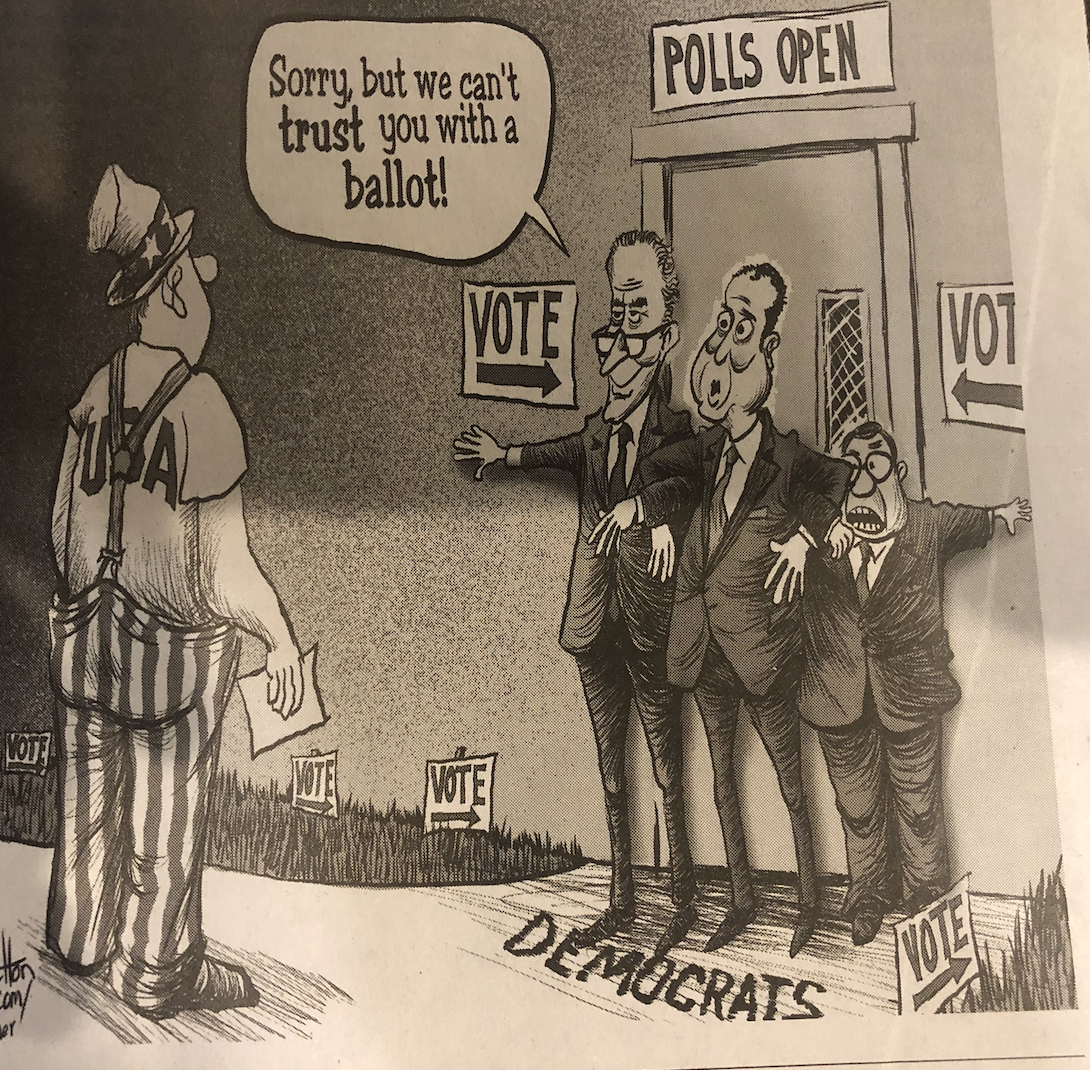 A point that needs to be emphasized, the Democrat’s case is largely based upon Ambassador Sondland’s testimony. Under questioning by Congressman Mike Turner, Ambassador Sondland stated clearly, he was never told, overheard or was directed by President Trump or “anyone on the planet” to withhold anything for anything related to Ukraine or the Bidens. Their case has no substance; only a lot of Bull-Schiff.

Thankfully, this impeachment process will end soon. There has been no new information presented. The President will be vindicated. Period. They will undoubtedly attempt to come up with something else which is another important reason we must #TakeBacktheHouse.

This week, the annual Right to Life March occurred in Washington, D.C. President Trump again made history by attending the rally and delivering remarks, saying… “It is my profound honor to be the first president in history to attend the March for Life,” Trump said. “We are here for a very simple reason: to defend the right of every child, born and unborn, to fulfill their God-given potential.” Many in attendance carried signs declaring President Trump the most pro-life president in our nation’s history. 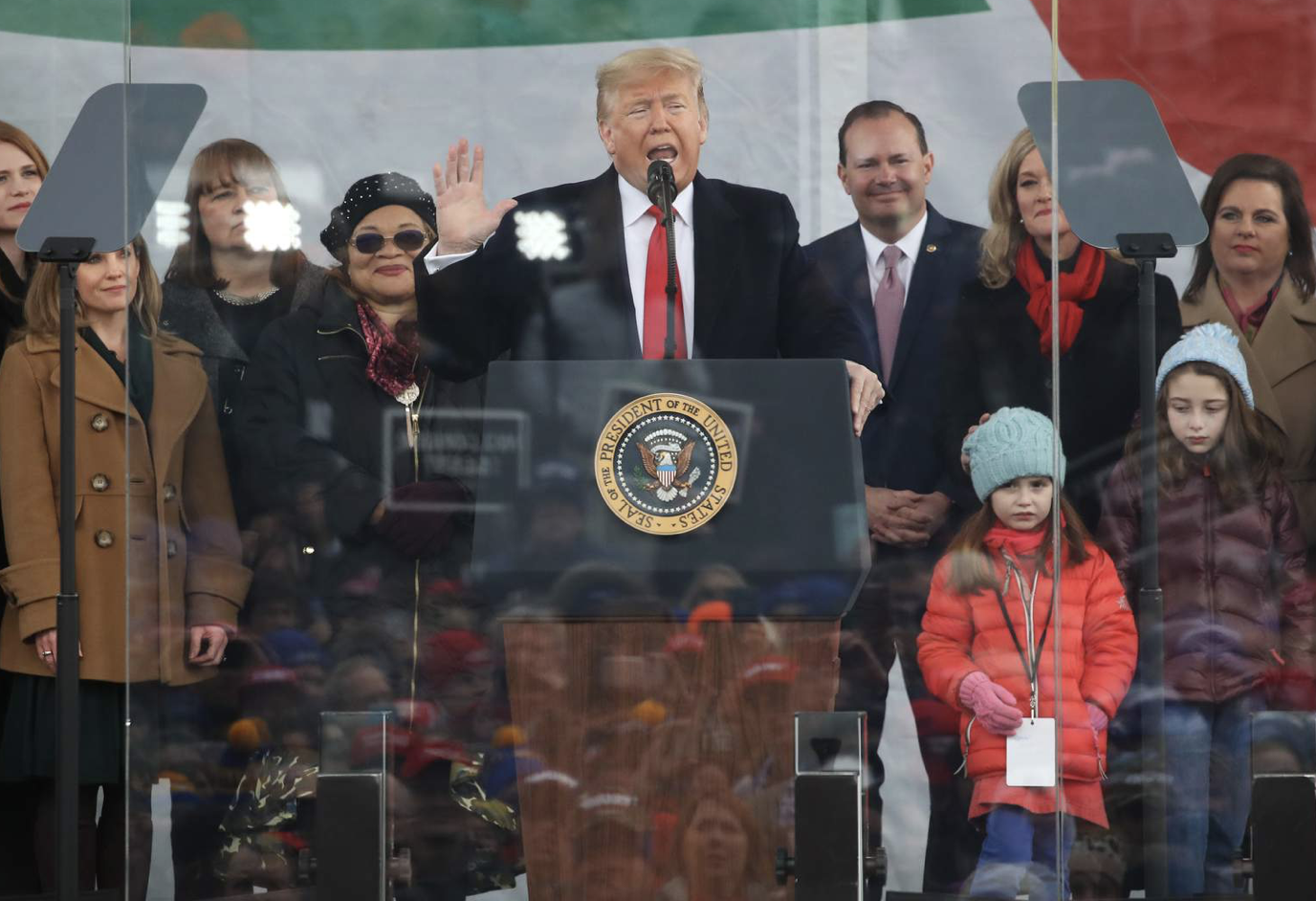 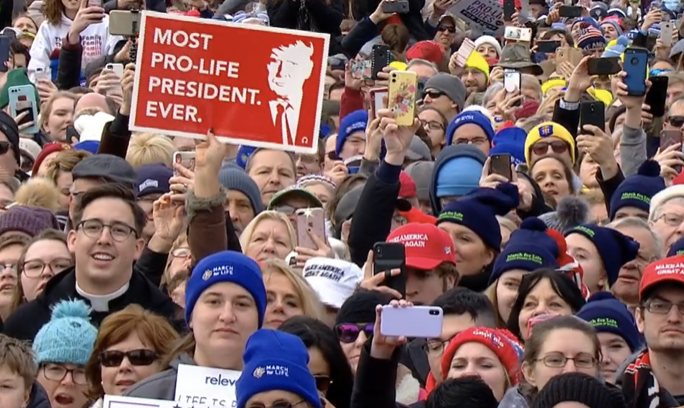 In the District, I want to thank Barry Slouch for bringing top community and business leaders together in Berks County for a discussion at the world-famous Wyomissing Family Restaurant. We had a great discussion on the surging economy and the importance of infrastructure development among other issues. I want to thank all attendees, including Commissioner Christian Leinbach for attending. 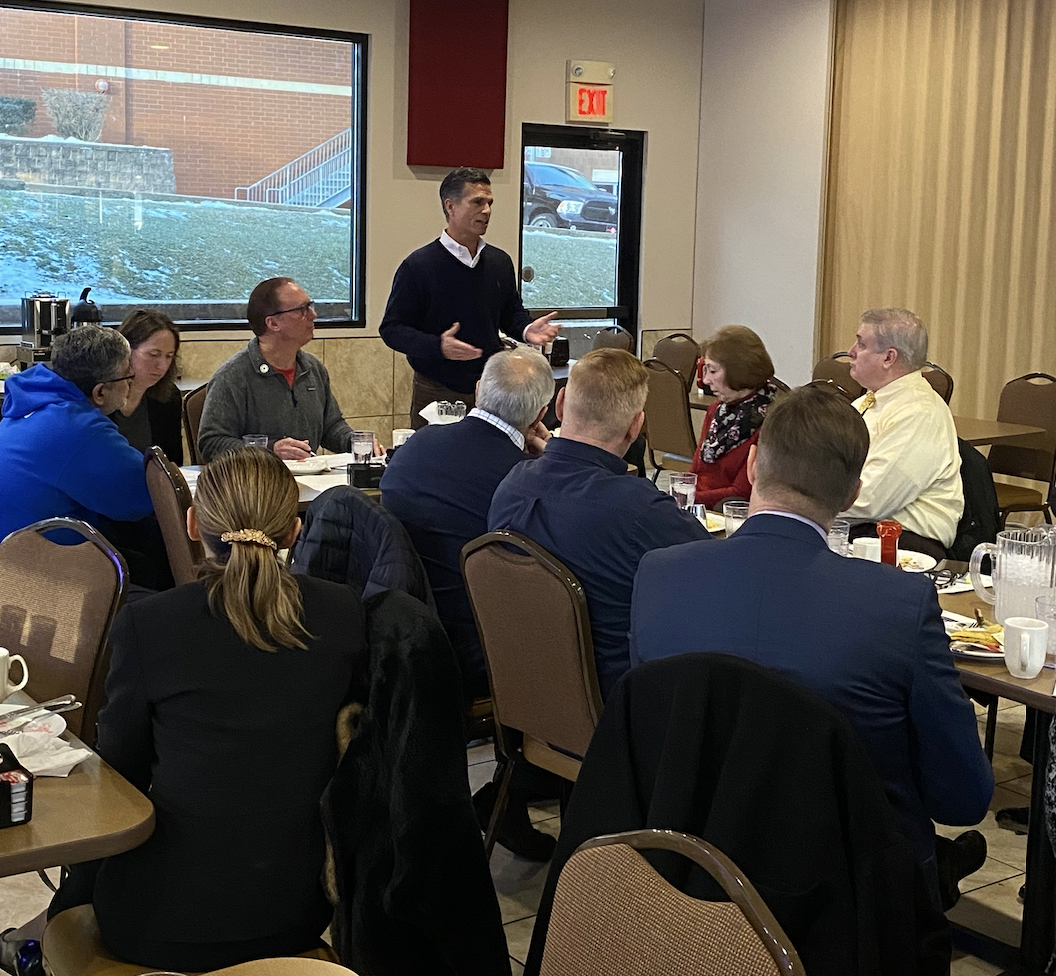 IN NEWS YOU WON’T HEAR IN THE MAINSTREAM MEDIA: President Trump attended the World Economic Forum in Davos, Switzerland this week. His remarks to the world’s economic leaders was a huge success. 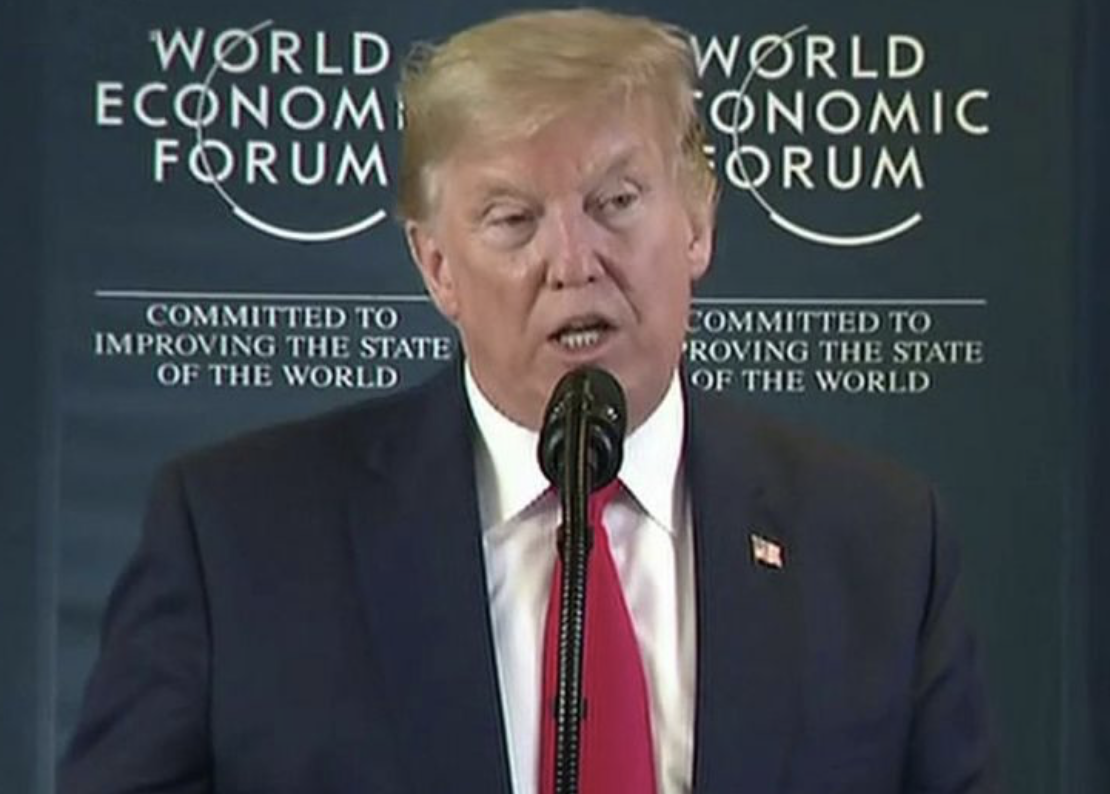 The success of the United States economy makes us the leading and most growing economy in the world. Over 7 million jobs have been created, with over 2 million millennials joining the workforce.

What was particularly interesting to hear was how the world’s economic leaders are giving President Trump rave reviews for his success. This is quite a difference from a few years ago when they greeted the President and his policies with skepticism and believed our nation’s economy was approaching uncertain times. After his many successes, many of those who were skeptical before, believe he will be reelected. It is my belief that such realistic optimism of the President's reelection is creating more capital investment and will lead to a very strong economy in 2020 and beyond.

As in past years, the President’s message to the world’s economic leaders was consistent with his previous speeches. He rightly highlighted the success behind our American economy is lower taxes, eliminating job-killing regulations, renegotiating outdated and unfair trade deals, increasing domestic energy production and a consistent focus on improving the lives of everyday Americans. This again underscores the importance of reelecting President Donald J. Trump and Keeping America Great.

This week, I joined our police officers in Tamaqua for a ride-along. As the son of a police officer, I have a unique understanding of the sacrifices our brave men and women in blue make to keep our communities safe. They represent that thin blue line that keeps our communities safe. I want to thank Tamaqua’s finest, pictured below with Chief Henry Woods, Cpl Mike Hobbs (who I joined on patrol), Cpl Tom Rodgers and Officers Tony Stanell, Mike Weaver and Corey Herring. 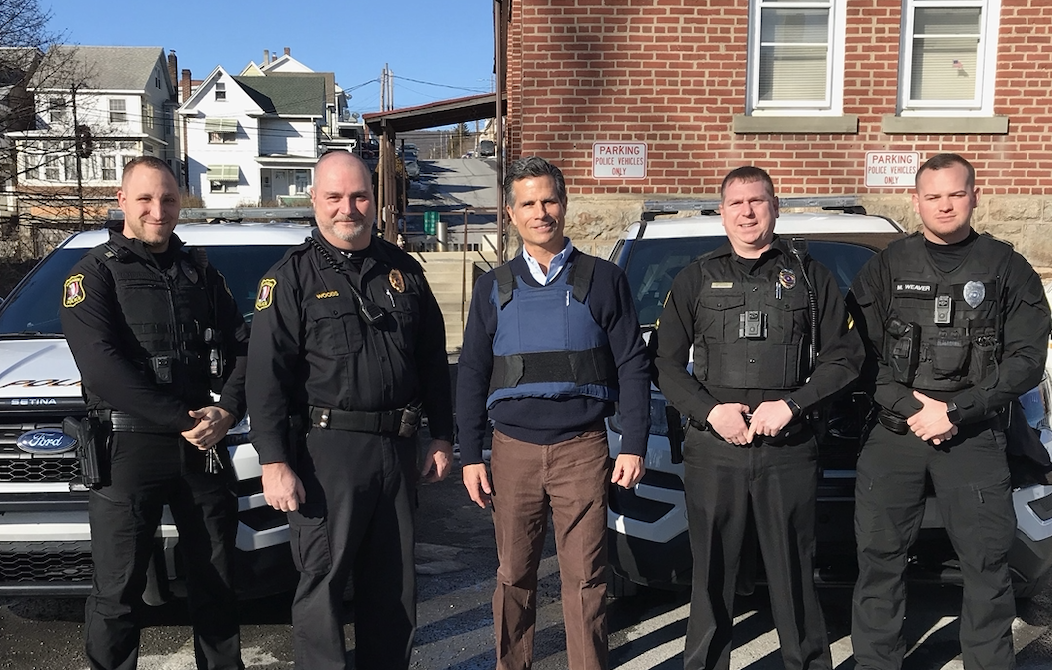 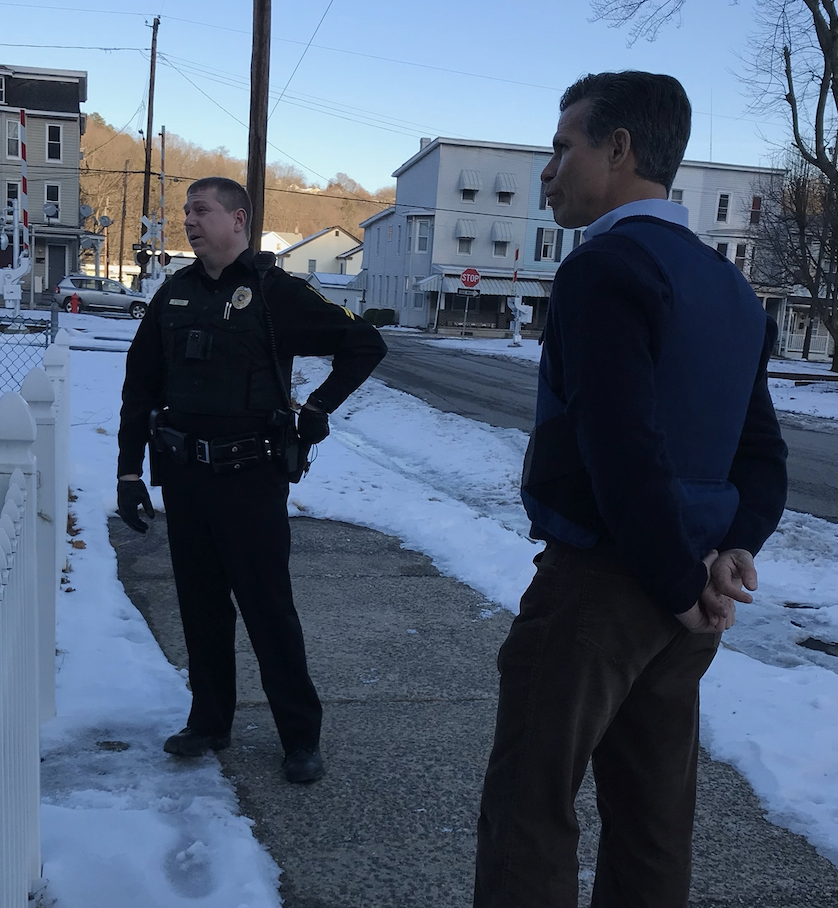 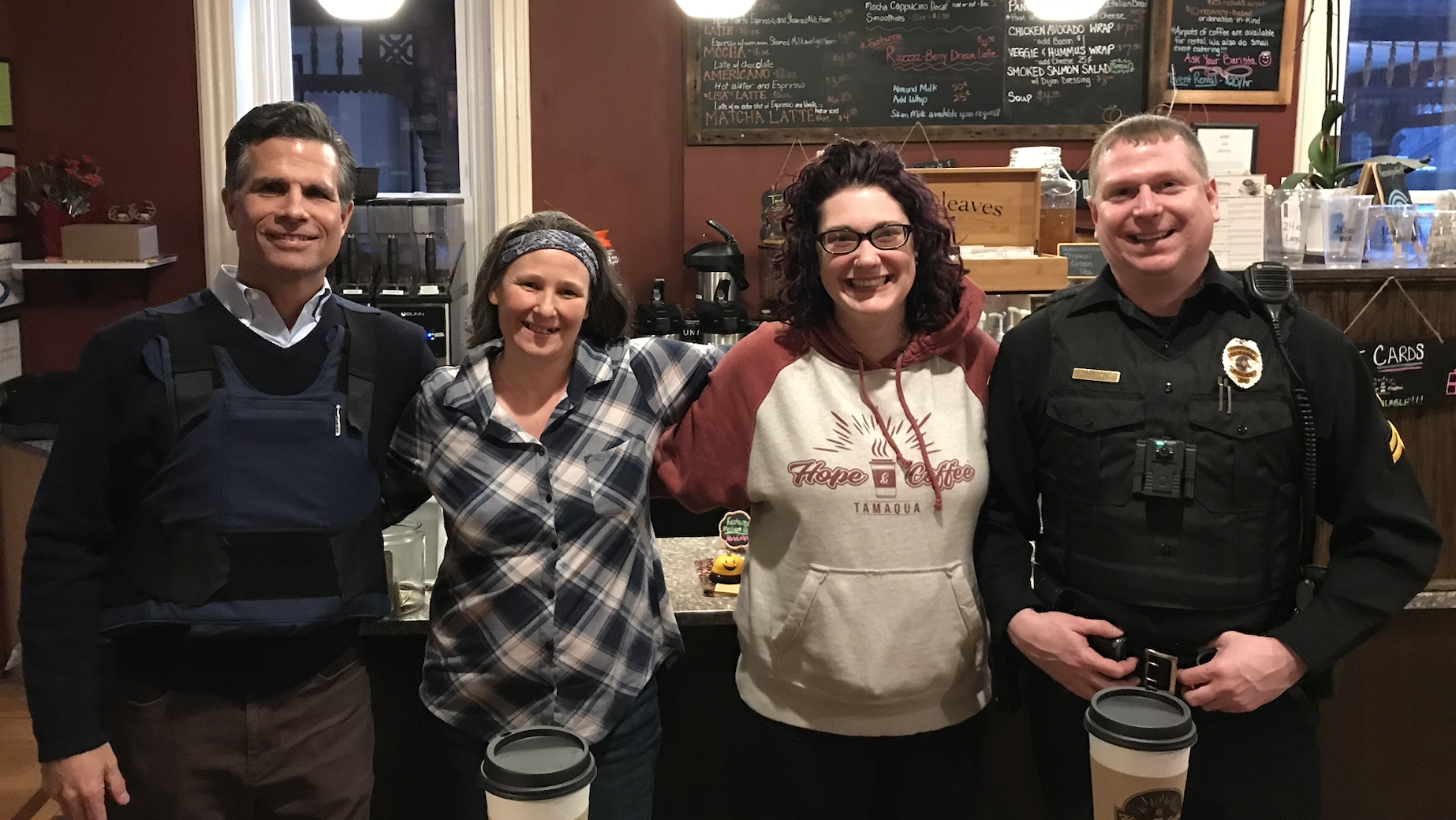 I joined Jason Barsky with WILK Newsradioon Friday morning to discuss key priorities and take questions from the radio audience. Click here to listen to the interview. 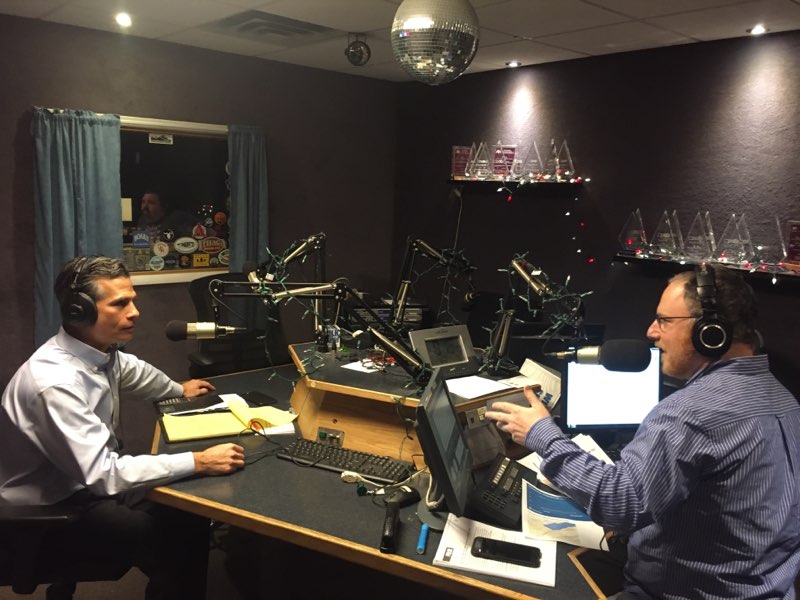 Later, Shelley and I attended the Republican Party of Pennsylvania’s Lincoln Day Dinner in Harrisburg. I was honored to deliver the prayer and enjoyed visiting with so many friends statewide and from our District.

I wrote an editorial outlining the goals I believe Congress should have heading into 2020. Click here to read the editorial. These goals will be more achievable and realistic when Republicans win back control of the U.S. House.

As a reminder, as this is an election year, I will be circulating petitions to run for reelection to Congress. Petition circulation begins this Tuesday, January 28th. If you would like to join our team, please let us know. For copies of petitions, questions or information regarding petition events across the District, please contact our Field Campaign Manager Rob Bresnahan at [email protected].