My team and I had a great week traveling the new, improved, and expanded 9th Congressional District. We are blessed to live in one of the greatest areas in the nation, with great towns, natural resources, schools and, most of all, some of the hardest-working, amazing people. To put the size of the new 9thDistrict in perspective, consider this; it is larger than the entire state of Connecticut. 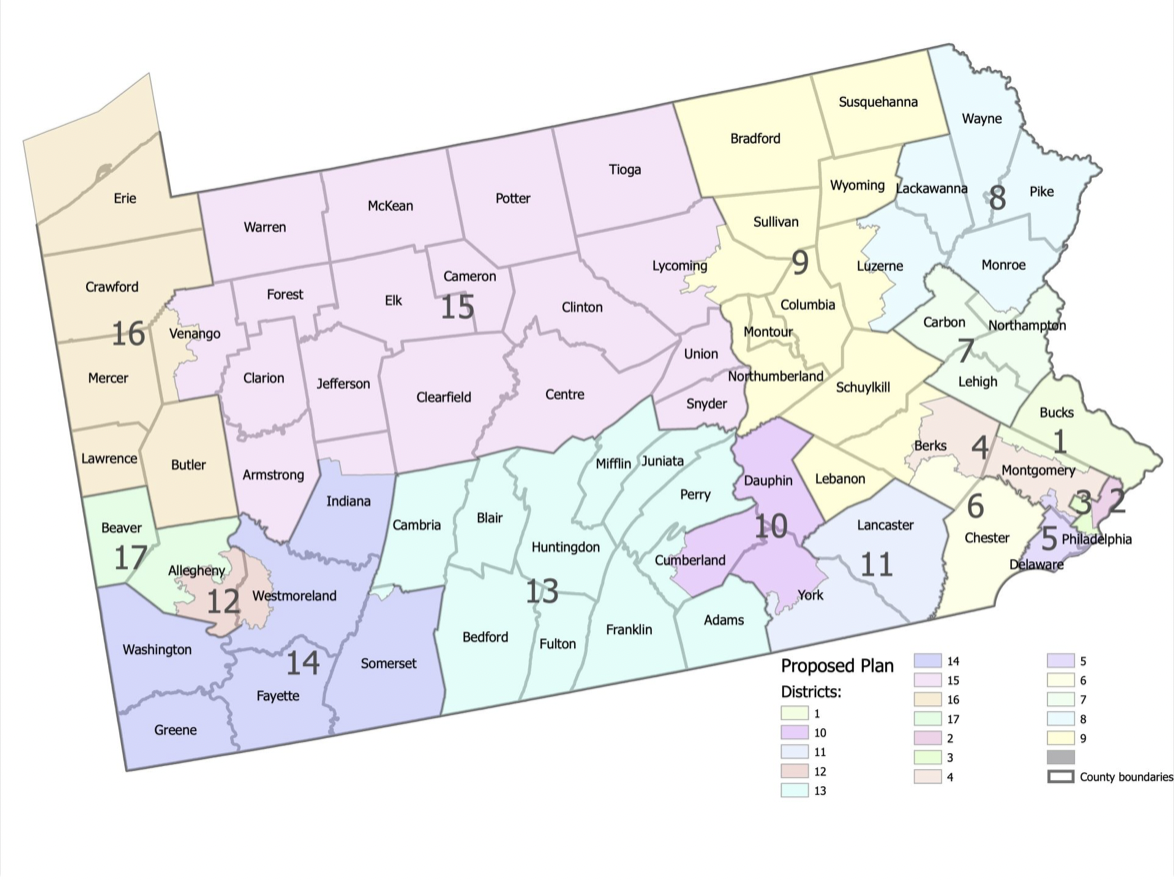 This week, I was a guest on "The Same Lesante Show." Sam and I discuss inflation, the 118th Congress, and what we both hear in the grocery store from concerned citizens. I appreciate the opportunity to have these discussions with Sam! Click here or below to watch my appearance.

This week, I joined “Wake Up America” on Newsmax to discuss the numerous classified documents discovered in unsecured areas at Biden's home & office. The double standard applied by the media and government is obvious to all Americans and will be investigated.

There is the question of Hunter Biden, who is "highly questionable" as a person who has been on the "worldwide stage for very shady business dealings throughout Russia" and "China" but had been living in Biden's Delaware home, where documents were found dating to the president's time as vice president under former President Barack Obama.

As I say with the Bidens, they're like an onion. The more you peel them back, the more you want to cry, which is the case. Their actions get worse the closer that you look.

Unfortunately, if there are no double standards in Washington lately, then they have no standards at all. Click here or below to watch my interview. 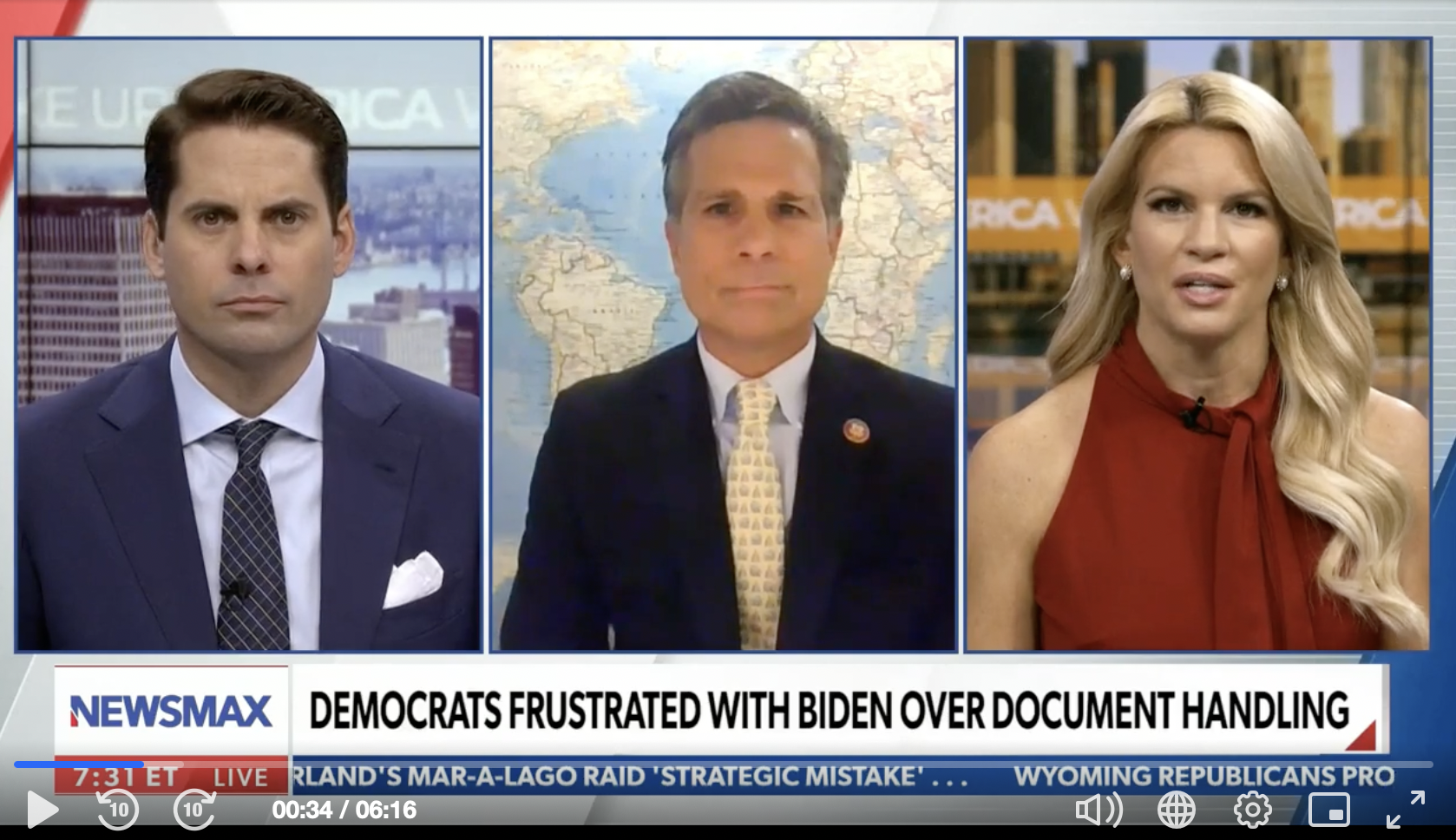 I held a small business tour on Wednesday in Tunkhannock in Wyoming county. I was joined by many great community leaders, including Mayor Stacy Huber, County Commissioners Rick Wilbur, Tom Henry, and Ernie King. We also had the pleasure of having State Representative Tina Pickett join us as well as a representative from Senator Lisa Baker’s office. I had the opportunity to see so many great family-owned businesses in Tunkhannock and talk to them about their successes and struggles in business. We stopped by Sherwood Chevrolet, Gay’s True Value Hardware, Ace Robbins, Bartron Supply Company, and Tioga Bistro. 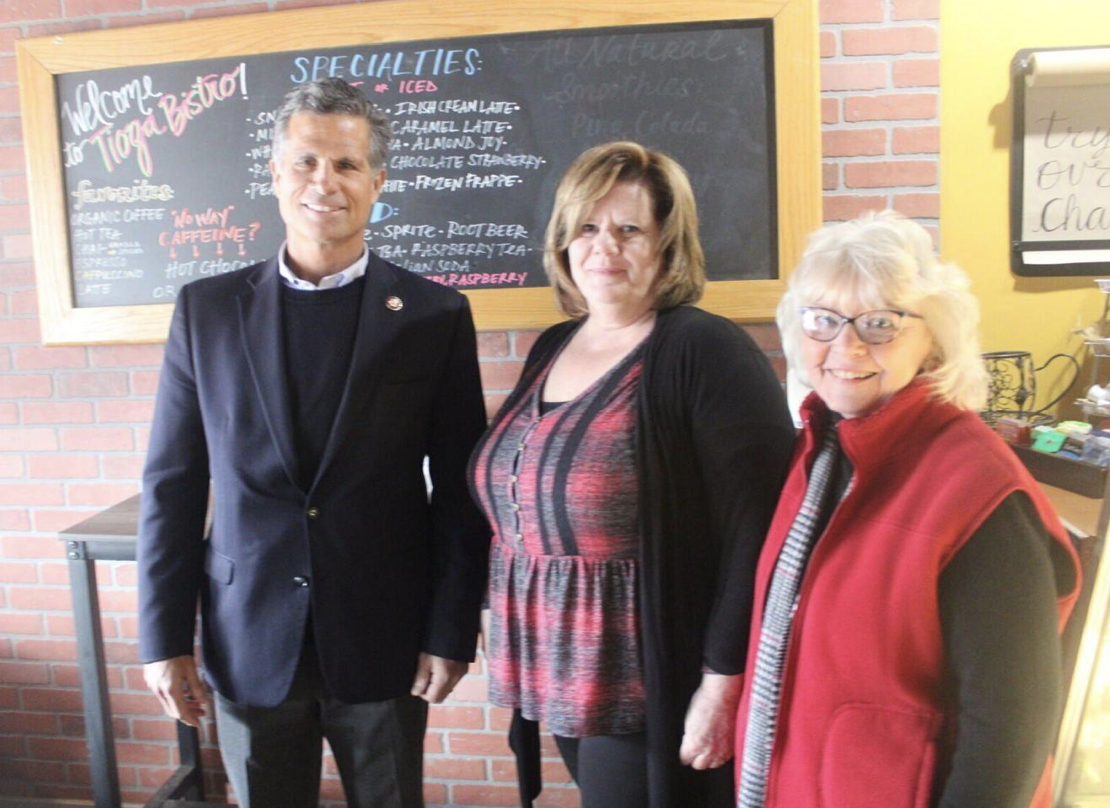 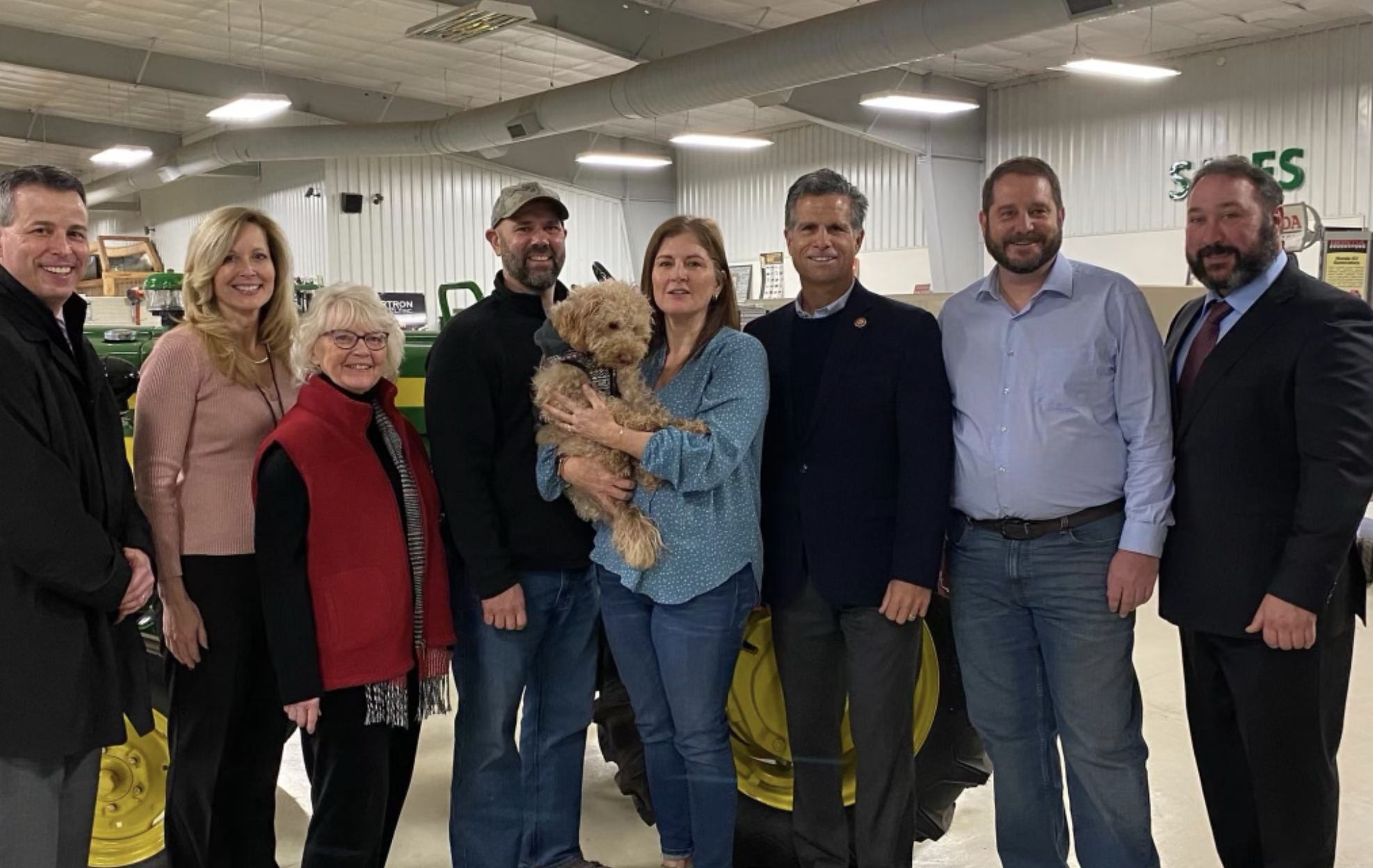 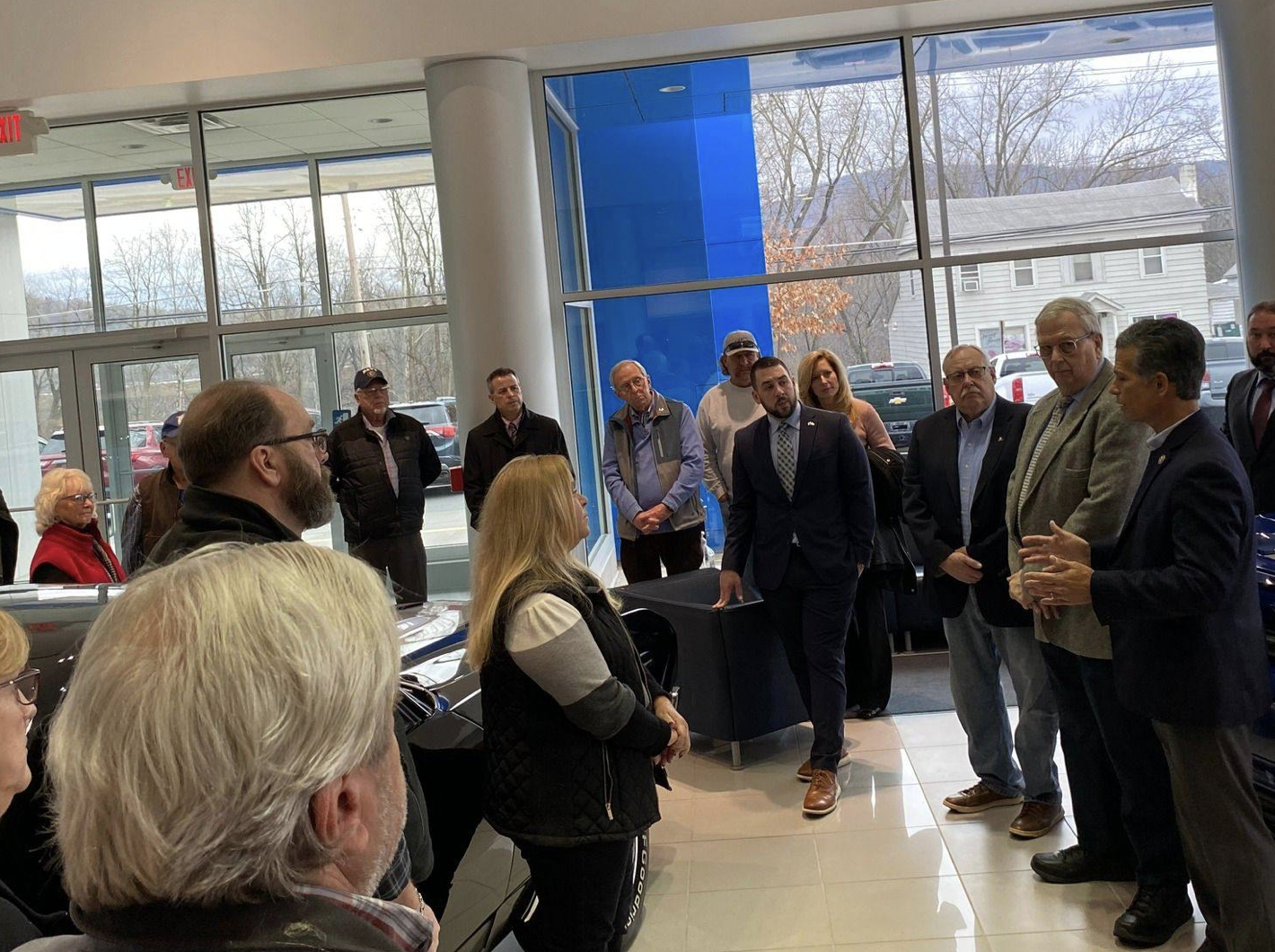 We stopped by Williamsport, now the largest city in the new 9th District. We are working with local elected officials and community leaders to support their efforts to revitalize and strengthen the city.

There are many great things in Williamsport, and we will work on making it greater. From the airport to the levy and flood remediation initiatives to supporting efforts to clean up blight, there is progress to be made, and we’re going to be part of it.

Working with our state and local elected and community leaders, one of our top priorities will be to tackle attracting an airline to the Williamsport Regional Airport. We will work to make it useful for the people of the 9th and the surrounding area. I had the opportunity to attend a meeting with Mayor Derek Slaughter, members of council, Lycoming County Commissioners, State Rep. Jamie Flick, Jason Fink of the Williamsport/Lycoming Chamber of Commerce and representatives from State Sen. Gene Yaw's office. 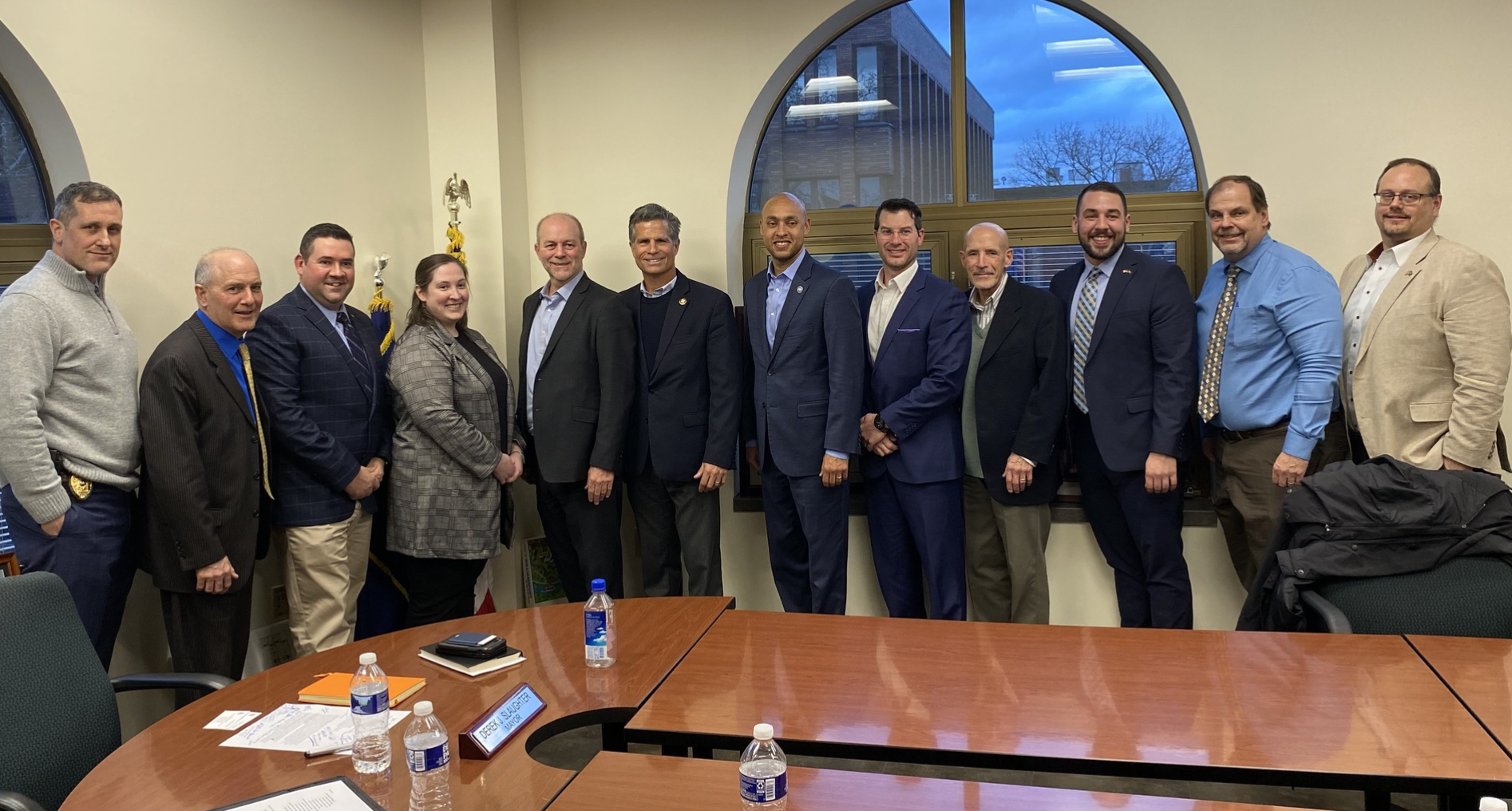 Fox56 WOLF TV highlighted the partnership we forged with officials of Williamsport and Lycoming County and our discussion yesterday about some projects we will work on together. Click here or below to watch their report. 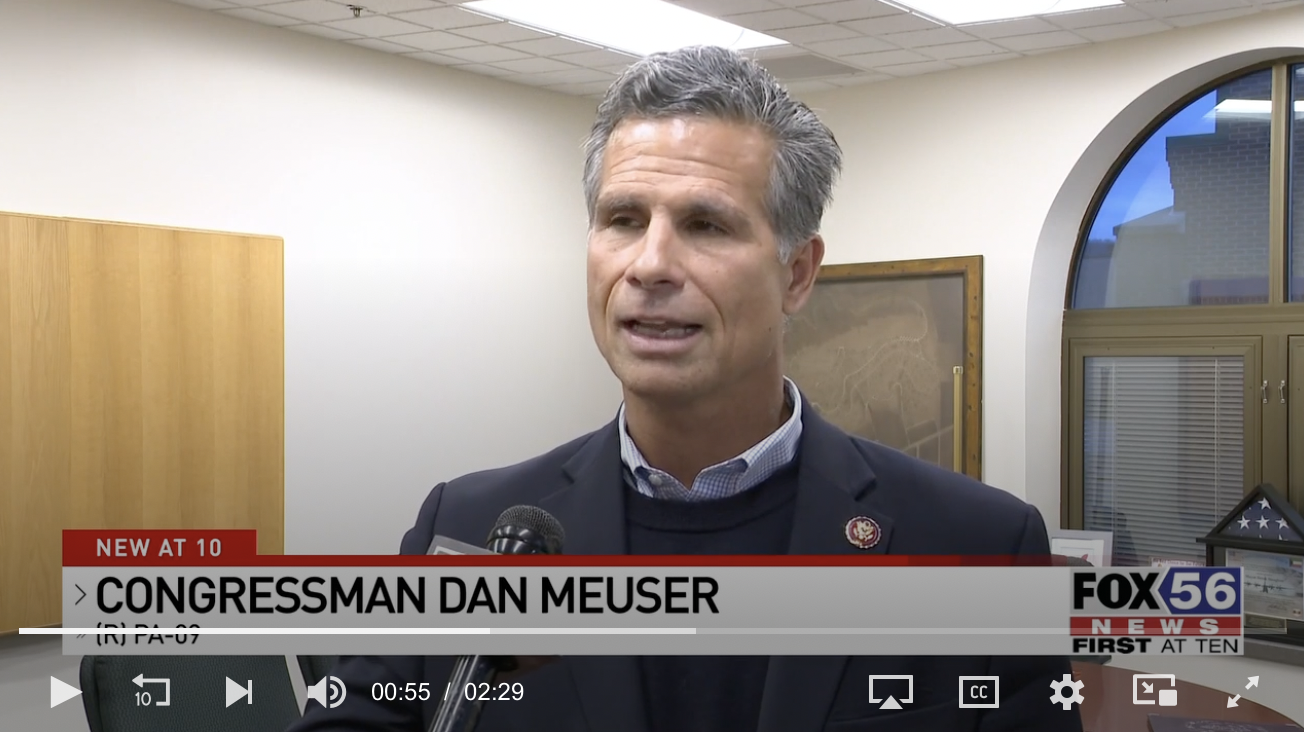 Pennsylvania farmers are the absolute best. They are hard-working, honest and care about providing for their communities. I was glad to join them at Masser's Restaurant in Paxinos to receive the PA Farm Bureau "Friend of Farm" Award for outstanding work done in the 117th Congress. I was honored to receive the award from Pennsylvania Farm Bureau President Chris Hoffman. Also in attendance was PA Farm Bureau Director and Luzerne County native Charlie Porter, Columbia County Farm Bureau President Mark Shultz, and Board Member Cliff Miller. 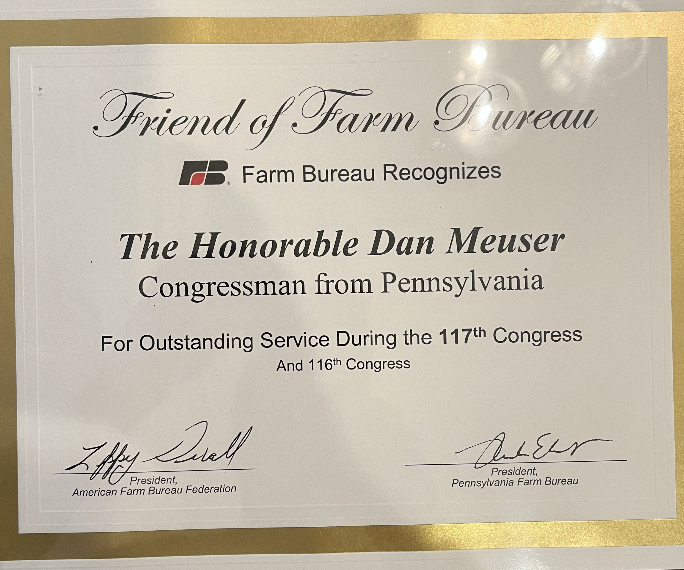 We also discussed issues on their minds, and I will use their input during upcoming discussions regarding the 2023 Farm Bill.

After breakfast, I headed north to Susquehanna County to the great Bingham’s Diner to sit down with several township supervisors, Senator Lisa Baker and State Representative Jonathan Fritz. We got to discuss issues facing townships across Susquehanna County. 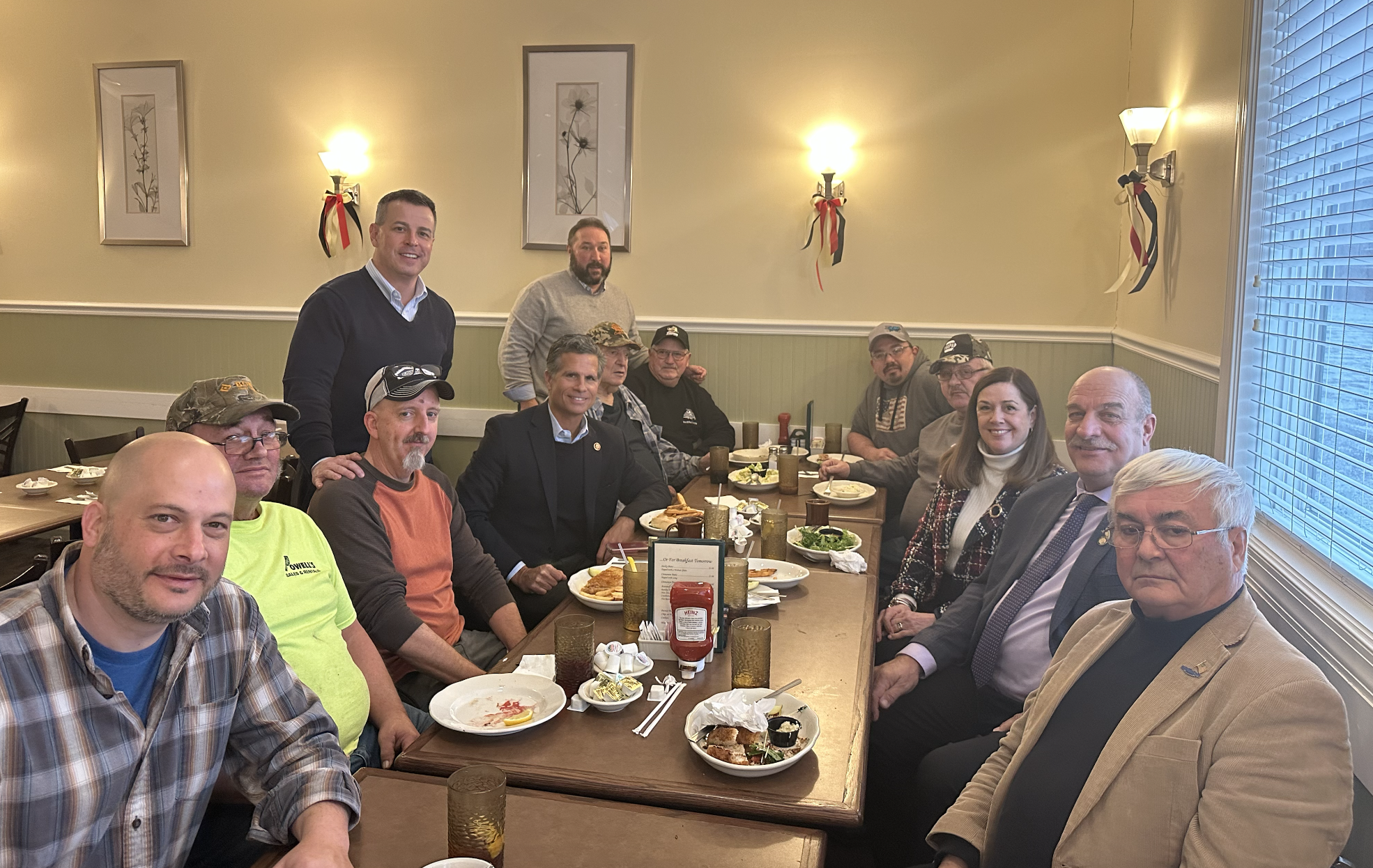 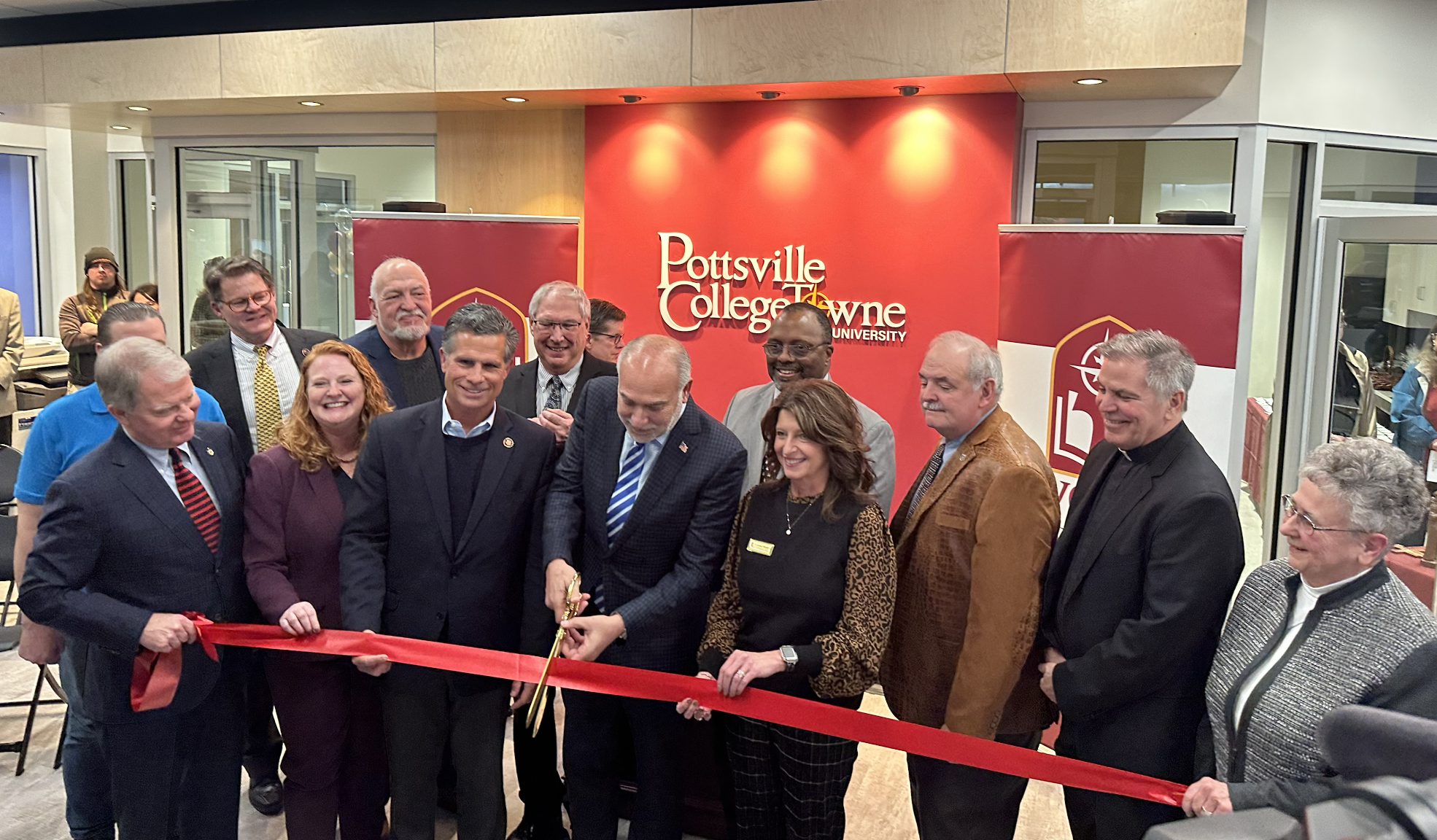 My Washington team was happy to welcome a number of constituents who were participating in the March for Life in Washington. As a member of Congress, I will continue to support policies that promote a culture of life. 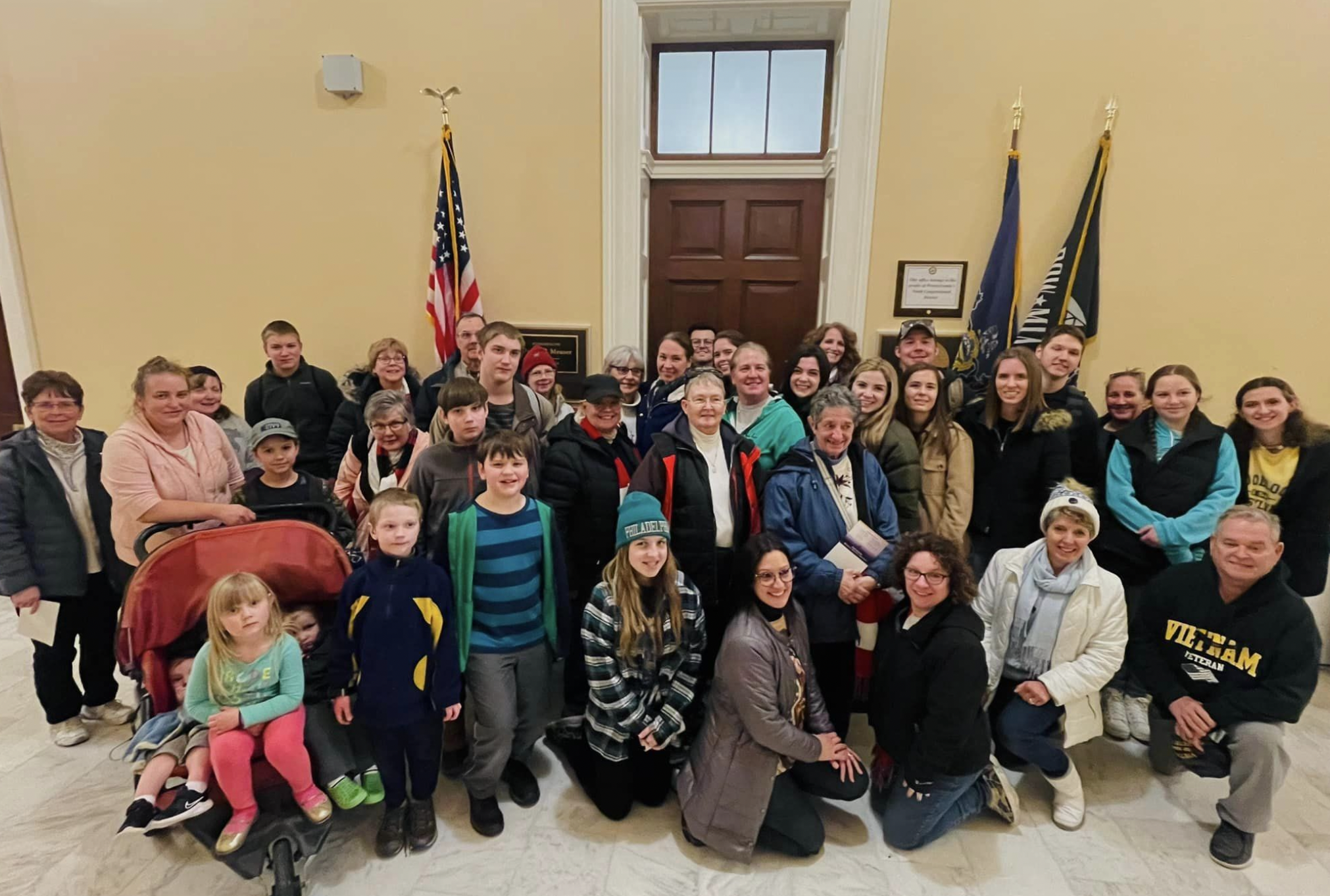 On Friday, I went to see my good friend and host of the Volpe Report, Chuck Volpe to do a double taping. You can catch these episodes starting the week of February 5th on Fox 56.

IN NEWS YOU WON’T HEAR IN THE MAINSTREAM MEDIA: There were 65,000 known gotaways in December, according to reporting from Fox News. That means that under Joe Biden, there have now been over 1.1 MILLION illegal immigrant gotaways who have escaped into the U.S. That is a conservative estimate. 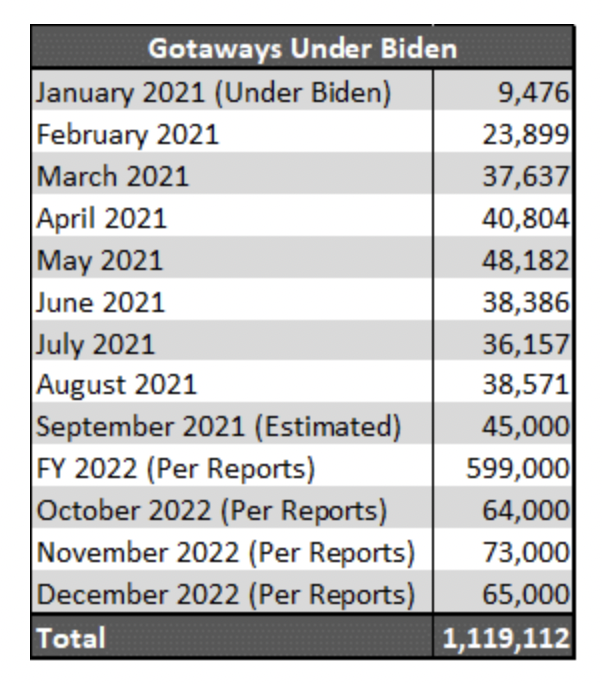 How did we get these numbers?

By combining the reported gotaways numbers for October, November, December, FY 2022, and monthly totals for the period in FY 2021 under Joe Biden. For September 2021, we relied on daily gotaways estimates previously reported by CNN and The Washington Post.

With 1.1 million gotaways, it is clear that the BORDER IS NOT SECURE.

Securing the border is a major priority of the new GOP-led House of Representatives. That will require reimplementing the policies that worked during the Trump administration, including the reinstitution of the "Remain in Mexico" policy, building the wall and taking other steps to stop the invasion of illegal immigrants and deadly drugs.

Until then, God bless, and see you soon,