Biden failures have continued to mount, particularly this week. But, thankfully, two of these Biden losses are tremendous wins for the American people.

First, American workers and businesses won this week as the Supreme Court affirmed, the Biden Administration’s employer vaccine mandate is an overreach of the federal government’s power.

I strongly encourage those to consider getting vaccinations after consultation with their doctor. Nevertheless, mandating businesses with over 100 employees to require unvaccinated workers to be tested once a week would be extremely damaging to our economy. It would be a nightmare for employers with testing lines already wrapping around the block and the time to get results ranging from six hours to a full day. It would result in most employers being forced to give employees a day off to get tested... at a time many businesses are struggling to find workers.

I had meetings with two of the largest hospitals in our district. We should understand that this strain of Covid-19 is very contagious and problematic. They are currently over 100% occupancy. Elective surgeries have been postponed. Of those hospitalized, 85% are unvaccinated. Fatalities range from anywhere from 15-20% of hospitalized patients. This is data and facts directly from our local hospitals. Please consider this information as you make vaccine decisions for yourself and your family. Again, please consult with your doctor with any questions and concerns. The government does not belong in the equation.

Next, U.S. Senator Kyrsten Sinema stated that she would oppose overturning the filibuster in the U.S. Senate. That is what was needed to stop the federal takeover of our elections. Every House Democrat, who voted, did so in favor of federalizing our elections, a bill that includes extreme provisions. Meanwhile, every House Republican voted against it.

To put this in perspective, the decision to pass or block this awful piece of legislation rested on the shoulders of one or two U.S. Senators. That should be more than enough for some serious alarm bells to be going off for all Americans. It shows just how important it is that we win the U.S. Senate seat in Pennsylvania and win control of the U.S. House. This exemplifies how important and fragile our democracy is at the moment.

I spoke to Newsmax on Wake Up America about the disastrous Build Back Better plan and the Democrat's voting rights bill that would publicly finance campaigns. Click here or below to watch. 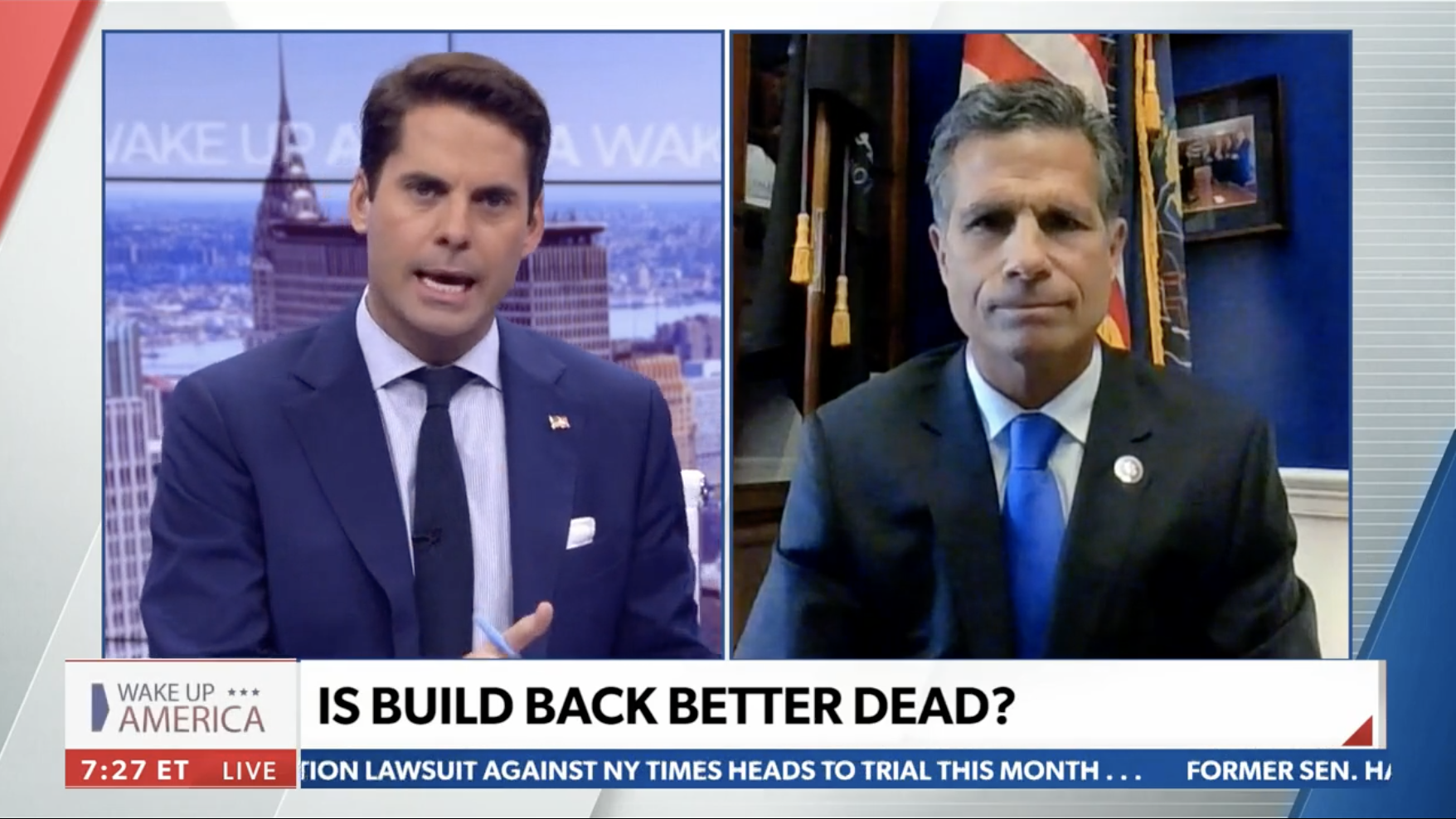 Another issue that I continue to address is the ghost flights and the illegal immigration crisis that has come to Pennsylvania. Biden’s policies have made us a border state thanks to the failed immigration policies of this Administration. Pennsylvanians and Americans deserve answers from HHS and this Administration as these flights continue to land in the Commonwealth. It is time for Joe Biden to visit the border, see the crisis he created and shut it down. Click here or below to watch my latest interview on Newsmax’s American Agenda. 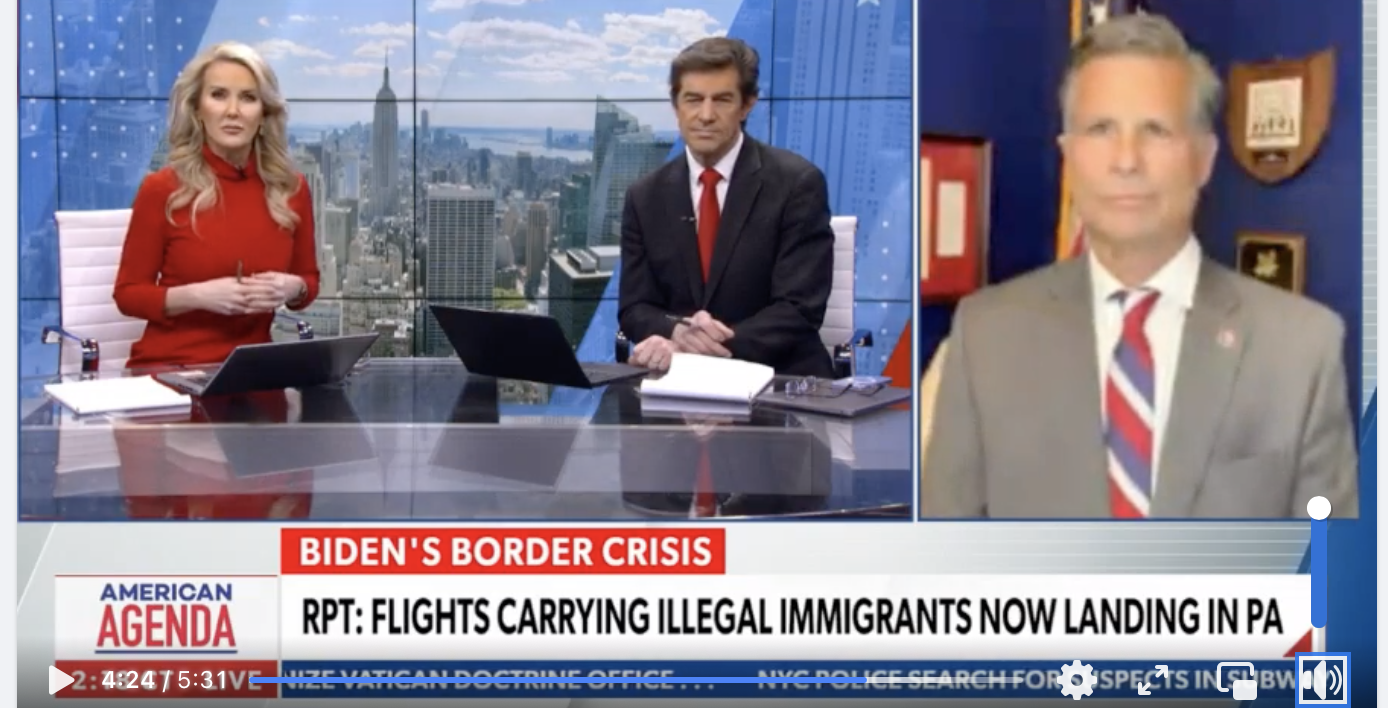 IN NEWS THE MAINSTREAM MEDIA CAN’T EVEN IGNORE ANY LONGER: While we typically try to share news, the mainstream media won’t report, Biden has sunk so far they can’t ignore his failures. 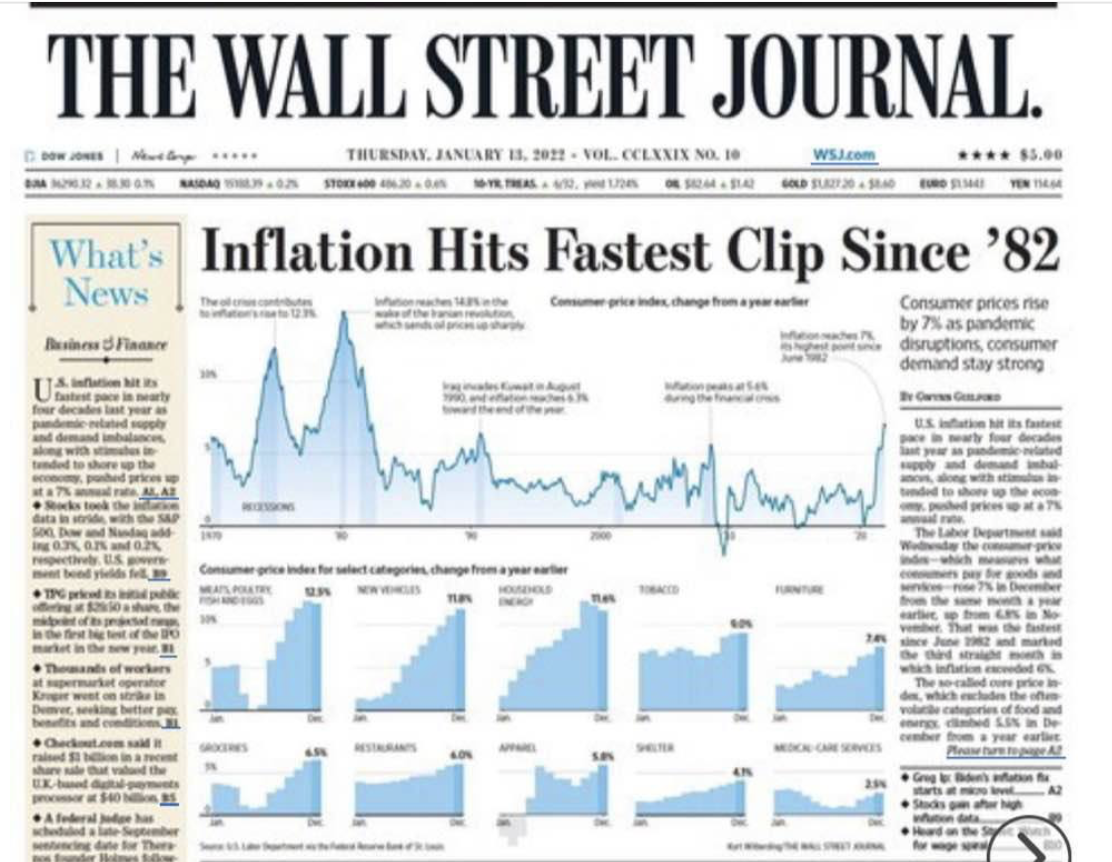 Things are not going well for Joe Biden. These are just a few headlines from this week: 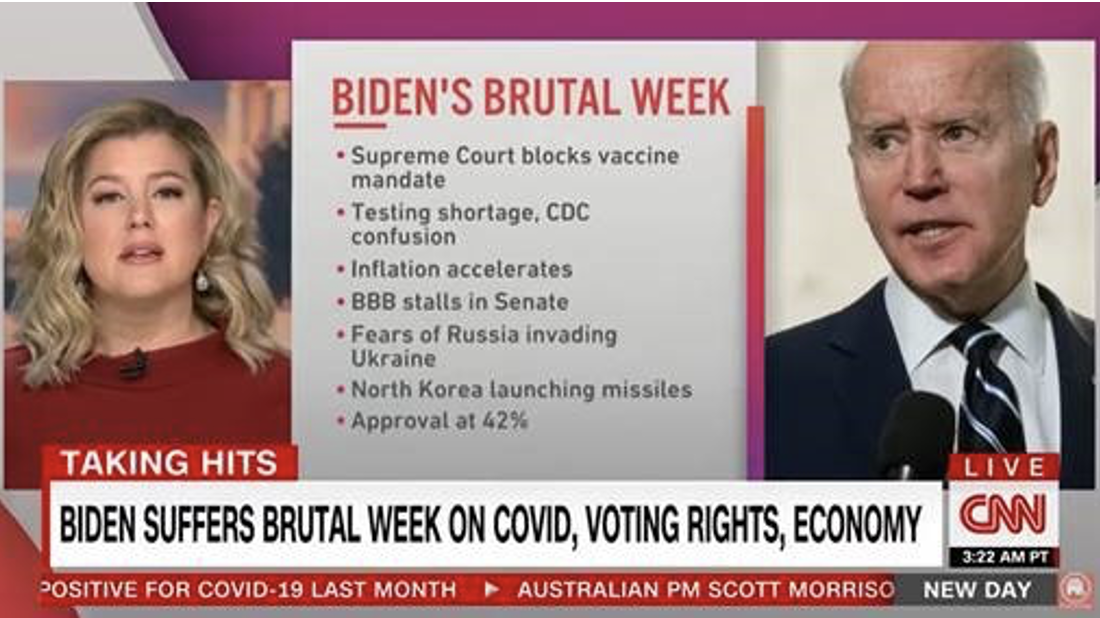 No wonder Biden’s approval rating is at 33%, the lowest approval at this point in a presidency in the history of Quinnipiac polling.

But Biden’s answer to his problems is the definition of insanity: doubling down on the same policies that have already failed. His administration refuses even to recognize reality on inflation, the border, stalling job growth, rising crime, Afghanistan, and Biden’s failure to order enough COVID tests and treatments.

The definition of insanity is doing the same thing over and over again and expecting a different result. Is Biden insane? Because he keeps doubling down on the same failed liberal agenda and expecting a different result. Unfortunately, his failure has resulted in record inflation that is crippling American families, Covid-19 infections raging, worker shortages, massive debt, a border crisis and much more that hurt so many Americans.

This week, we enjoyed speaking about the importance of broadband in rural areas to benefit our farmers, students, businesses, and residents at the DRIVE event in Danville. DRIVE has led a 5-county initiative through public-private partnerships to develop broadband in the area by using COVID dollars they received to the counties to help those in the community. 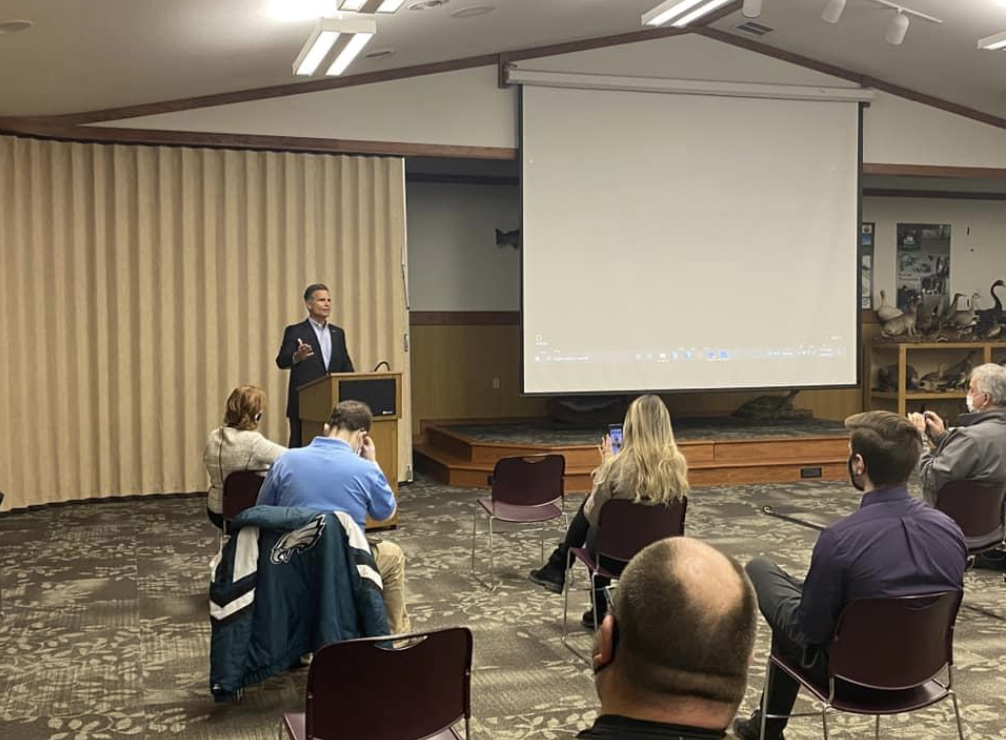 As I mentioned above, winning the elections next year is critical. While we are still awaiting the result of the congressional redistricting process, I am committed to helping Republicans win back control of the U.S. House. So stay tuned as we continue to work to make November a success for the Republican Party, but most importantly, Pennsylvania and our nation.

And as we always root for our Pennsylvania teams... Go Steelers!

I look forward to seeing you soon,