Good evening and welcome to our Week-End Update!

We had another very busy week as Congress was back in session.

We began the week at the Farm Show in Harrisburg.

The Pennsylvania Farm Show is an all consuming showcase of Pennsylvania's agricultural industry. Our District is home to some of the best family farms in the country. I was pleased to participate in many events and meet so many hardworking and passionate farmers.

What may be surprising, as I have not driven a horse drawn carriage since I was 8 on my uncle's farm, I won the 2020 Celebrity Feed Scurry competition. Click here to read more from WFMZ. I want to thank all of the sponsors. I look forward to defending my title next year, especially against State Senator John DiSanto who finished in a close second place. Pictured below with first-place plaque, all of the participants, Congressman G.T. Thompson and Trisha Poorbaugh, Secretary of the 4-H State Council. By the way, I could not have won without Tricia, who was my hay bale handler. She was strong, fast and committed to winning the race. 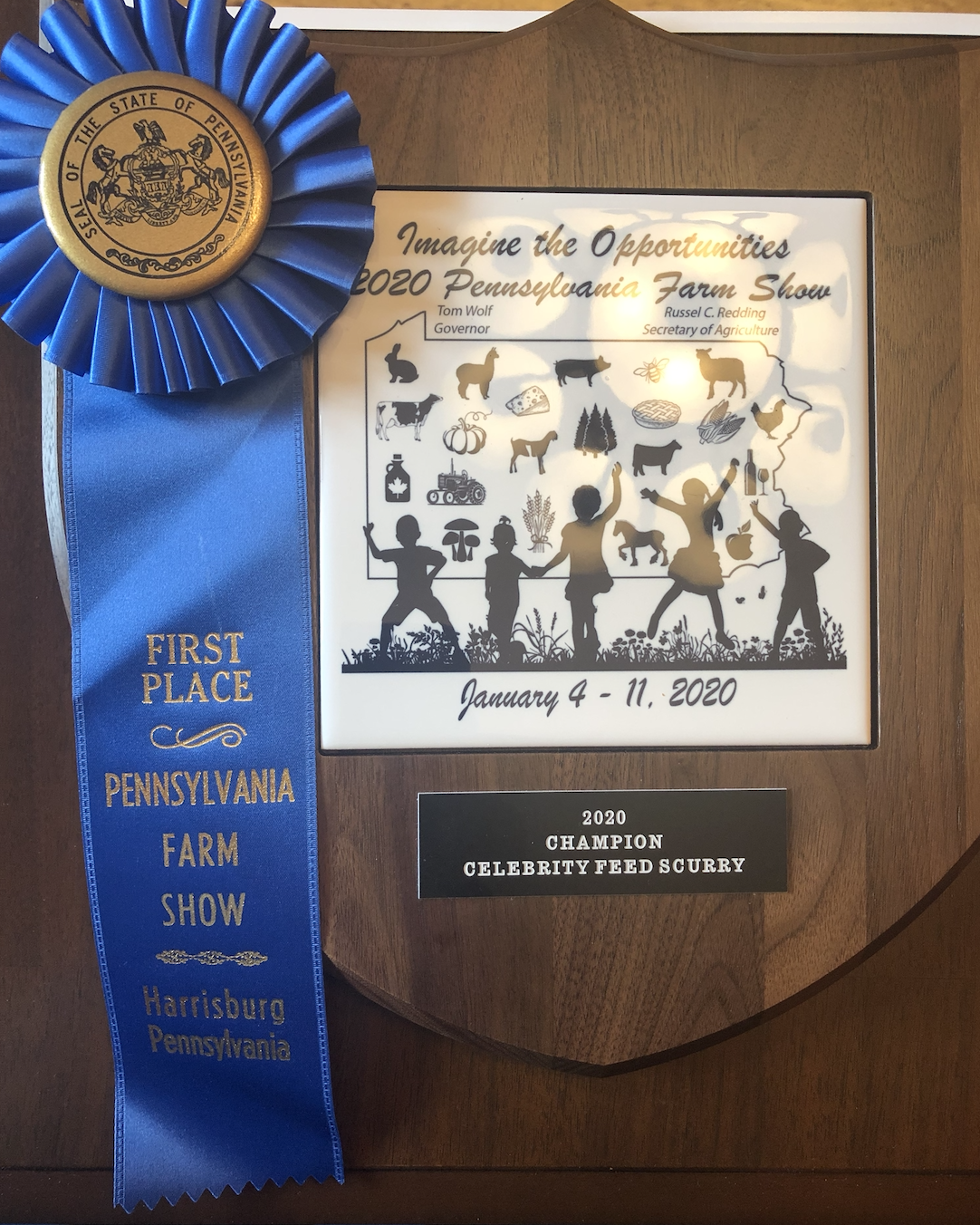 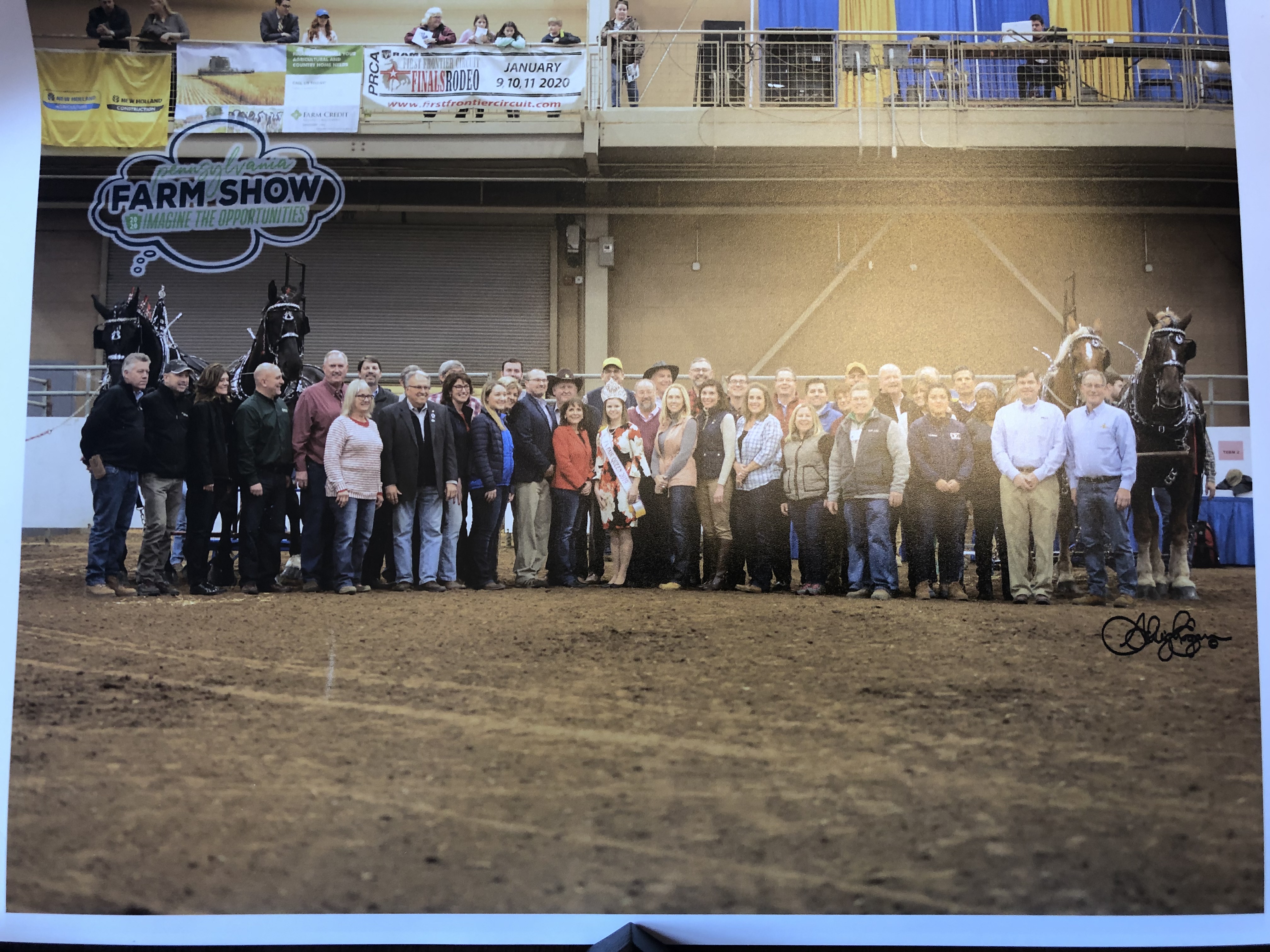 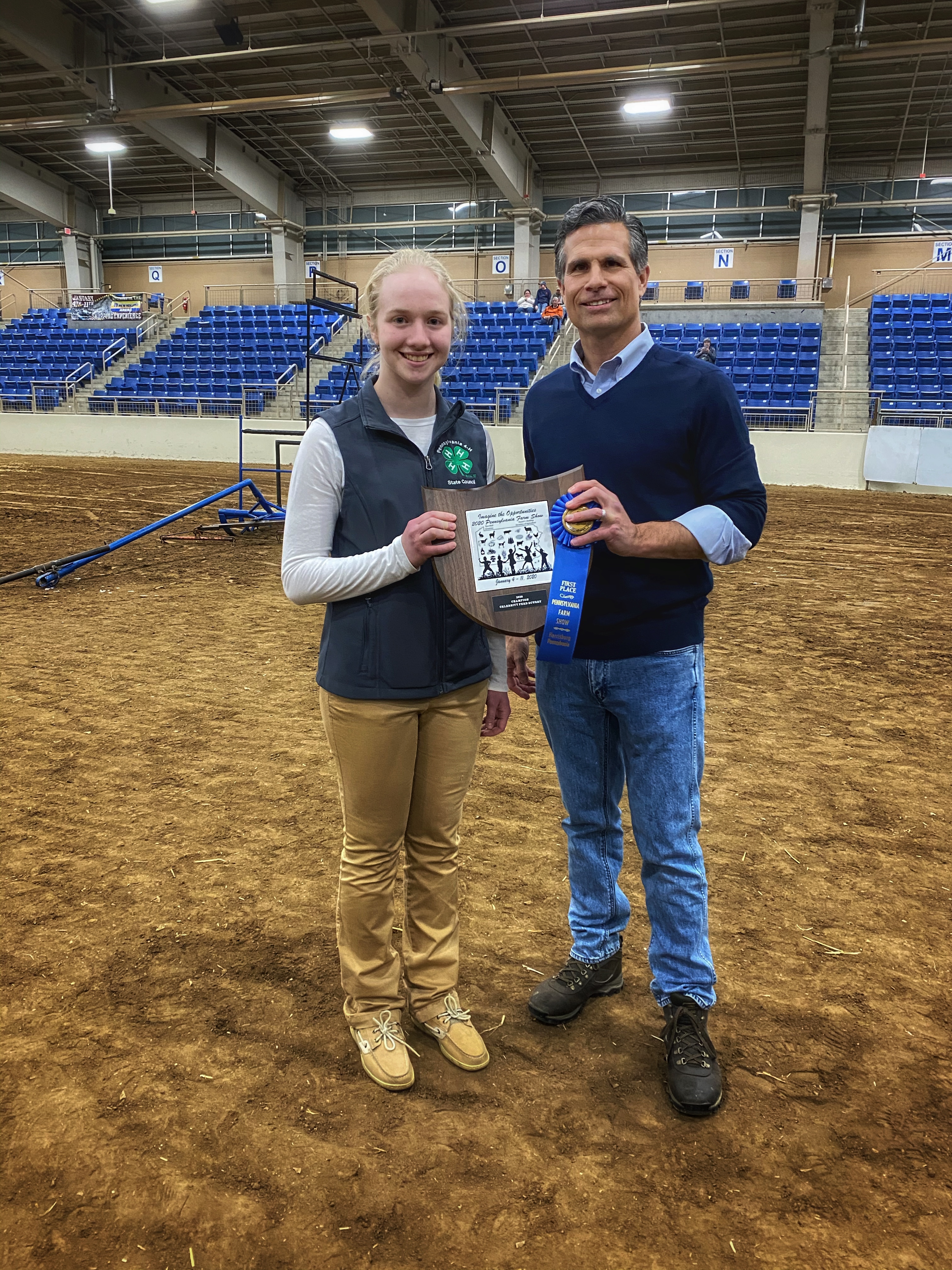 I attended and spoke at the PA AG GOP Meeting at the Pennsylvania Farm Show. I was joined by Congressman G.T. Thompson, PA GOP Chair Lawrence Tabas and AG GOP Chair Mike Firestine. I strongly believe that what is good for our farmers is good for our country and my voting record reflects that and it always will. 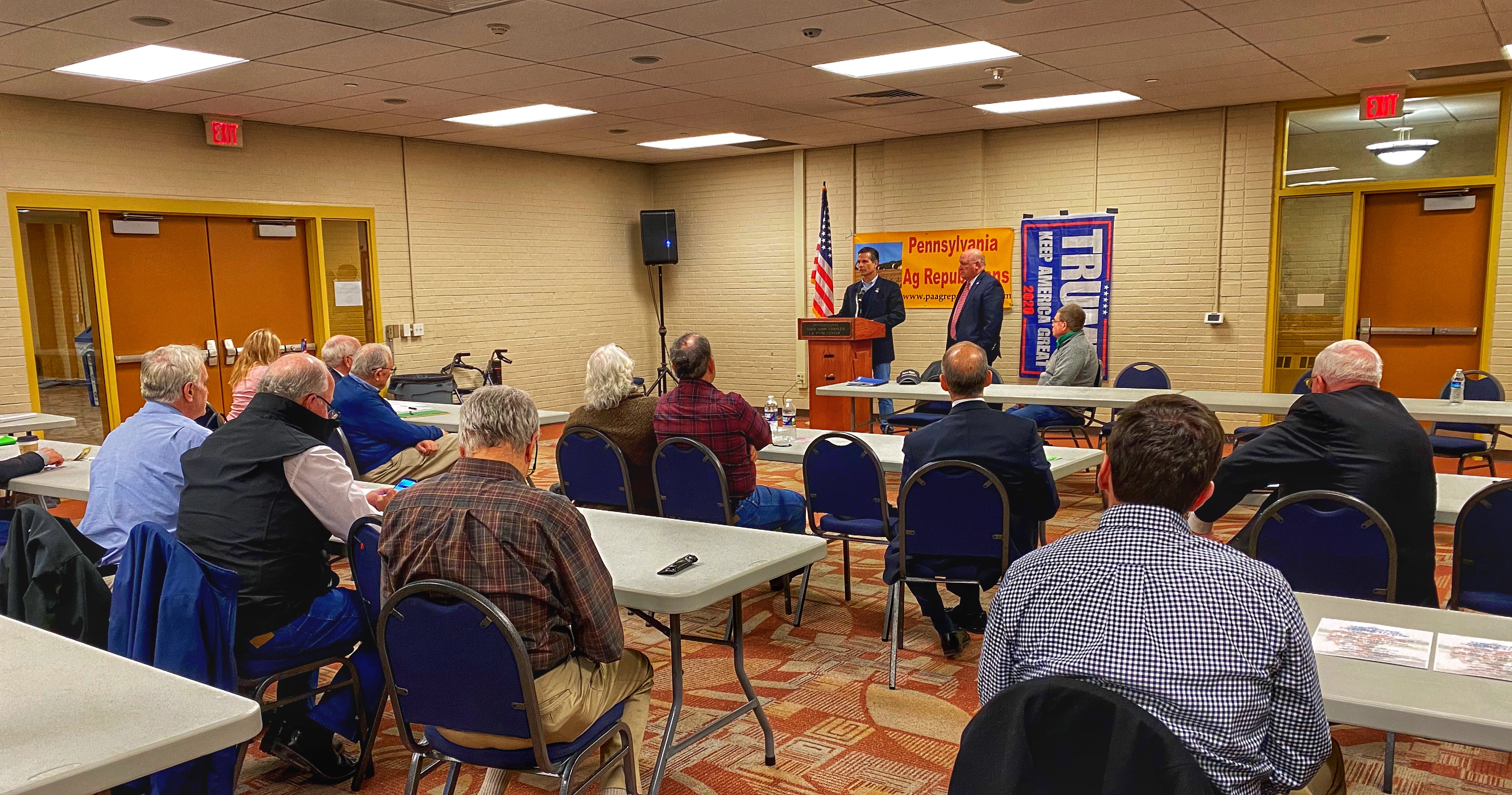 In Washington, D.C., everyone is focused on the ongoing situation in Iran and Iraq. President Trump took decisive action to order a strike that killed Qassem Soleimani, the commander of the Islamic Revolutionary Guard Corps-Quds Force, a U.S.-designated Foreign Terrorist Organization. Soleimani was responsible, either directly or by proxy of trained militias, for the death of hundreds of Americans and the injuring of hundreds more, including an attack last month that killed an American citizen and a siege of the U.S. Embassy in Baghdad.

While the majority of Americans support the President’s decision to eliminate a known terrorist, many Democrats are using this situation as part of their endless attacks against the President.

I attended a classified briefing with Secretary of State Mike Pompeo, Secretary of Defense Mark Esper, Chairman of the Joint Chiefs of Staff General Mark Milley and CIA Director Gina Haspel on the situation in Iraq and Iran. We obviously cannot disclose any findings. However, what was clear to anyone in the room who was listening, facts were presented that proved Soleimani was not only responsible for hundreds of Americans, but he was planning imminent attacks.

On Thursday, Speaker Nancy Pelosi brought a non-binding resolution to the House Floor that lacks the force of law, claiming it will limit the President’s legitimate war powers. I strongly opposed this measure as it would direct the President to terminate the use of U.S. Armed Forces engaged in any hostilities in or against Iran, a country universally known as the leading state sponsor of terrorism throughout the Middle East, providing funding and training for Hezbollah, Hamas, and various other terrorist groups. The Democrat leadership's efforts are solely targeted on undermining the President and politicizing his actions to protect Americans. This is shameful.

What is crystal clear is that the world is a better and safer place without Qassem Soleimani, and I refuse to support any legislation that weakens the ability of President Trump, or any President for that matter, to bring about swift action to eliminate a murderous terrorist. There is legal clarity on this issue that dates back to our Constitution and was reaffirmed 1973 and again in 2002. Most Constitutional lawyers have also come forward and stated that the President was fully in his rights to act in this situation.

Now is the time to demonstrate national resolve and unity, not force votes that place party politics before national security. The Democrat leadership has proven time and time again they cannot be trusted to lead. That is why  Republicans must win back control of the U.S. House.

This week, Congressman David Trone and I introduced the Family Support Services for Addiction Act (FSSAA). The new legislation will create a $25 million grant program over five years to help national and local nonprofit organizations provide family support services for addiction treatment. This legislation will help families access resources to guide them through the incredibly difficult and daunting process of helping a loved one with substance use disorder. Family support services help families navigate their insurance coverage, explore treatment options, and understand how they can best help their loved one recover. Combating the opioid epidemic has been a top priority since coming to Congress, and I believe this legislation can play a key role in ensuring those struggling get the help they need.

Additionally, I hosted a very well-attended, with over 4,000 constituents participating, telephone town hall regarding key issues facing our District. We had an excellent dialogue and the interests of the people of the 9th Congressional District are always my top priority.

In News You Won’t Read In The Mainstream Media: Our nation is safer today because of the actions President Donald Trump and Congressional Republicans have taken to strengthen our military. We have invested in our military and ensuring our forces can defend against any and all threats.

As this is an election year, petitions will begin being circulated January 28th. We have a great organization. However, if anyone would like to join our team, we would certainly appreciate your involvement. Any questions or information regarding petition events across the District, please contact our Field Campaign Manager Rob Bresnahan at rob@meuserforcongress.com. Rob is a high-energy, successful business person and problem solver who will now be our field campaign manager for our re-election. Rob is pictured below. 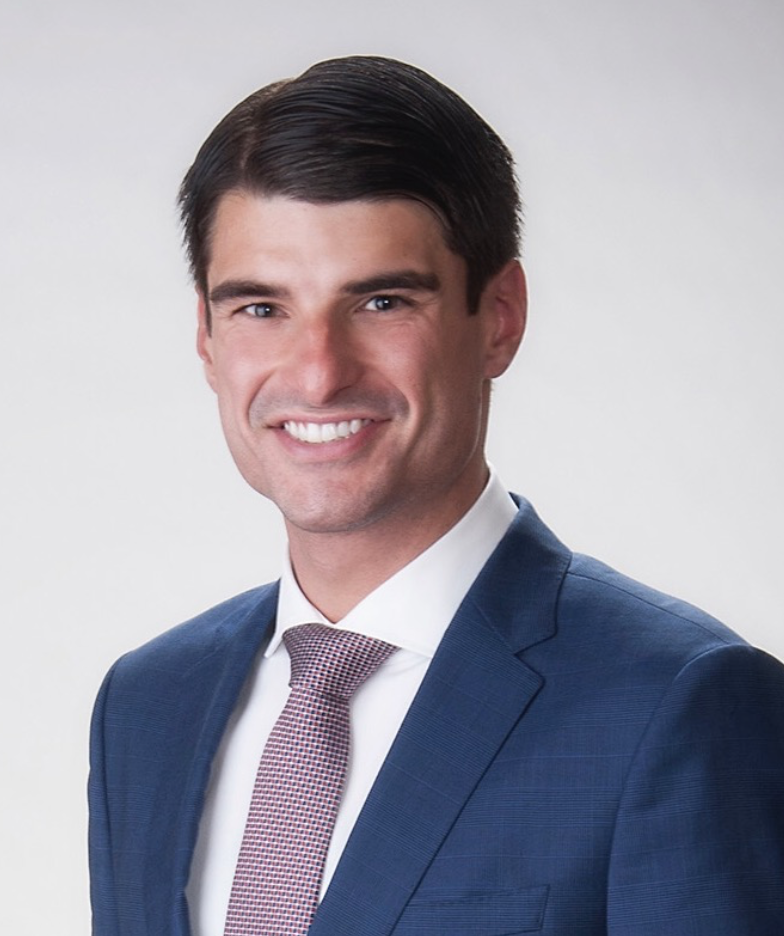