On Tuesday, Pennsylvanians went to the polls and overwhelmingly elected Republican candidates for judge, mayor, council member, school board director, and other offices up and down the ballot. In addition, we are very fortunate that the people elected strong conservative statewide Republican Constitutional Judges. Congratulations to Supreme Court Justice-elect Kevin Brobson, Superior Court Judge-elect Megan Sullivan, and Commonwealth Court Judge-elect Stacy Wallace. Commonwealth Court Judge Drew Crompton’s election has yet to be decided. We are hopeful he will be victorious once the process is completed. (Pictured below with Supreme Court Justice-elect Kevin. Brobson.) 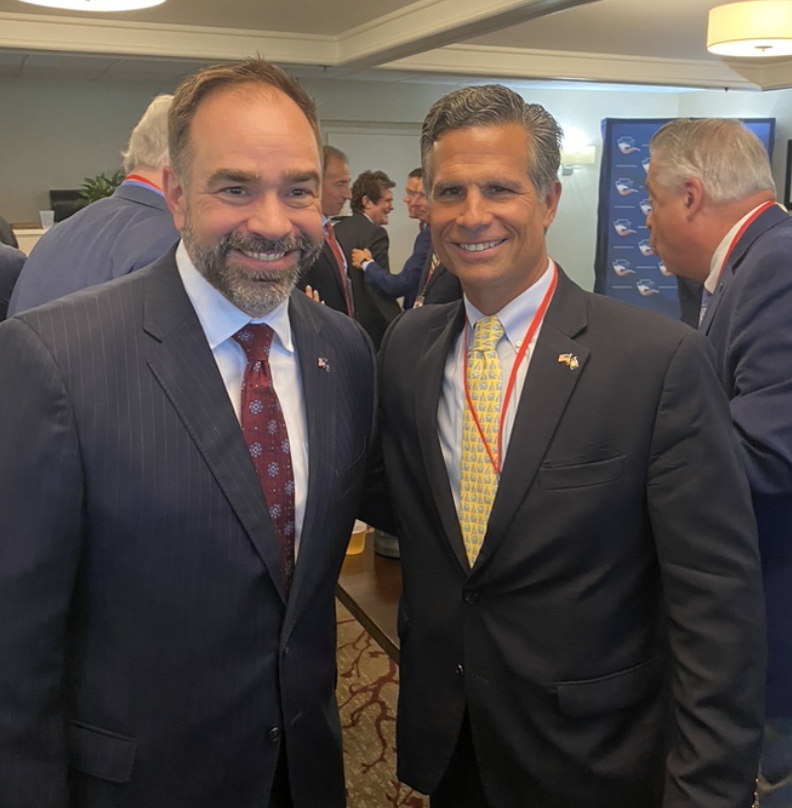 In Virginia, with the support of parents and hardworking Americans, Glenn Youngkin scored an impressive victory. His message of job growth, parental involvement in education, and a commitment to public safety carried the day in Virginia and highlighted the clear differences between Republicans and Democrats. Youngkin’s victory helped propel Republicans in Virginia to sweep the races for Lieutenant Governor, Attorney General and helped Republicans regain control of the house of delegates. 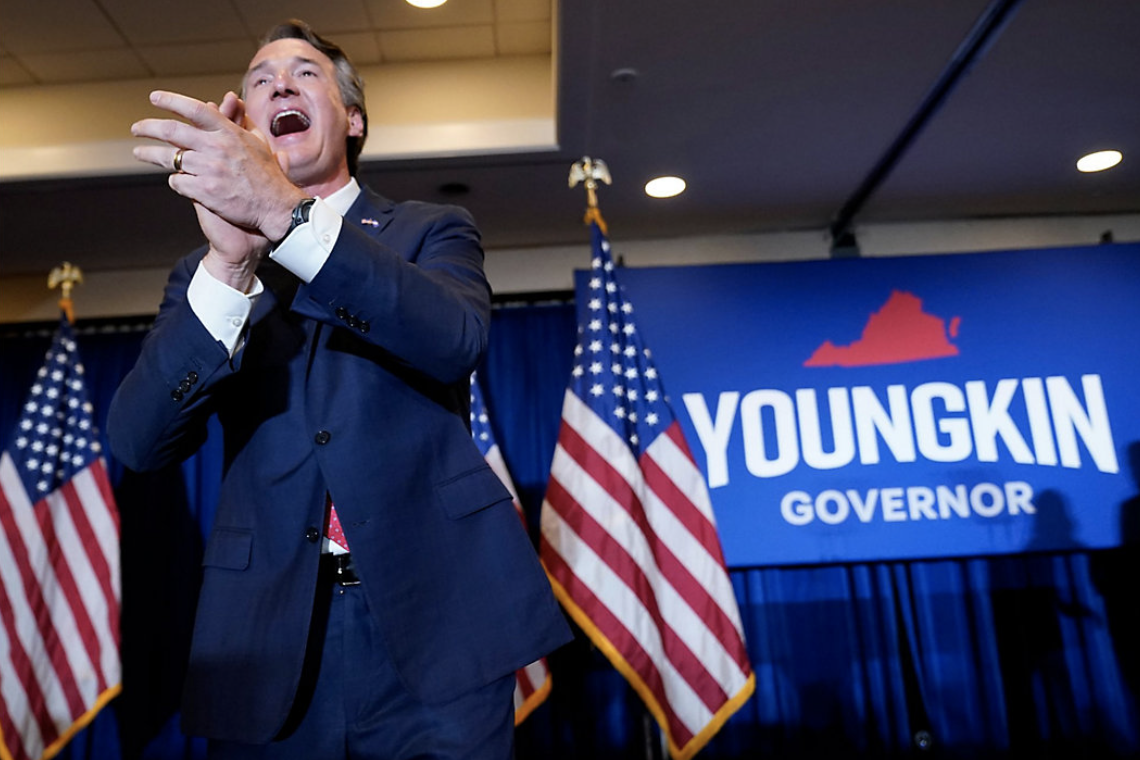 In New Jersey, it appears Republican candidate Jack Ciatterelli may have come just short of defeating heavily favored incumbent Governor Phil Murphy. However, in perhaps the story of the night and a political upset for the ages, powerful Democratic State Senate President Steve Sweeney lost to Republican Ed Durr. Durr is a truck driver by trade and had only spent a little over $5,000 on his campaign. This is a major victory, and we need more truck drivers in elected office and less entrenched far-left leadership.

As an aside, this week, Governor Tom Wolf admitted he had his wife drop off his mail-in ballot in violation of state election law. The irony is that the Voting Rights Protection Act (which Tom Wolf vetoed) would have permitted immediate family members to return each other’s ballots. Additionally, the bill included several bipartisan reforms like voter ID and improving access for disabled voters. But Governor Wolf vetoed the bill, and in doing so, denied disabled voters easier access and barred spouses from returning each other’s ballot. Predictably, Governor Wolf did not abide by the same rules he set forth. We need commonsense reforms to our voting processes that restore faith in the process.

I was in Washington, D.C., this week as Congress continued to debate large liberal spending bills. Despite the major electoral losses for Democratic candidates on Tuesday night, Speaker Nancy Pelosi doubled down and committed to running their extreme agenda. As I noted in a recent media appearance, many American people who voted for Joe Biden thought they were getting the same old Joe Biden. The truth is that they truly got Bernie Sanders and a willing accomplice in Speaker Nancy Pelosi. The reconciliation bill is a special interest Christmas, where only the favorite child gets a gift, and the rest of the children get to pay for it. I appeared on Newmax’s Wake Up America with Rob Finnerty; click here or below to watch. 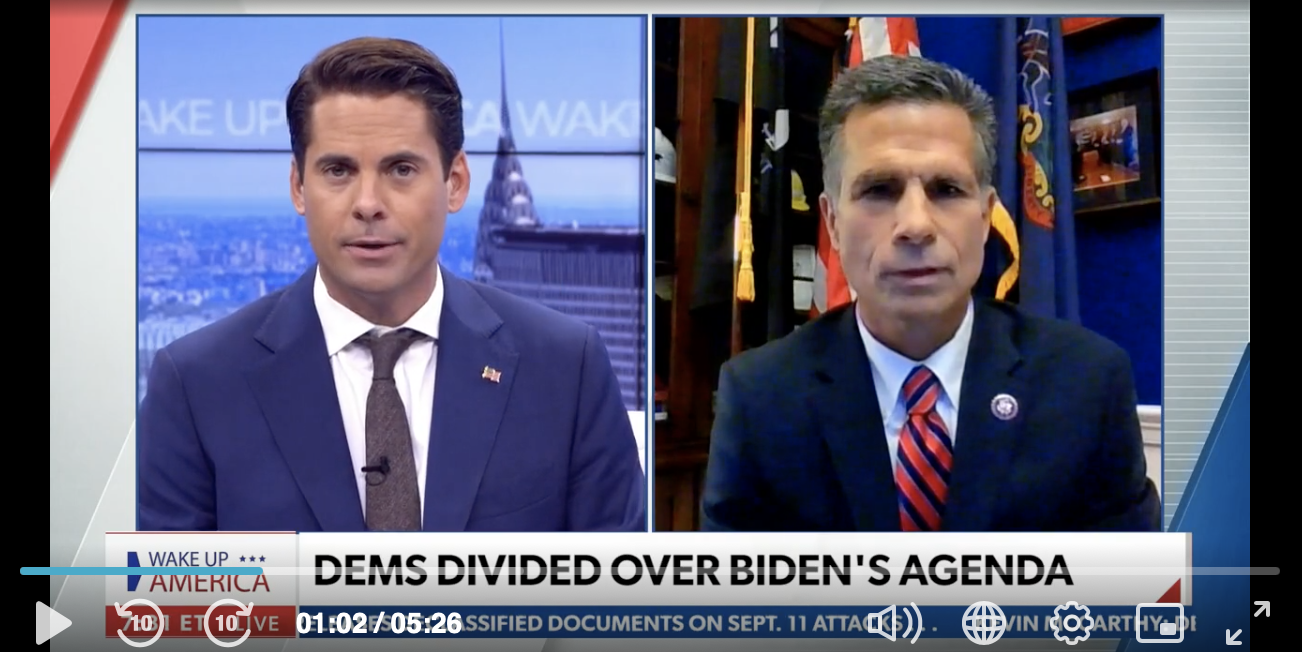 Unfortunately, after much internal wrangling and intraparty fights within the Democratic Party, it appears they are on the verge of passing the Build Back Broke Agenda. It includes massive tax increases, will make our nation even more dependent on other nations for our energy, and will make America less competitive on the world stage.

After delaying a vote on the Transportation and Infrastructure bill for three months, the “moderates” and progressives in the Democratic Party cut a deal. Moderates vote for the reconciliation bill, and progressives would vote for Transportation and Infrastructure…. Meanwhile, Republicans were not invited. These two bills are linked… and that is unfortunate for the American people. 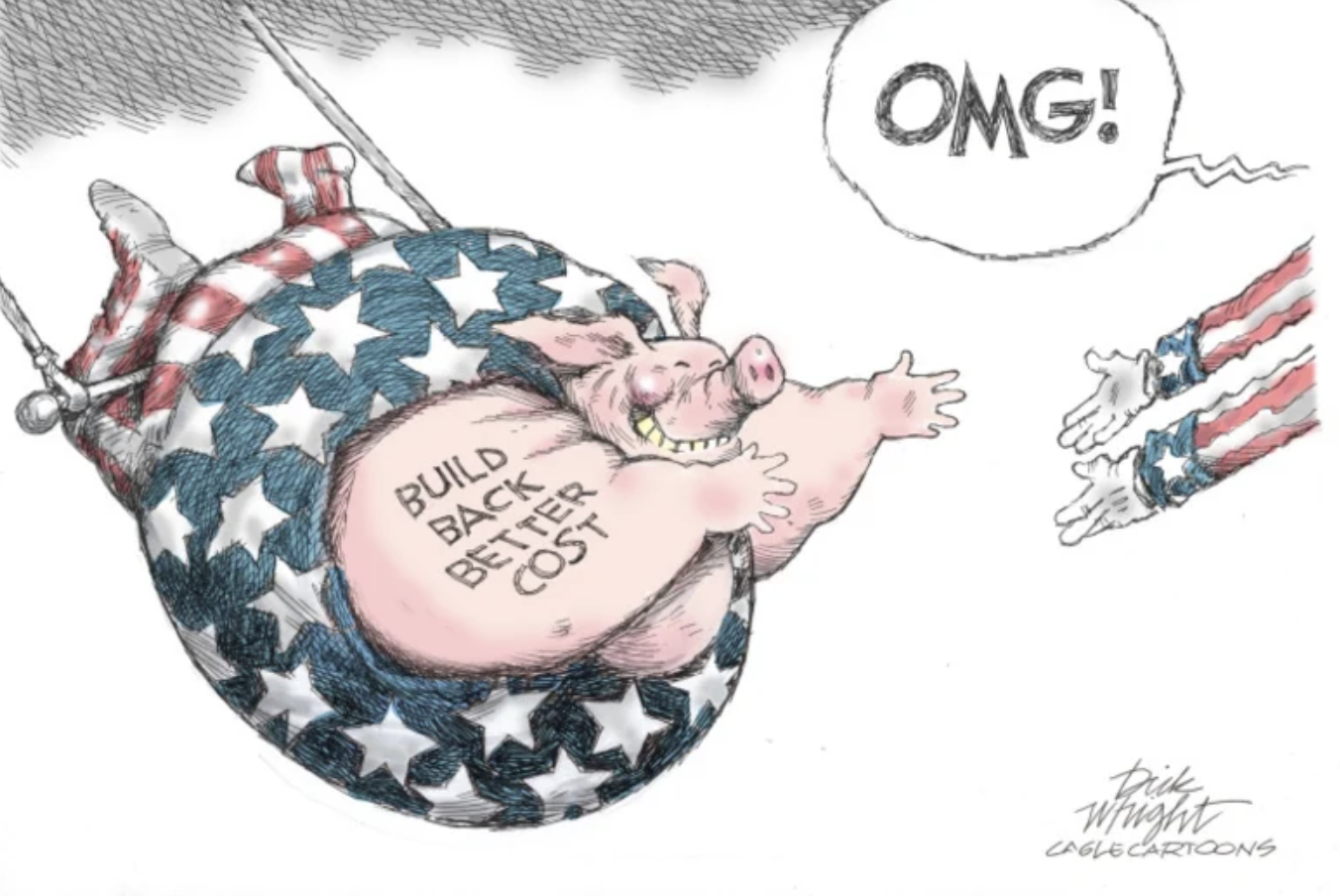 While I support investments in infrastructure, I cannot and will not support an infrastructure bill that is tied to a massive reconciliation effort to increase spending dramatically, hike inflation, create more worker shortages, and exacerbate our supply issues. The American people don’t’ want us to make our government bigger; they want us to make our country better. I spoke to Charles Payne on Fox Business about how the Democrats’ Build Back Broke Bill will be disastrous for our small businesses and hardworking families. Click here or below to watch. 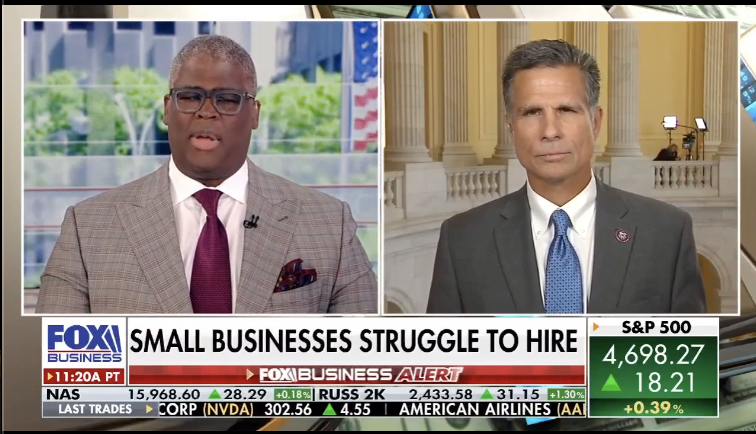 This week, Biden embarked on his overseas apology tour on behalf of our nation. Unfortunately, this time he was apologizing for our nation’s carbon emissions while omitting that our nation actually is a leader in clean energy. While he apologizes, he fails to mention our nation's significant strides over the past two to three years to become world leaders in reducing our carbon emissions. We also spoke about the disastrous reconciliation bill. I appeared on Newsmax’s American Agenda. Click here or below to watch.

This week, I joined my House Small Business Committee and Financial Services Committee colleagues for a hearing on the Democrat's intrusive IRS surveillance proposal. This is a disastrous plan, and the logic is just WRONG. Rather than working on policies to expand the economy, Democrats want to hire an army of IRS agents to invasively snoop on Americans' bank accounts to ensure they milk every last dollar from each taxpayer. We will continue to fight against this destructive policy and the rest of the Build Back Broke Agenda.

IN NEWS YOU WON’T HEAR IN THE MAINSTREAM MEDIA: The October jobs report was again disappointing. After Biden and Democrats spent months paying Americans to stay home, Republican states led the way in lowering the unemployment rate and getting Americans back to work. To add to his list of failures, Biden announced an unconstitutional vaccine mandate that will only serve to further disincentive folks from joining the workforce. Meanwhile, Americans are paying more for everything from gas to groceries, and Democrats are pushing through trillions in spending and a tax cut for the wealthiest Americans. Voters soundly rejected Biden’s failed economic agenda at the ballot box this week and will do so again in 2022.”

The truth remains that Biden and Democrats are making all the wrong moves related to job creation. Unfortunately, the proof of their failure is evident in these job reports.

Lastly and most importantly, in honor of Veterans Day, I want to recognize all of our brave veterans for the courage and sacrifices they have made to defend our nation and our freedoms. As President Ronald Reagan once noted, “Those who live today remember those who do not. Those who know freedom remember today those who gave up life for freedom. . . . For all time, they are what we can only aspire to be: giving, unselfish, the epitome of human love — to lay down one’s life so that others might live.”