With Election Day just days away, I had a great time in Latrobe last night with President Donald J. Trump for his Election Day Rally. He rallied support for the Republican ticket, including Dr. Oz for U.S. Senate and Doug Mastriano for Governor. I am proud to have President Trump’s endorsement for re-election. (Watch President Trump give us a shoutout from the rally yesterday by clicking here or below.) 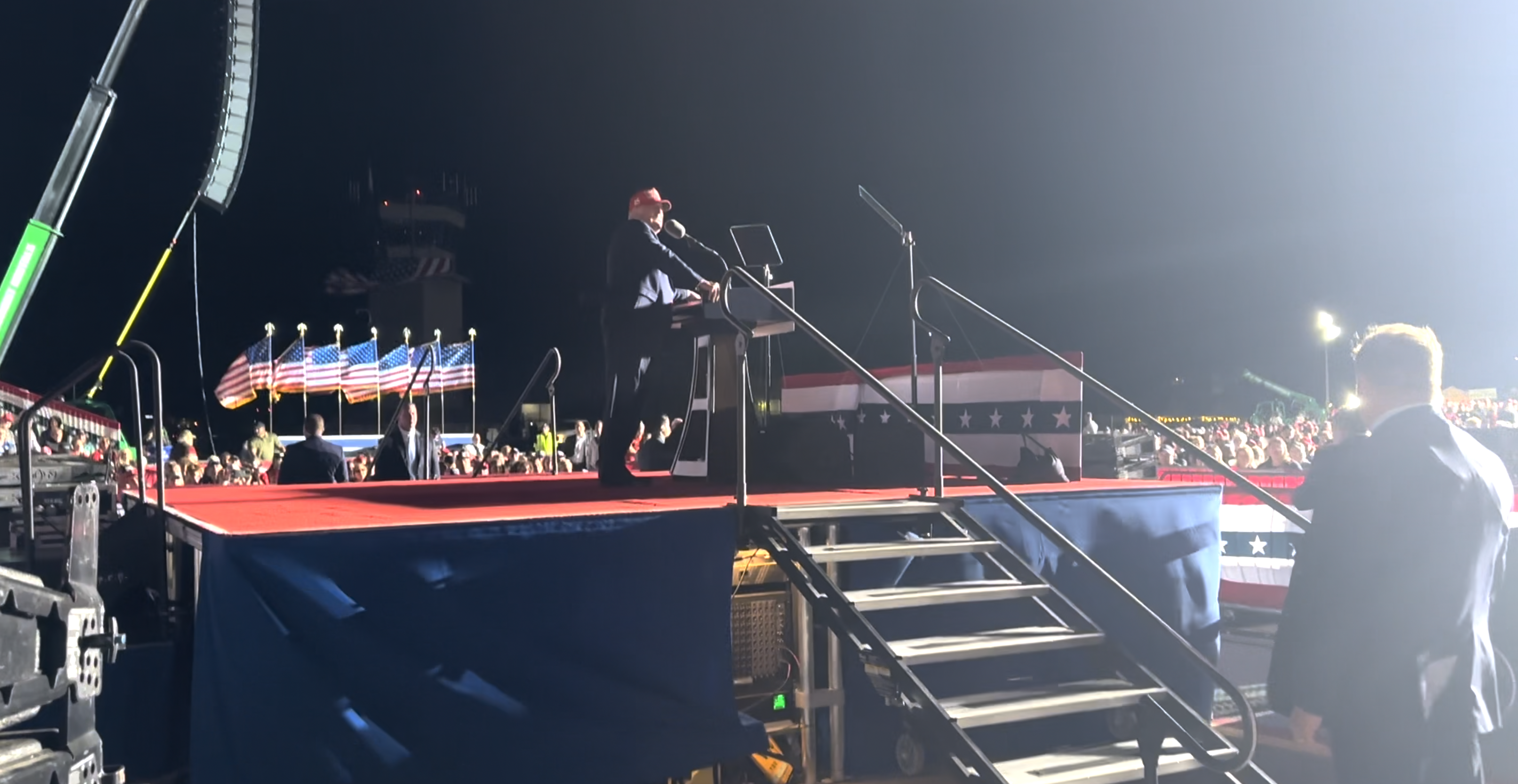 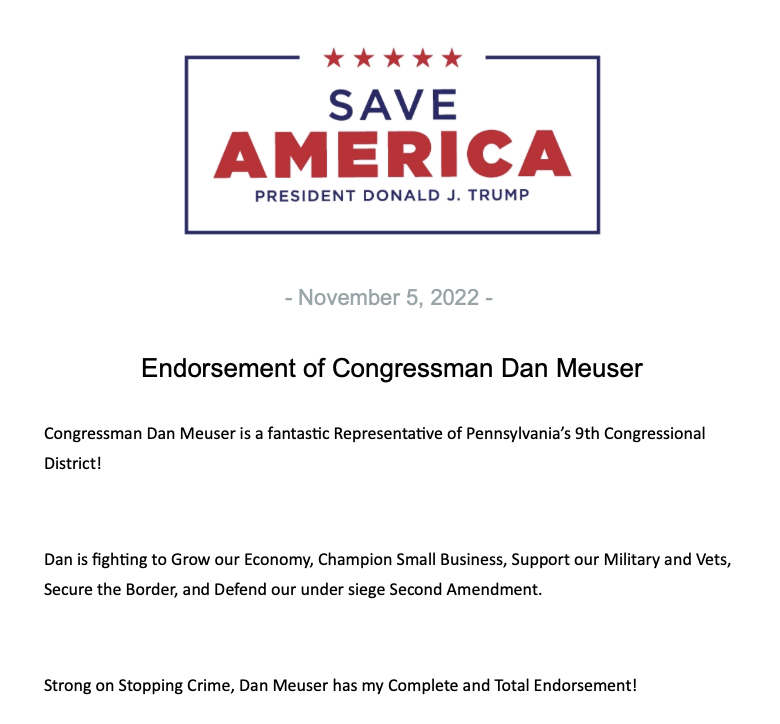 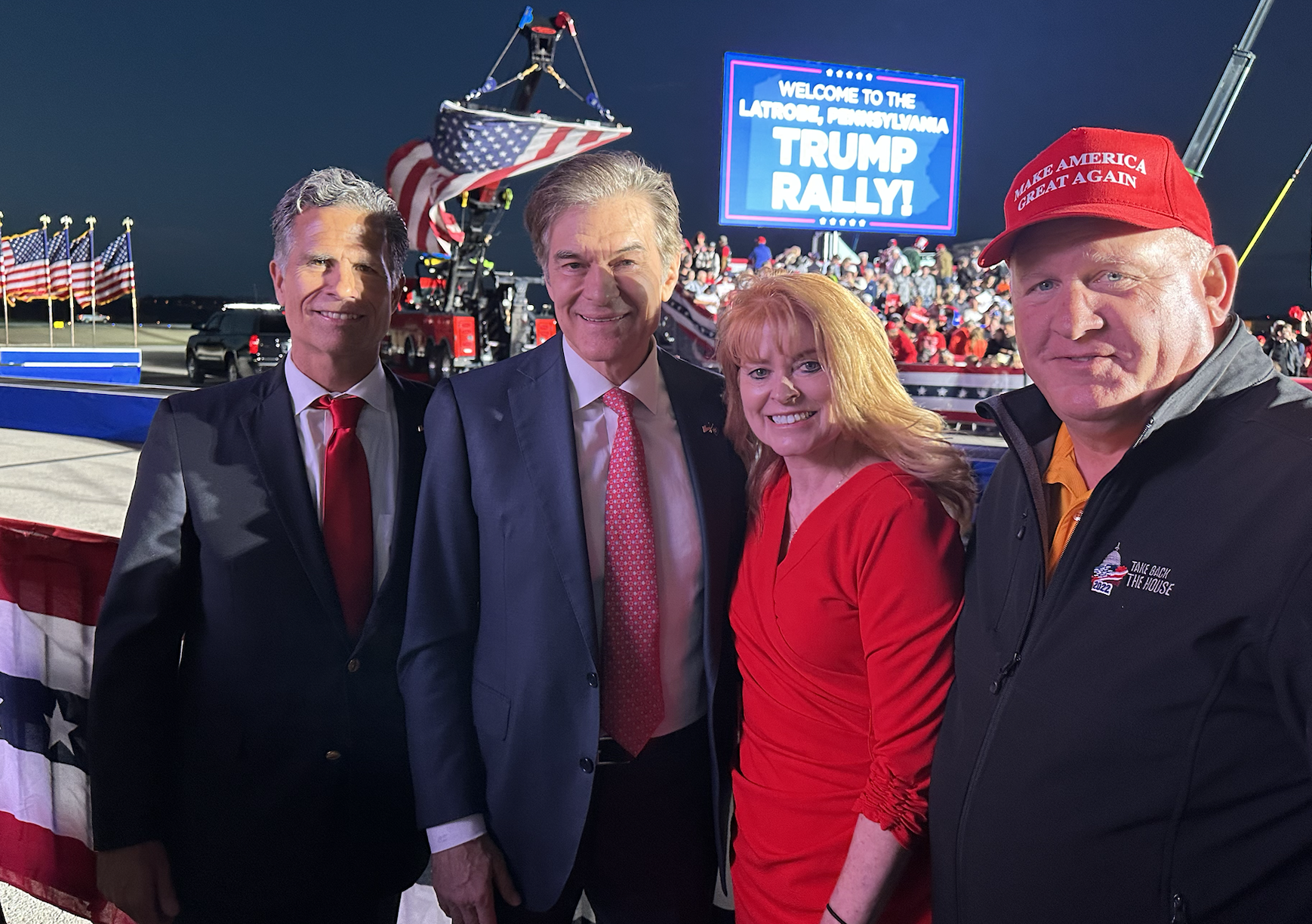 Earlier this week, I joined "Mornings with Maria" on Fox Business to discuss tensions in Iran, the disastrous Biden economic policies and wasteful spending that are hurting Americans, and claims that Republicans will impact Social Security by Biden Democrats. Click here or below to watch. 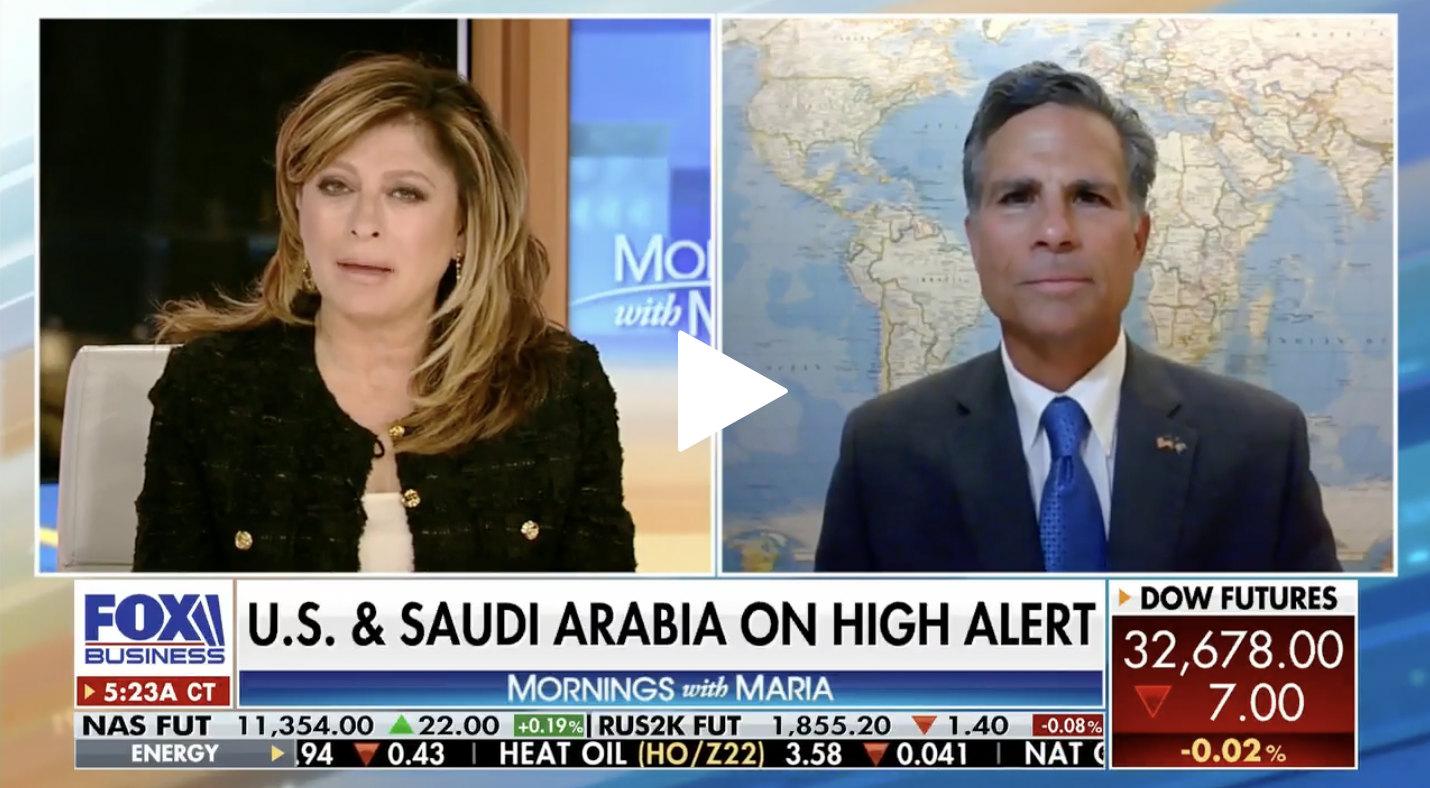 On Monday, we stopped in Tamaqua to campaign alongside Lisa Scheller, candidate for PA-07, and Kat Cammack all the way from Florida! We stopped at Hope and Coffee (Lisa is the founder) and got some great coffee and breakfast. 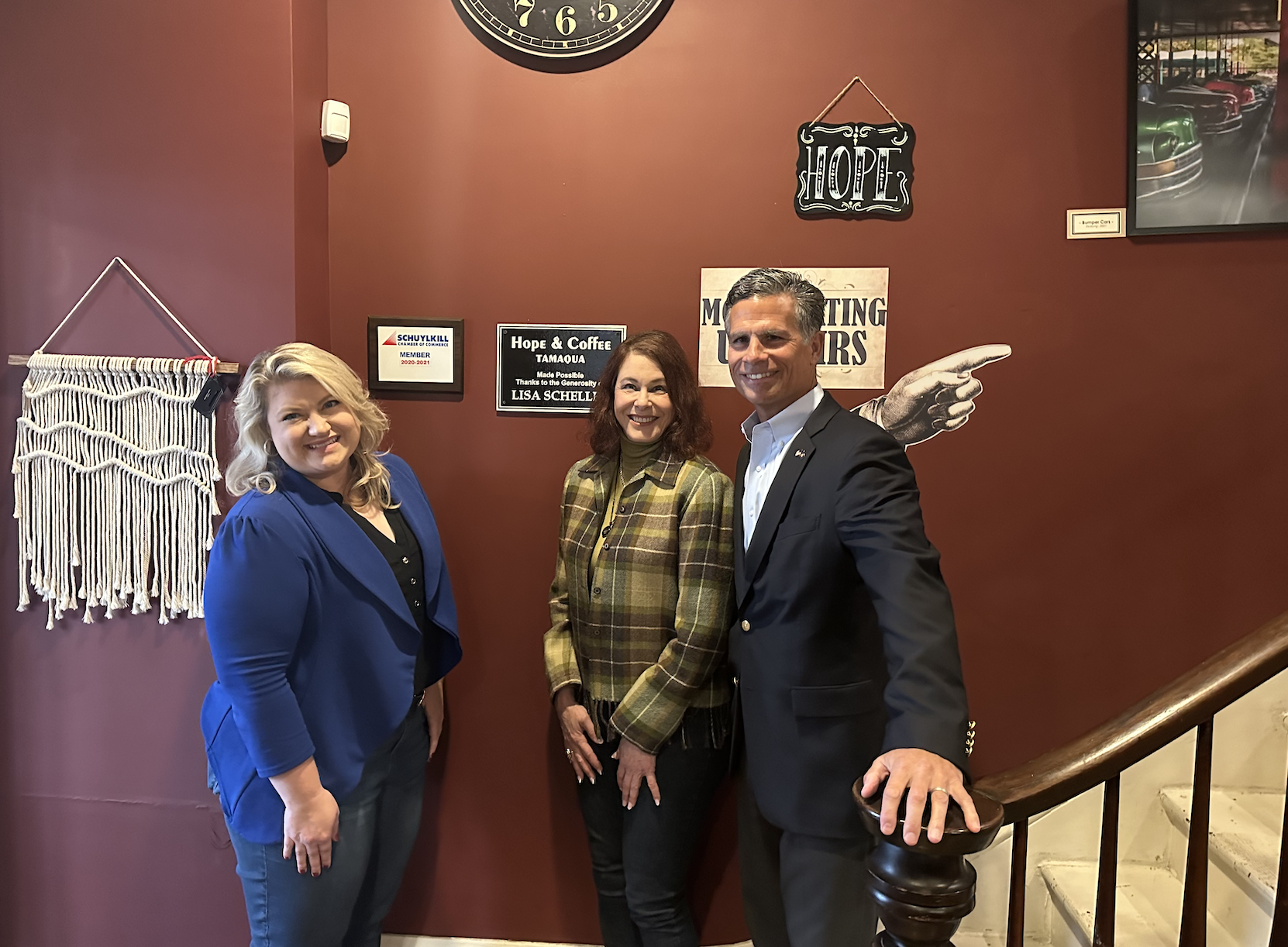 After breakfast, I headed to Pottsville to see the progress of Alvernia University’s CollegeTowne project. They are mid-way through construction. Pictured below with my friend Barry Schlouch, Alvernia president John Loyack, Vice President for Institutional Advancement Tom Minick, and Former State Rep Mike Tobash. 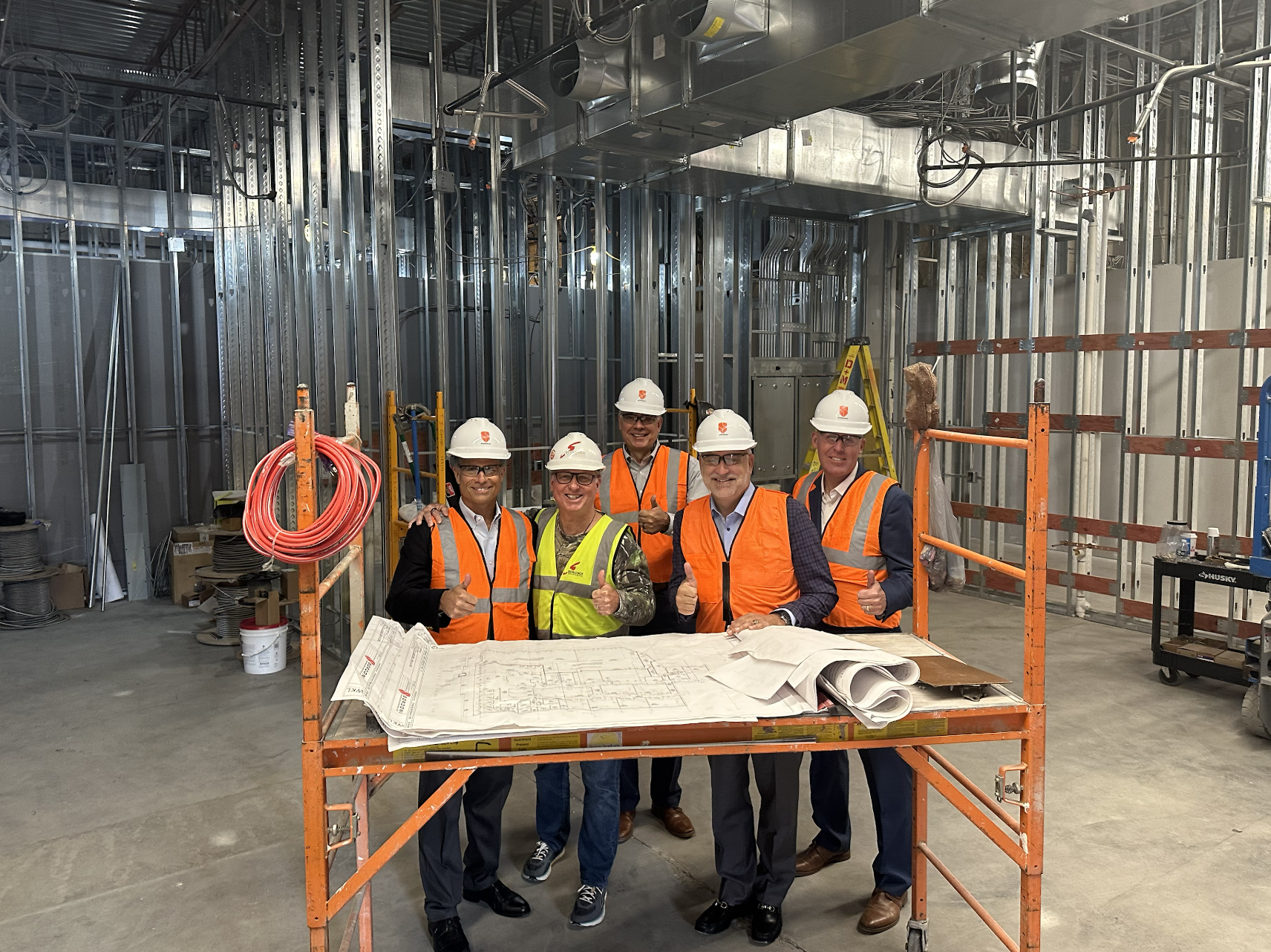 On Tuesday, I was glad to attend an event hosted by a great friend, Greg Fox, from Best Cigar Prices. Together, we welcomed many cigar industry leaders, and we discussed burdensome proposed regulations on premium cigars. It was an excellent opportunity to discuss the ongoing issues and how we can address them, invite more friends, and rally support for the upcoming election. 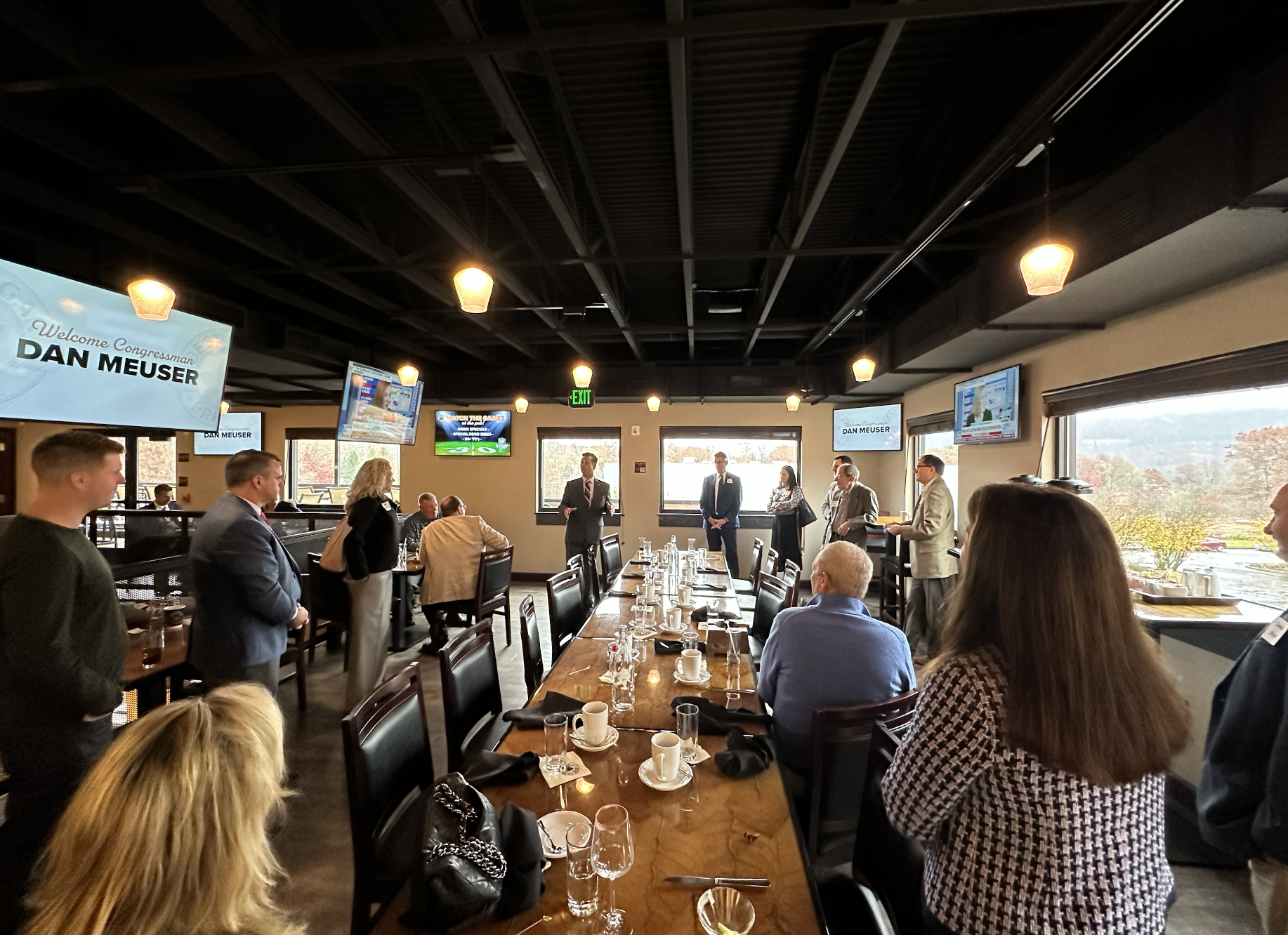 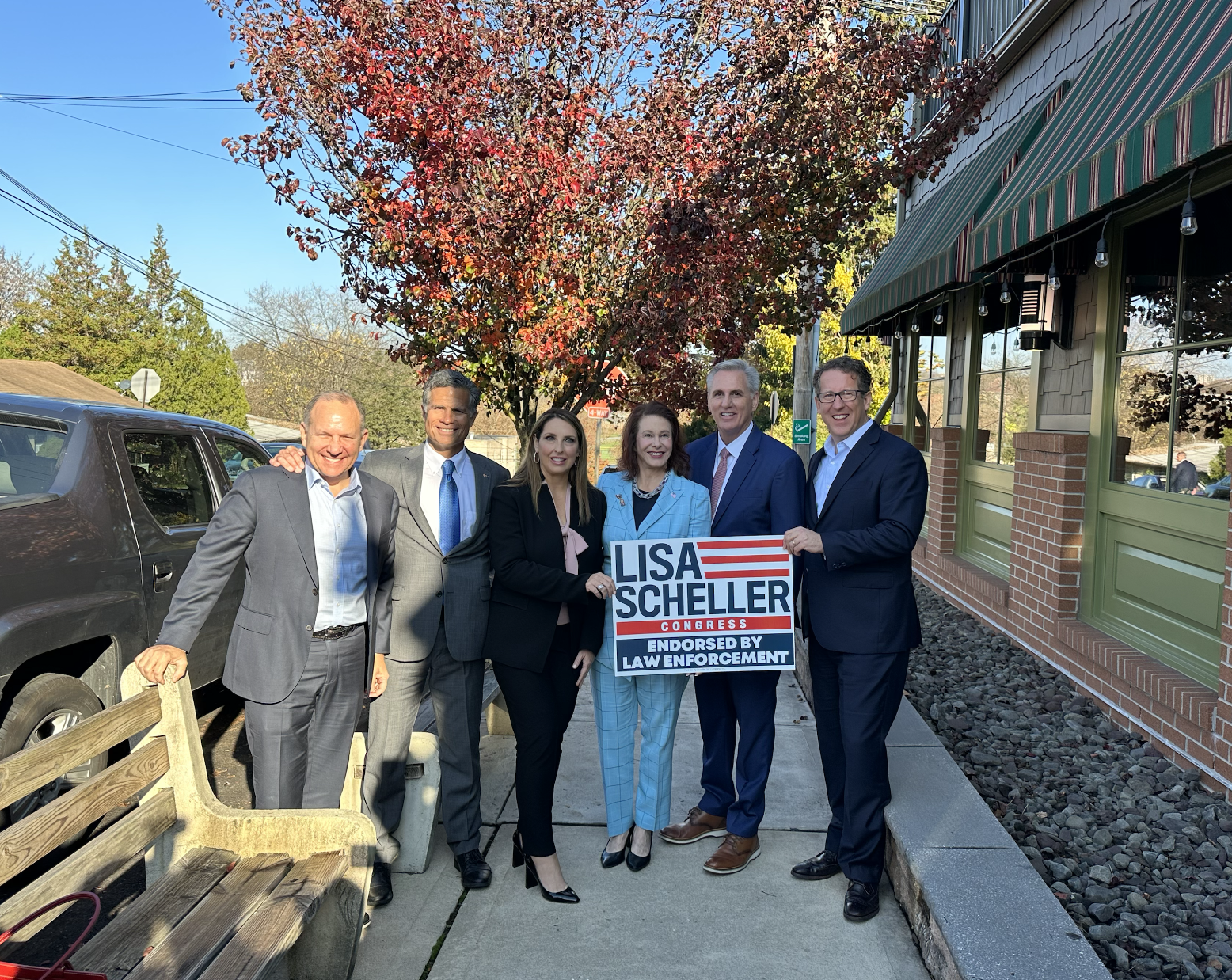 Later, I headed west to meet with Farm Credit and my good farmer friends Dave Smith and Brian Boyd. We discussed issues impacting the agriculture industry and how we can properly address them heading into the 118th Congress. Farmers are hard-working, valuable members of our community, and I will continue to do everything I can to support all farmers across the 9th District, Pennsylvania, and the United States. 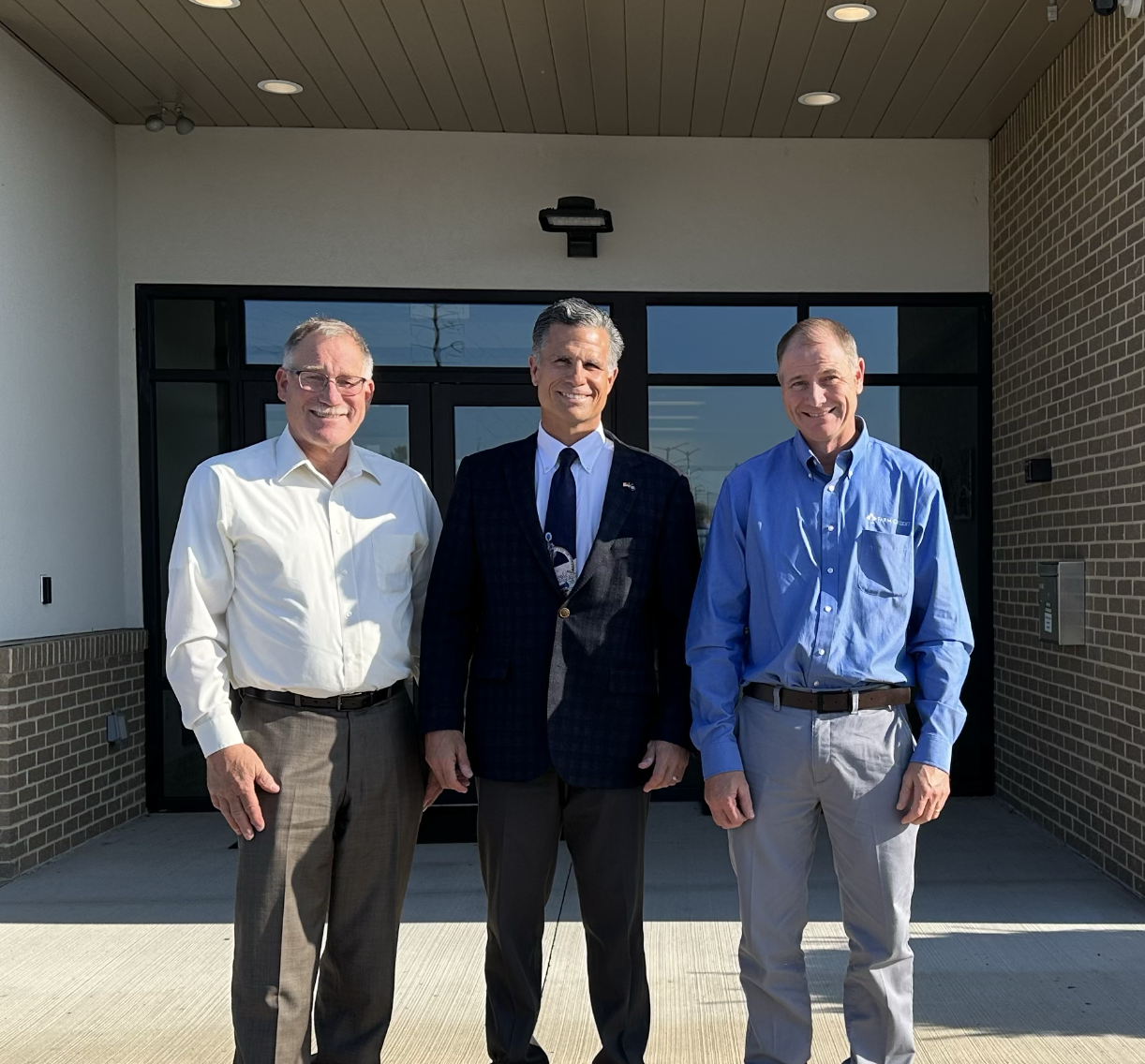 Then we had an excellent meet-and-greet event in Danville. There we met some new friends and got the opportunity to have a Q&A session. It was an excellent opportunity to talk about issues impacting residents of Montour County. I thank everyone who attended and look forward to my next visit. 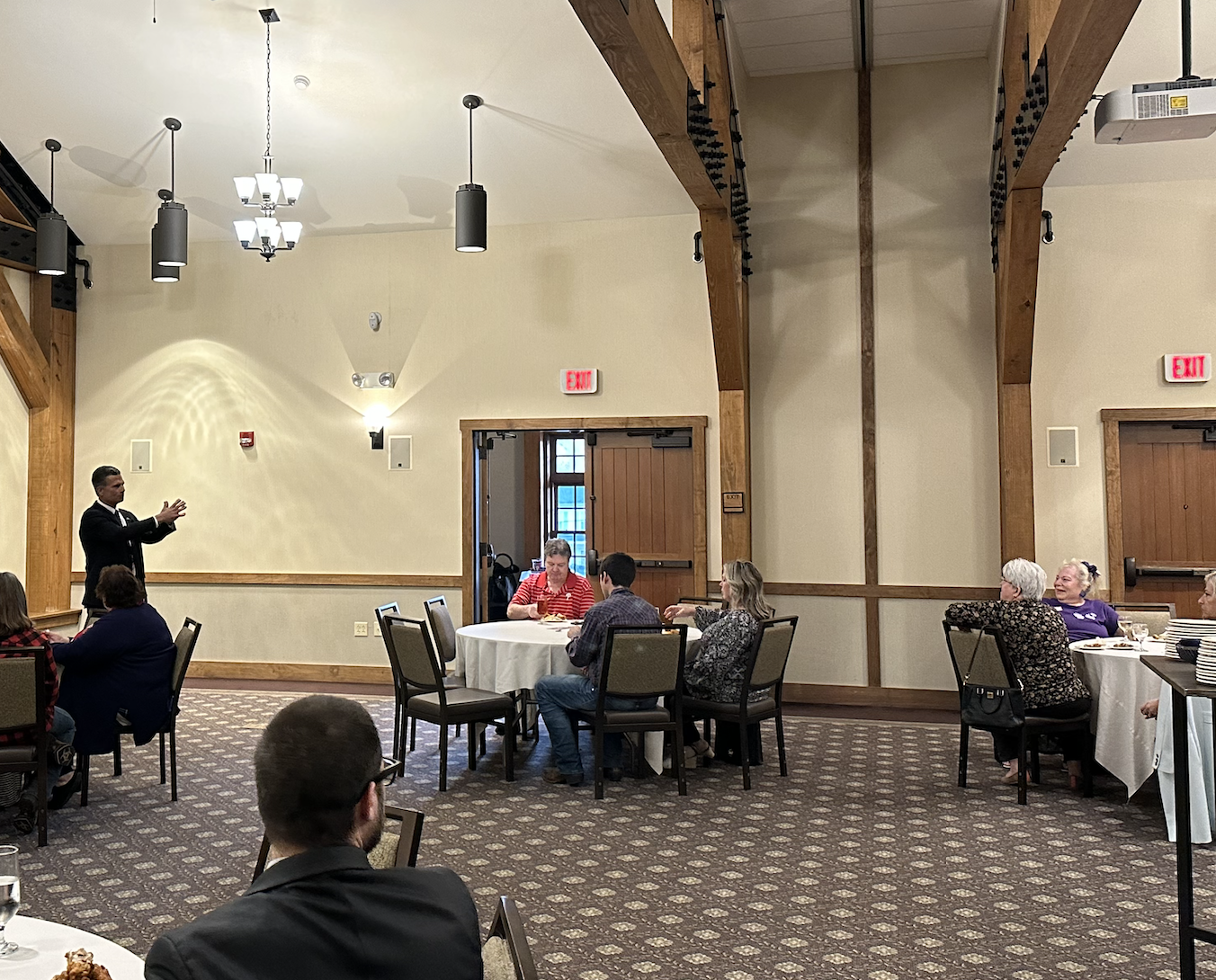 And to finish the day, we had a second meet-and-greet with State Representative Lynda Schlegel Culver in Sunbury. We had a packed house, and to make the night even more special... the Republican Committee surprised me with a visit with the family of Jordan and Robyn Morales. The Morales family had their hard-working aunt Deb Betz reach out to me in their time of need to help bring their newly adopted son, Nike, home from Haiti. They were struggling to get the documents to get him home safely. It was an incredible moment to meet him for the first time and spend the evening with many great people in Northumberland County. 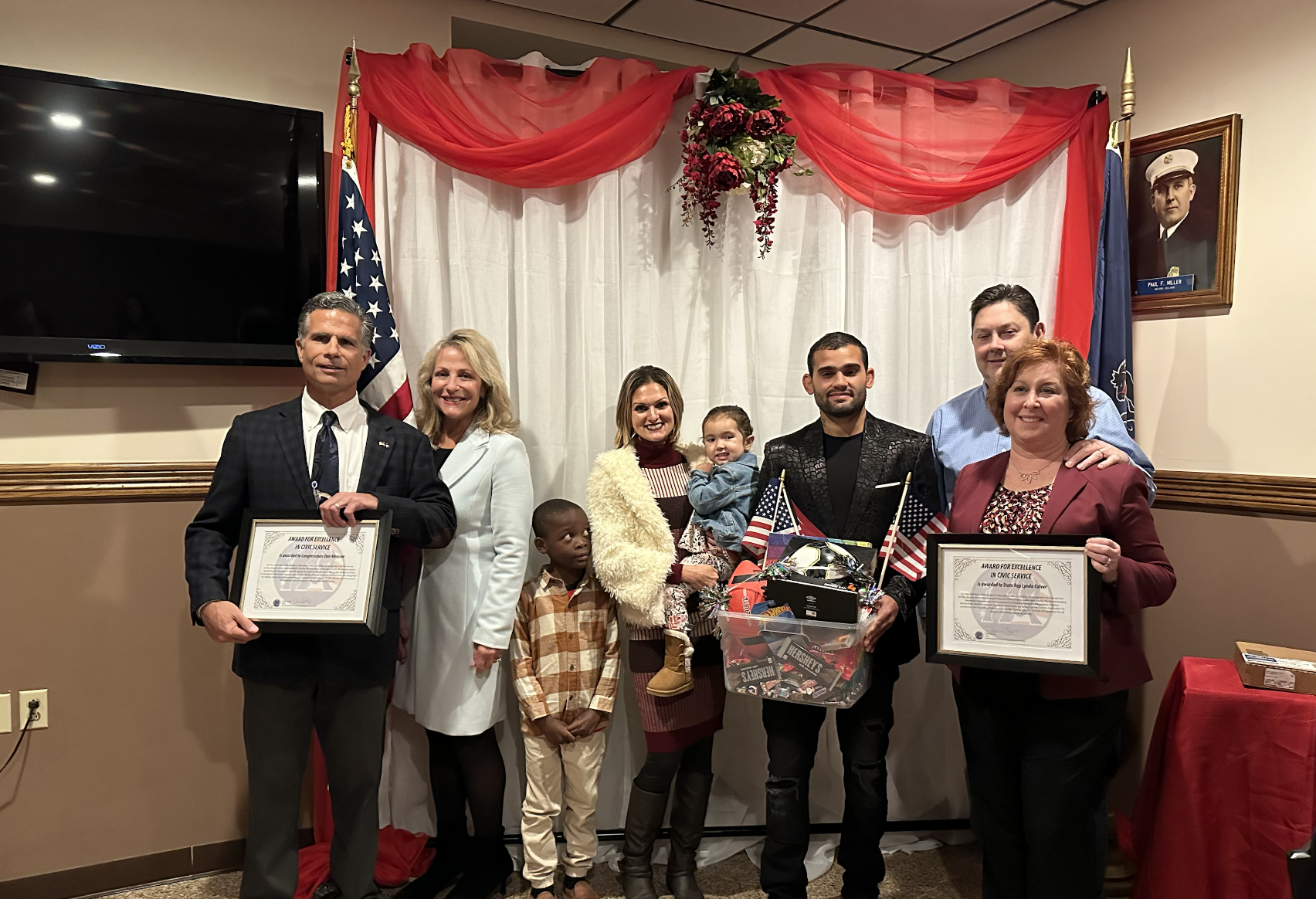 I also wanted to share a link to a Fox 56-WOLF TV report on the Morales family. The outcome was terrific, and I was so happy we were able to help. We wish nothing but the best to Nike and the entire Morales family. Click here or below to watch this great piece. 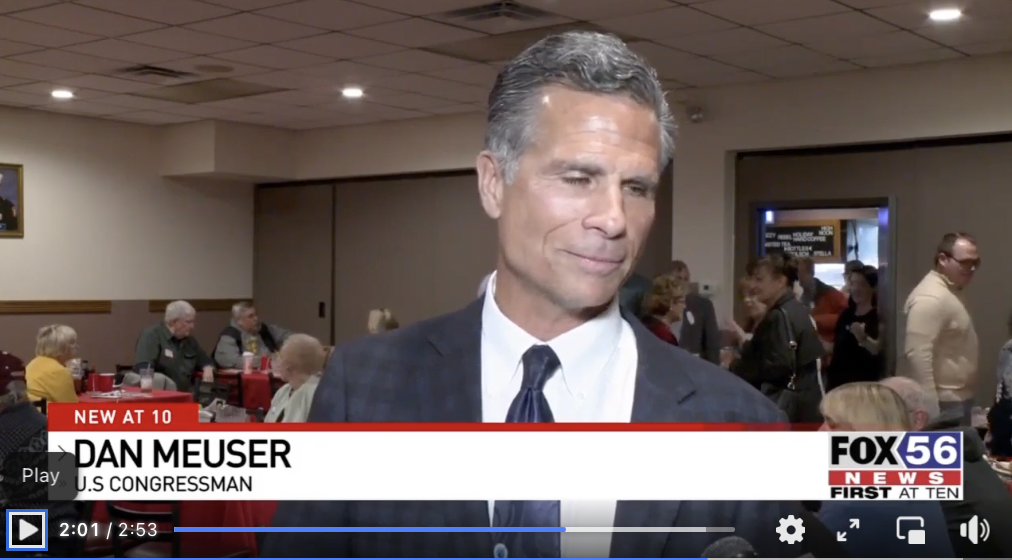 On Thursday, my good friend Brian Clements hosted a very nice event for me in Berks County, where many business and community leaders came together to support our campaign. Because of the help from people like Brian, I can do my part in helping our Republican leaders from U.S. Senate and statewide elections to Congress to State Senate and State Representative. 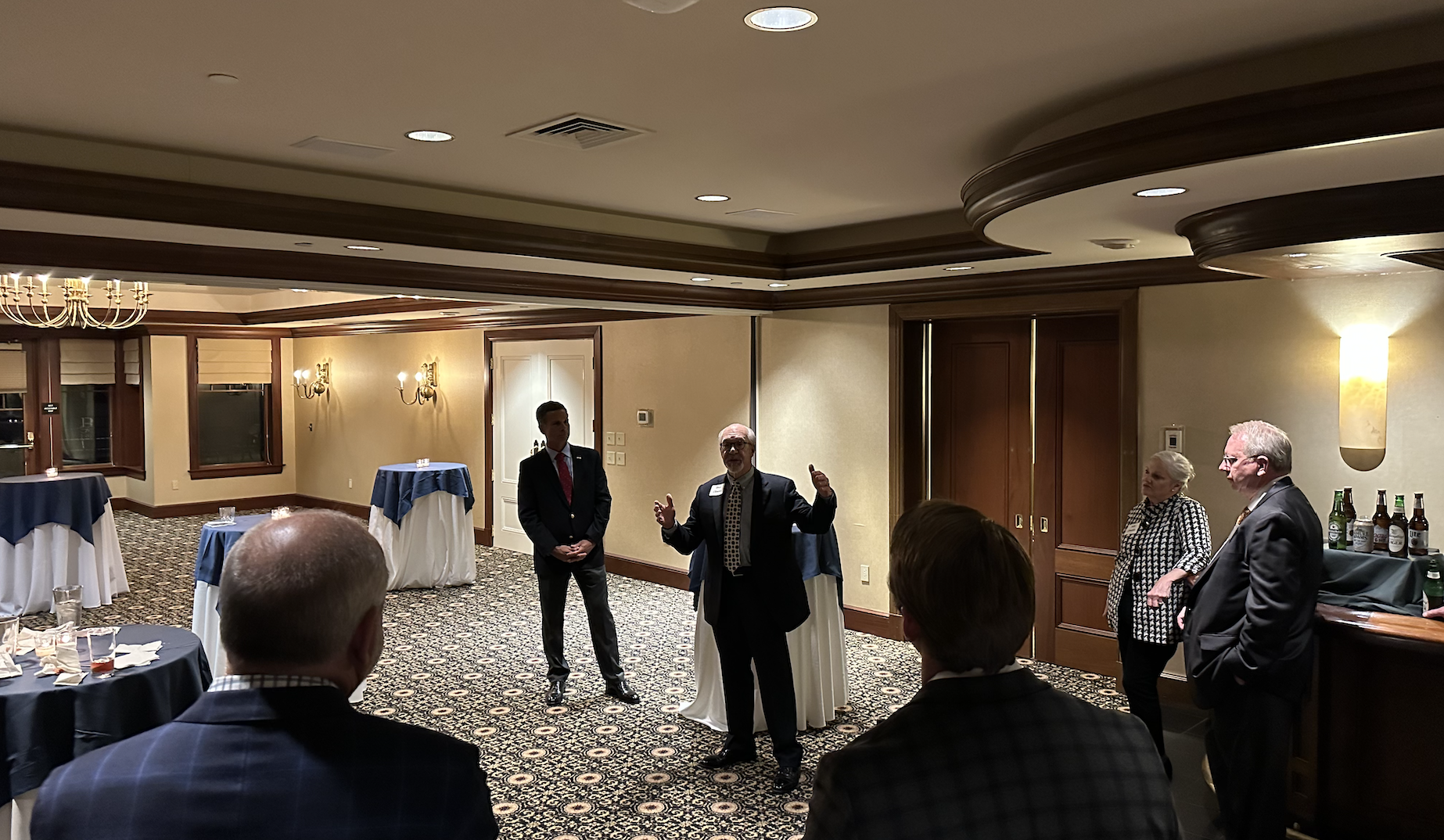 I attended and gave brief remarks on Friday morning at the Schuylkill Chamber of Commerce Veterans breakfast. The chamber hosted a breakfast and invited any veteran to enjoy a complimentary breakfast and be honored. The room was packed with our honored veterans. Lt. Col. (Ret.) John McGeehan gave the keynote speech. Colonel McGeehan served 28 years in the United States Army. He served three tours of duty with the special forces in Vietnam. During his remarks, Colonel McGeehan expressed the good, the bad, the ugly and stressed the importance of the sacrifices made by our veterans to preserve our nation's freedom. I want to thank Chamber President and CEO Bob Carl, Member Relations Director Samantha Chivinski, and their entire team for organizing such a great event. 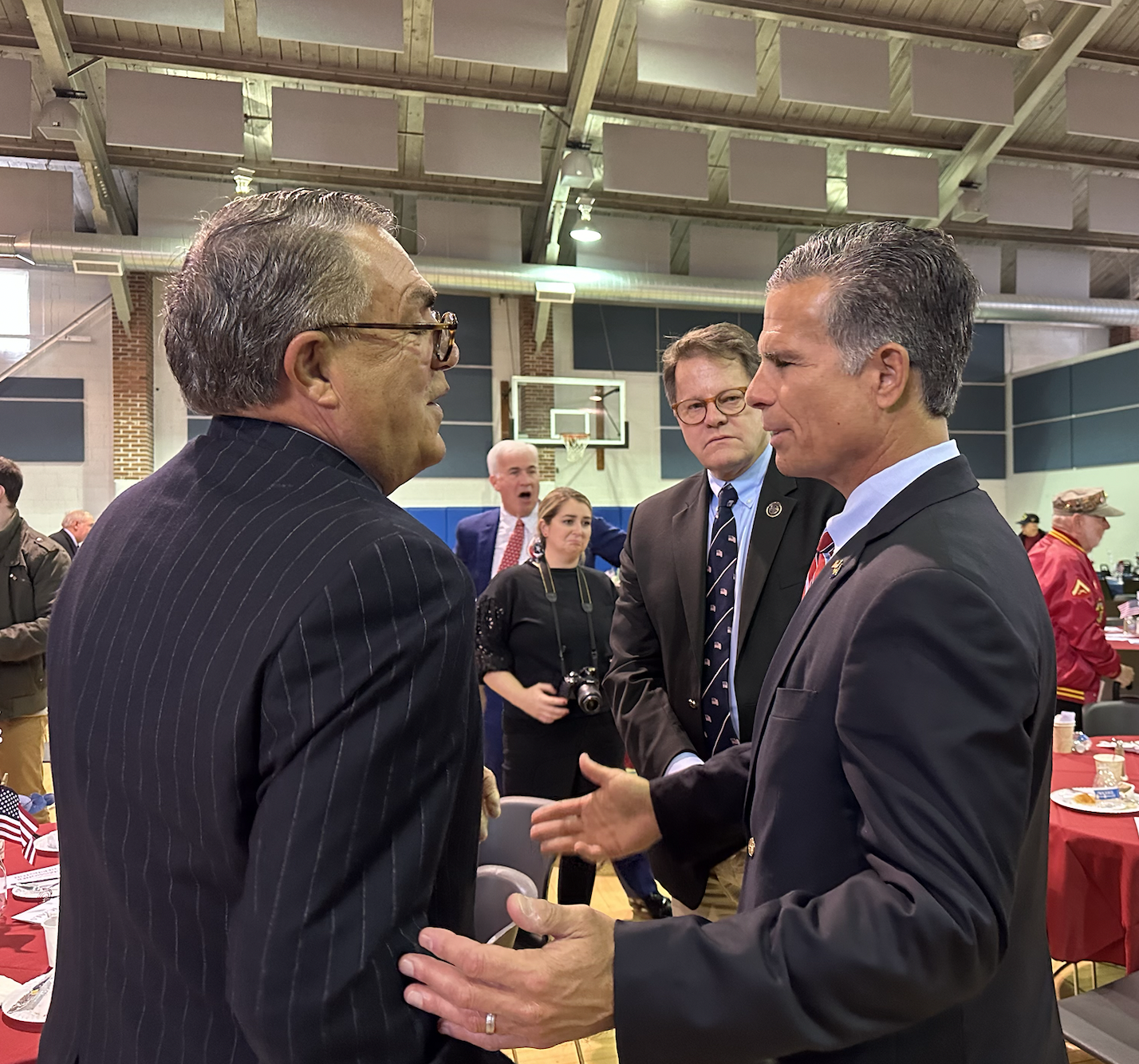 We couldn’t pass up the VetStock 10th Anniversary Celebration Night of Honoring Veterans on Friday night in Stroudsburg. The room was full of so many incredible veterans and people. Also in the house was Fox News host Brian Kilmeade! Great event honoring some amazing veterans. 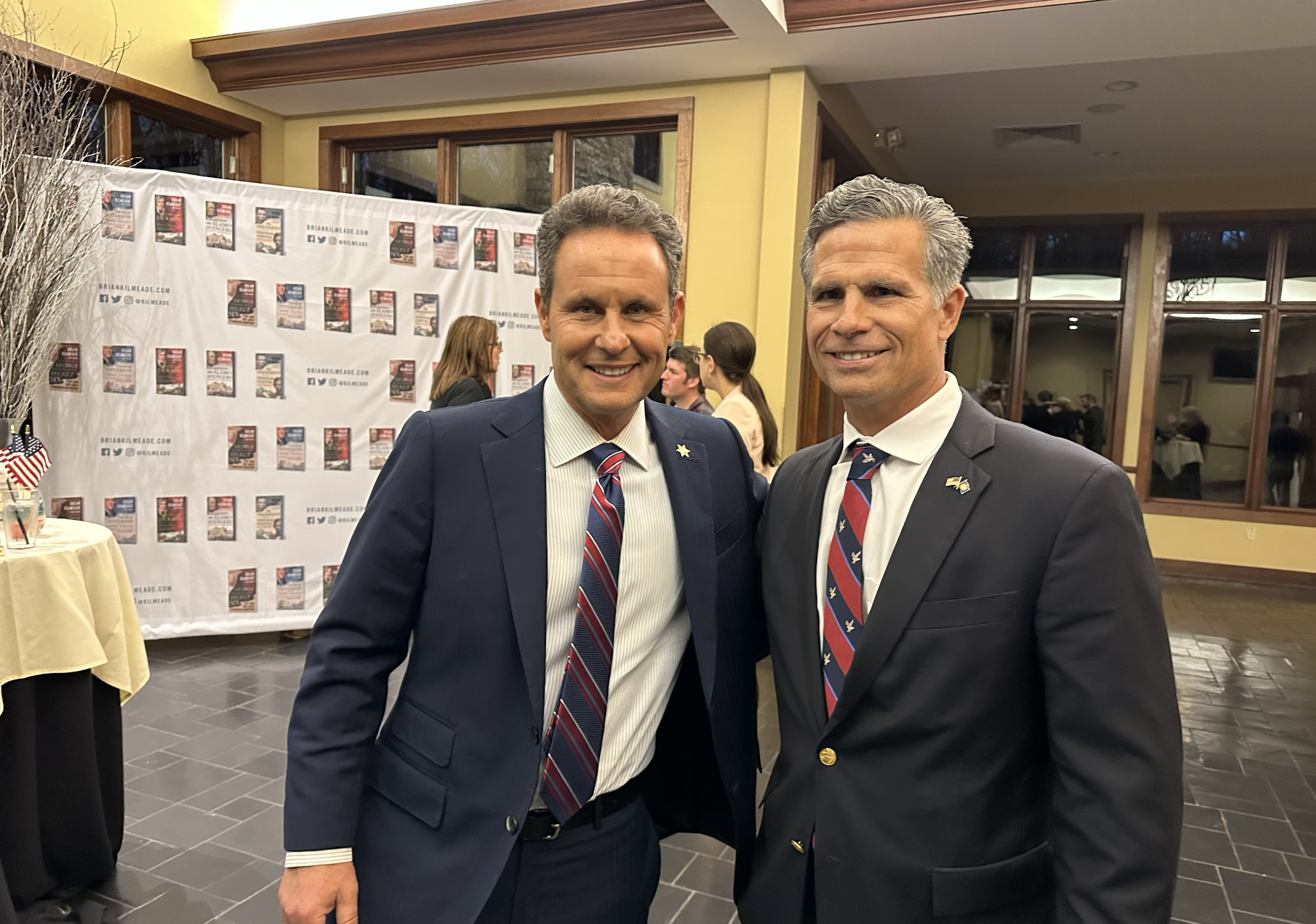 Biden's agenda has wreaked havoc on families trying to get by. Lower real wages, higher taxes, and out-of-control inflation have made it more challenging for Americans to get ahead. On Tuesday, voters will send a clear message that they have had enough of the Biden Democrats' radical agenda.

Below is a graph that perfectly illustrates the issues we are having with inflation, as it highlights how much prices have risen since Trump’s last day in office to today. These are facts... Biden and Biden Democrats’ policies have caused record inflation. 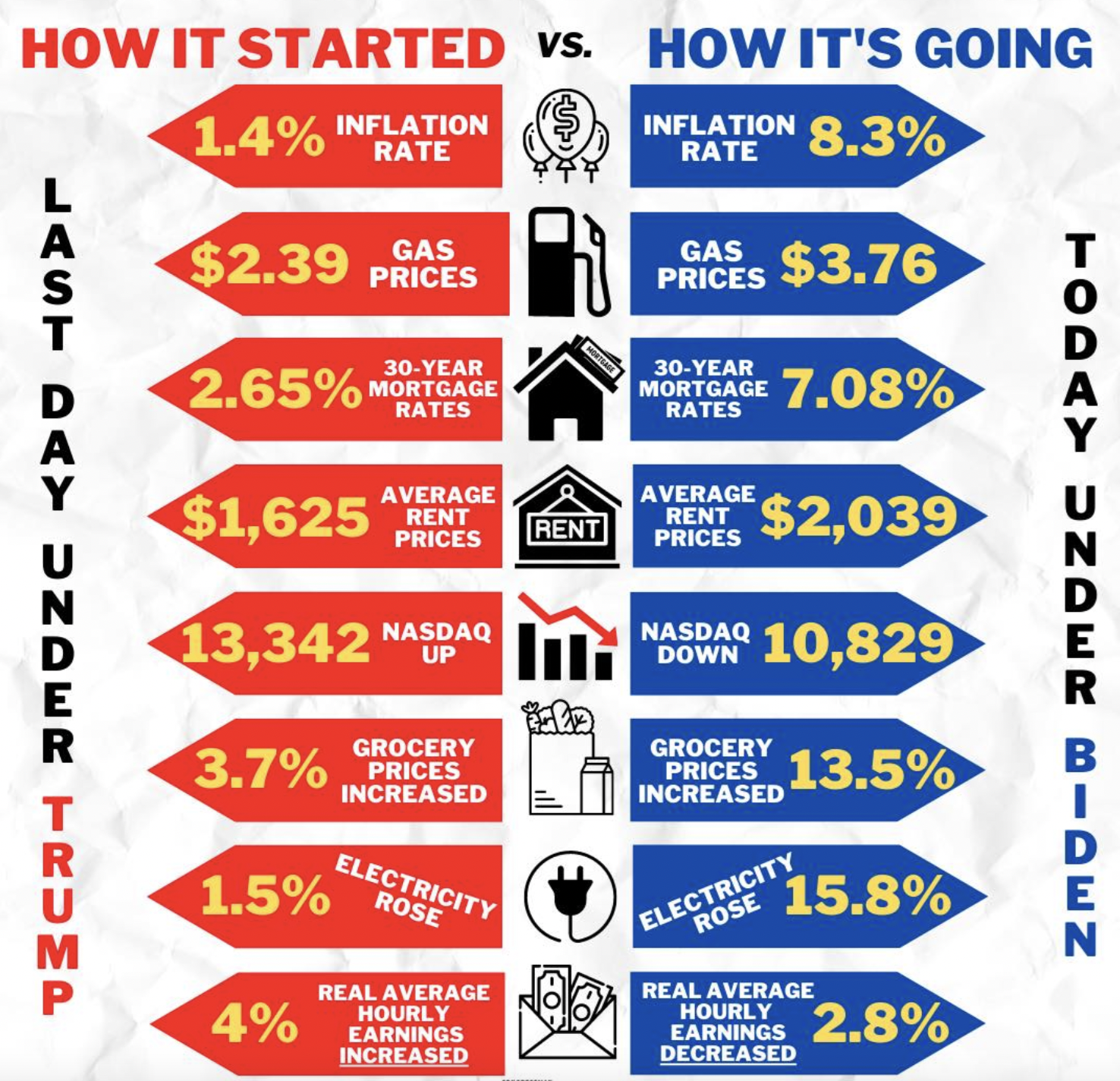 My office is focused on four pillars: constituent service, communications, legislation, and project management, allowing us to serve the constituents in the most impactful way. I've also been a consistent conservative voice in Washington D.C. as I've worked hard to implement an America First agenda centered on ensuring the United States has a strong economy, safe streets, and sufficient resources to protect us from the dangers posed by our enemies around the world.

On Tuesday, I will be supporting Dr. Oz for U.S. Senate, Doug Mastriano for Governor, and our Republican ticket up and down the ballot! Please join me.