I know it was Halloween yesterday, but this week in Washington was the scariest one yet.

Speaker Nancy Pelosi and House Democrats are holding hearings in secret with regard to the impeachment process and the only information the media is providing to the public comes from Chairman Adam Schiff. The Republicans are calling for a full public disclosure of hearings. Republicans have asked for hearing transcripts to be released and the resolution they called for only calls for one public hearing and President Trump's counsel isn't even allowed to participate.

Why? There can only be one reason, they don't want you to see the full truthful testimony because it does not help their case against the President. This is the definition of a charade. It is smoke and mirrors. The process is wrong. The players have a predetermined conclusion of guilt...since there is not evidence at all of quid pro quo... they have no case.

Speaker Pelosi and Chairman Schiff have insisted on closed-door meetings and have carried out this process in secrecy as a means to invalidate the voice of the American people. Regardless of political or personal views, the decision to impeach a sitting President is breathtakingly serious – and the people have a right to know what is going on... as was the case in the three previous impeachment proceedings in our country's history. Now, as a result of mounting pressure, House Democrats are trying to legitimize this sham at the last minute by approving their recent resolution. By the way, every Republican and two Democrats voted against this impeachment sham. Meanwhile, we are not getting anything done, including lowering prescription drug costs, passing the USMCA, and working on a fiscally responsible transportation and infrastructure bill.

I addressed the situation on Fox Business with Stuart Varney. Click here to watch my interview. President Trump retweeted the segment. 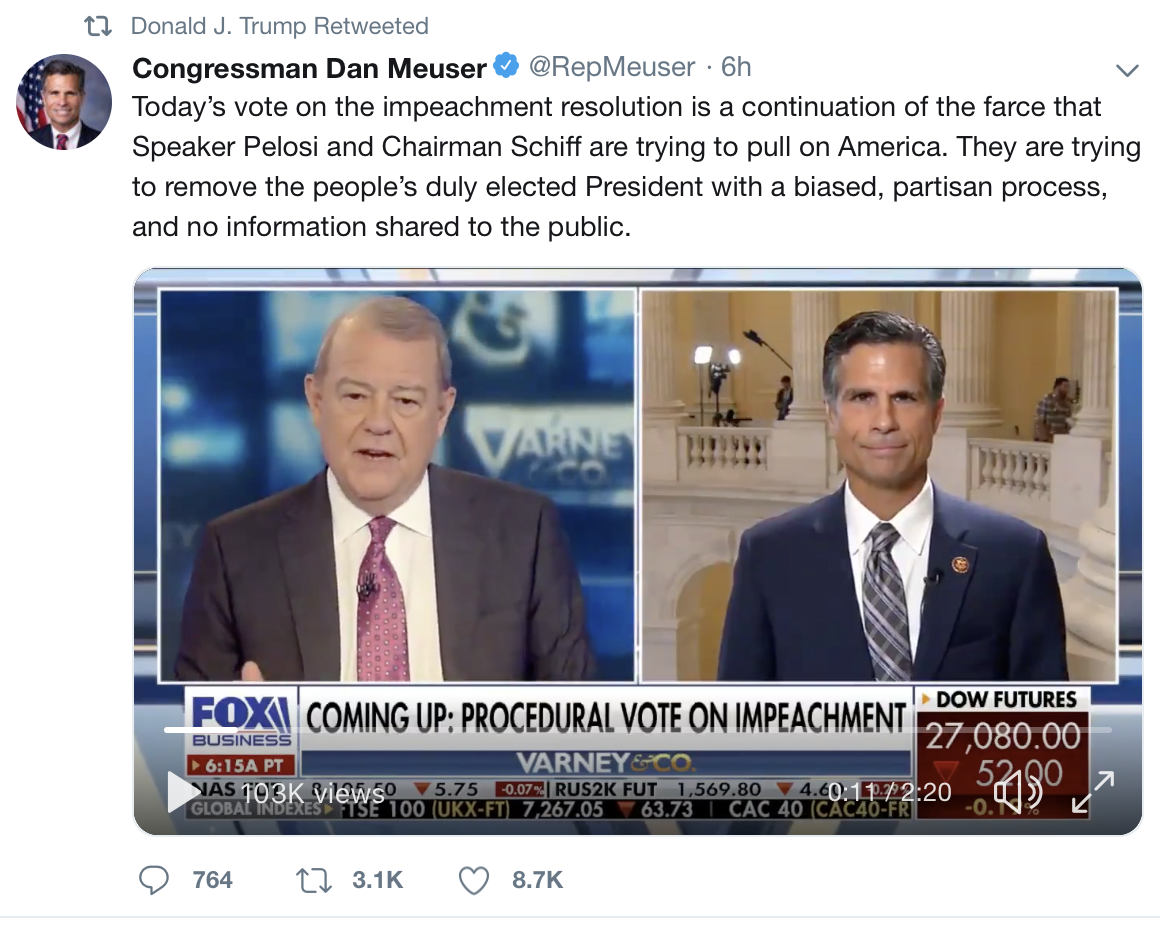 Sadly, none of this should come as a surprise and this is largely why they have kept his identity a secret. This whole process is Constitutionally perilous and dangerous to the public.

This week, House Democrat leadership in House Veterans' Affairs Committee did a disservice to our veterans by disallowing debate on several important bill amendments offered by my Republican colleagues, including one that prohibits a childcare provider from caring for the children of our nation’s veterans if they employ an individual who has been charged with a sex crime, violent crime, or drug felony.

As members of this committee, we have one of the most important jobs in this Congress: to advocate on behalf of the many veterans who bravely served our country. I will continue to work to restore the bipartisan spirit of this committee and on policies that support the men and women who sacrificed for us all. And this occurred the same week that our military achieved a great victory.

As all of this negative news in Washington has circulated, I want to highlight a true success story. Last weekend, under President Trump's oversight, the most wanted person in the world, murdering terrorist ISIS leader Abu Bakr al-Baghdadi, is dead. This was an important achievement and we all owe our brave soldiers who risked their lives for our country’s safety great thanks and our prayers.

In New you won’t Read in the Mainstream Media: The death of ISIS leader Abu Bakr al-Baghdadi was a major victory for America and a crushing defeat for terrorism.

Executing a Successful Operation: This daring operation was launched at President Trump’s direction, successfully leading to the death of Baghdadi with no American forces lost.

In the you just can’t make this up Department: Despite the horrific murderous record of al-Baghdadi, The Washington Post referred to this ISIS terrorist as an ‘austere religious scholar.’ And people wonder why most Americans are concerned with the coverage of the mainstream media.

Around the District, our top notch District staff performed countless case work and attended dozens of important events in every county within the District.

The big Halloween event at the Luzerne County Fair was moved to Wednesday night due to the weather. I unfortunately couldn't attend as I was in session in D.C. fighting off impeachment efforts. My wife, Shelley, and volunteers attended on my behalf and gave out over 6,000 pieces of candy. We want to thank Brenda Pugh and all of Luzerne County Fair volunteers for putting together such a tremendously attended community event. Plenty of great costumes and lots of candy. Thanks to all that attended. 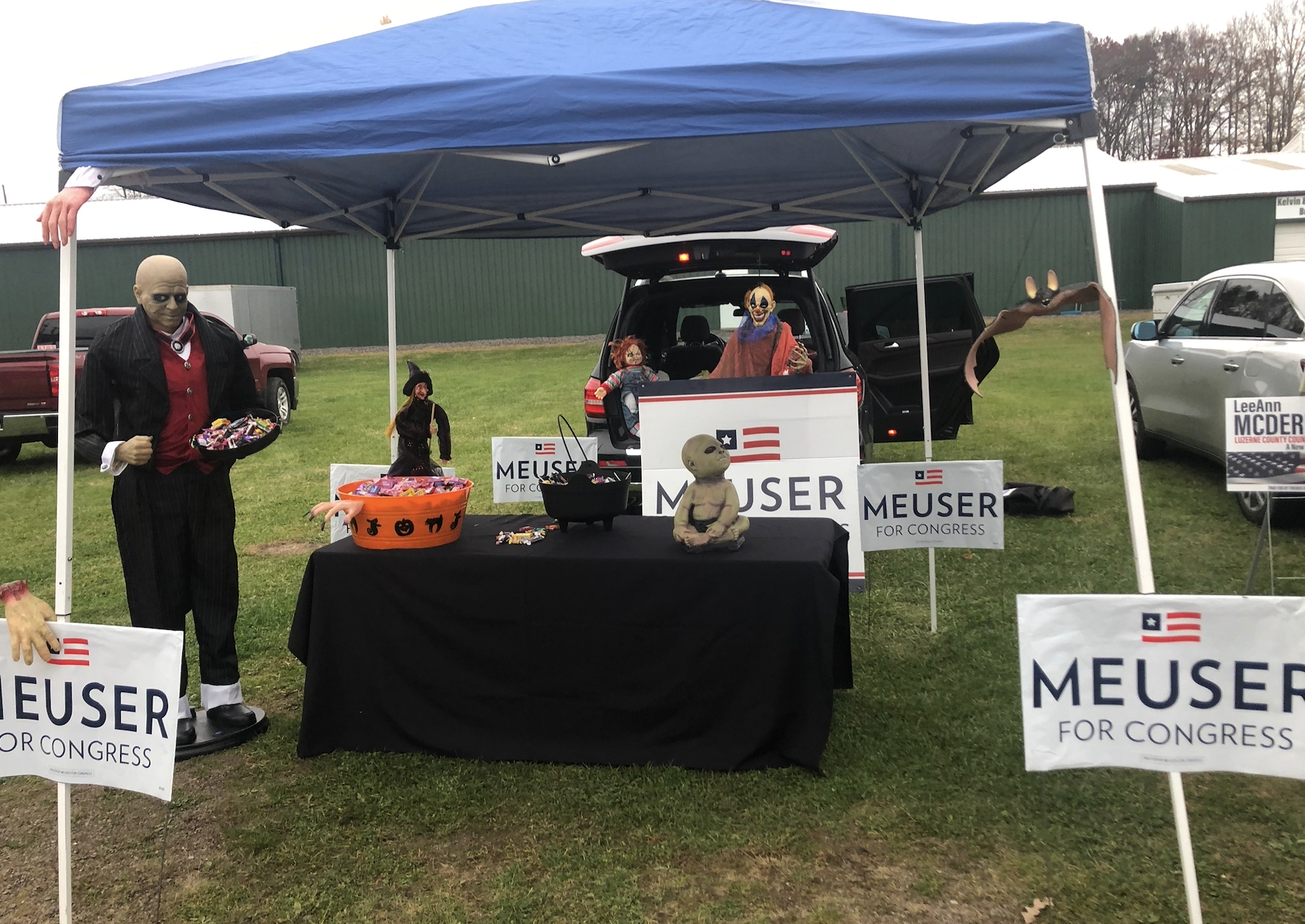 Last night, we appeared as the Special Guest at the home of Jeanne and Ed Arnold in support of Lebanon County Commissioner Bob Phillips. Bob is an exemplary local elected official and an even better friend. We have a great Commissioner team in Lebanon with Bob and Bill Ames. Also in attendance was Bob’s wife Brenda, our Lebanon County Prothonotary/Clerk of Courts Barb Smith, Treasurer Sallie Neuin, Register of Wills Brian Craig, GOP candidate Recorder of Deeds Dawn Blauch, Lebanon City Mayor Sherry Capello and Lebanon City Council GOP candidate Chris Miller. Great event and I want to again thank Jeanne and Ed Arnold for opening their home for this event. Good luck to all of our state and local candidates running on Tuesday across the District. 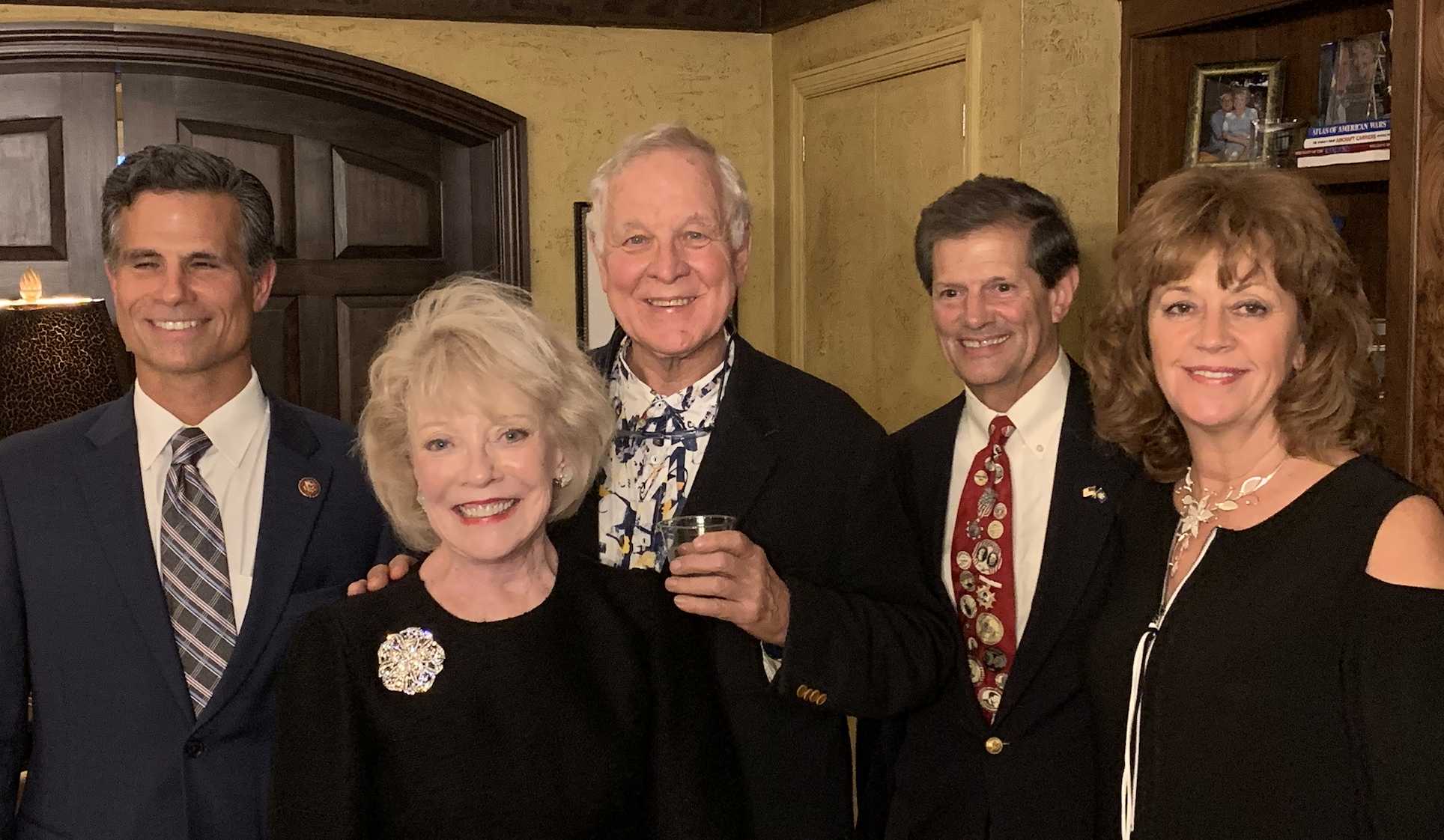 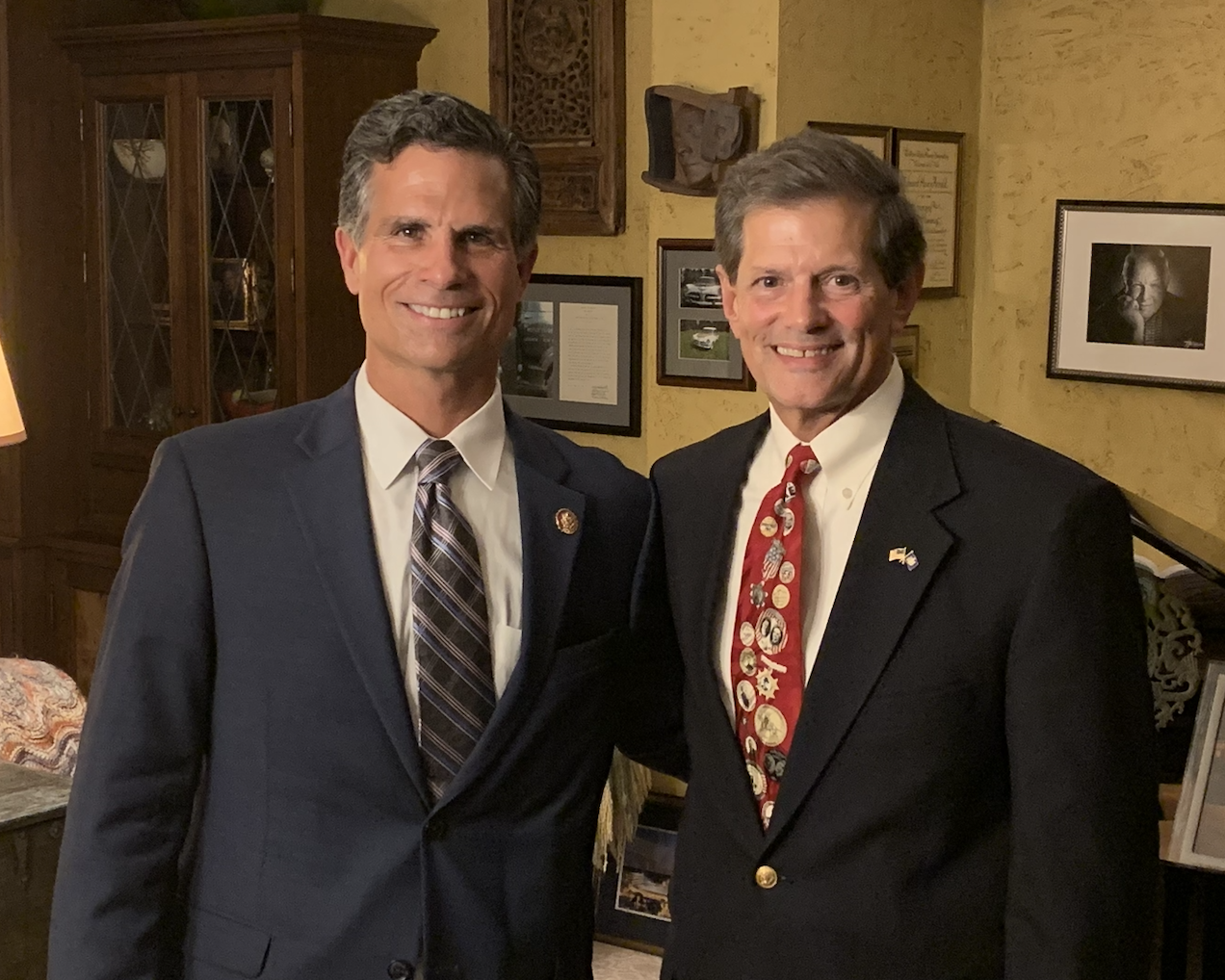 Today, I appeared at a Korean War Ceremony in Pottsville with U.S. Senator Pat Toomey. We honored thirty Korean Veterans and/or families with the Korean War Ambassador of Peace Medal. It was an absolute honor to participate. 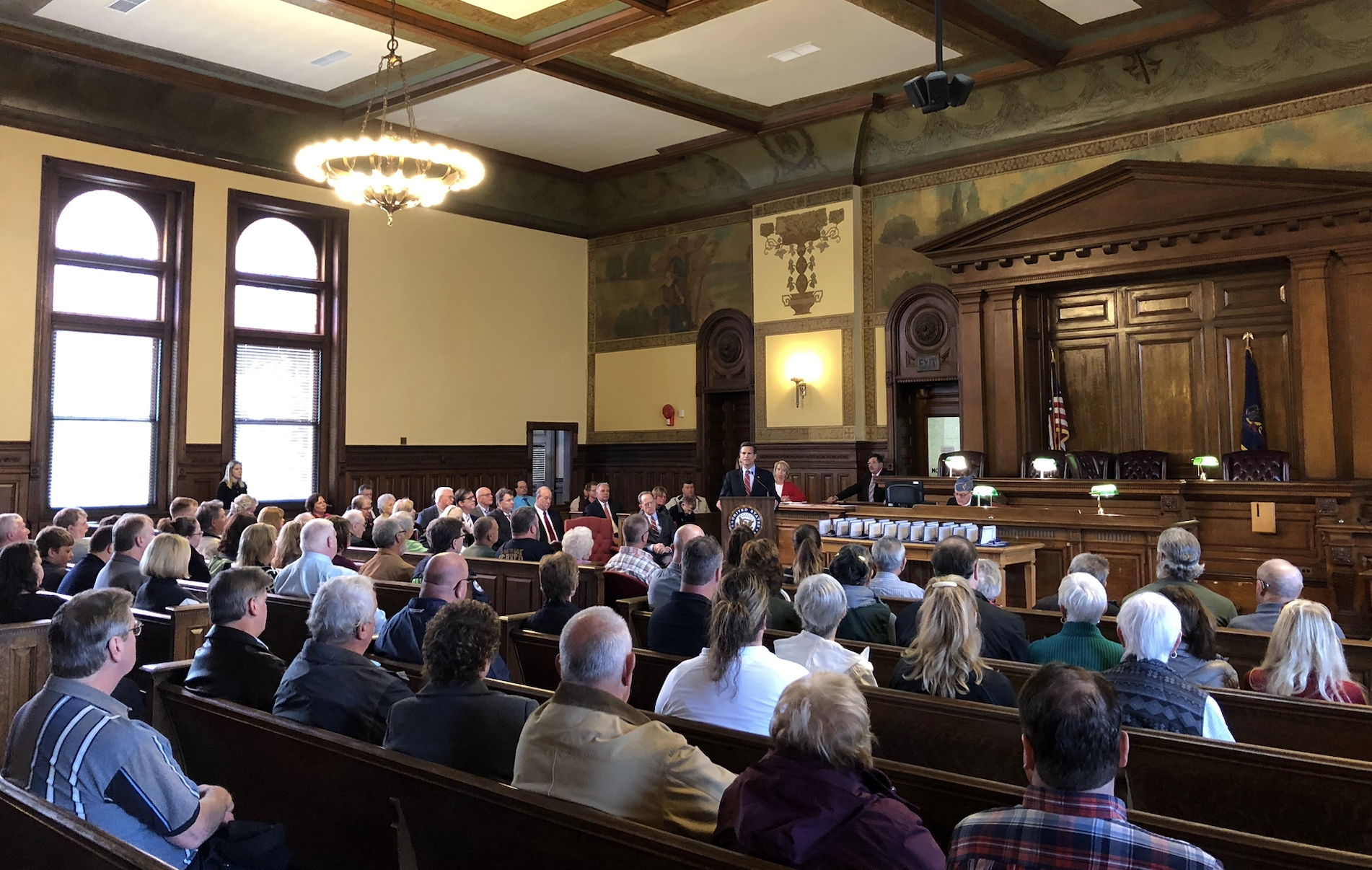 Later, I attended the Honoring Veterans and Celebrating America Event in the Poconos. The event featured Pat Solano, a WWII war hero, veteran and an unbelievable friend to me and thousands of good people throughout Pennsylvania. Pictured along with Pat and I is Tom Ryan, a war hero, veteran and a leader of various veteran organizations. Also Pictured below is Major Martin and our great State Senator from Northeast Pennsylvania Lisa Baker. Also pictured is John Kiesendahl, the owner of the Inn at Woodloch Pines where the event was held. It is important to support, honor and thank all of our brave veterans. 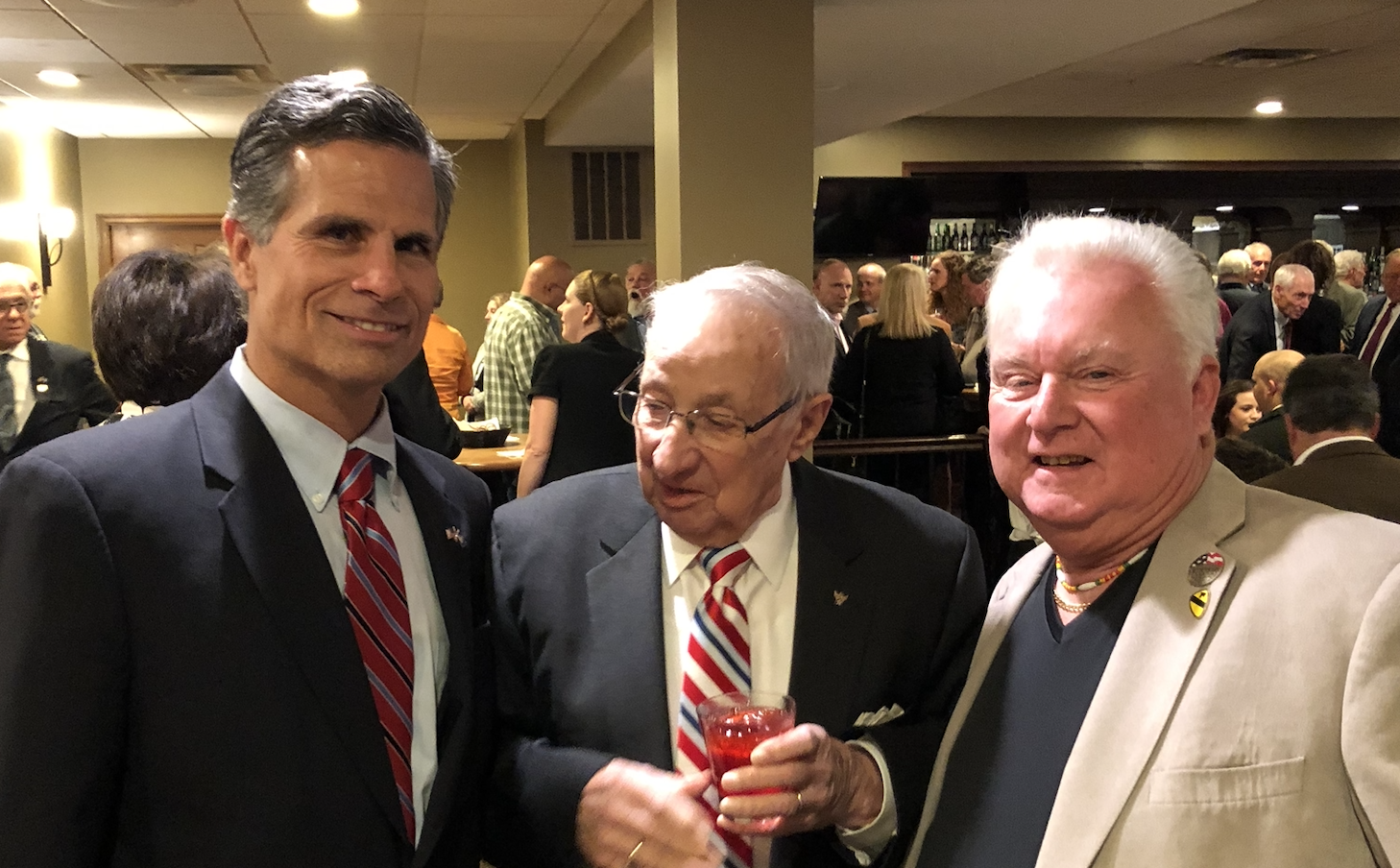 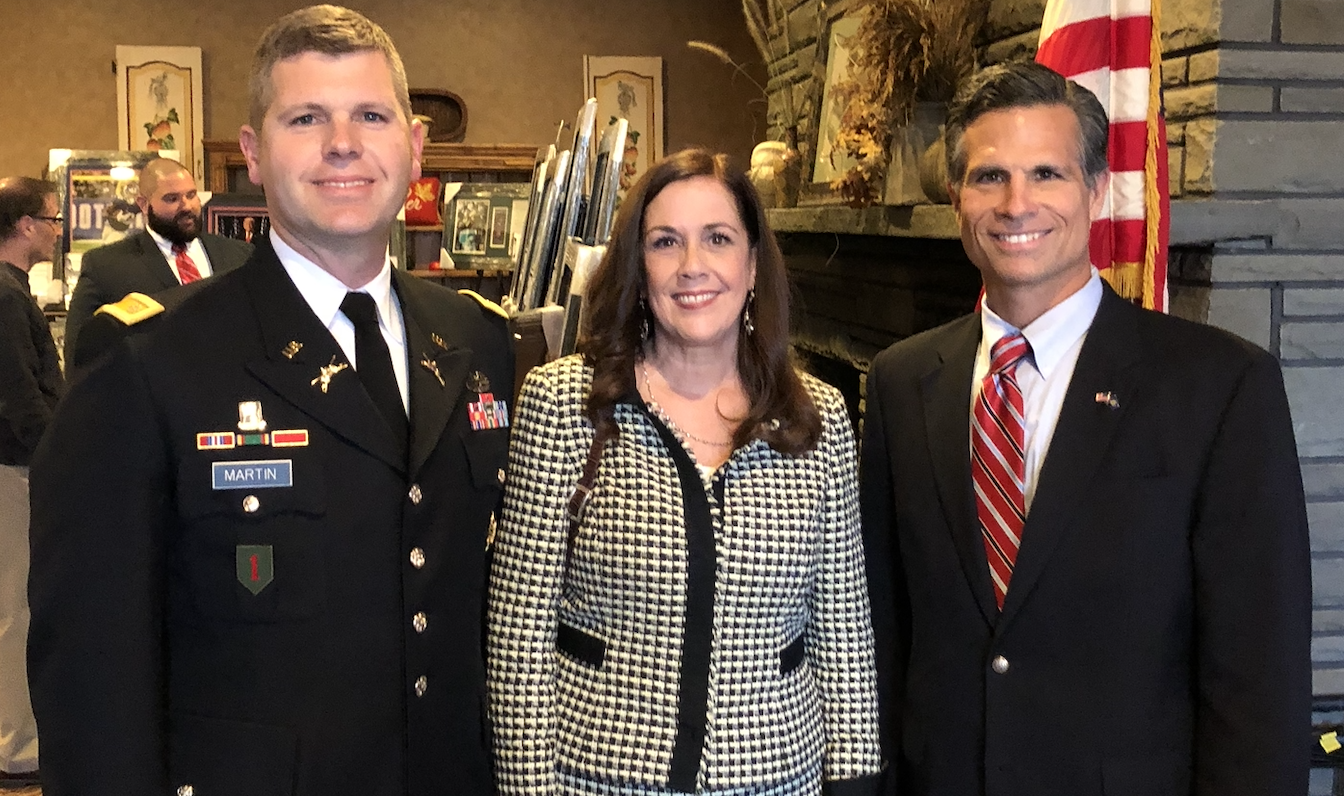 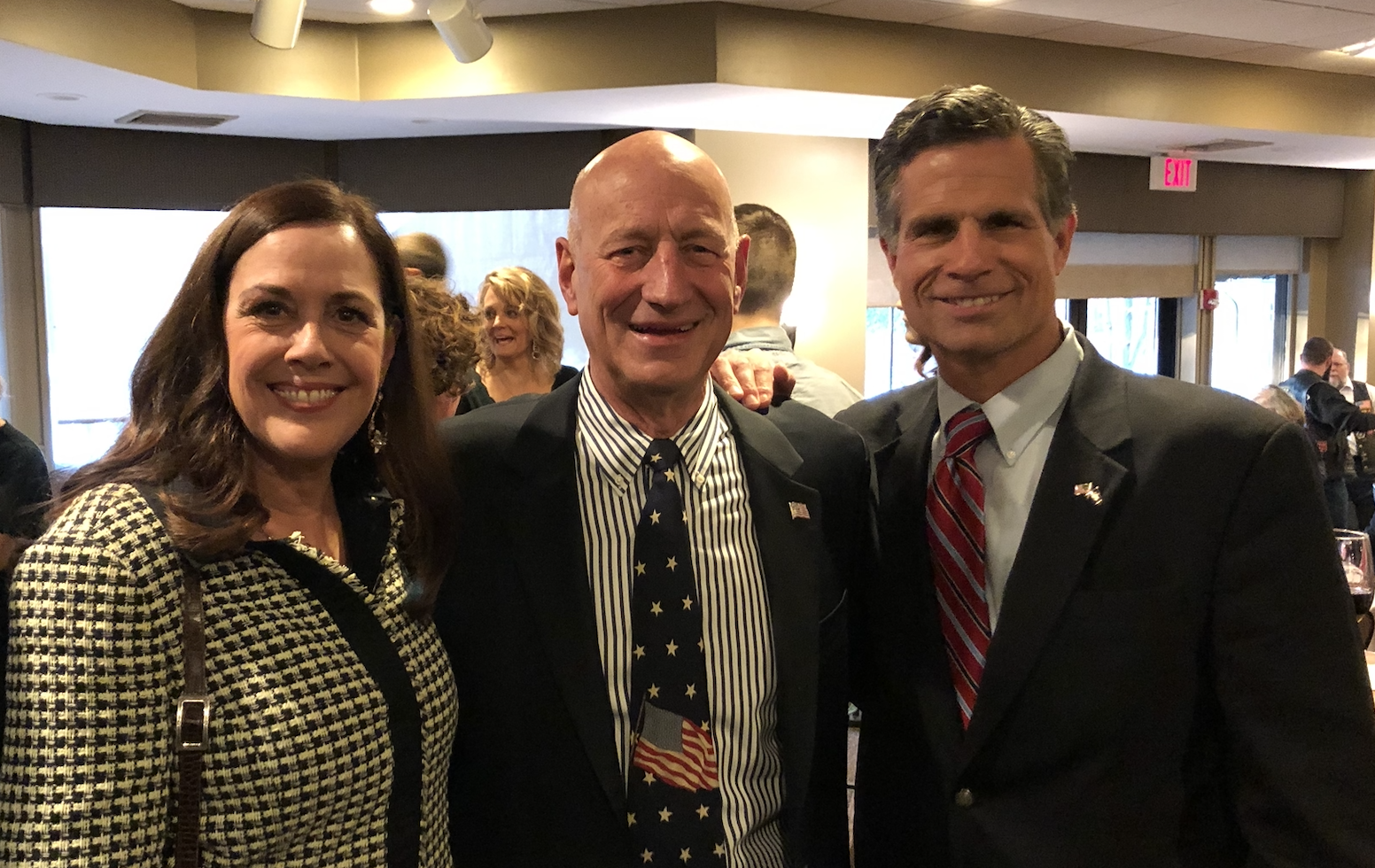 In our Friday Night Light’s Update: Good luck to all the playoff-bound high school football teams tonight throughout #PA09. Along with rooting for your team, #PrayersFor6.

Thank you and God Bless America,