The impeachment hearings are continuing despite the following: this is a highly biased process, the leading Democrat players have predetermined presumptions of guilt and have been untruthful about contact with the whistleblower, and there has been no evidence of quid pro quo. There has also been significant opportunity lost for America. Democrat leadership has prioritized politics over the people, instead of bringing the USMCA to the floor, lowering prescription drug costs, and passing an infrastructure bill. Click here to watch my remarks on the floor of the House regarding this unfair process. 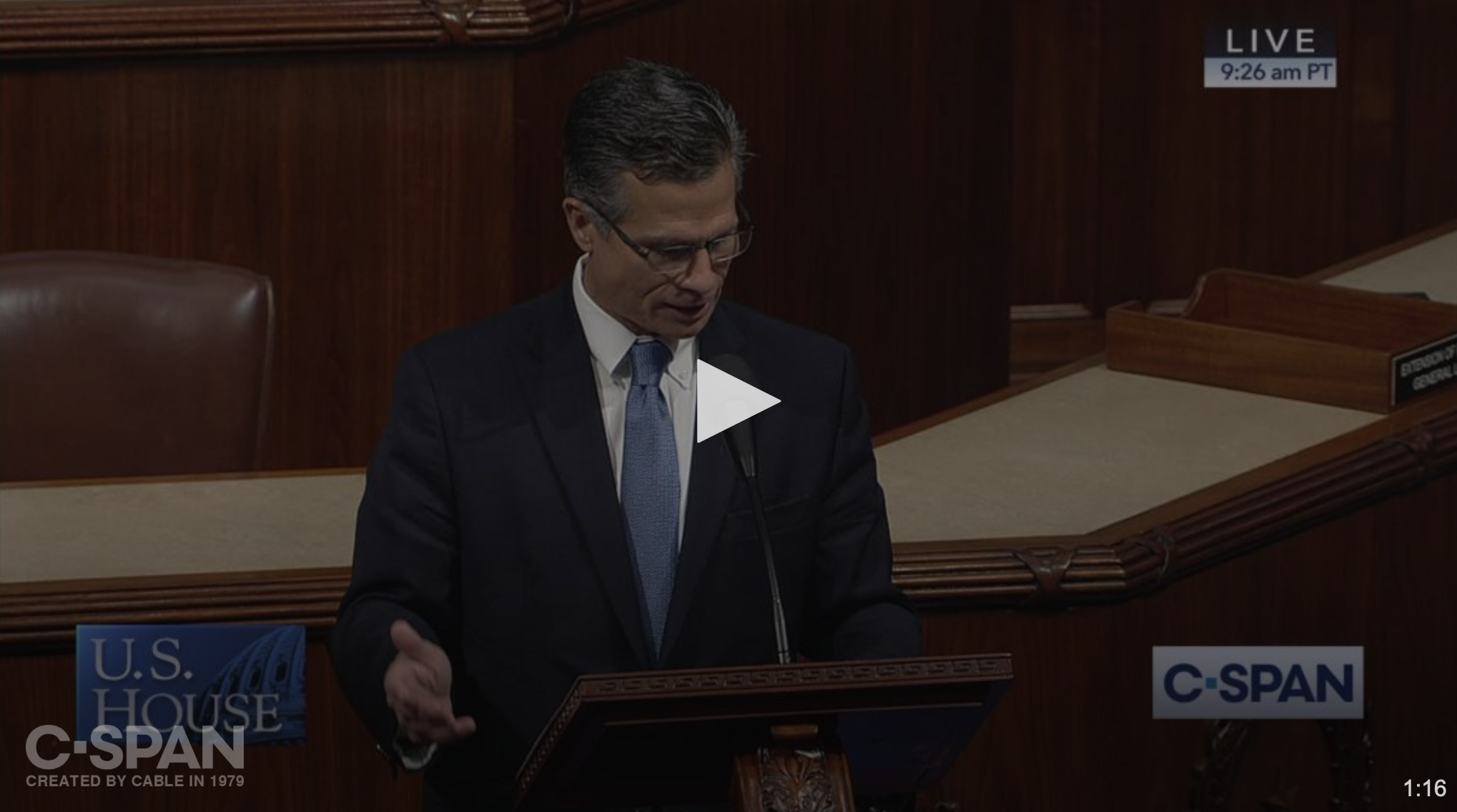 Last weekend, my interview with CBS-21’s Robb Hanrahan on Face the State aired. We addressed the current impeachment hearings and had a spirited debate with the panel. I want to thank Robb for having me join his program. Click here to watch.

On Veterans Day, I appeared on Fox Business’s Mornings with Maria Bartiromo to discuss my work on the House Veterans Affairs Committee, including our work to address the suicide issue among veterans and the many ways we are working to improve veterans access to quality healthcare. Click here to watch. 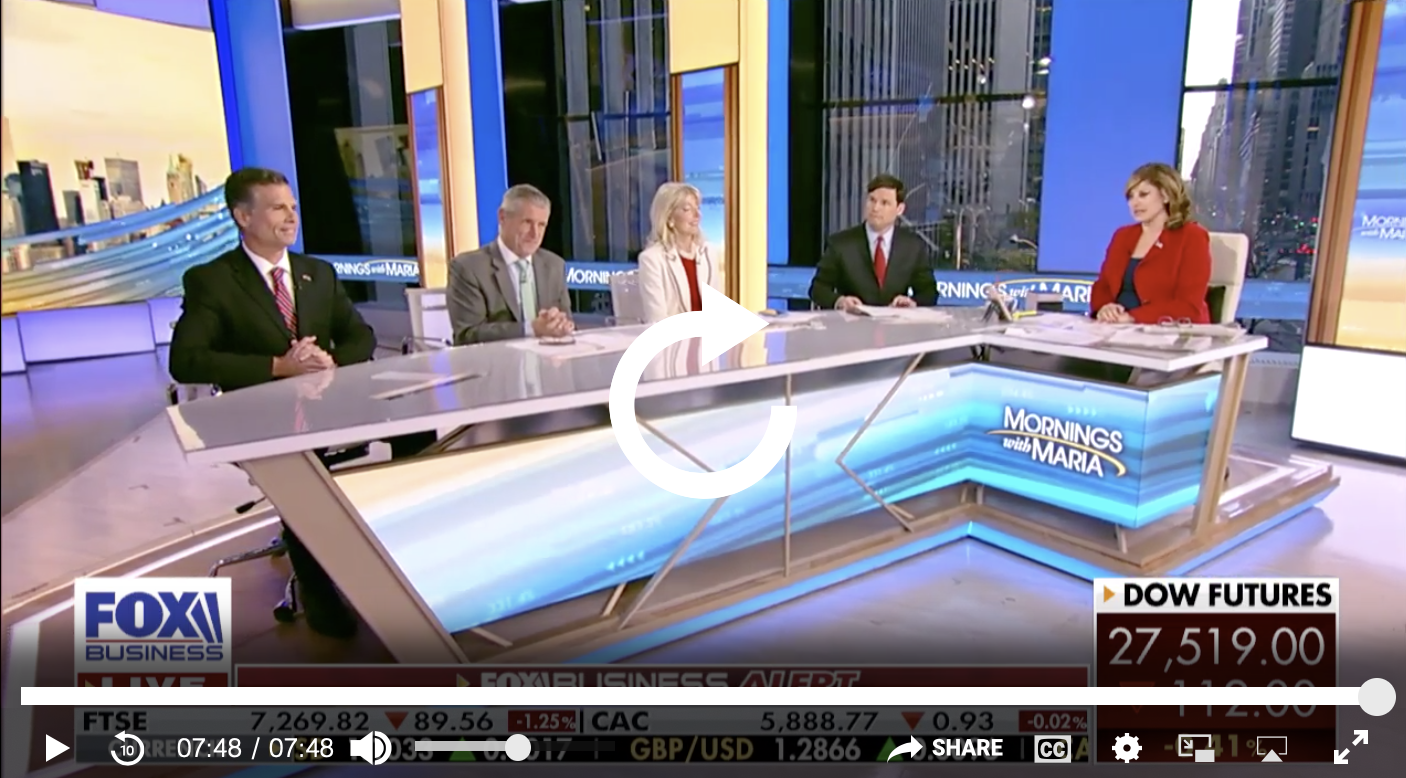 Later, we attended a lunch where we honored our veterans, including WWII veteran and war hero Pat Solano. He is a true friend and mentor and I would like to thank all the veterans again for their service, especially those who fought in WWII. They were the greatest generation whose bravery changed the course of history by defeating the Nazi regime. 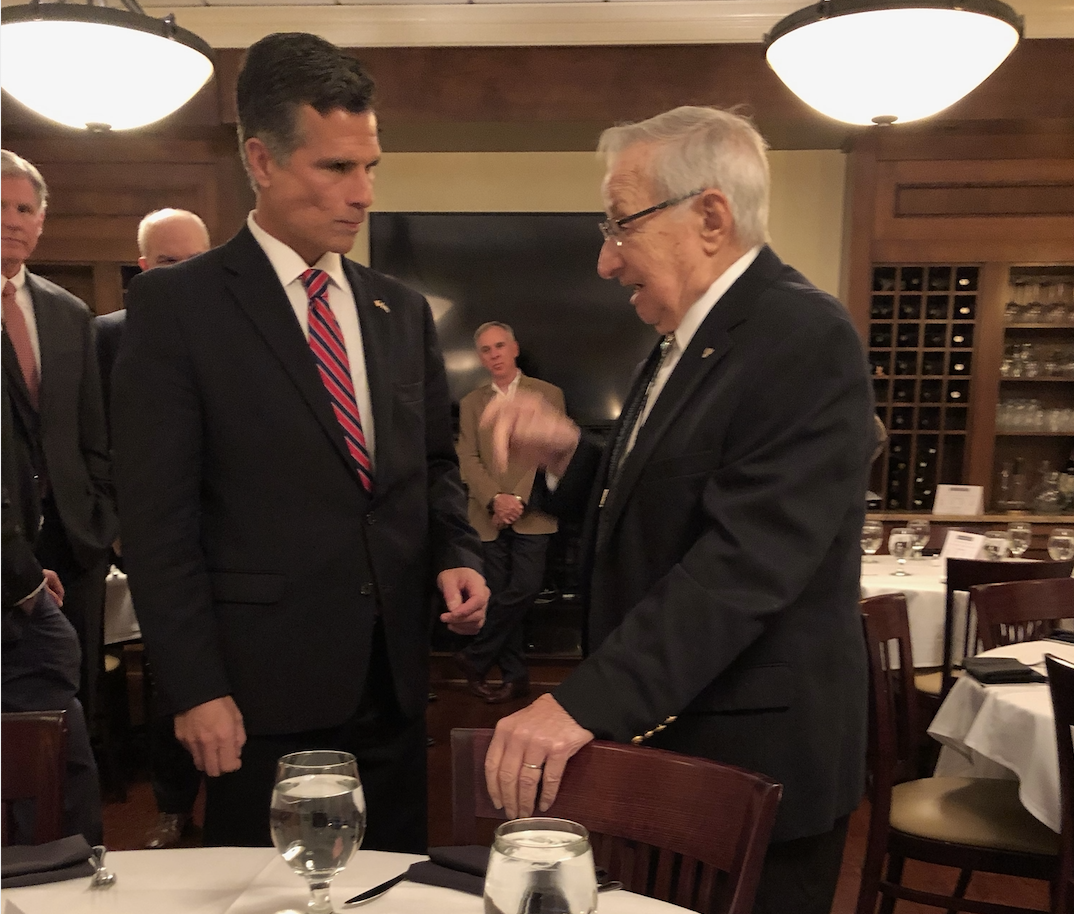 That evening, we attended an event honoring our veterans at the Berwick Elks Lodge #1138. I would like to thank Mark Gardner from the Berwick Elks Veteran Committee, veteran Kip McCabe, AMVETS Post 9 and Theresa Harris. Theresa and her team put the entire event together and provided us with one of the best meals I have had in a long time. 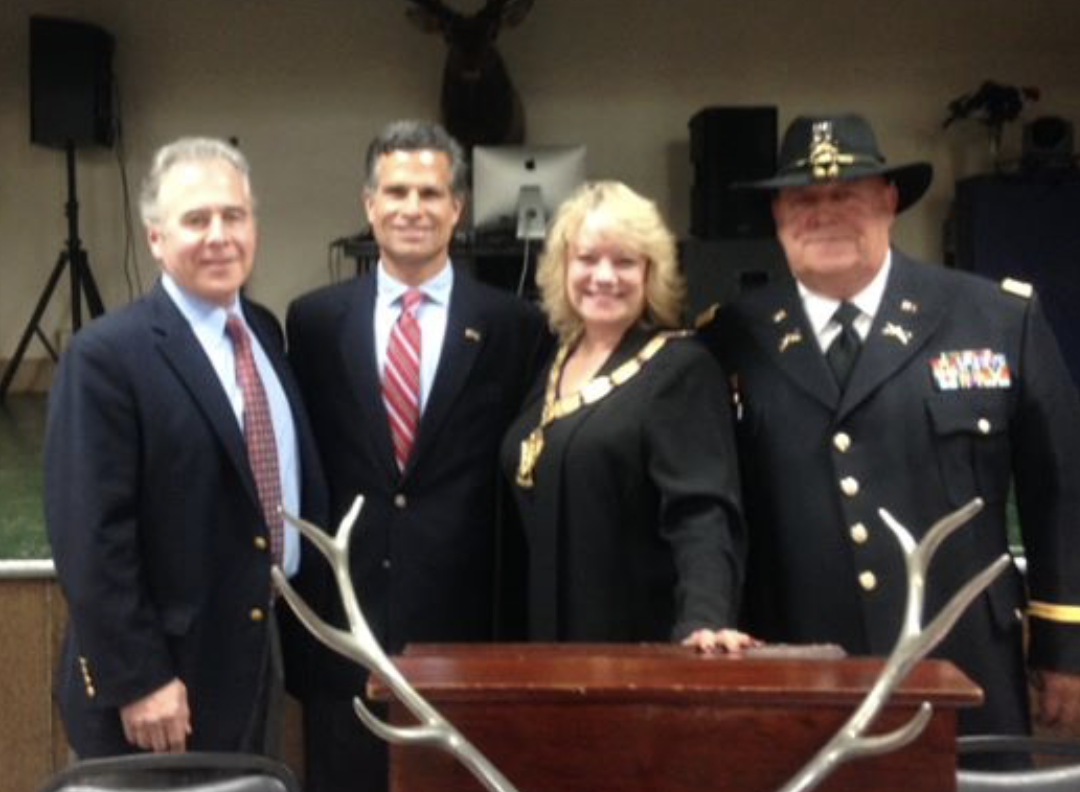 This highlight of the week was attending a hearing with Federal Reserve Chair Powell. Chairman Powell sees clear skies ahead for the U.S. economy. Powell says he doesn’t see “a day of reckoning" coming anytime soon. Click here to watch my remarks and his testimony. 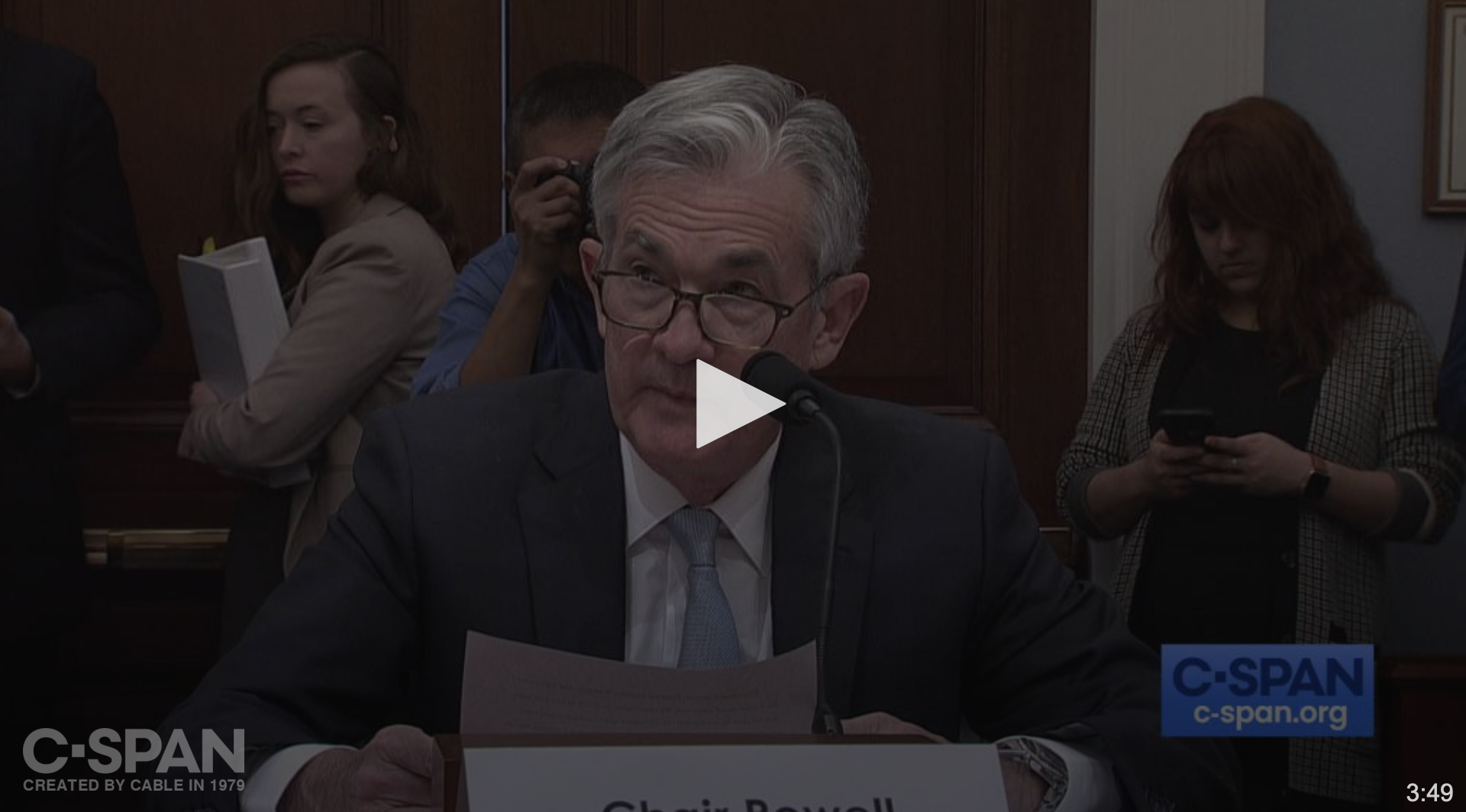 I enjoyed speaking at the AIME, Association of Independent Mortgage Experts, lunch to discuss home loans and financial services issues affecting the people of our District. 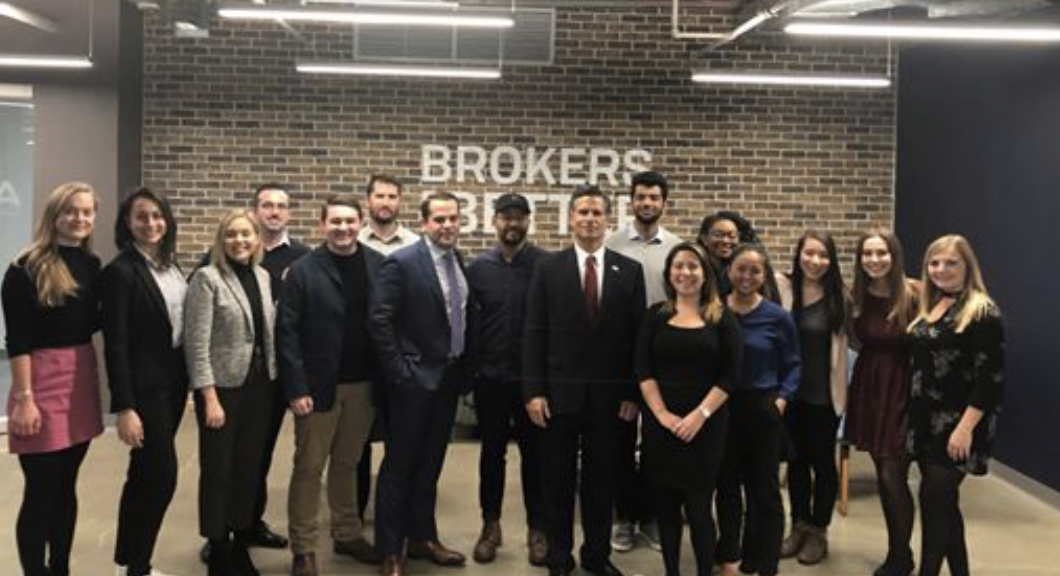 In News WE HEARD In The Mainstream Media: Editorial Boards and concerned Americans are writing to the media to express dismay regarding the Democrat’s impeachment sham and their refusal to take on the real issues facing our nation.... and the media is publishing their remarks.

New York Post Editorial Board- “Democrats from Speaker Nancy Pelosi on down are open about their intentions here: The point now isn’t to examine the evidence so they can decide whether to impeach President Trump, but simply to sway public opinion against him.”

Jenna Ellis Rives in The Hill- “Schiff and Pelosi are not interested in real demonstrations of innocence or guilt. Their only interest is staging a political coup against their adversaries. But this is even bigger than the president. This is an attempt to overthrow the federal government from the inside.”

Fox News’s Gregg Jarrett– “Much like the hyped-up “whistleblower,” Rep. Schiff today is calling forward individuals to testify who admit they have no firsthand knowledge of President Trump’s telephone call with the President of Ukraine. “The Democratic chairman of the House Intelligence Committee says he doesn’t want Republicans turning the impeachment proceedings into a ‘sham.’ The hilarious irony is lost on no one.”

Michael Goodwin in the New York Post - “For those who find the hearings far from riveting but watch out of obligation or amusement, here’s a modest suggestion to pass the hours productively: Count the important things your representatives could and should be doing otherwise. They could seal the border and fix the immigration mess. They could get back to that huge infrastructure program that everybody in Washington said they wanted. Pelosi could pass the new NAFTA deal, with even the unions blasting Dems for doing nothing.”

Darlene Robins, leader of a Pennsylvania manufacturing association in the Wilkes-Barre Times Leader- “It has become clearer than ever that our trading policies with Canada and Mexico need to be modernized — which is why Congress must take action and ratify the United States-Mexico-Canada Agreement (USMCA) promptly.”

The Democrat’s Impeachment Hearings are nothing more than a campaign attack being financed with our tax dollars. Democrats believe this will help them win the White House. This process is a joke and as you can read, many hardworking Americans are on to them. 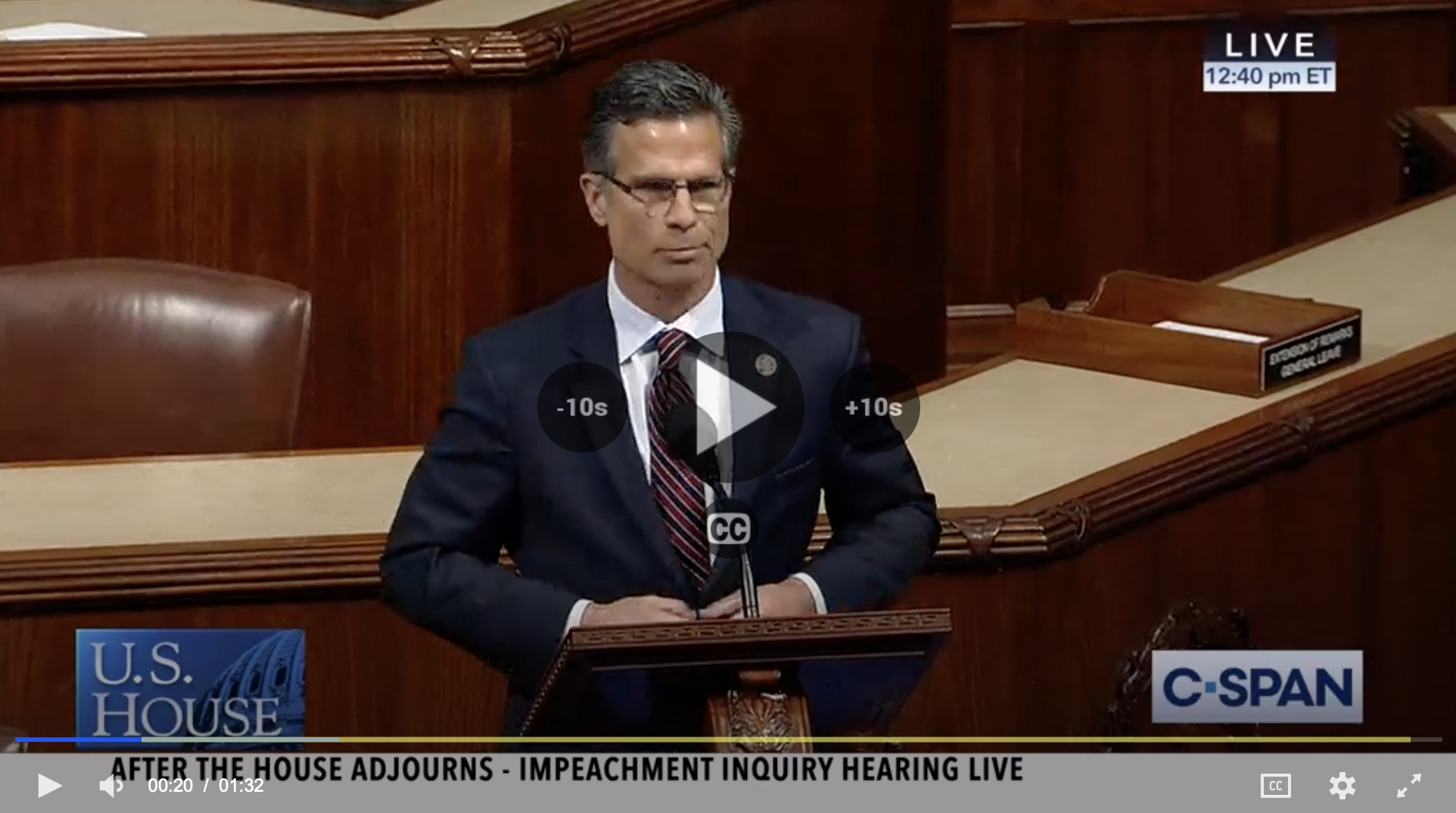