Again, I spent the week in Washington, D.C., where most of the discussion focused on spending… from raising debt ceilings… massive spending bills… and a transportation and infrastructure bill that is being held hostage in a battle between the liberal and moderate factions of the Democratic Party.

Last week, I wrote that Democrats don’t have a debt ceiling. In their “perfect” world, they would do away with the debt ceiling and ask the American people to give them a credit card with no spending limit. But, unfortunately, America’s credit cards are maxed out. So, rather than seriously begin focusing on reducing our nation’s debt to address a problem created by R’s and D’s, Democrats are seeking ways to accelerate the problem drastically. 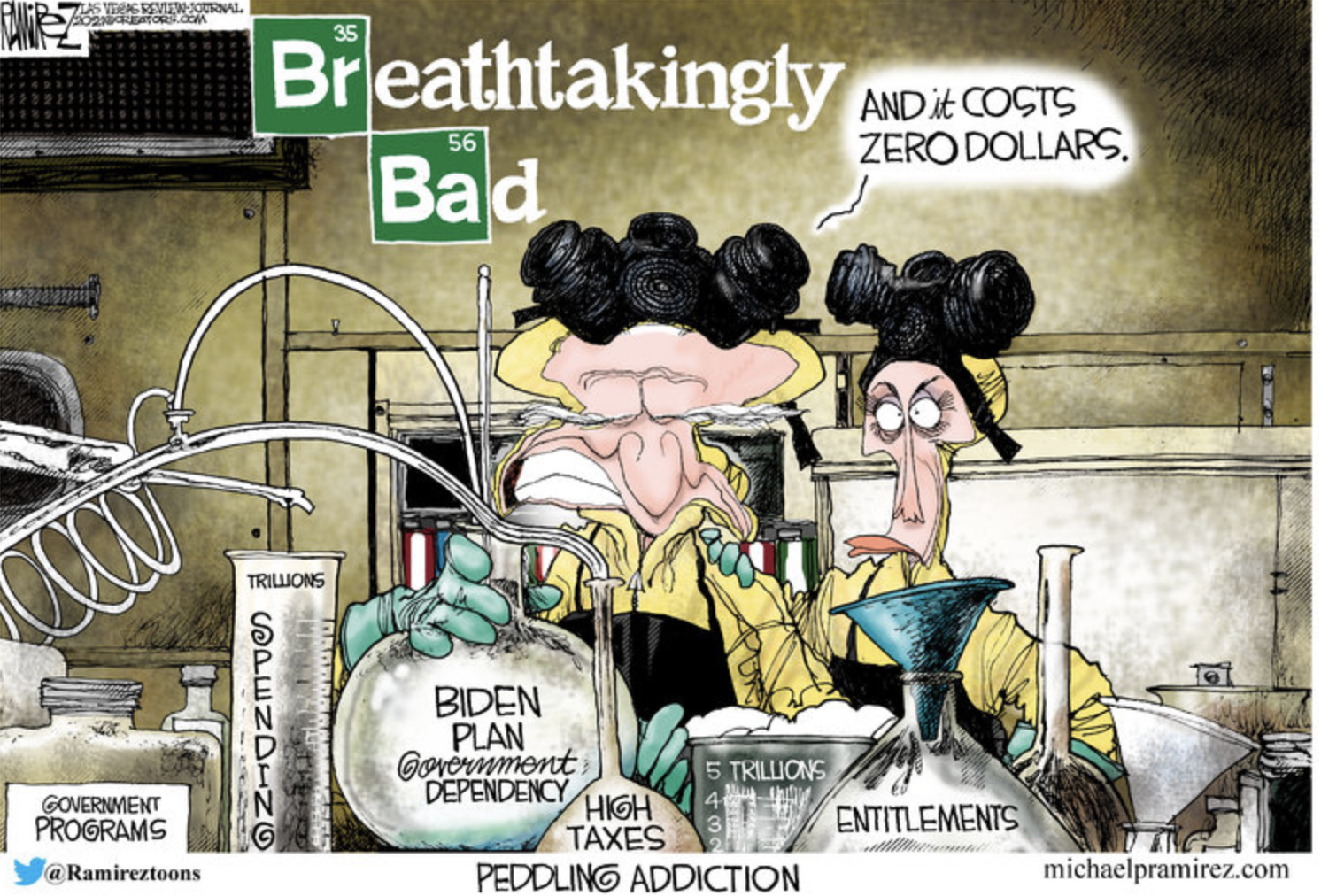 Meanwhile, if the bill is truly revenue neutral, why are they asking to increase the debt ceiling by $5-6 trillion?  Click here to watch my interview on Newsmax's American Agenda on this topic. 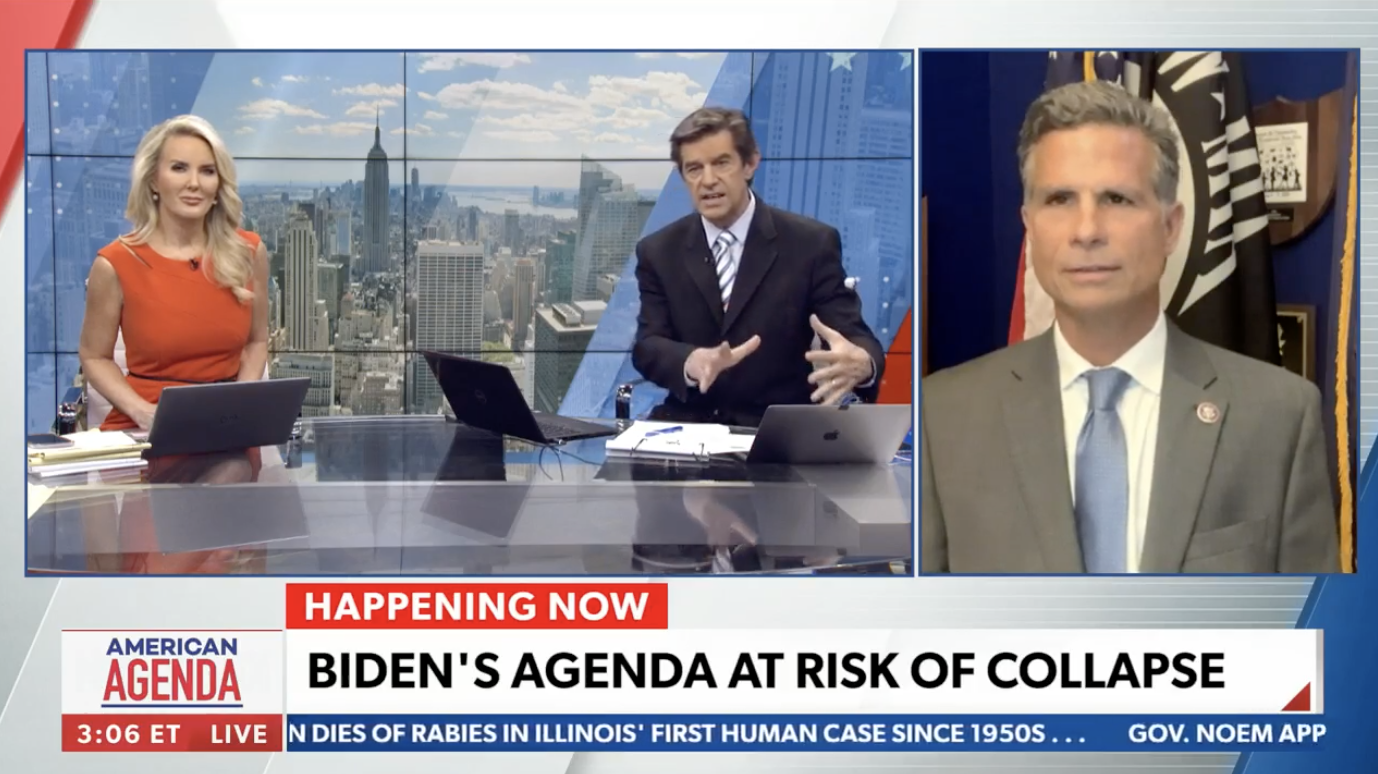 The U.S. House did pass a measure to suspend the nation’s debt limit through December 2022. I did not support the bill as I could not vote to give the Democrats a blank check. The U.S. Senate countered with a proposal that funds the government through December 3. The House approved, and Biden signed the continuing resolution. Before December, the Democrats need to craft a realistic plan with real numbers and be prepared to support their proposals.

While some Democrats are pushing for a smaller spending package, we know that will still crush our economy. I joined Newsmax's "Wake Up America" to discuss. Click here or below to watch. 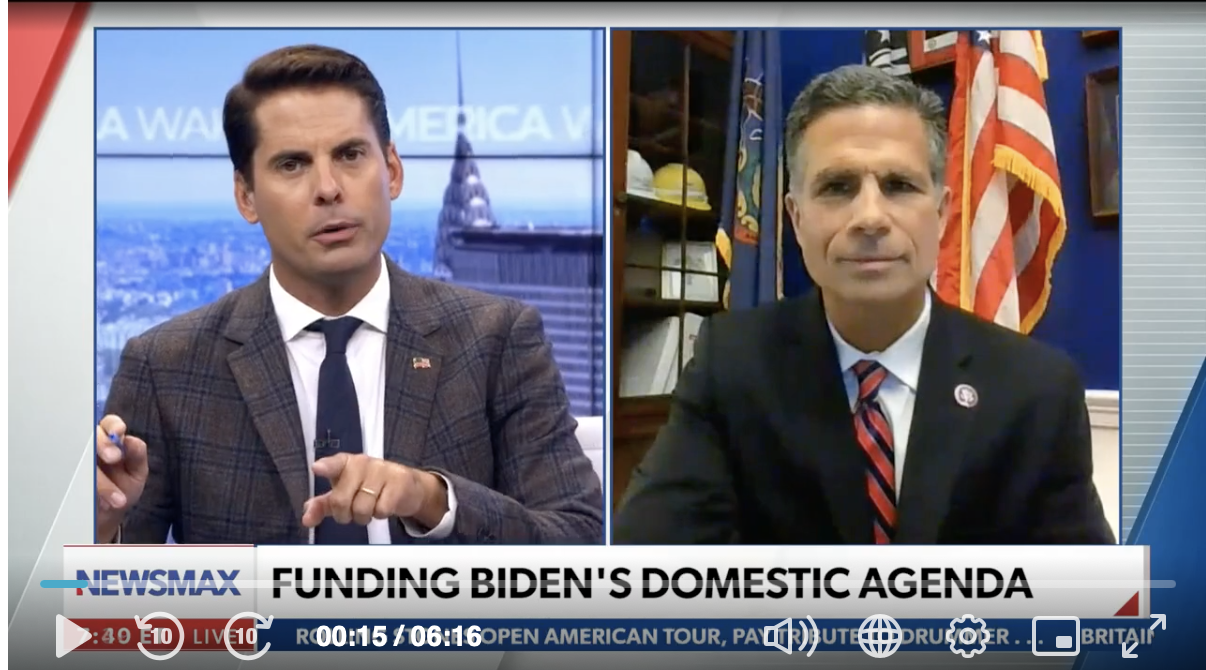 As I discussed on Mornings with Maria Bartiromo on Fox Business, inflation is a real issue impacting small businesses and families. We have far too many dollars chasing far too few goods. Click here or below to watch. 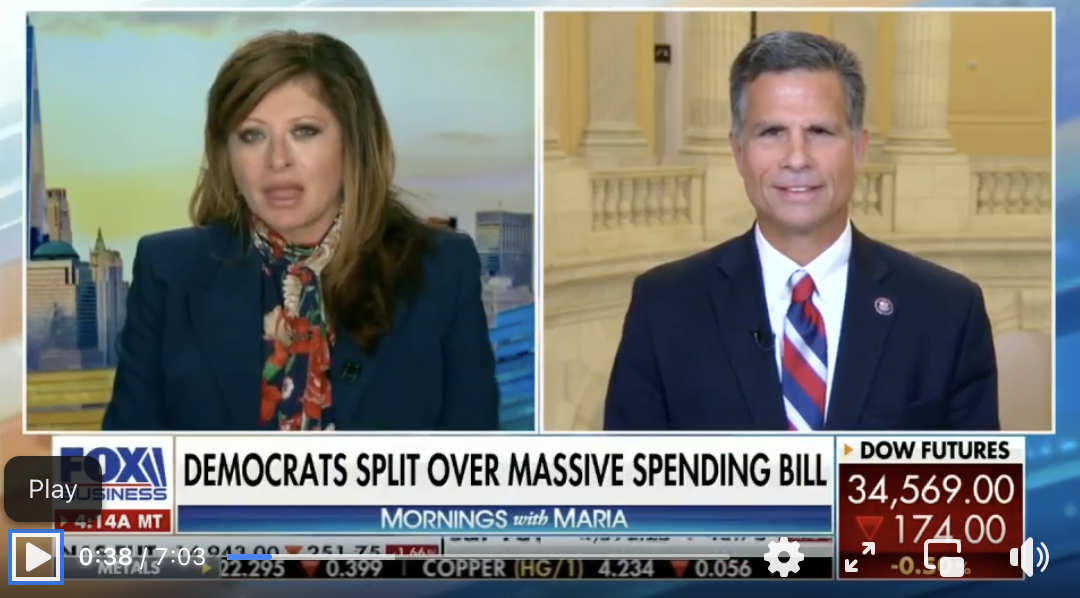 Why do we have so few goods? One contributing factor is that we have a record number of cargo ships lining up off our coasts waiting to deliver goods. 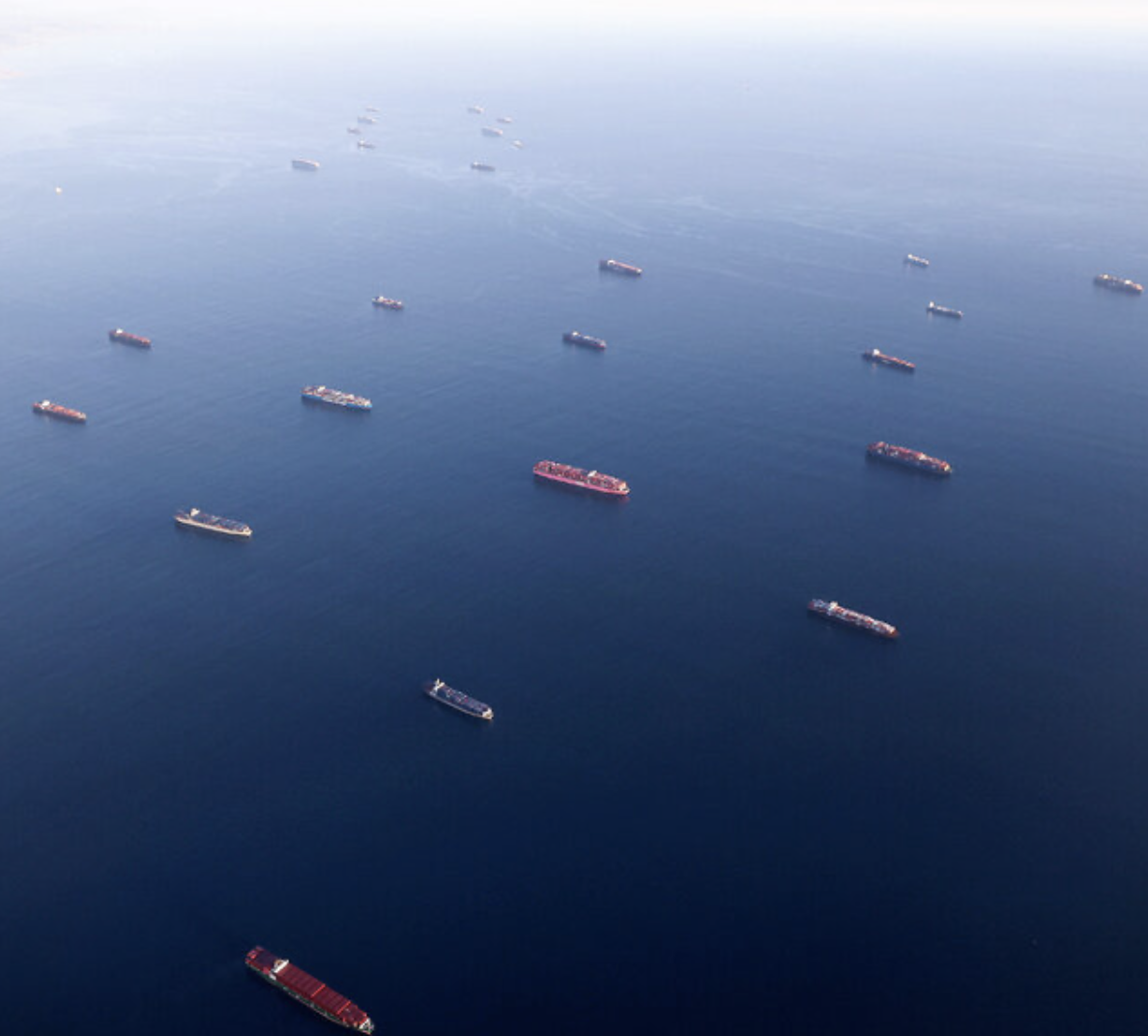 The Biden administration’s policies have increased our nation’s dependence on foreign trade for critical supplies. President Trump was reshoring manufacturing. Instead, the Biden administration has created massive worker shortages, stopped the Keystone Pipeline, and continues to implement regulations that will make our nation more dependent on China.

IN NEWS YOU WON’T HEAR IN THE MAINSTREAM MEDIA: As the Biden administration and Speaker Pelosi spread fake news that their massive spending bill is revenue neutral.

Let's look at what is included in the Biden/Pelosi reconciliation package includes:

Further, Biden has already spent trillions on his left-wing laundry list. Now he’s looking to spend $3.5 trillion more. That’s the equivalent of $27,000 in new spending for every single household in America.

Where things stand: Democrats are in disarray.

In closing, Speaker Pelosi and the liberal wing of the Democratic Party have linked a massive spending reconciliation bill to a bipartisan-negotiated transportation and infrastructure bill.

For the record, the transportation and infrastructure bill is not great, but it starts the process of rebuilding our roads, bridges, broadband and other infrastructure needs. Moreover, it was a package negotiated in a bipartisan manner, unlike the Democrat's massive reconciliation package.

In fact, this would have been the largest investment in transportation and infrastructure in our nation’s history. Unfortunately, however, due to the left’s insistence on coupling these two bills together, I cannot support a transportation and infrastructure bill that is nothing more than a trojan horse for Speaker Pelosi’s massive spending spree. It’s sad, and Americans deserve far better.

This morning, an interview I conducted on CBS-21's Face the State in Harrisburg aired. The interview touched on the latest in Washington. Click here or below to watch. 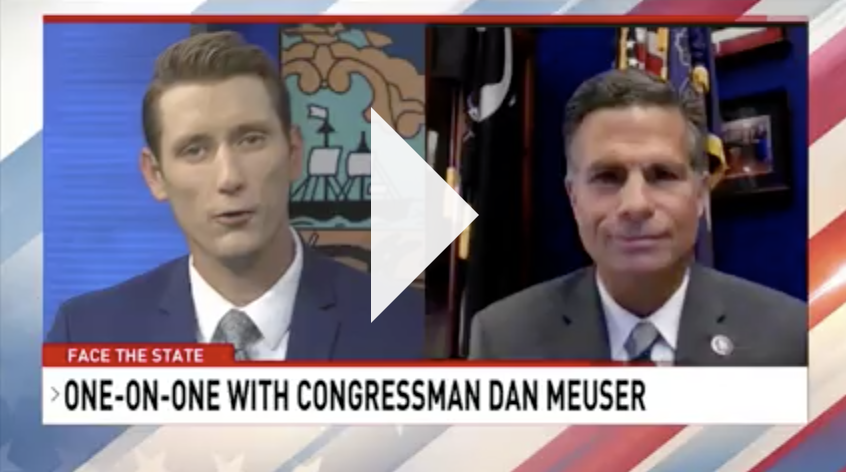