This week, I was honored to accompany both President Donald Trump and Vice President Mike Pence on their trips to the Commonwealth.

The Vice President’s comments on the USMCA were clear...we need to pass this bill immediately. This pact will ensure our country has free, fair and reciprocal trade deals that supports hardworking American farmers, businesses and families.

This deal is commonsense, but it is being held up by Speaker Nancy Pelosi and the extreme leftwing of the House Democratic Party for political reasons. They are putting their politics over hardworking Americans. It is a shame and another reason why we need a change in leadership in the U.S. House in 2020.

On Tuesday, we had a number of important meetings with stakeholders and I received the Champion of Term Limits Award from U.S. Term Limits. I want to thank them and I am proud to advocate for and cosponsor HJR20.

On Wednesday, I traveled with my fellow Congressional colleagues from Pennsylvania, including Congressmen G.T. Thompson, Mike Kelly, Lloyd Smucker, Guy Reschenthaler, John Joyce and Fred Keller, aboard Air Force One with President Trump to the Shale Insight Conference in Pittsburgh. President Trump spoke about the importance of the energy industry and the importance of maintaining our nation’s energy independence. Pennsylvania and the natural gas industry which is flourishing is a major part why our nation is energy independent. We must continue to fight these battles as extreme socialist Democrats support bans on fracking and want to put the many thousands of hardworking Pennsylvanians in those jobs out of work. They don’t get it. If we are less energy secure in America, we are more dependent on nation’s in the Middle East for energy and they don’t have our nation's best interests in mind. 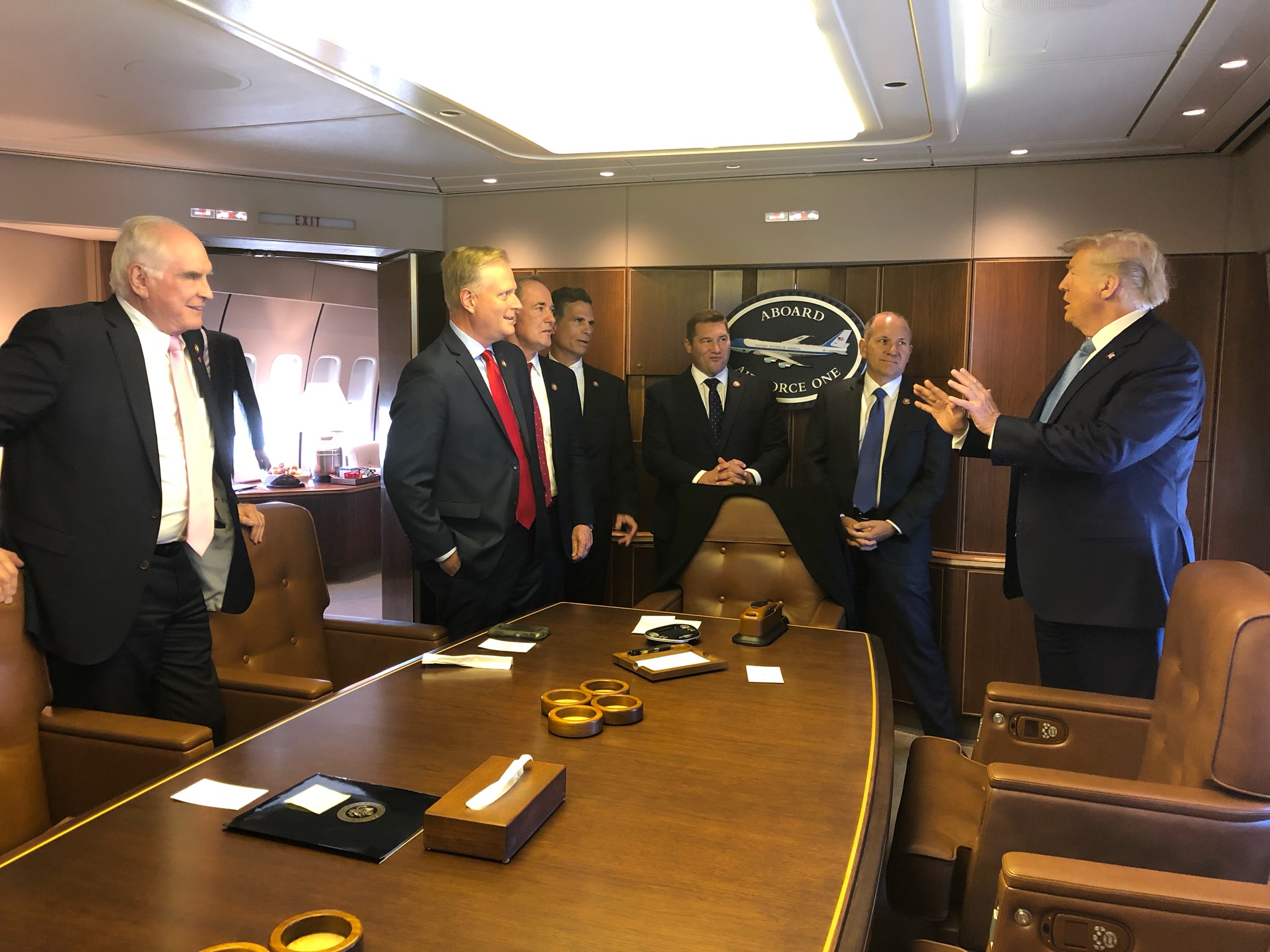 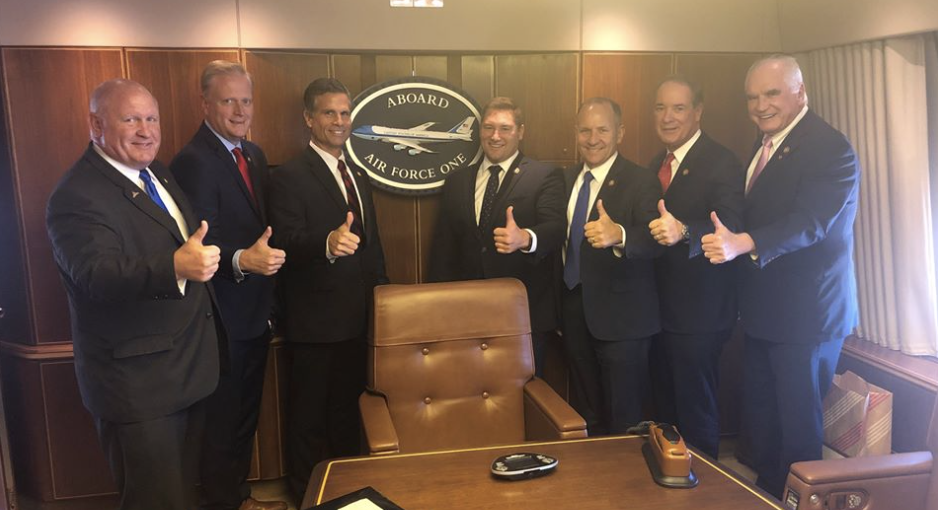 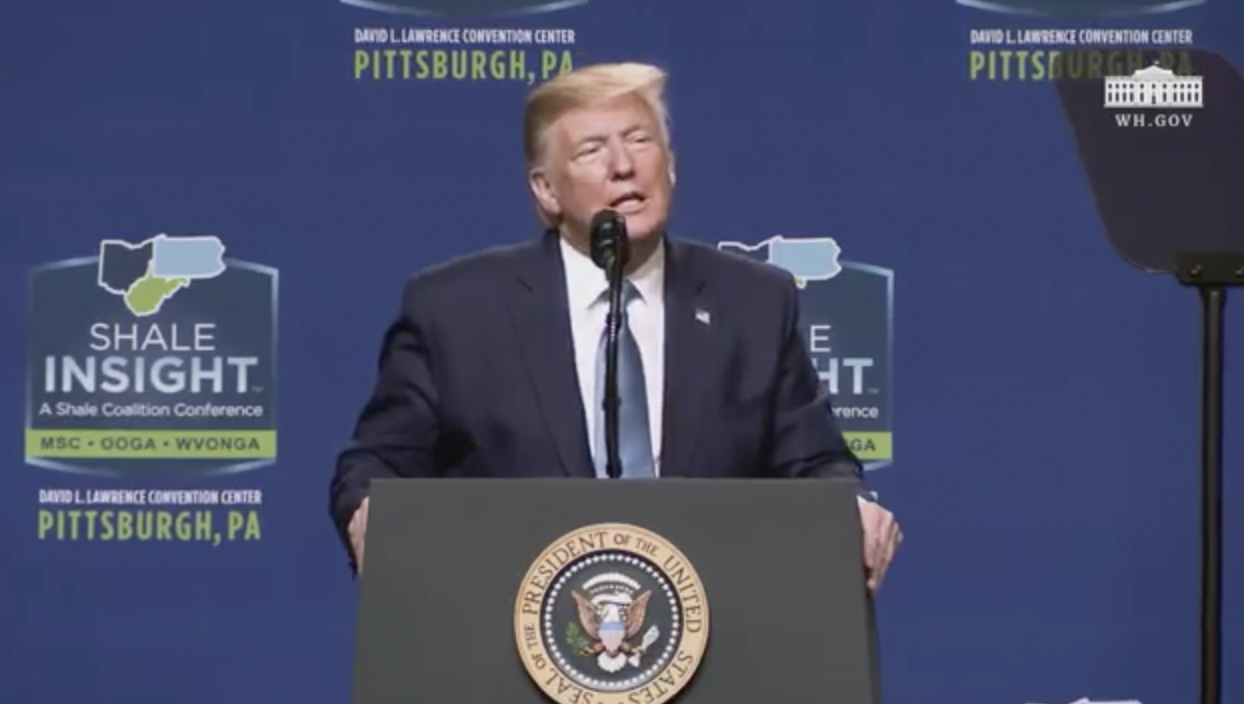 In News You Won’t Hear In The Mainstream Media: President Trump promised he would unleash an energy revolution and he has kept his word.

President Trump has ended the war on energy by rolling back excessive regulations.

To help keep up that energy momentum in Pennsylvania, I recently introduced H.R. 4735, the Mine Affected Community Energy and Environment Act, which creates a federal performance-based tax credit (PTC) for coal refuse-fired power plants that generate electricity through the removal and remediation of the coal refuse found on abandoned mine lands.

There are currently more than 220 million tons of coal refuse, also known as waste coal, culm, boney, gob, and other names, in Pennsylvania, covering over 8,300 acres. Already, these Pennsylvania power plants have removed more than 225 million tons of such refuse, leading to the improvement or restoration of 1,200 miles of stream and reclamation of 7,200 acres of abandoned mine lands. The Pennsylvania Department of Environmental Protection estimates that, in Pennsylvania alone, the cost to remediate the known coal refuse piles would be at least $2 billion dollars if left to the Commonwealth or the federal government.

This week, I spoke on the floor of the U.S. House to once again decry the lack of due process, transparency and the presumption of guilt which is what this "impeachment inquiry" process led by Speaker Nancy Pelosi and House Democrats. Click here to watch. 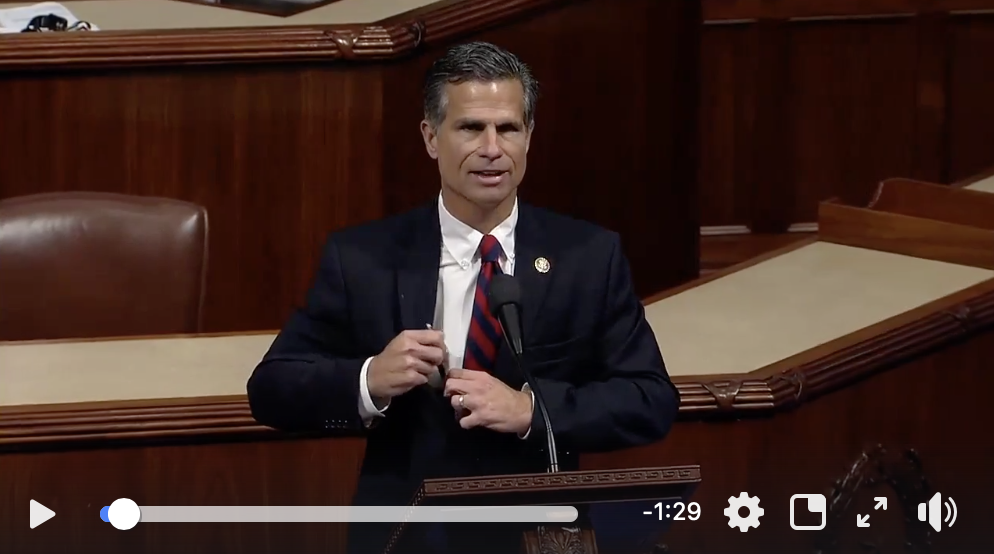 In our Friday Night Light’s Update: The Conrad Weiser Scouts have a big matchup with the Governor Mifflin Mustangs. We wish both teams the best of luck in what promises to be a hard-fought match-up.

My son Danny’s team, the Dallas Mountaineers, are undefeated and look to keep their streak alive against a tough Lake-Lehman team. Tonight is the Old Shoe Game, which began in 1948. The Old Shoe Trophy goes to the winner of this back mountain rivalry. Look forward to another great weekend of high school football.