Before I jump into recounting another jampacked week, I first want to address the presidential debate last night.

President Donald J. Trump delivered an optimistic message for the future of our nation. Before the Covid-19 pandemic, the America First Agenda led our nation to a prosperous economy, the lowest unemployment rate in a generation, securing our borders, making our nation energy independent, draining the swamp and fostered peace through diplomacy. When the pandemic hit our nation, the President worked to keep our Americans safe from the virus, support small businesses and first responders… That work has paid off and our economy is rebounding. The President is Making America Great Again… Again. 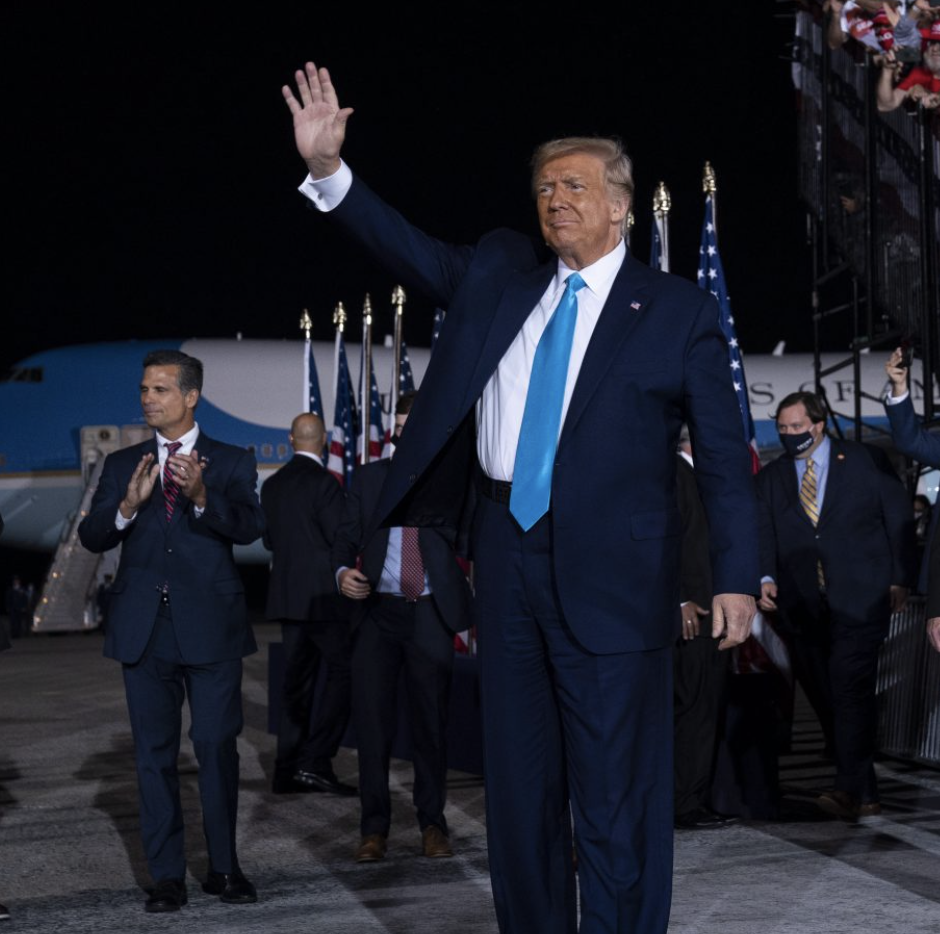 One of the most remarkable moments of the evening was when Joe Biden said he wants to terminate the oil industry. The ripple down impact of this extreme liberal policy agenda will negatively affect every American family. End the Auto Industry. Kill the Airline Industry. Kill Jobs. If you that President Obama was bad, wait for Uncle Joe. Even though, Biden said he didn't want to ban fracking, see the below videowhere he is caught saying it several times. 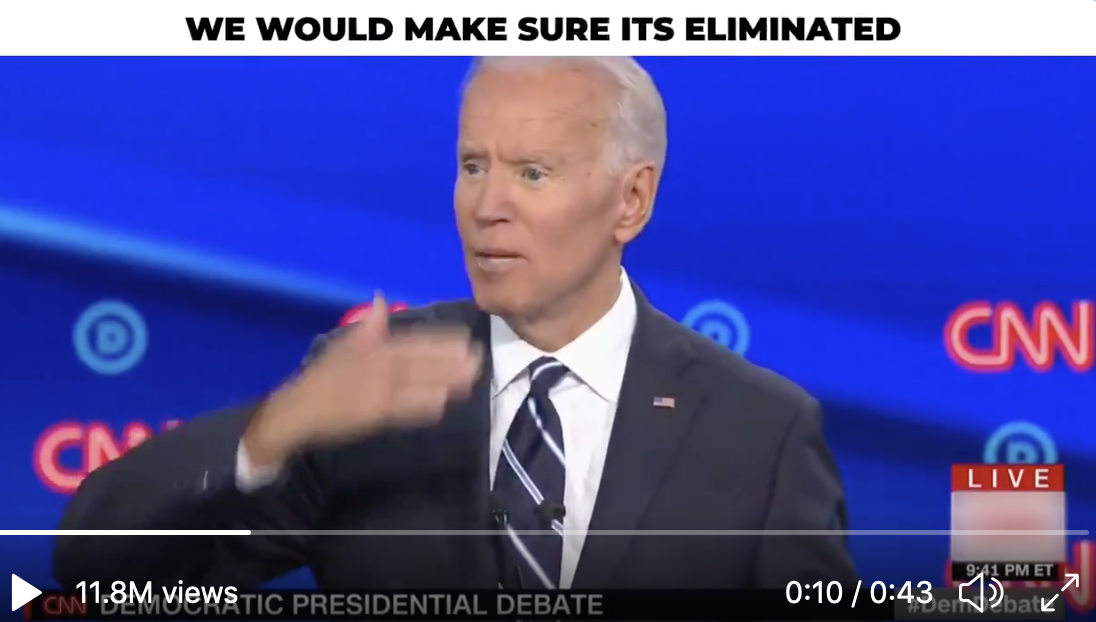 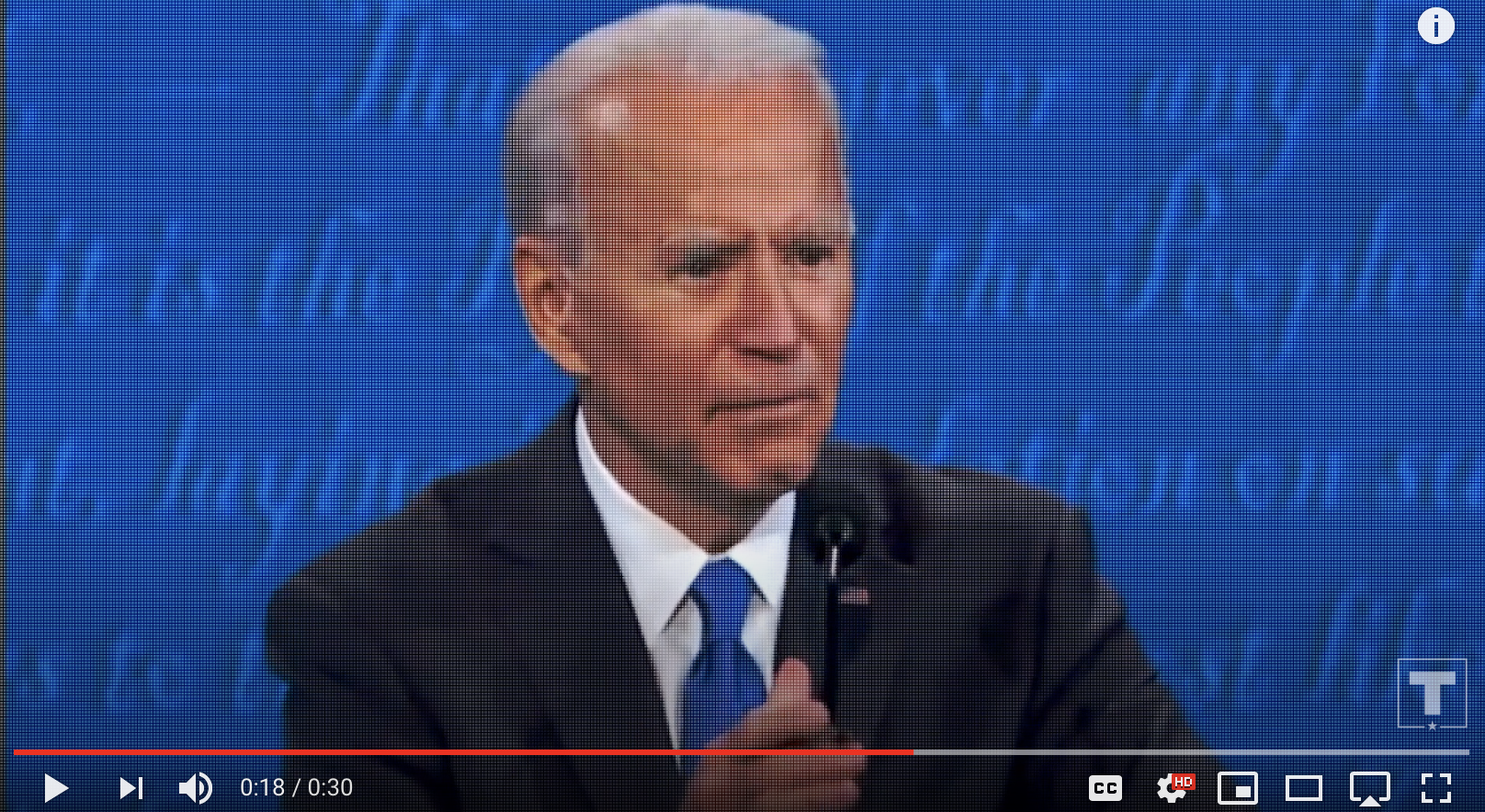 After the debate, a CNN anchor said of Joe Biden’s performance that he did “fine.” Folks, if CNN said that Joe Biden did “fine” then this debate was a trainwreck for the Vice President.

President Trump challenged the Biden family’s business dealings with foreign nations, including Iraq, Ukraine, Russia and China. Biden deflected, but here is the truth... Joe Biden’s son Hunter Biden got a job with Burisma that he was not qualified for and was paid a lot of money because of the position his father held. It has been reported that emails captured on a laptop referred to Joe Biden as the “Big Guy” and referenced his share of payments that were made. Joe Biden spent 47 years in public office and is now a multi-millionaire. What is wrong with that picture? 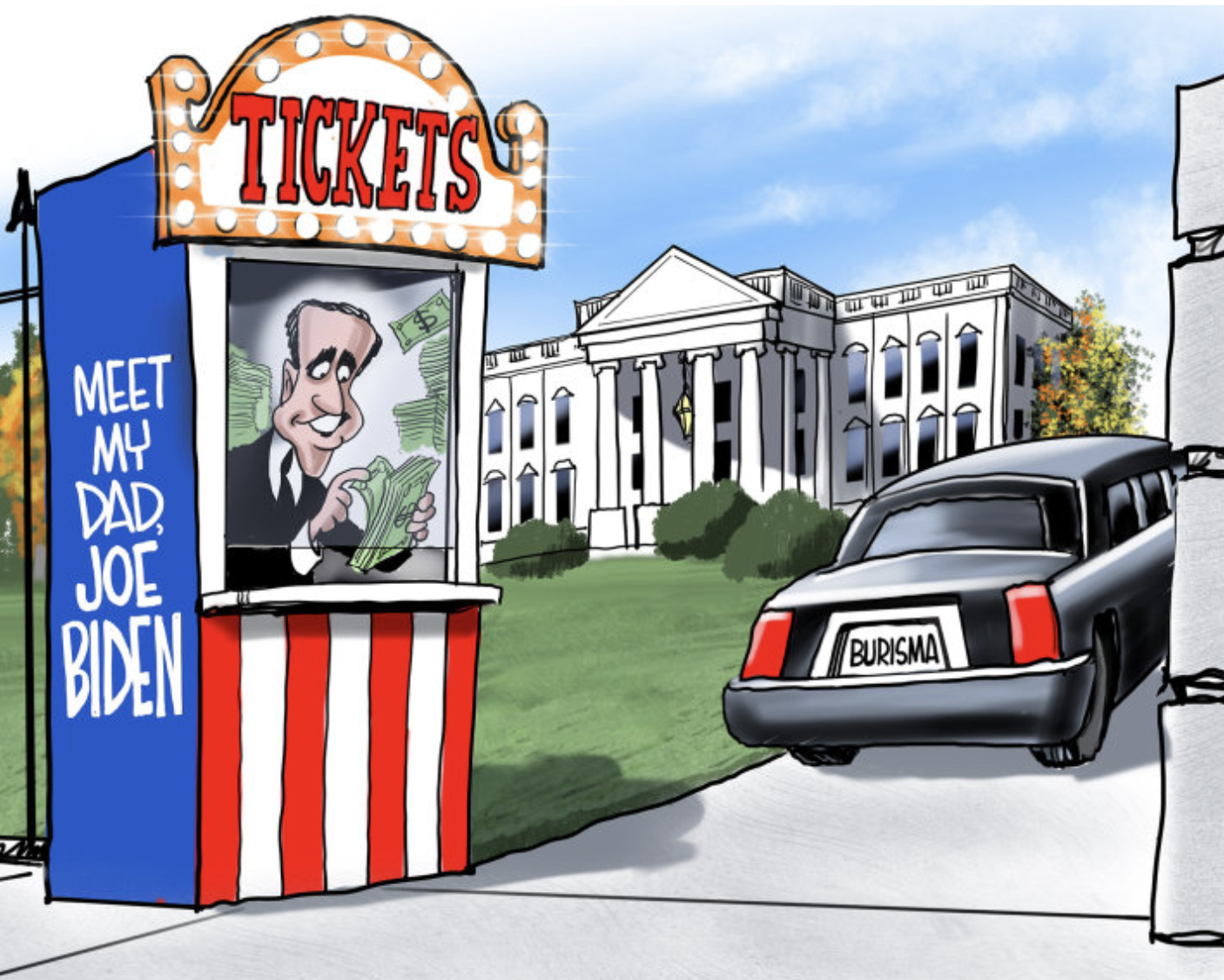 Biden said he didn't take a dime from any foreign government. That is completely contradictory from the information that has come forward. The reports on the Biden family's activities warrant an investigation.

This is one of the biggest problems with Washington, D.C., as career politicians spend more time working to enrich themselves than helping the American people.

That is why President Trump has been so refreshing. He cares about the American people and future generations, evidenced by the fact that he doesn’t even take his salary. He didn’t run for President to become wealthy. He ran for President because he loves our country and wants all Americans to have the opportunity to achieve greatness.

This week, I attended two separate debates. I conducted one on Tuesday evening at WVIA, click here to watch. 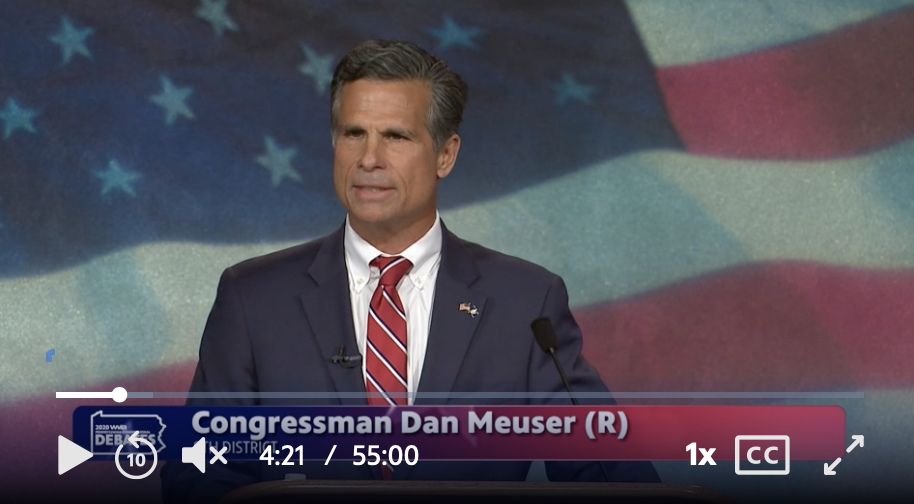 We participated in another debate hosted by the Schuylkill County Chamber of Commerce on Thursday. Click here to watch. 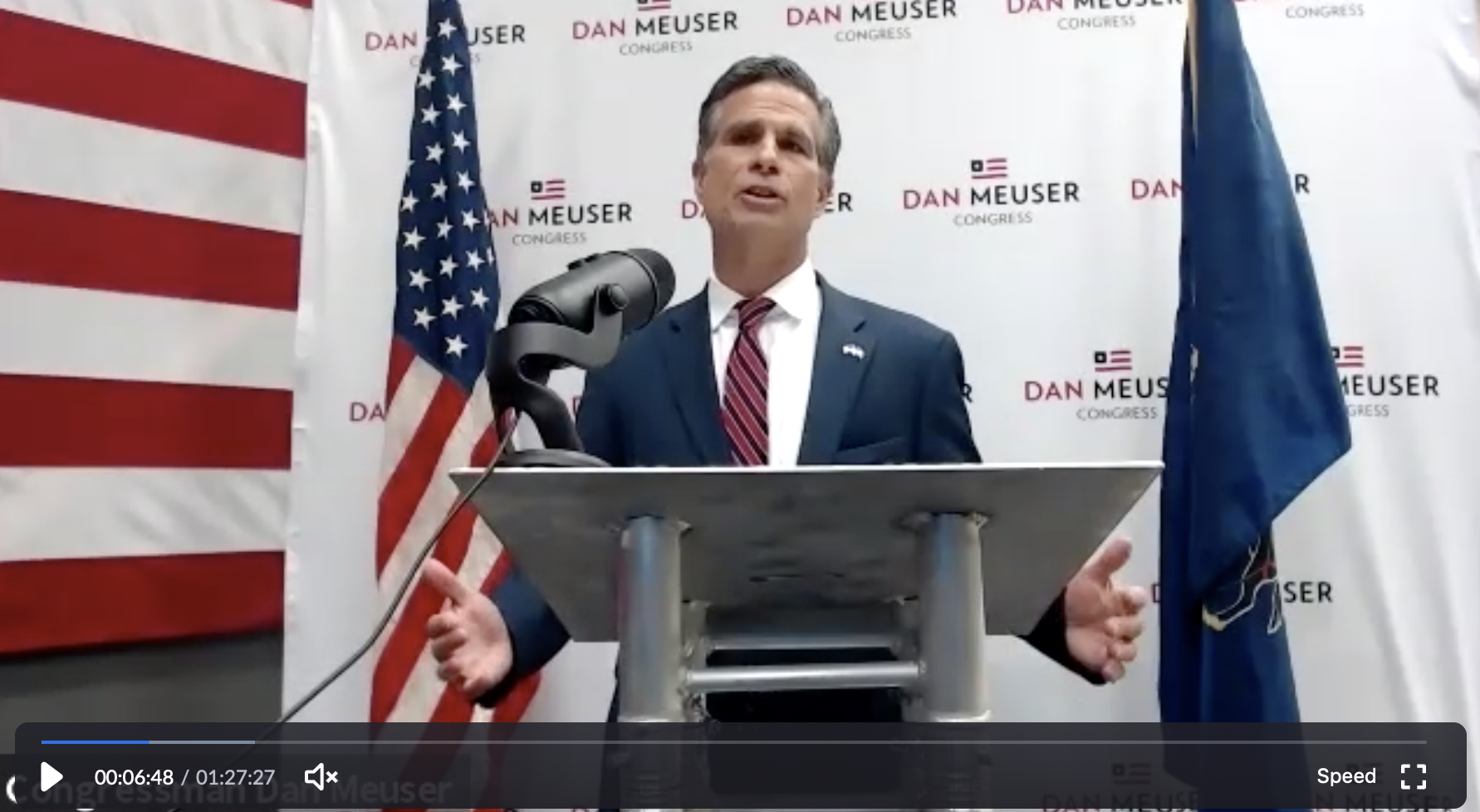 We want to thank WVIA as well as Bob Carl and the Schuylkill County Chamber of Commerce for giving us the opportunity to discuss the important issues facing our nation and the 9th Congressional District. There are tremendous differences between my opponent and me on the issues, but I appreciate the fact that we were able to have a respectful debate focused on the issues.

On Monday, I again joined Vice President Mike Pence at a rally in Cumberland County. I addressed the crowd and stressed the importance of re-electing President Trump and Vice President Pence as well as just how critical it is for Republicans to win back control of the U.S. House and get rid of Speaker Nancy Pelosi. 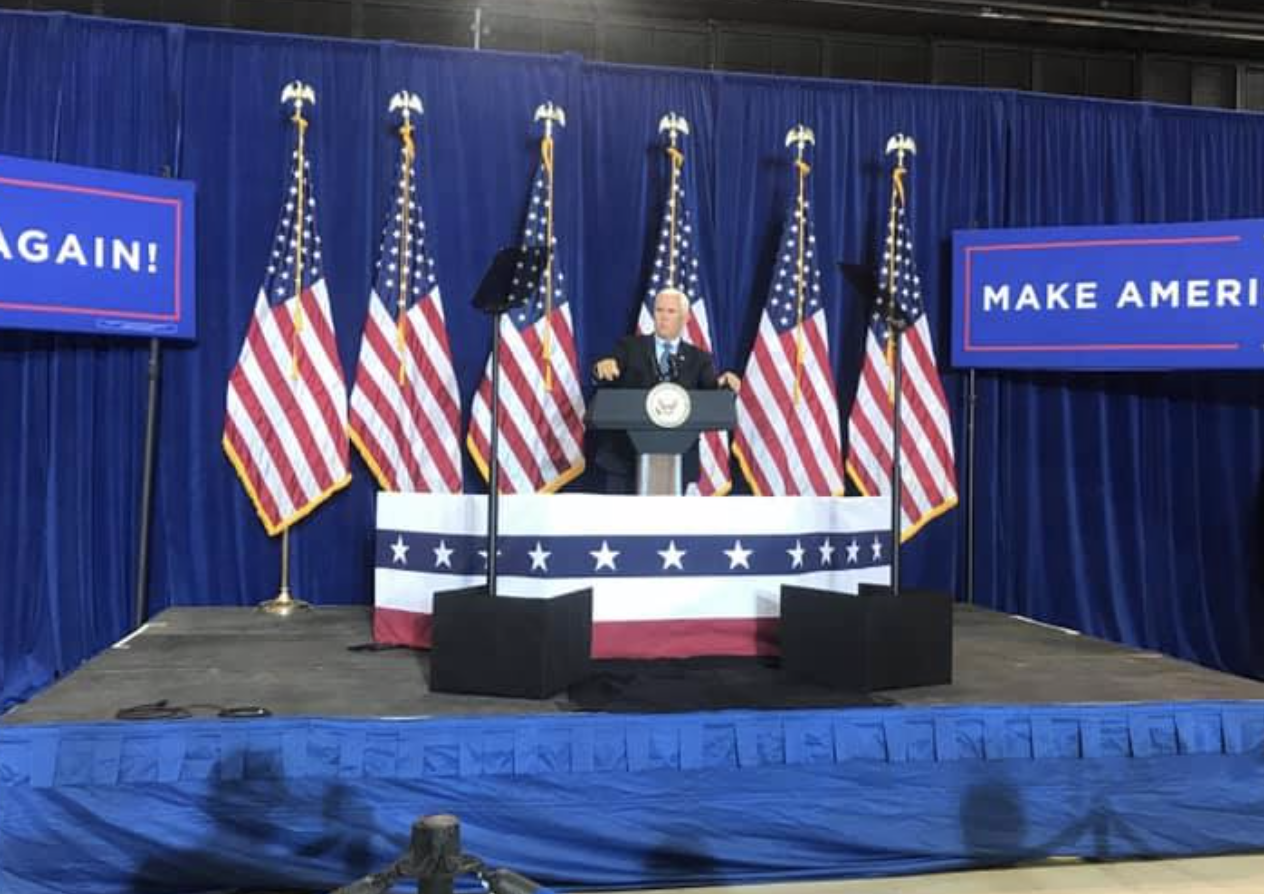 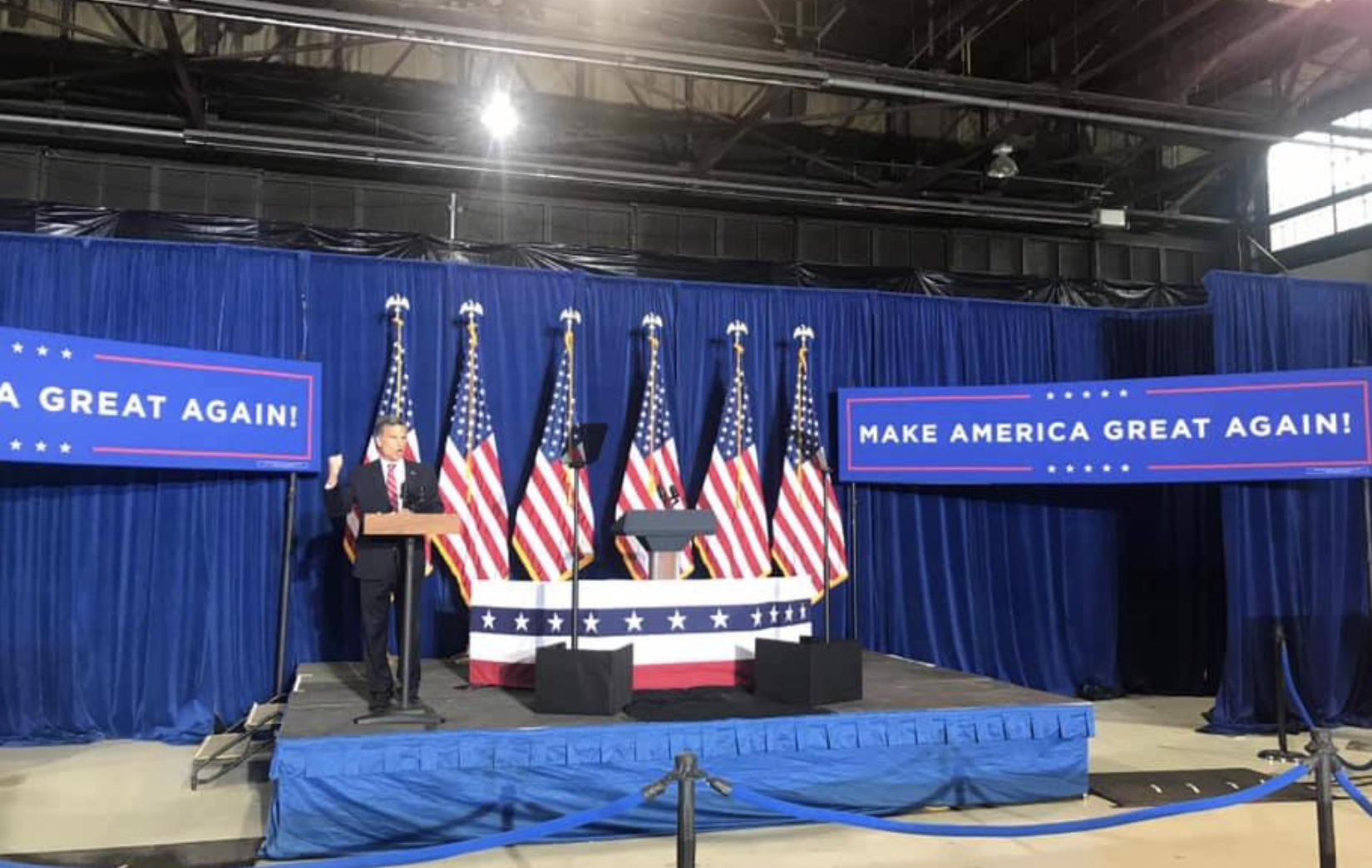 On Wednesday, I traveled the state Thursday with Republican Whip Steve Scalise for events with Jim Bognet and my friend and colleague Congressman Scott Perry. Congressman Scalise has been and continues to be a tremendous leader for our caucus and on the important issue facing American families. He understands the importance of supporting our law enforcement, promoting safe communities, strong borders, cutting taxes and creating jobs. When we take back control of the U.S. House, Congressman Scalise will be a major reason why. 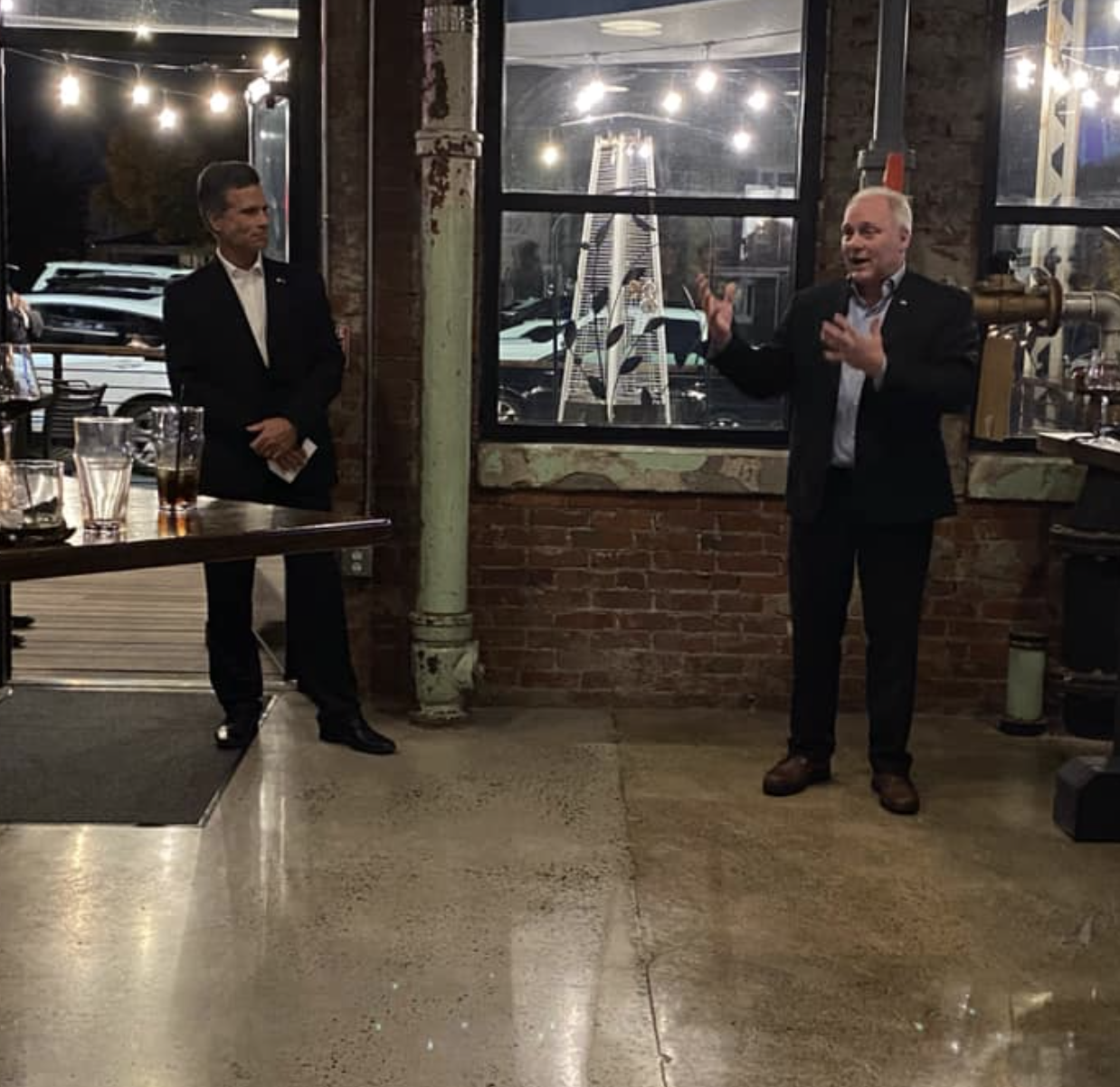 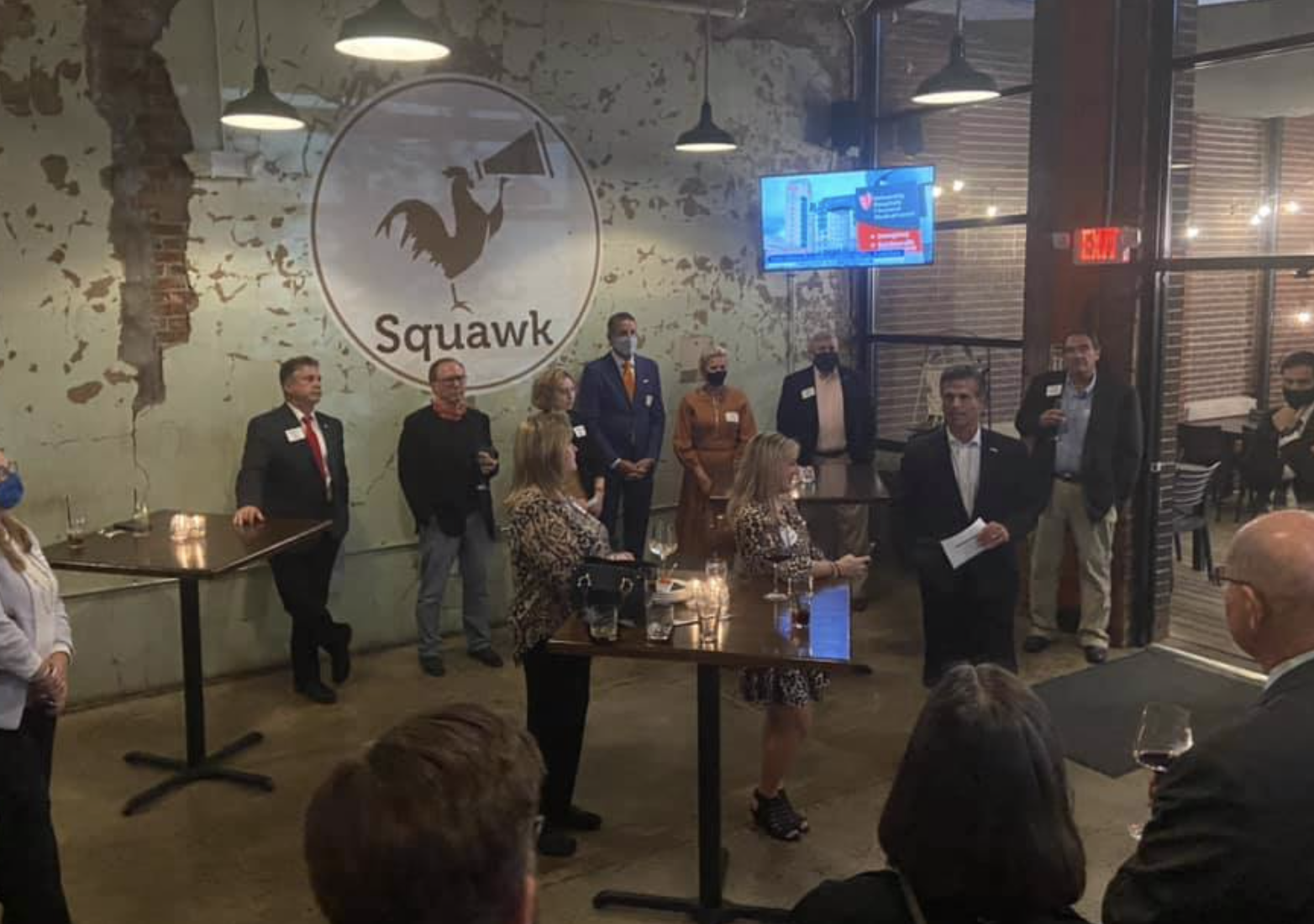 IN NEWS YOU WON’T HEAR IN THE MAINSTREAM MEDIA:President Trump continues to deliver for the people of Pennsylvania:

And that is why we are witnessing unprecedented enthusiasm for the President around the Commonwealth. After my debate last night, I spoke at the Berks County Patriots Meeting. People are so ready to go out and work for President Trump. The enthusiasm level is off the charts. 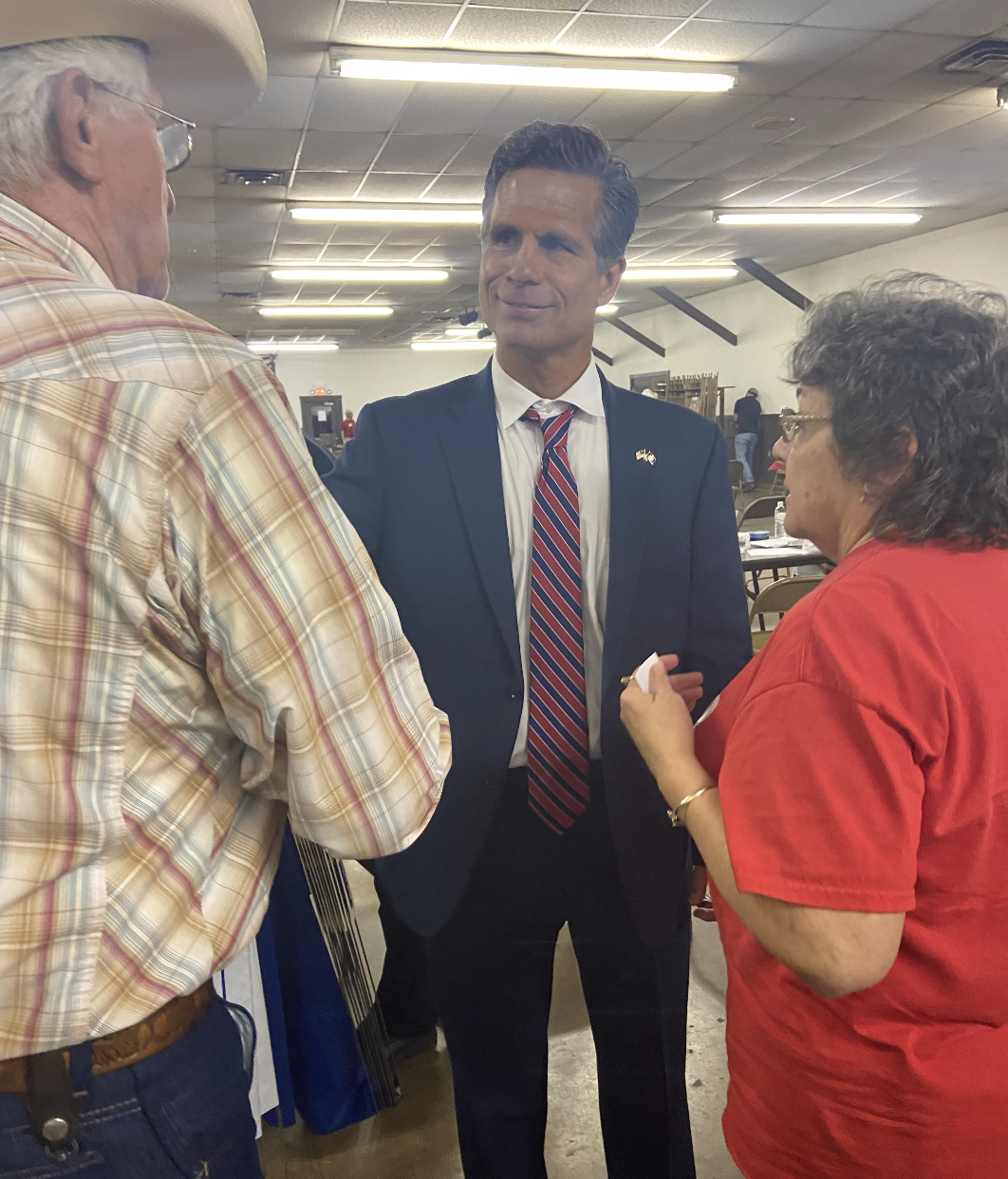 Speaking of enthusiasm, I visited with a number of Trump supporters on Sunday in Luzerne County. Despite this event coming together on short notice, there were so many people in attendance. This is just the latest sign of the excitement we are seeing for President Trump across the Commonwealth. 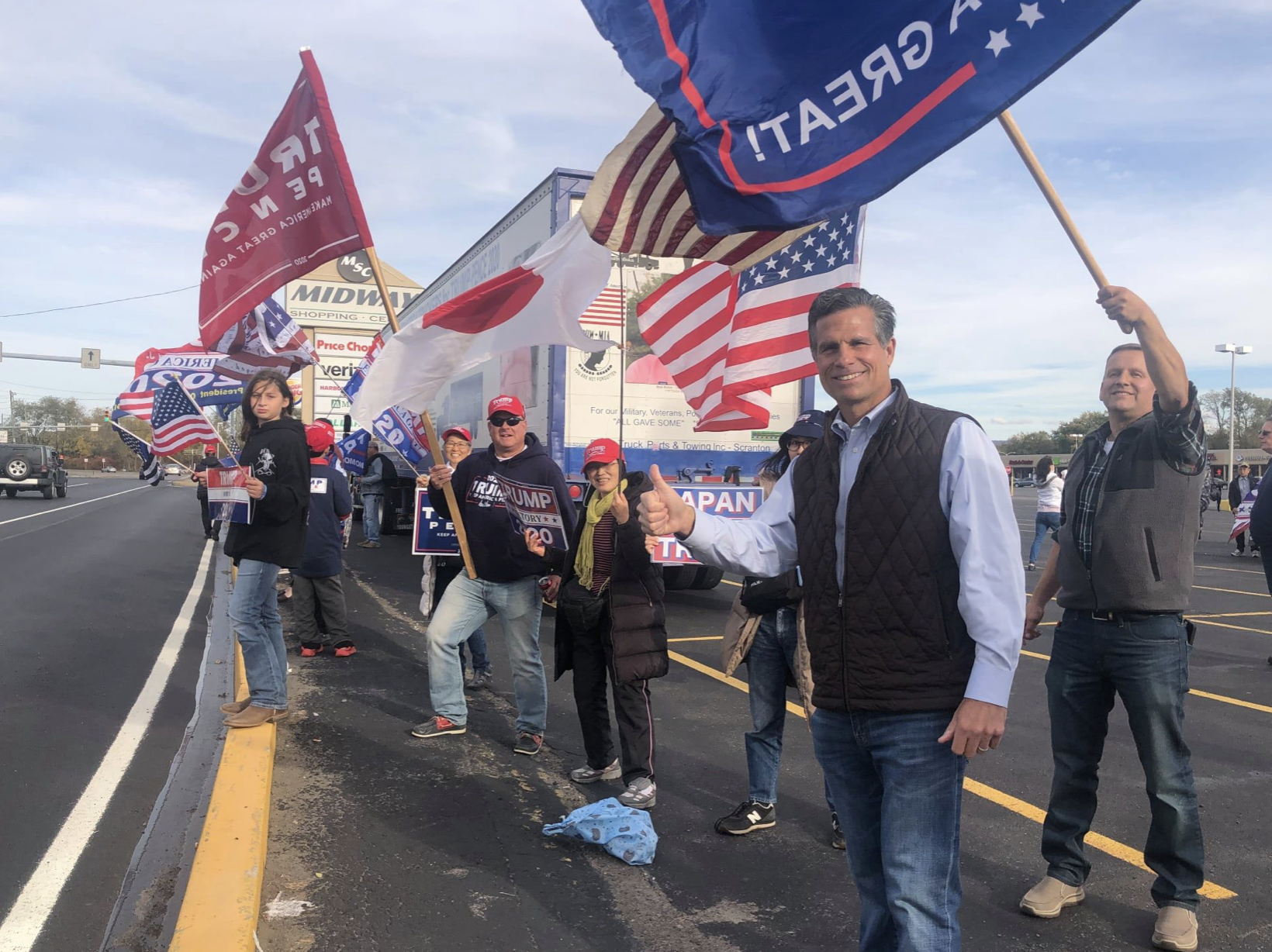 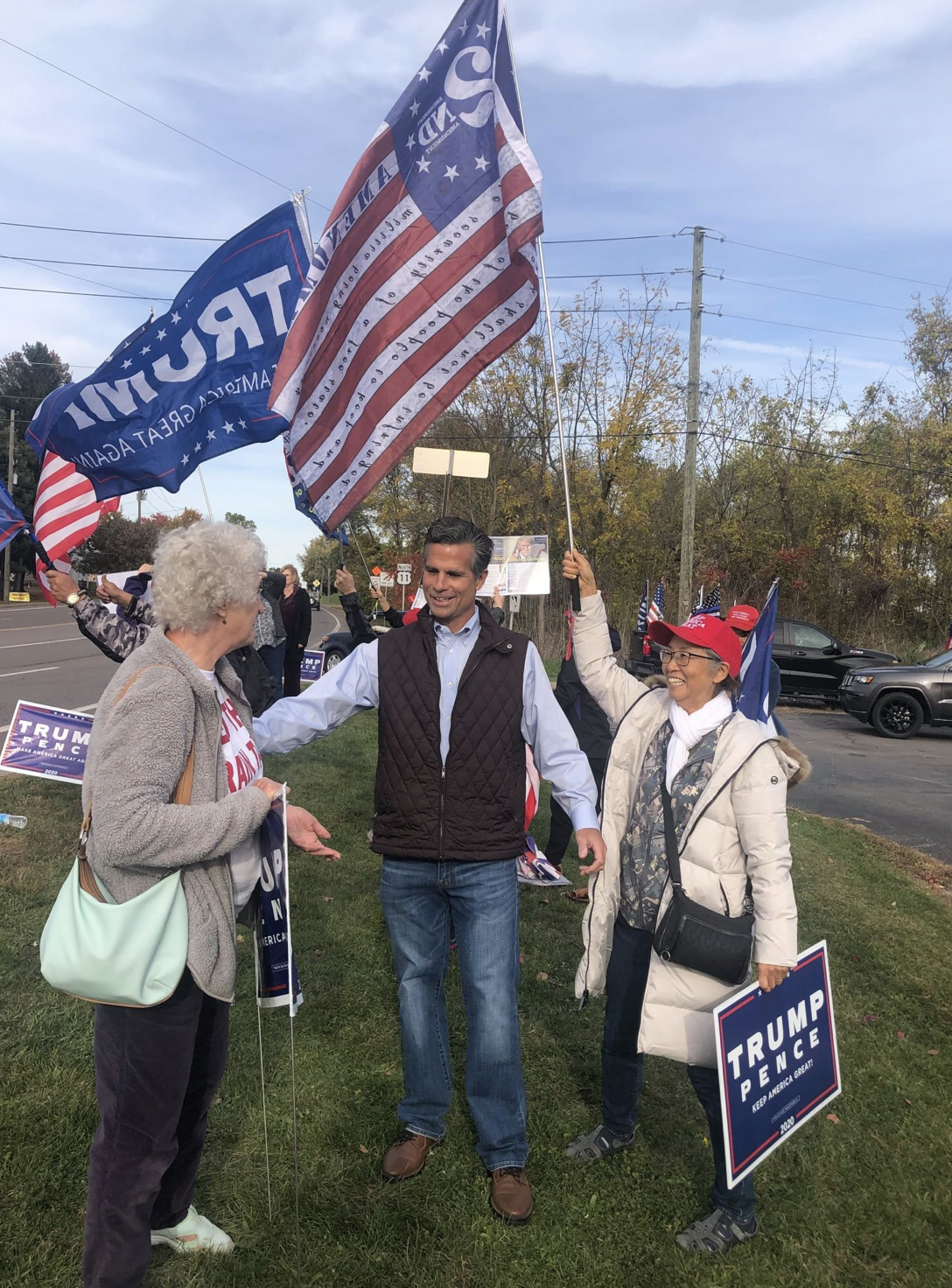 We are just days away from a critically important election. Please encourage your family, friends and neighbors to vote. The Presidential election is going to be very close in Pennsylvania and President Trump and our Republican candidates need every vote. If you need to check your registration status or want to know where to vote, visit www.votespa.com.

Have a great weekend and we look forward to seeing you soon,