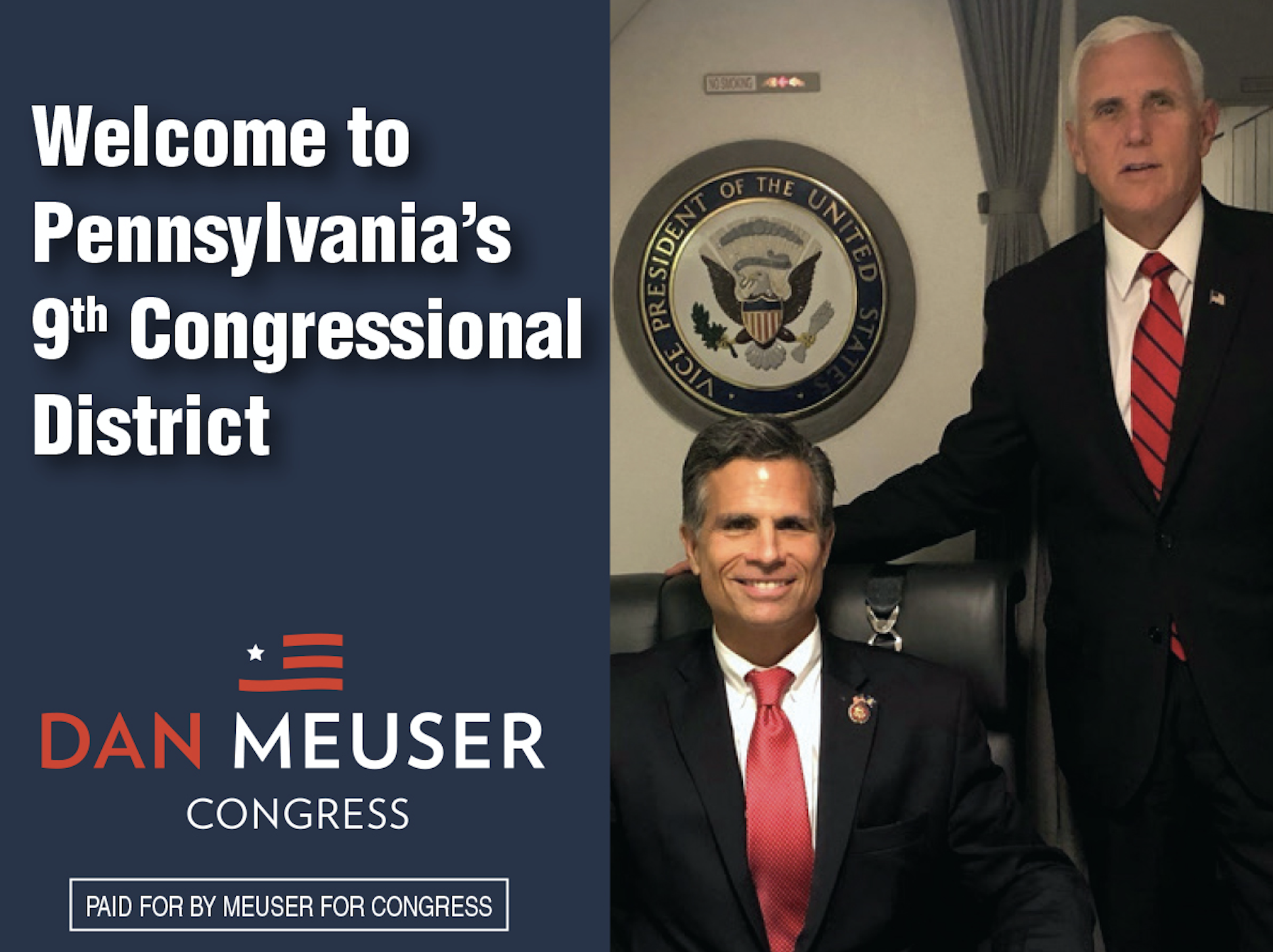 Before the Vice President arrived, I was able to address the crowd and let them know why I believe President Donald Trump and Vice President Mike Pence are going to win Pennsylvania again. We need them to Make America Great Again... Again. Click here or below to watch my remarks. 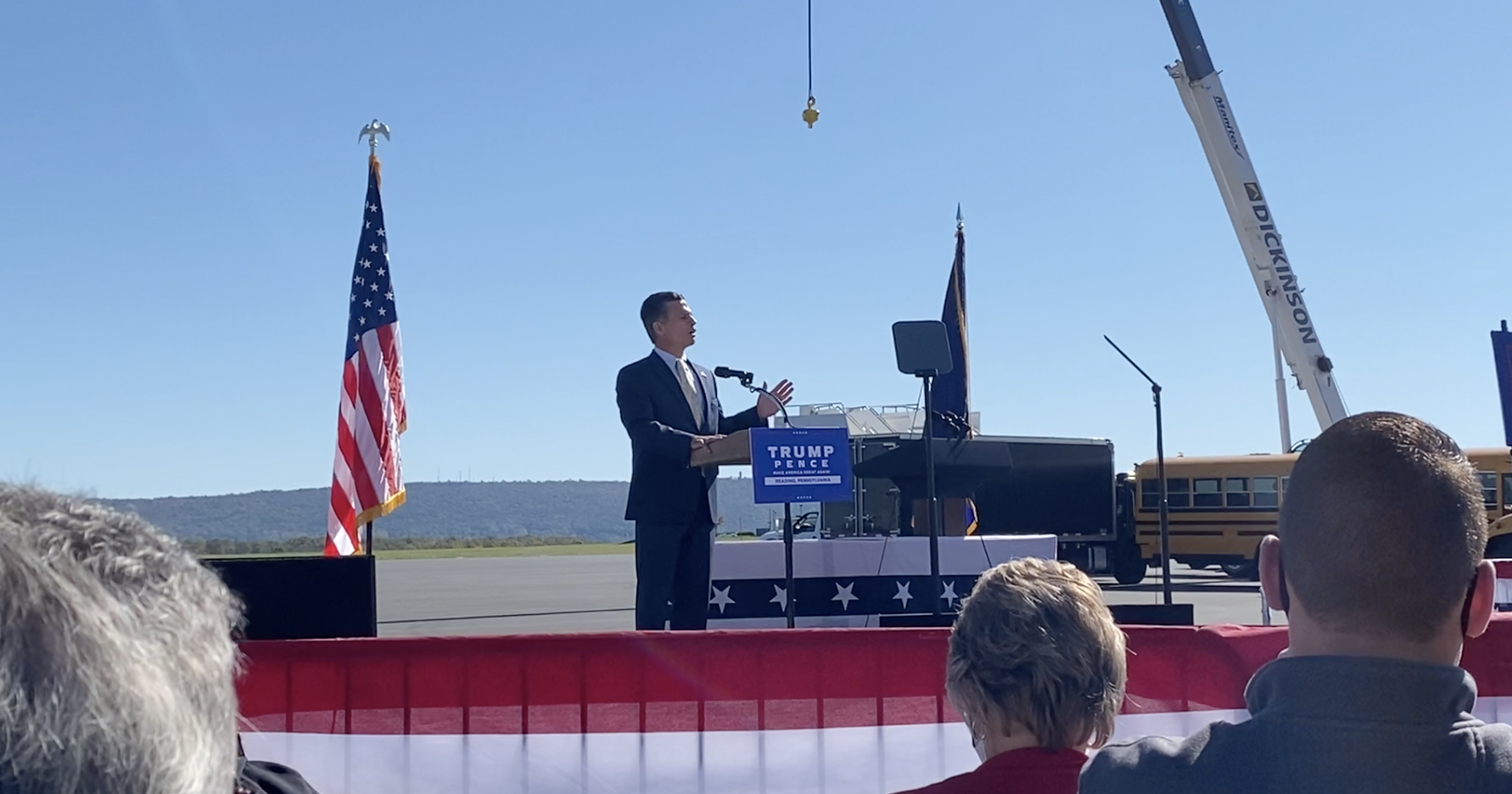 The Vice President was tremendous. He spoke about the America First agenda and the countless successes the Administration has accomplished over the last four years, including helping to build one of the greatest economies our nation has ever witnessed. He also spoke about the stark choice Americans face on Election Day. The Harris-Biden ticket is running on the most extreme left-wing agenda in the history of our nation. Higher taxes, banning fracking, packing the courts, open borders, government-run health care... their liberal wishlist goes on and on. It is critical that everyone turn out and vote for President Trump and Vice President Pence and help us deliver a Republican-led majority to the U.S. House. The future prosperity of our nation hinges on the results of November 3. Don't take my word for it, listen to the Vice President by clicking here or on the picture below. 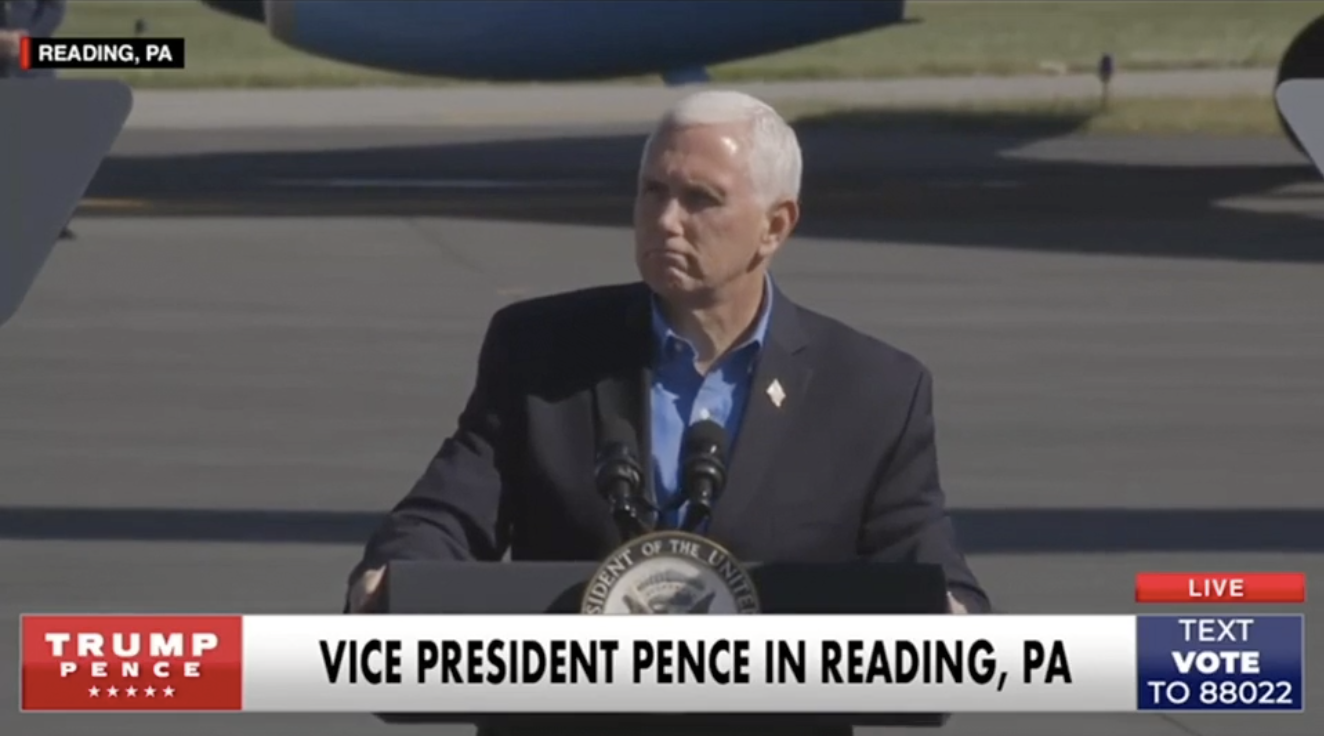 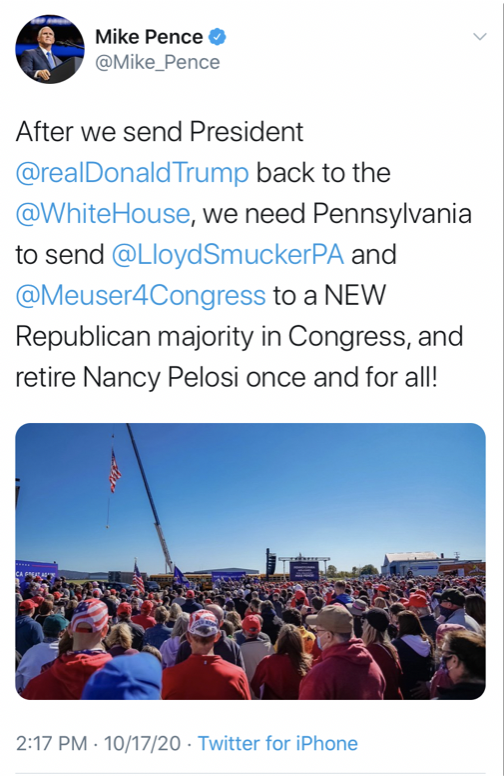 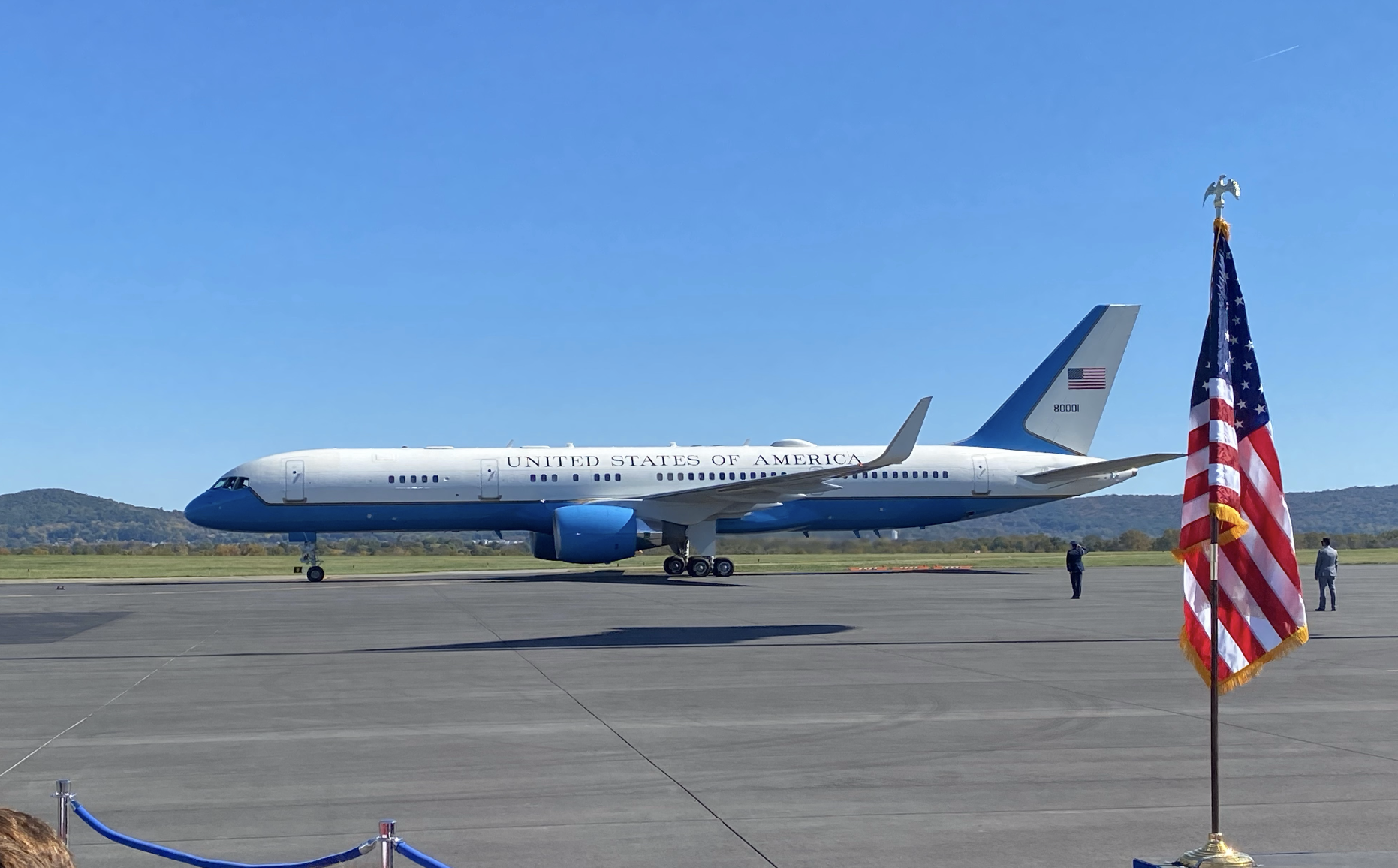 We were joined by so many friends, including Pennsylvania Trump-Pence Chair Bernie Comfort. (Pictured below) 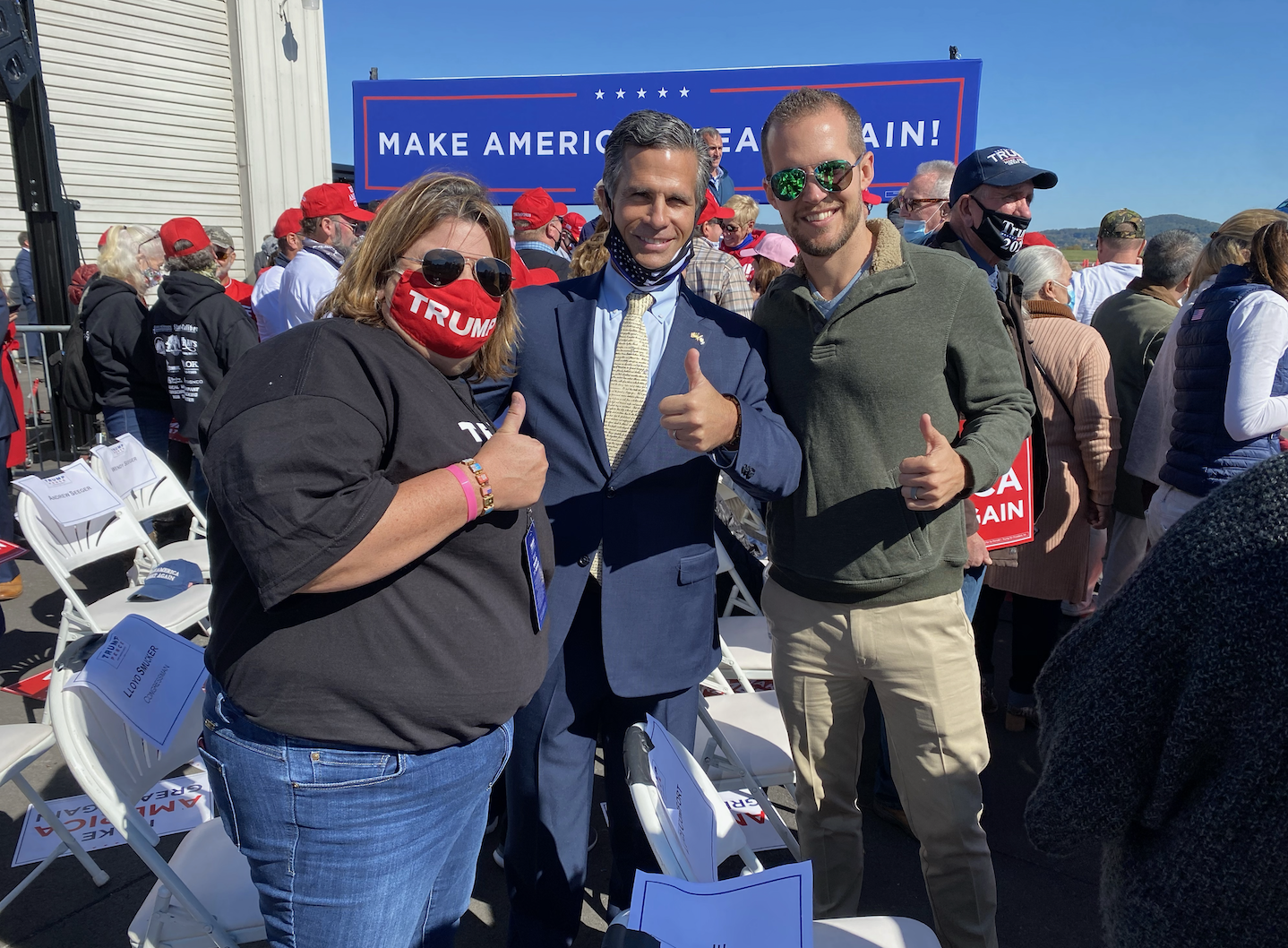 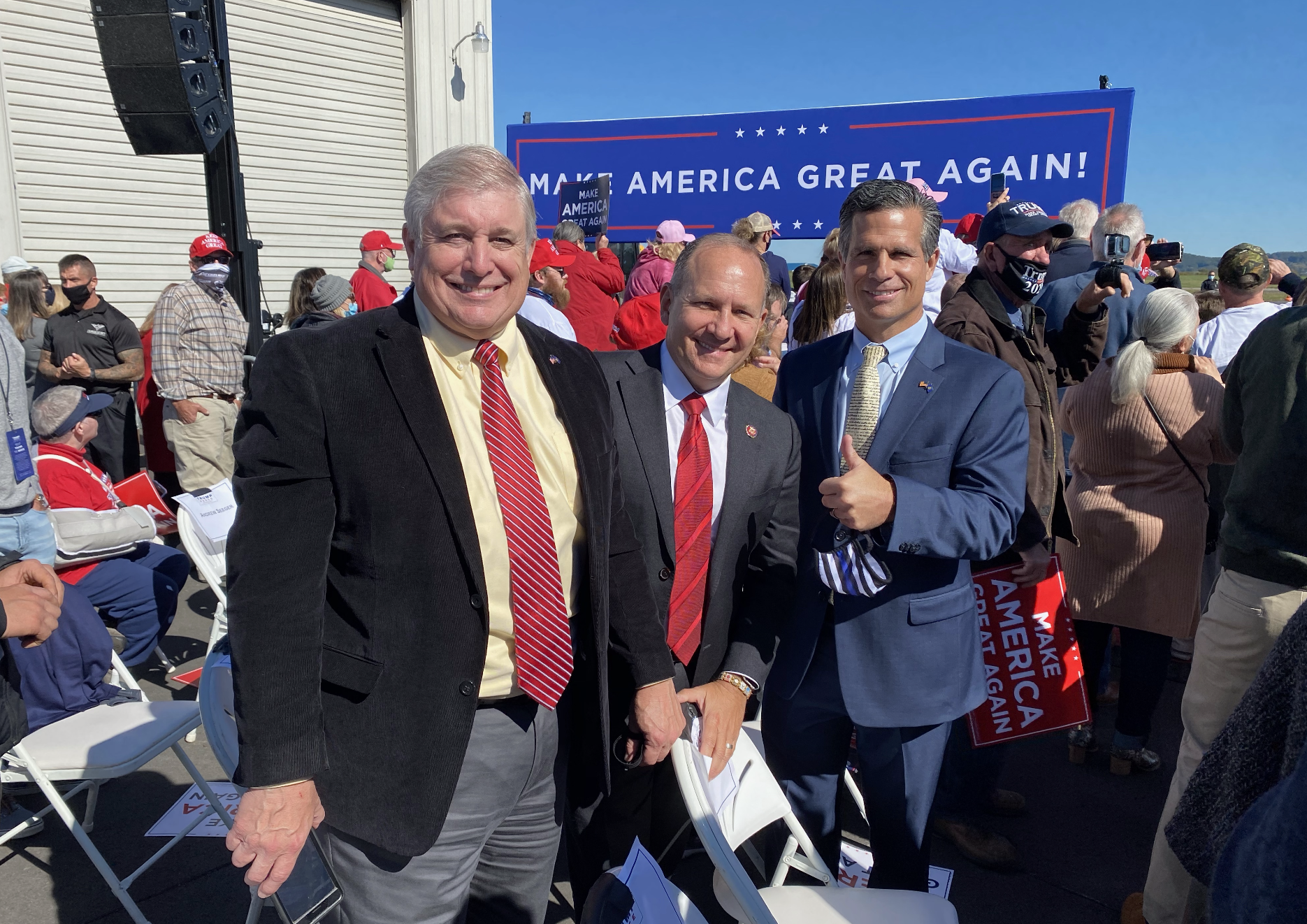 In the U.S. Senate, confirmation hearings on Judge Amy Coney Barrett began. Fighting off ridiculous attacks from Democrat Senators, Judge Barrett showed why President Trump nominated her to the Supreme Court. She has the judicial temperament, experience and qualifications to serve our nation on our highest court. She will interpret the laws and follow the U.S. Constitution. I believe she will make an excellent addition to the U.S. Supreme Court. 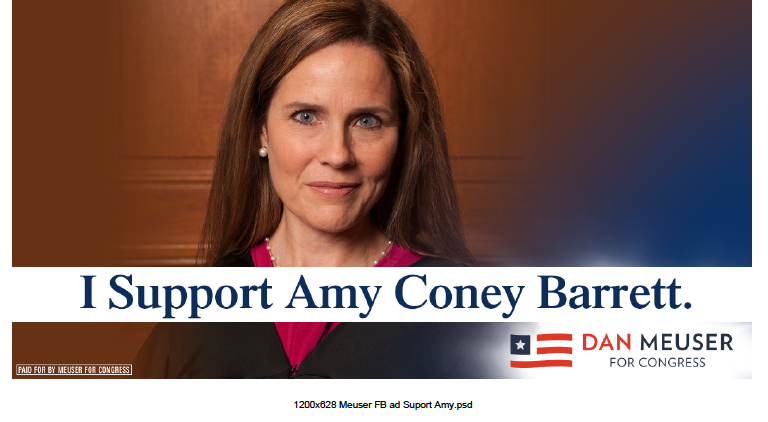 On Thursday night, we witnessed two very different town halls play out on national television. President Donald Trump conducted a town hall in primetime on NBC where he faced tough questions on the major issues facing our nation. While the debate was canceled, it was clear that NBC planned to have Savannah Guthrie “stand-in” for Joe Biden. While she attacked the President, he didn't back down. He answered how his administration has advanced the America First Agenda while tackling tough issues like Covid-19 and illegal immigration.

Meanwhile, Vice President Joe Biden held a town hall primetime on ABC with George Propagandopolis. What did the American people get? Softball questions and lies. Zero questions about his son Hunter Biden’s involvement with being paid large sums of money from foreign emissaries to arrange meetings with his father who was serving as the Vice President at the time.

Despite not having to answer the difficult questions, Biden still shamelessly lied about his record… over and over again.

IN NEWS YOU WON’T HEAR IN THE MAINSTREAM MEDIA: Joe Biden used his national platform to lie and misrepresent his positions multiple times…

He lied about the:

To highlight Joe’s problems with the truth, our campaign has put together the following video of clips of his contradictions and lies. This is evidence that deserves a verdict. Please click here or below to watch.

On Monday, I joined the Bloomsburg Police Chief Roger Van Loan for a ride-along during his patrol in Bloomsburg. I also had the opportunity to tour the Bloomsburg police station and meet with members of the department. Thank you to our brave men and women in blue who keep our communities safe! 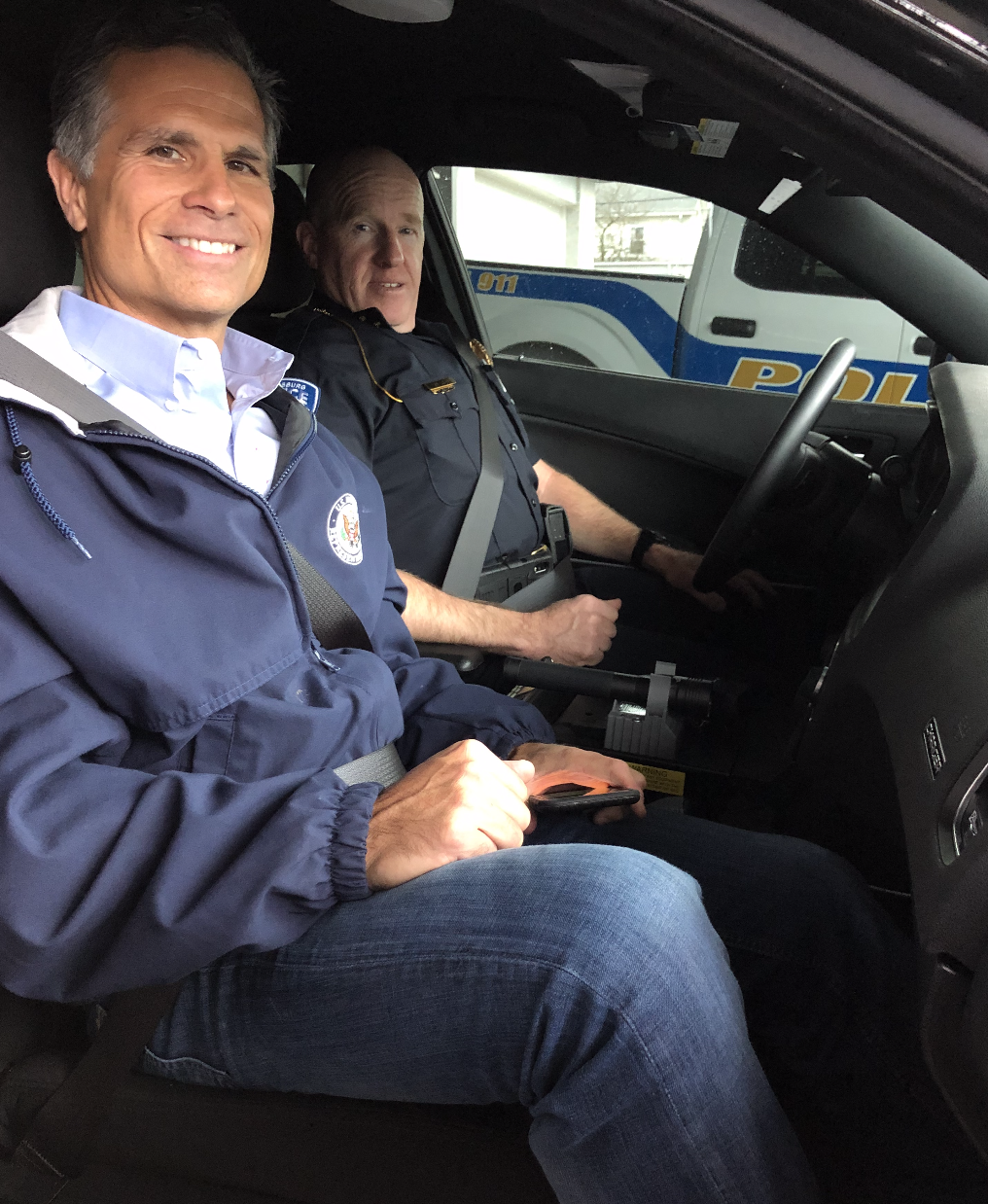 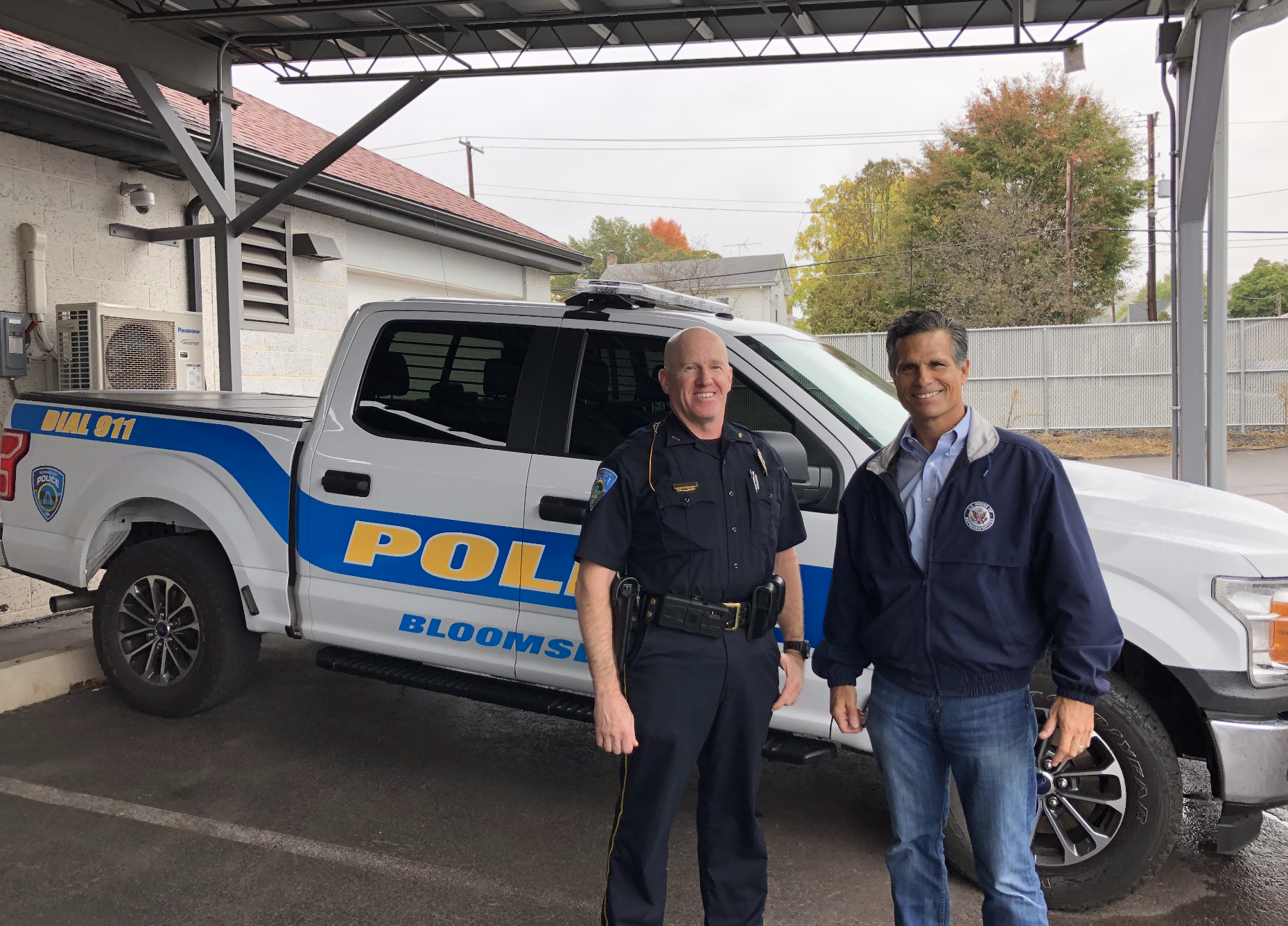 Earlier this week, I appeared on the Sam Lesante Show (Pictured Below)and conducted an interview with the Citizens’ Voice editorial board. We will post each of those interviews when they are made public. 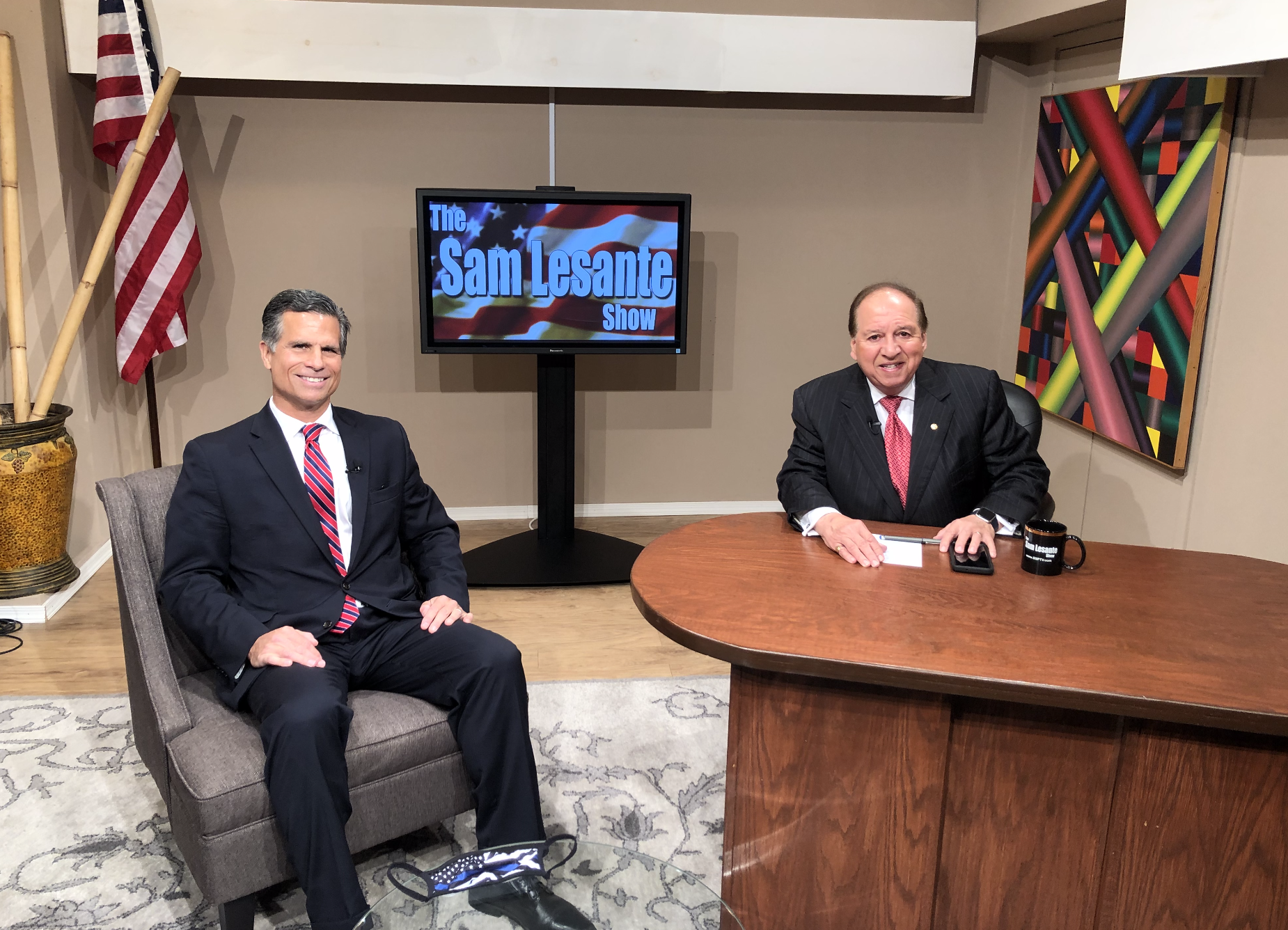 I appeared on Fox Business’s Varney & Co. to discuss the negative impact of the Biden-Harris economic agenda, Biden’s plans to pack the courts and why I believe President Trump will win Pennsylvania again. Click here or below to watch my interview. 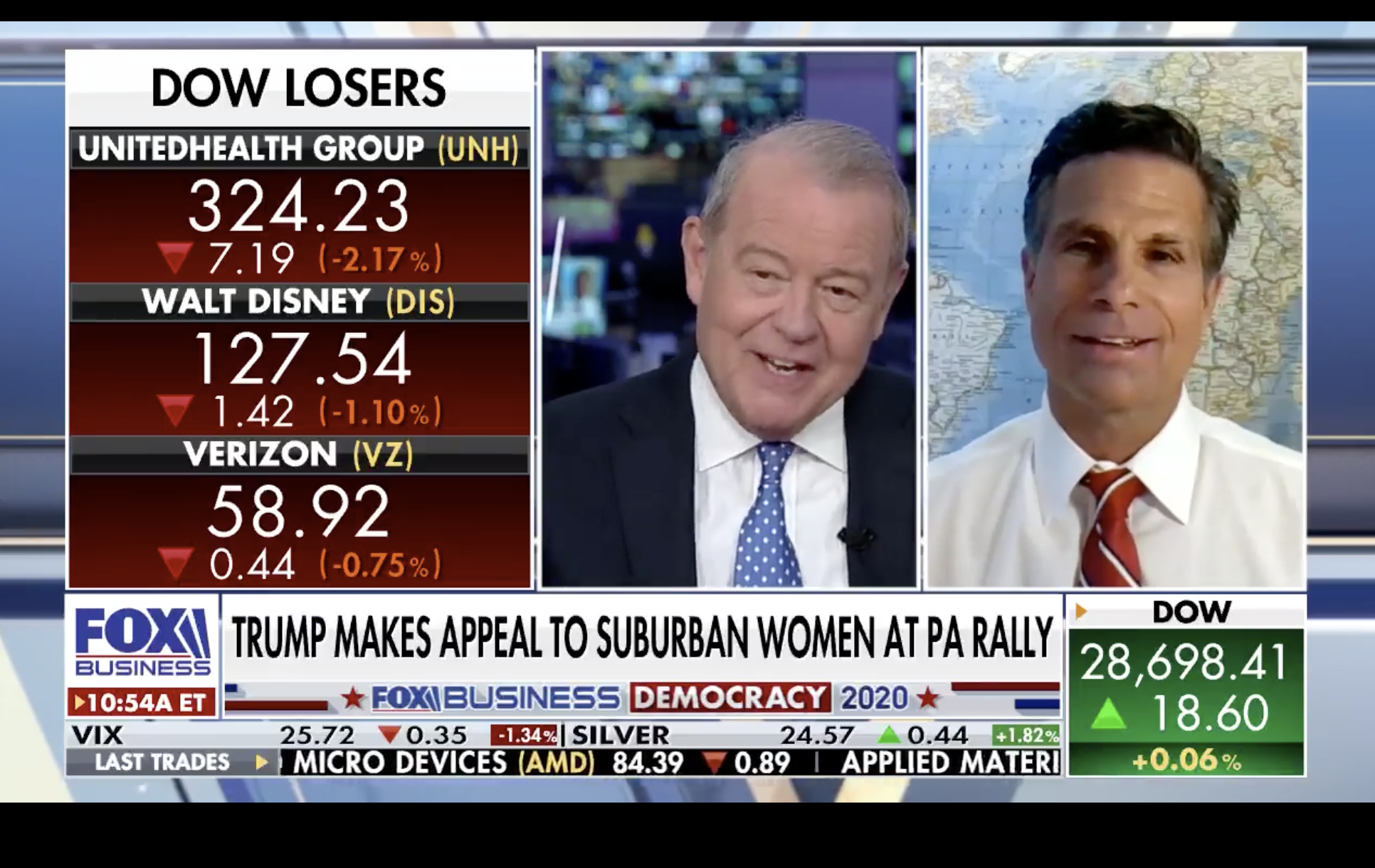 On Thursday, I traveled to Shamokin to join State Rep. Kurt Masser for a lunch with local veterans. As a member of the Veterans' Affairs Committee in Congress, I am dedicated to ensuring that those who have served our nation receive the care and benefits they have earned. 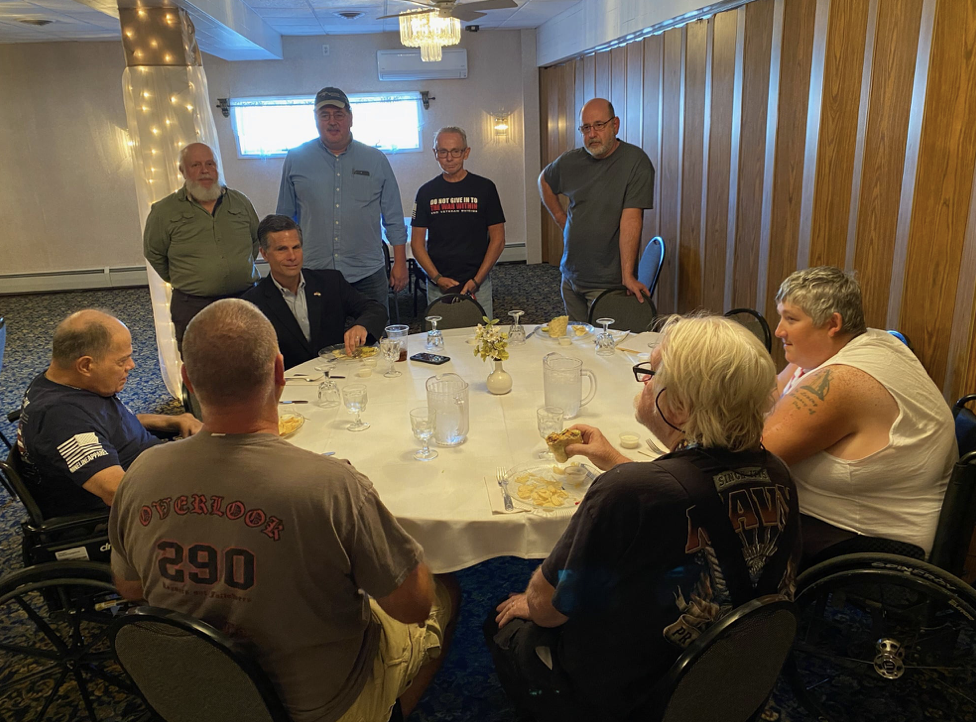 One thing that I particularly enjoy is visiting with all my close friends at the various county party GOP fall dinners throughout the District and Commonwealth. On Tuesday, I spoke at the Berks County GOP Dinner. I want to thank Chairman Clay Breece and the members and supporters of the Berks County GOP for attending. We must ensure Berks County goes Red this year for President Trump. 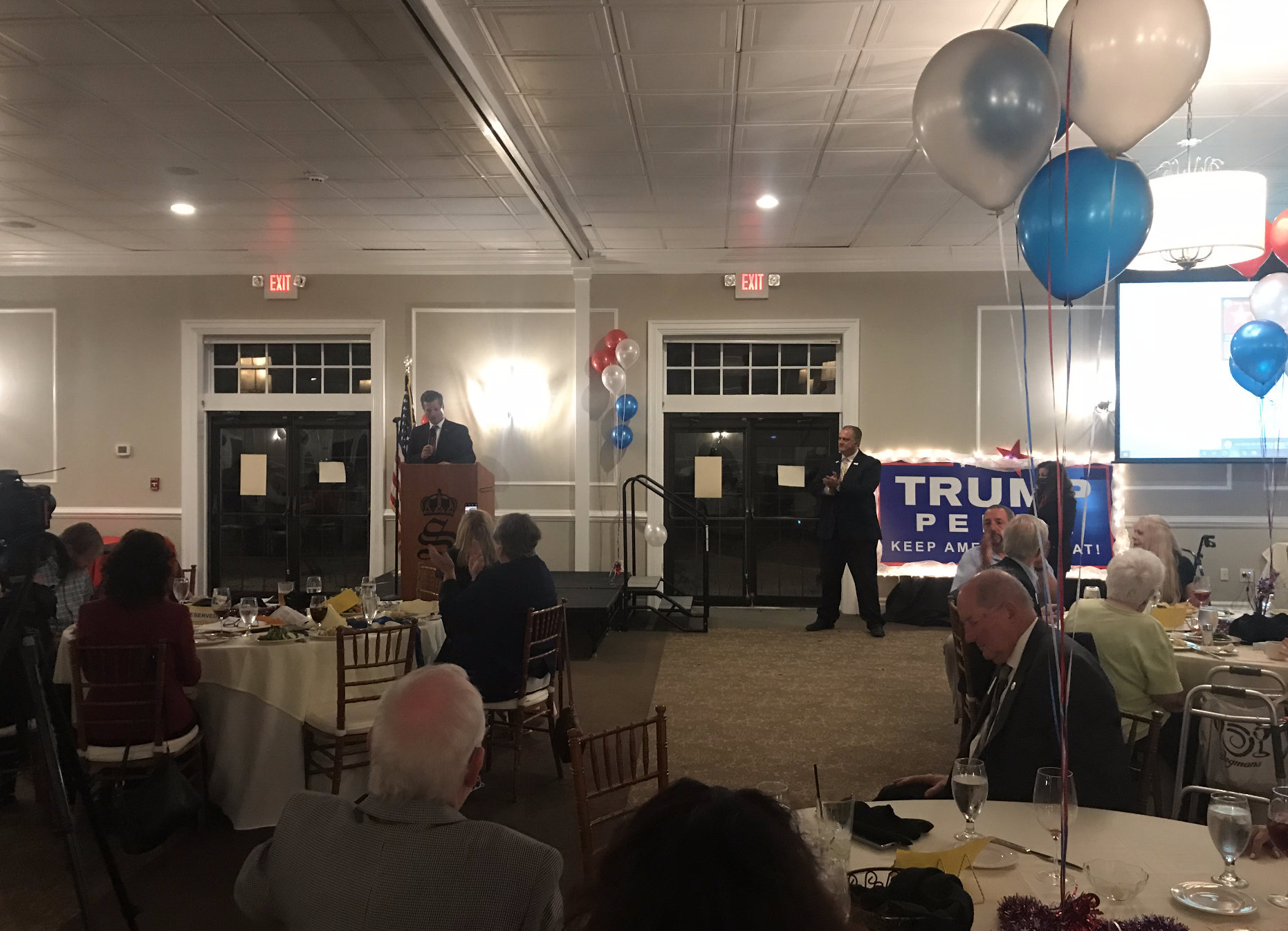 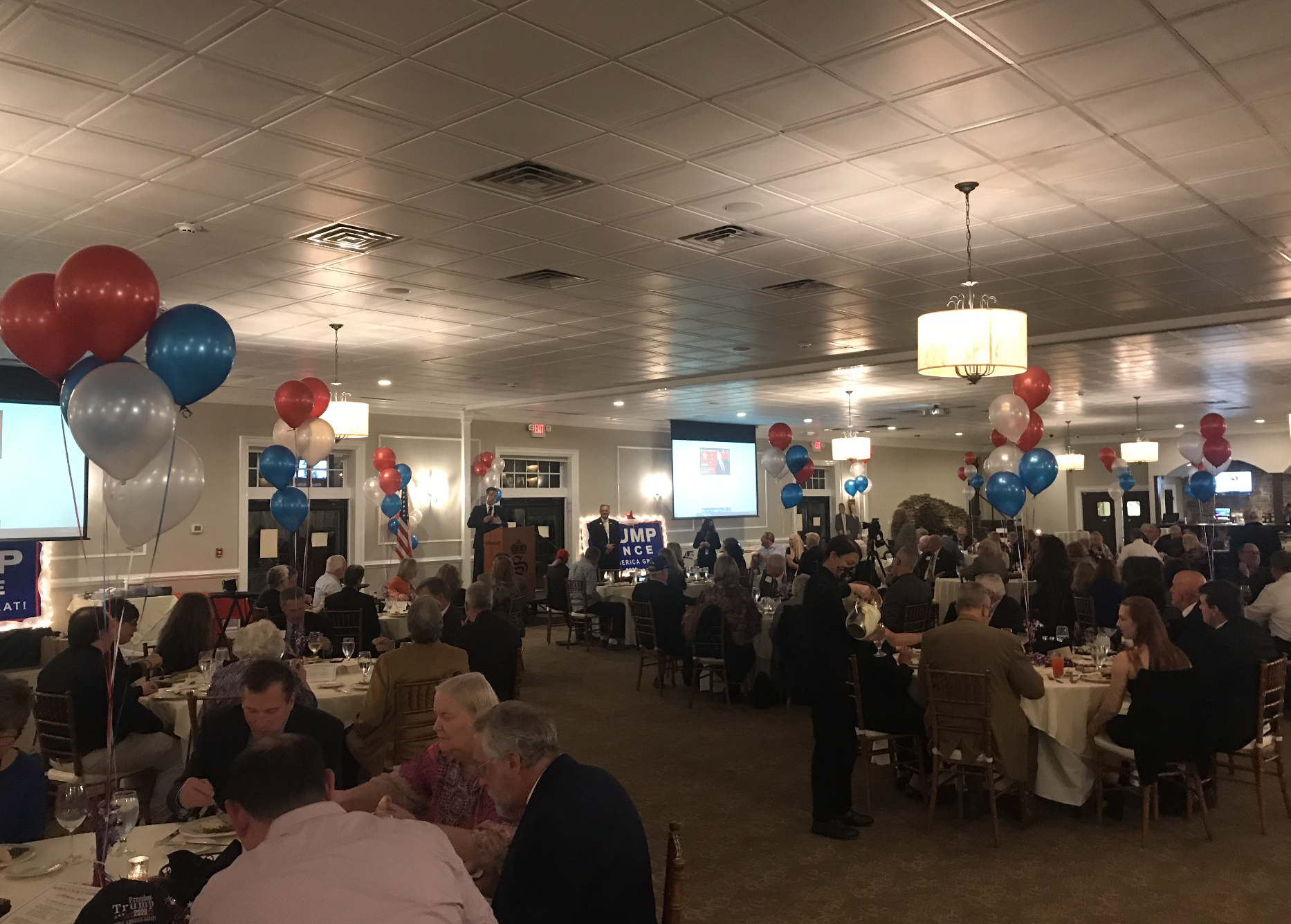 On Wednesday, I joined my friend and former White House Press Secretary and Communications Director Sean Spicer at the Lebanon County Republican Fall Dinner. Sean delivered an insider view of President Trump. Each guest also got a copy of Sean’s new book, Leading America, President Trump’s Commitment to People, Patriotism and Capitalism. I would encourage everyone to check out that book. Chairman Ed Lynch and the Lebanon County Republican Committee hosted a wonderful event. 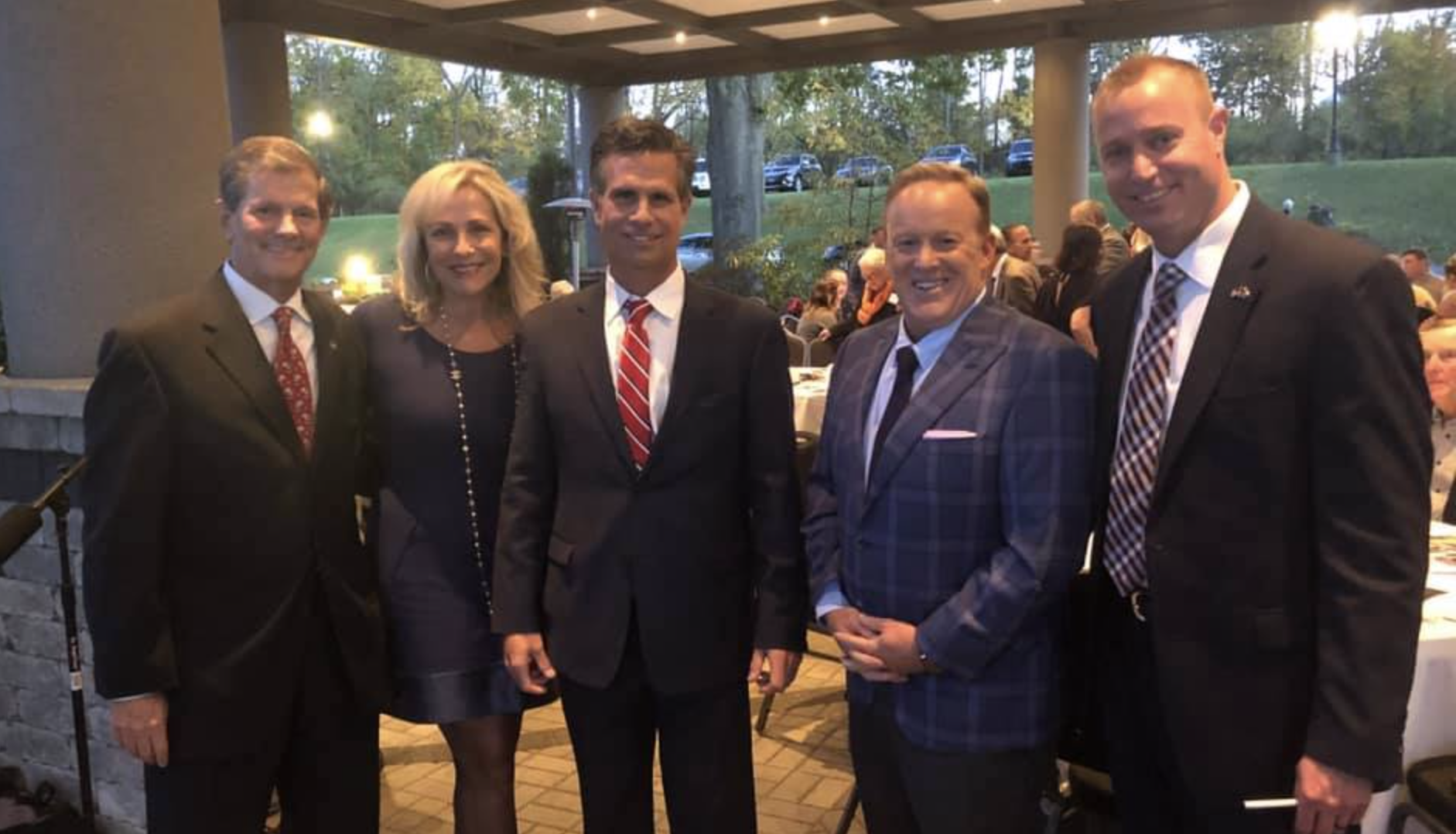 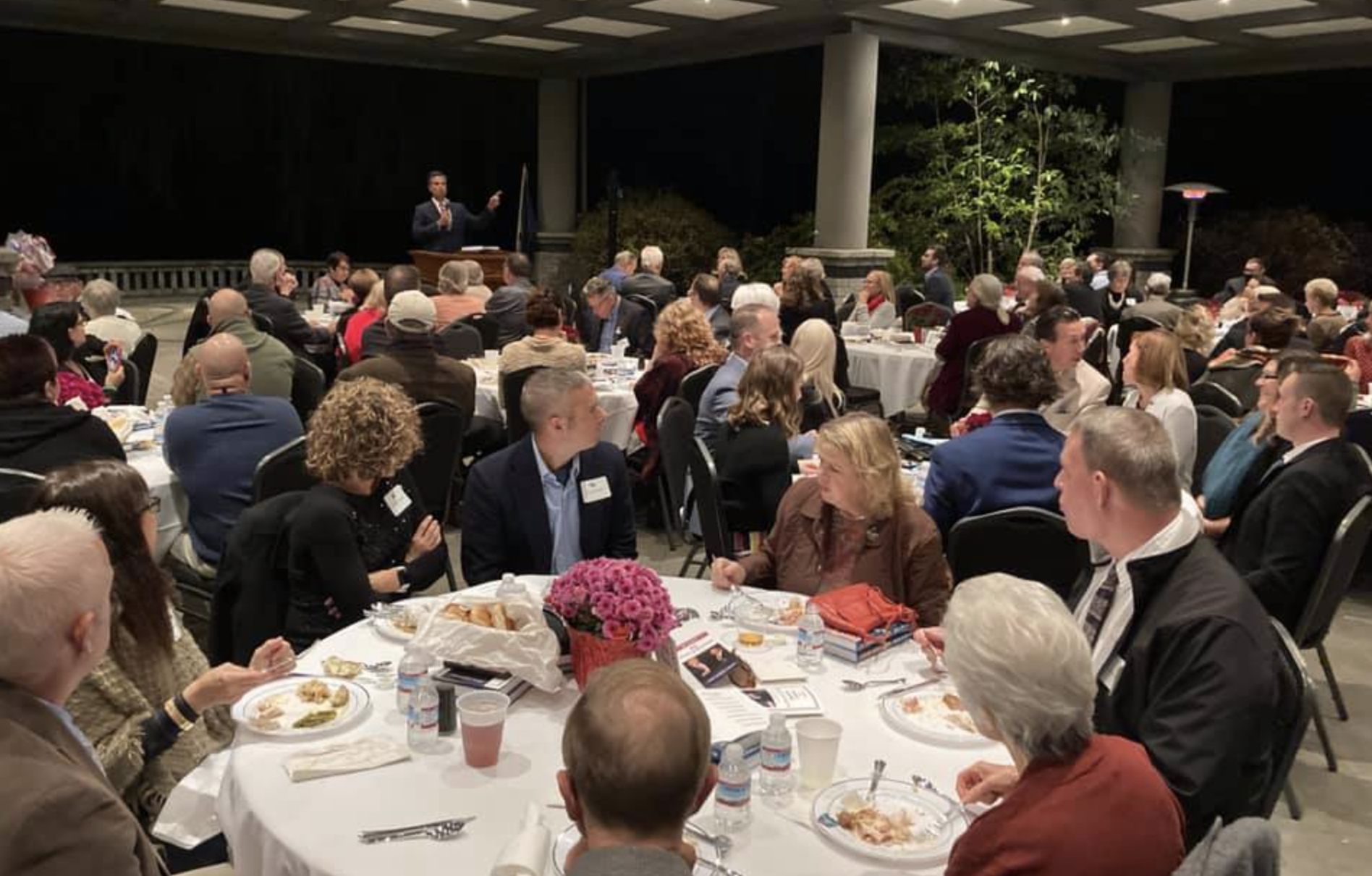 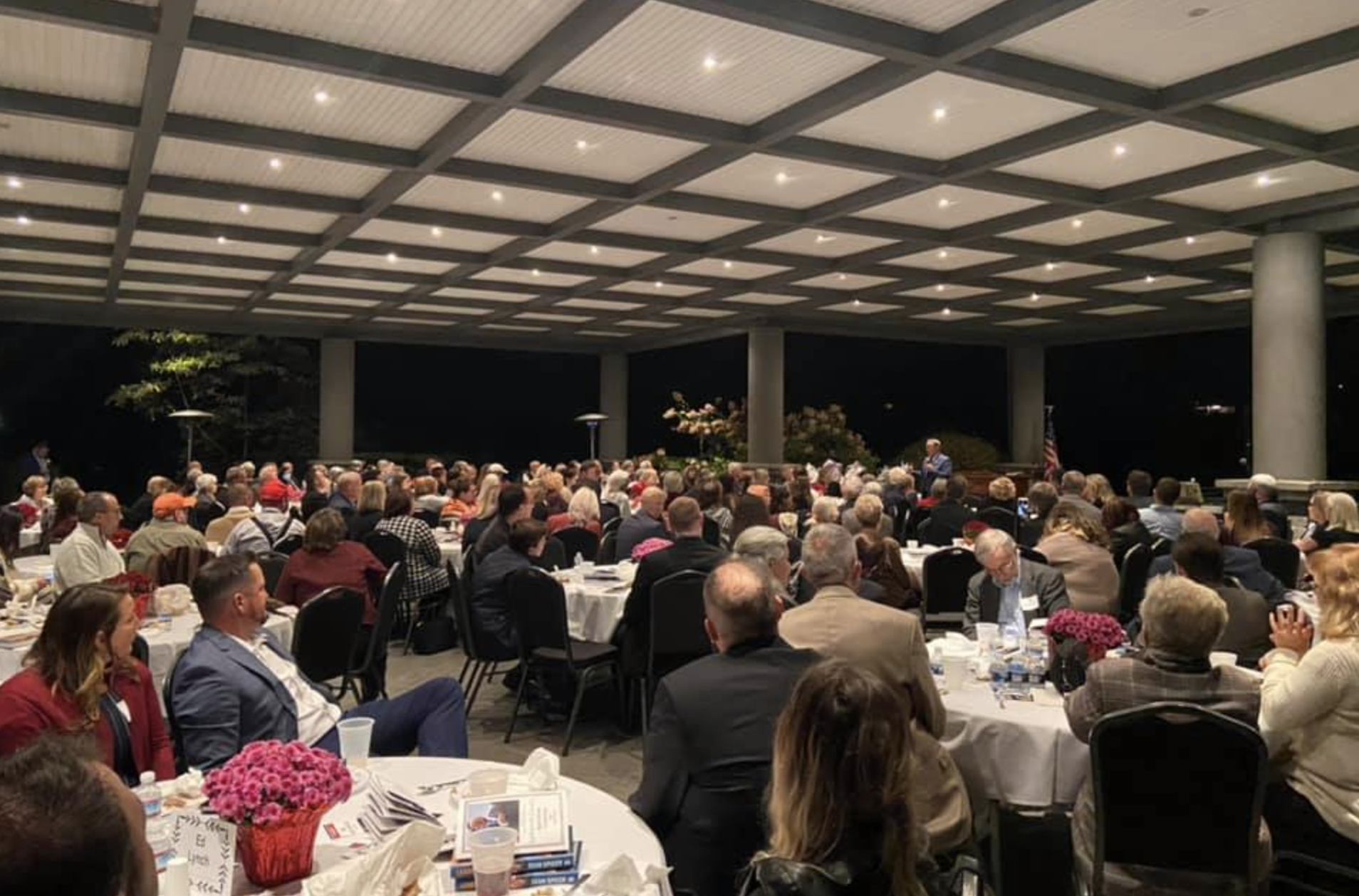 On Thursday, I met up with Vice President Pence’s nephew John Pence in Schuylkill County. Another tremendous event. The excitement and energy continue to build for the Trump-Pence ticket. 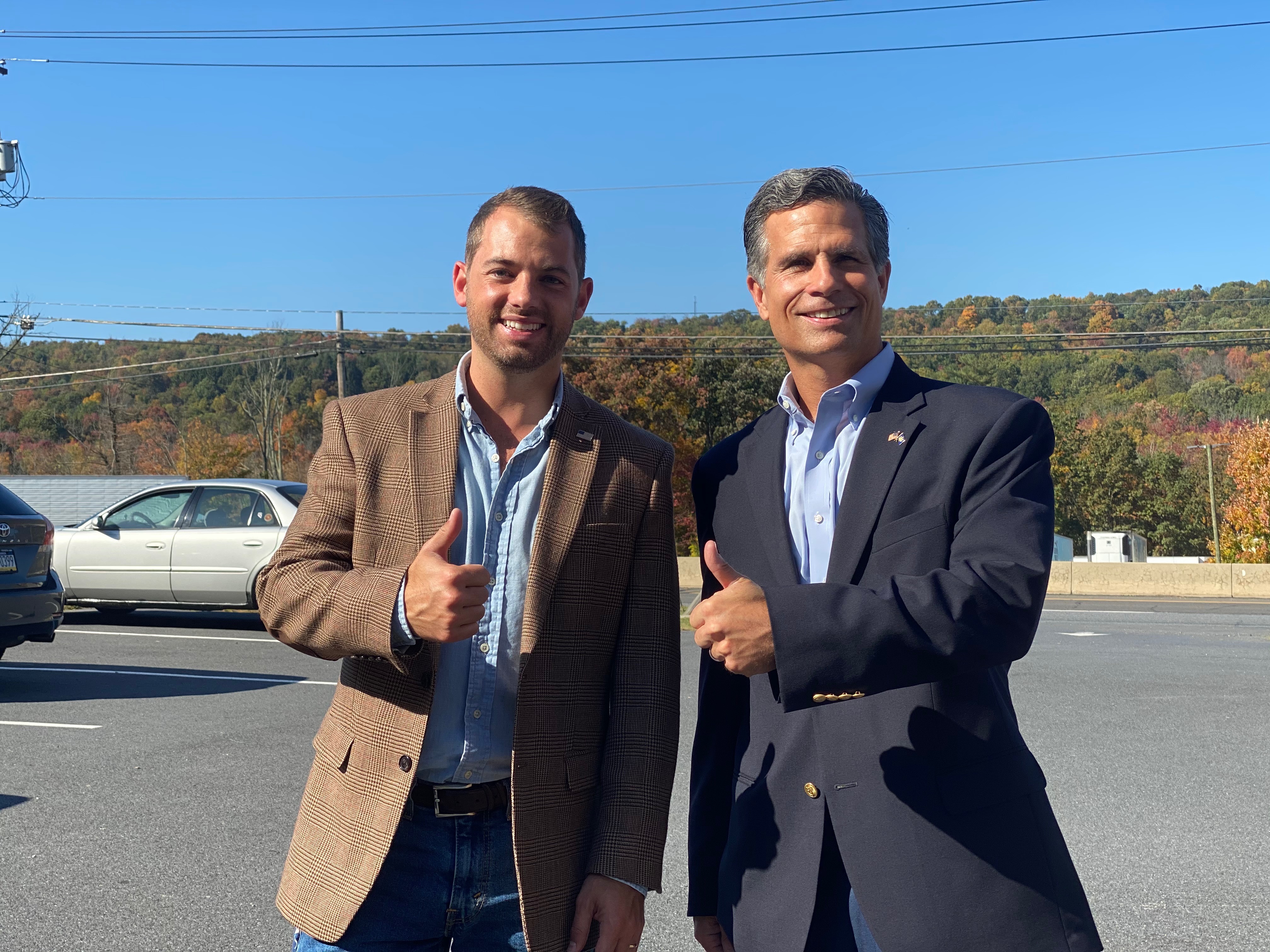 Later that evening, we held a tremendously successful fundraiser in Luzerne County. I want to thank everyone who supported our campaign, especially our many hosts. 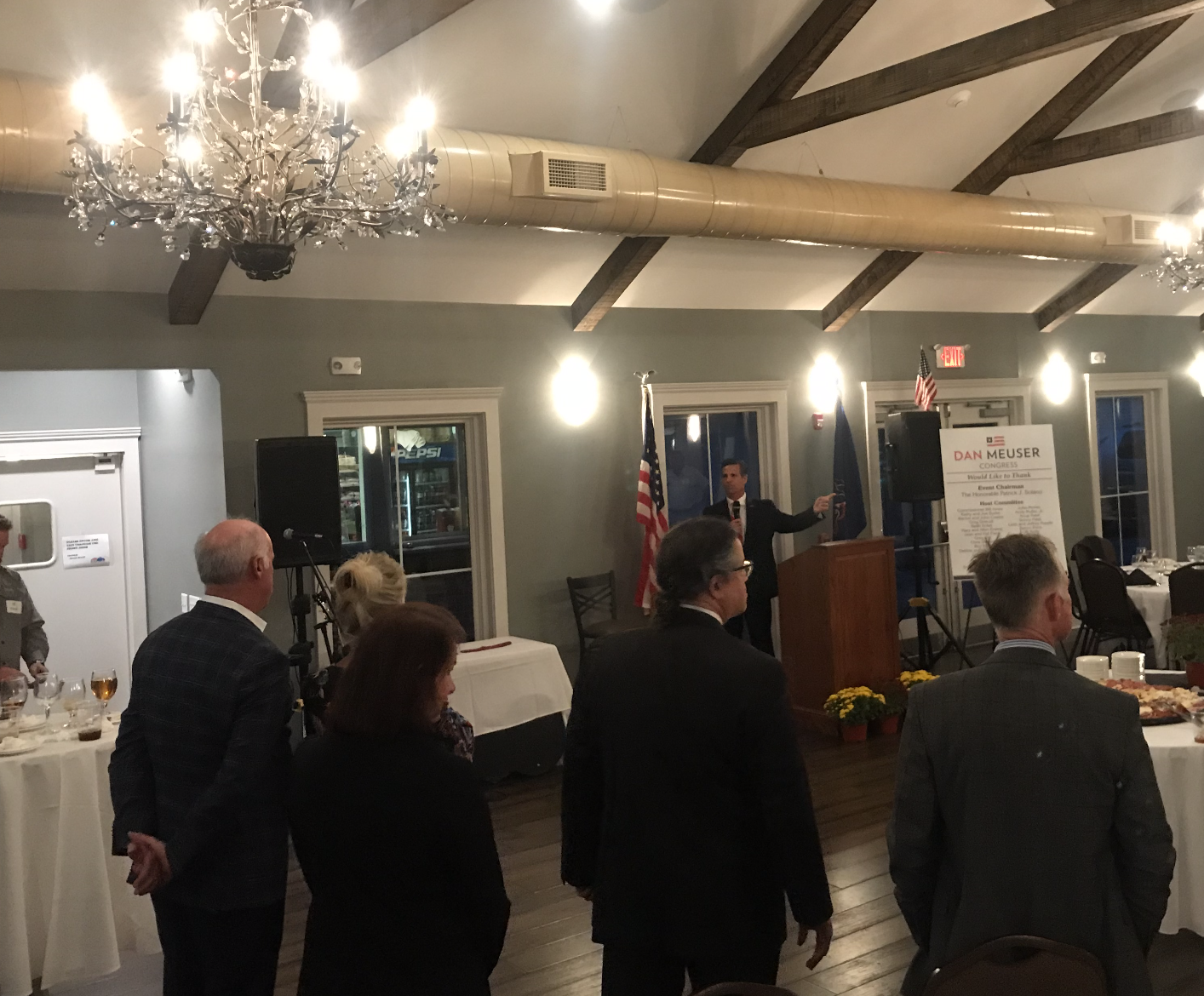 This week, I received the Friend of Farm Bureau Award from the American Farm Bureau Federation. Agriculture is one of the leading industries in Pennsylvania, providing thousands of family-sustaining jobs. Yesterday, we visited a number of family farms across the District. At each stop, we toured their facilities and conducted a roundtable discussion on the various issues impacting the agricultural industry. In Congress, I will continue to work for our farmers, ensuring a future filled with increased opportunity and prosperity for those who help feed America. We began our day with a stop at the J.C. Hill Tree Farm in Orwigsburg with owner Jeff Hill. At our second stop, we joined William Palmer at the WT Palmer and Son Beef Farm in Shartlesville. Our final stop was at Carl Weidler’s Dairy in Palmyra. 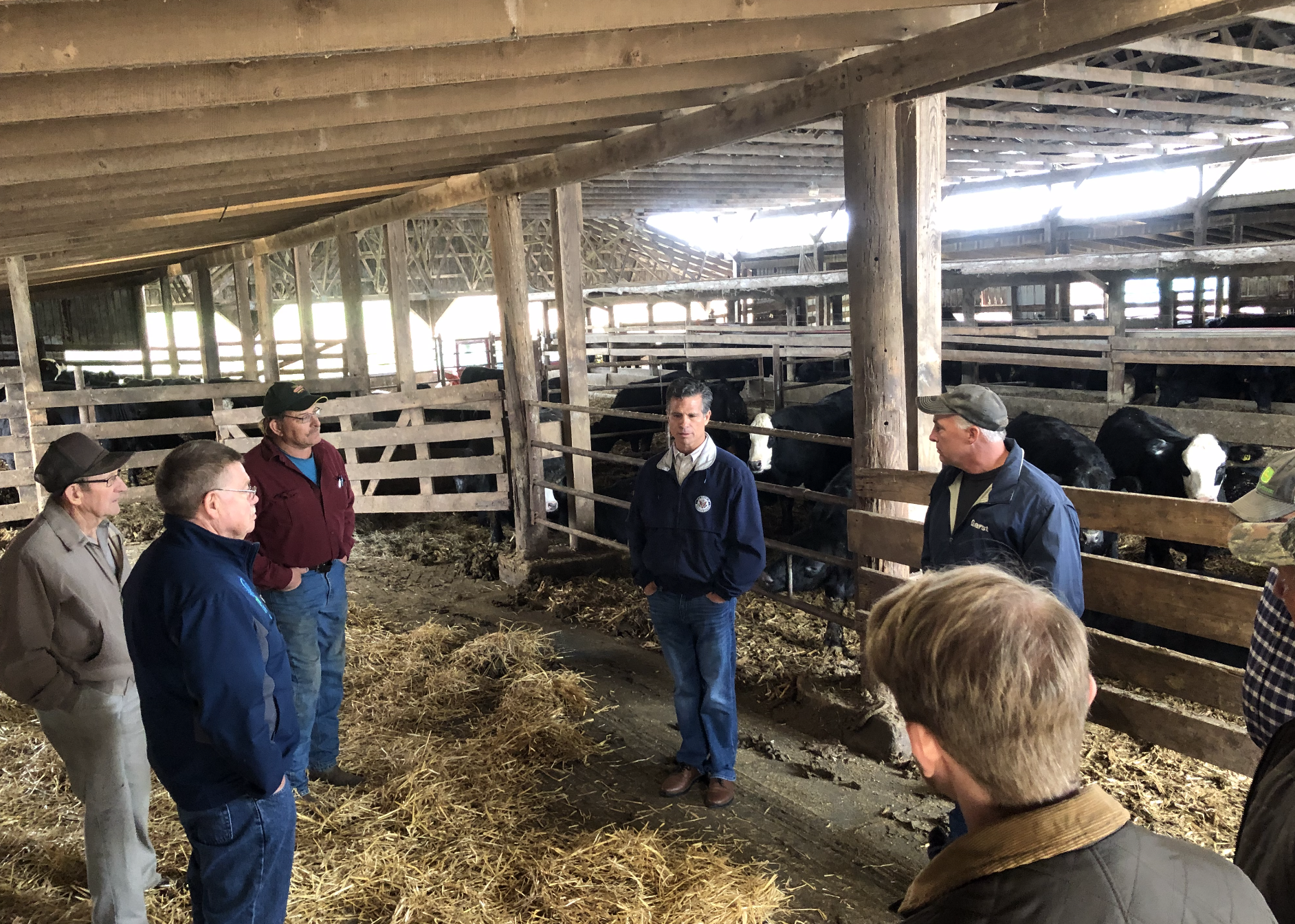 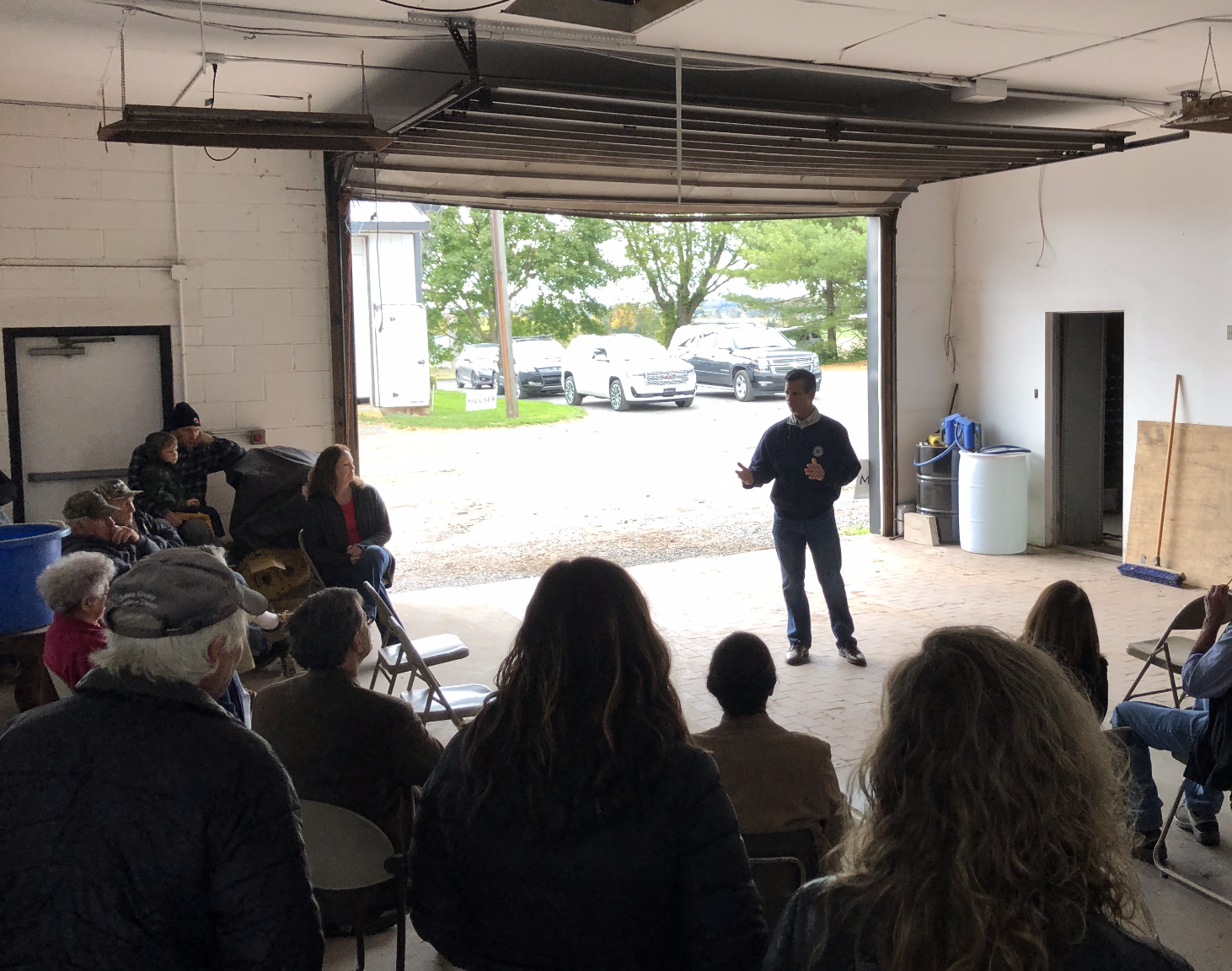 I want to thank all of our farm families for the work they do and for hosting these important roundtables today. Having an open line of communication and discussing these critically important issues helps to guide me as we make decisions in Washington to support our agricultural industry. I would like also to send out a special thanks to Mike Firestine, Chairman of the Pennsylvania AG Republicans for joining us on the tour as well as for his continued support, counsel and friendship.

As part of our efforts to reach out to voters prior to Election Day, we conducted candidate interviews on many of the local news stations. Click here or below to watch my interview on CBS-21. 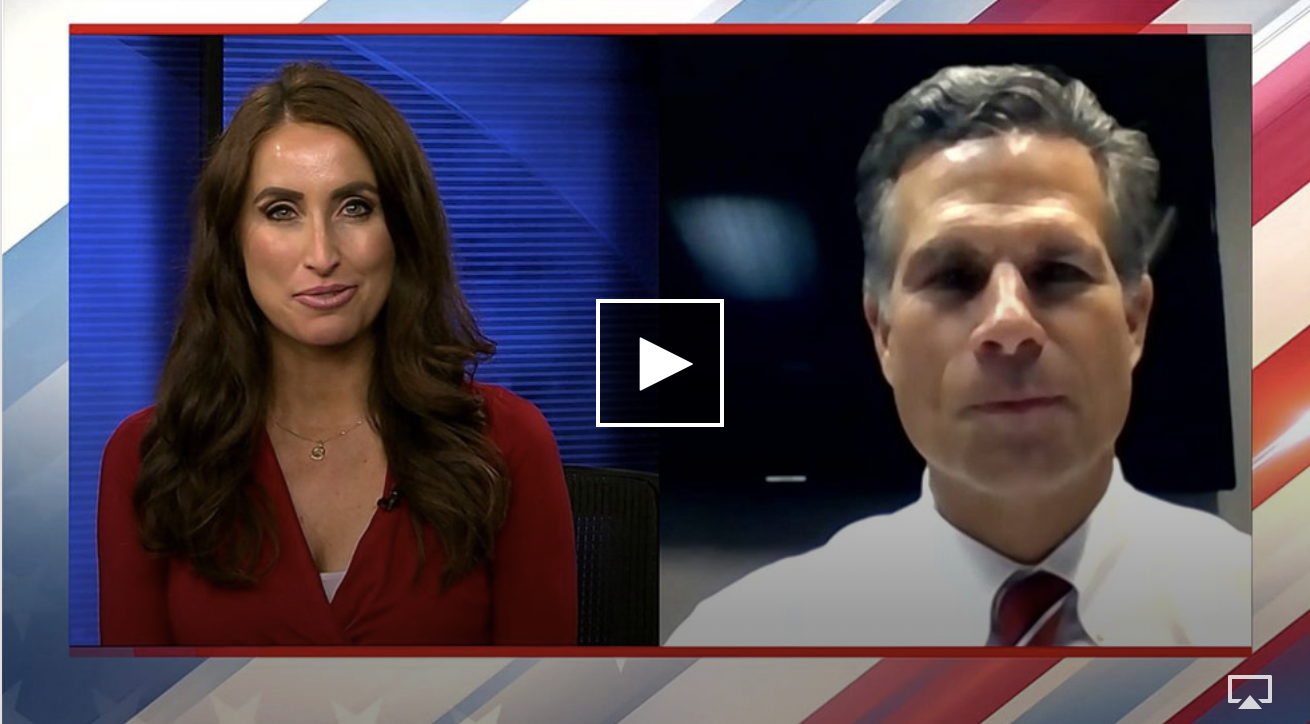 Click here or below to watch my candidate interview on Fox 43. 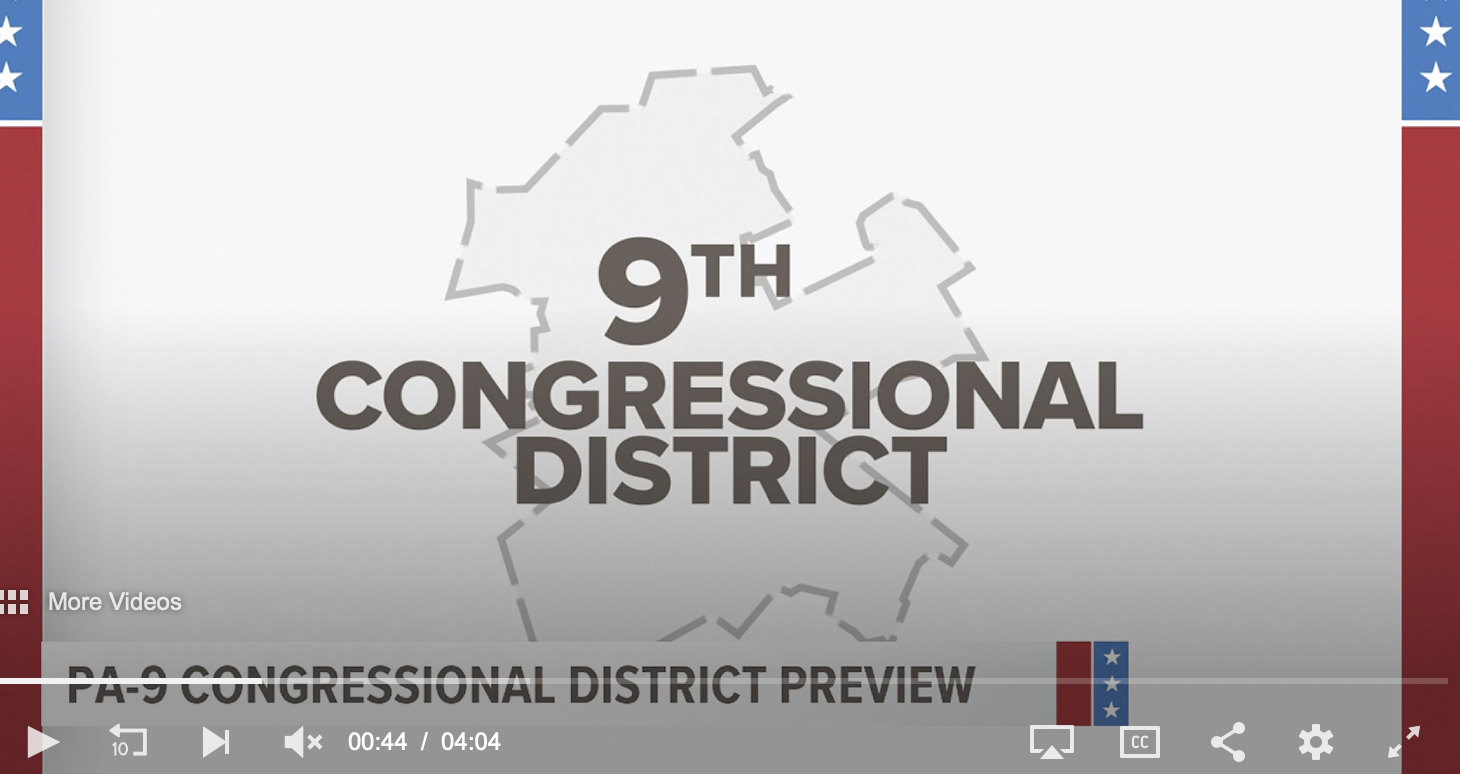 Our campaign also announced that we received the endorsement of the U.S. Chamber of Commerce.

Last but not least, earlier this year, I stood with Taste of Sicily in Palmyra who opened their doors in defiance of the Governor’s Covid-19 restrictions. Today, they successfully fought back against the excessive fines imposed on them by the government and won. A Judge found Taste of Sicily NOT GUILTY and they do not have to pay any of the ridiculous fines.

I fully support efforts to keep people safe, but the government should not force a small business to choose between operating safely to support your family or closing your doors forever.

The liberties guaranteed in the U.S. Constitution are not fair-weather liberties. They exist during good times and challenging times. 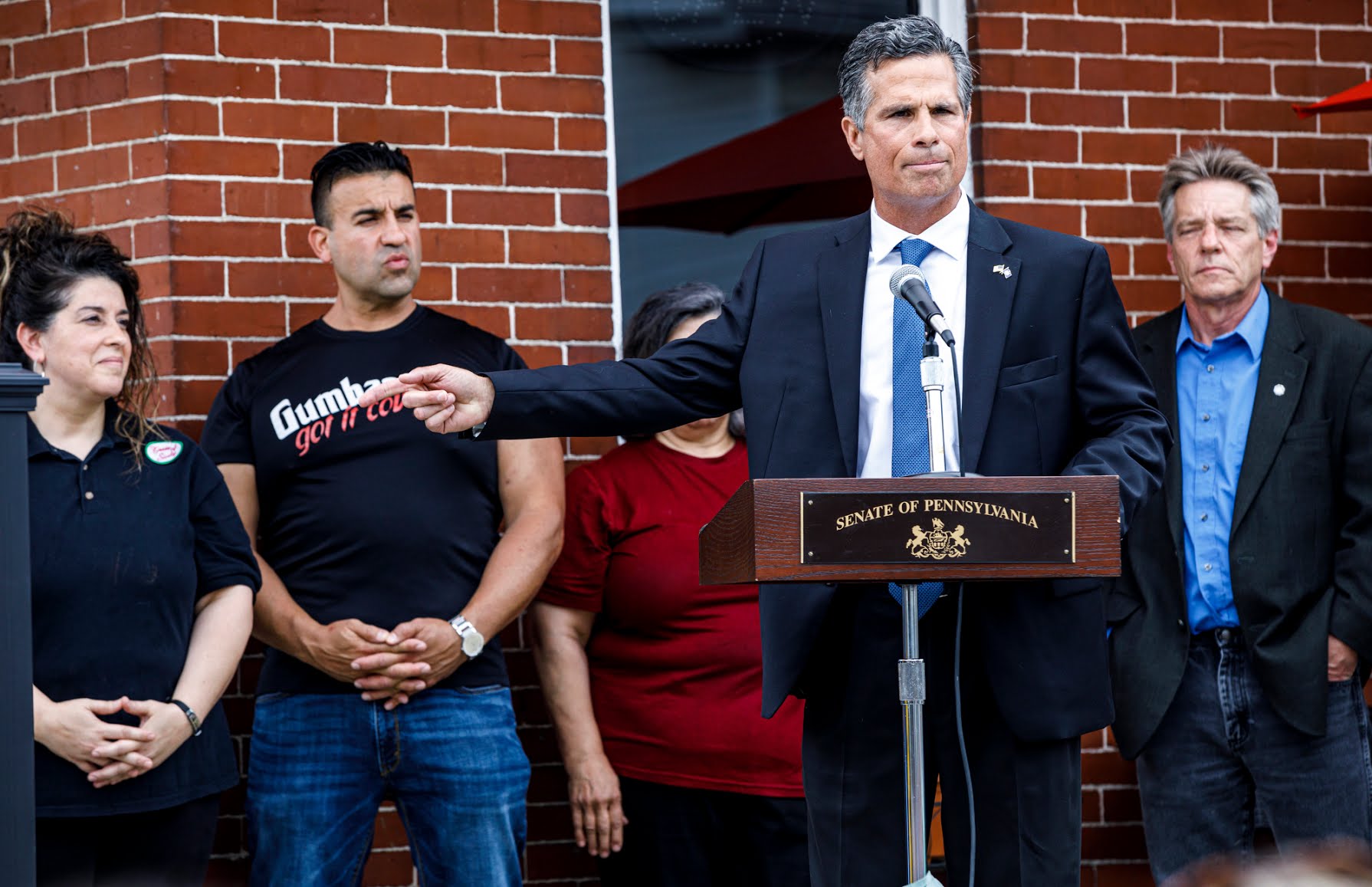 Thank you and I hope to see you soon,