As we approach the election, it’s crystal clear that the security of our nation is on the ballot… both from an economic and public safety perspective. While most of our country is plagued by record crime and our border crisis continues to worsen, our economy sinks further and further into a recession. The Biden administration and Biden Democrats would like Americans to believe it’s just bad luck or a coincidence that our nation is headed into economic peril. Still, the reality is that their policies drove us to this point. The combination of massive government spending, higher taxes, and an anti-American domestic energy policy have served as the catalyst for our nation’s economic issues.

Biden & the Democrats' Inflation Reduction Act has really become The Nation's Destruction Act. Their policies are ravaging the economy and wrecking family budgets. Democrats must focus on results and check their woke ideology at the door. I joined Newsmax’s “Wake Up America” to discuss the current state of the economy under Washington’s Democrat leadership. Click here or below to watch. 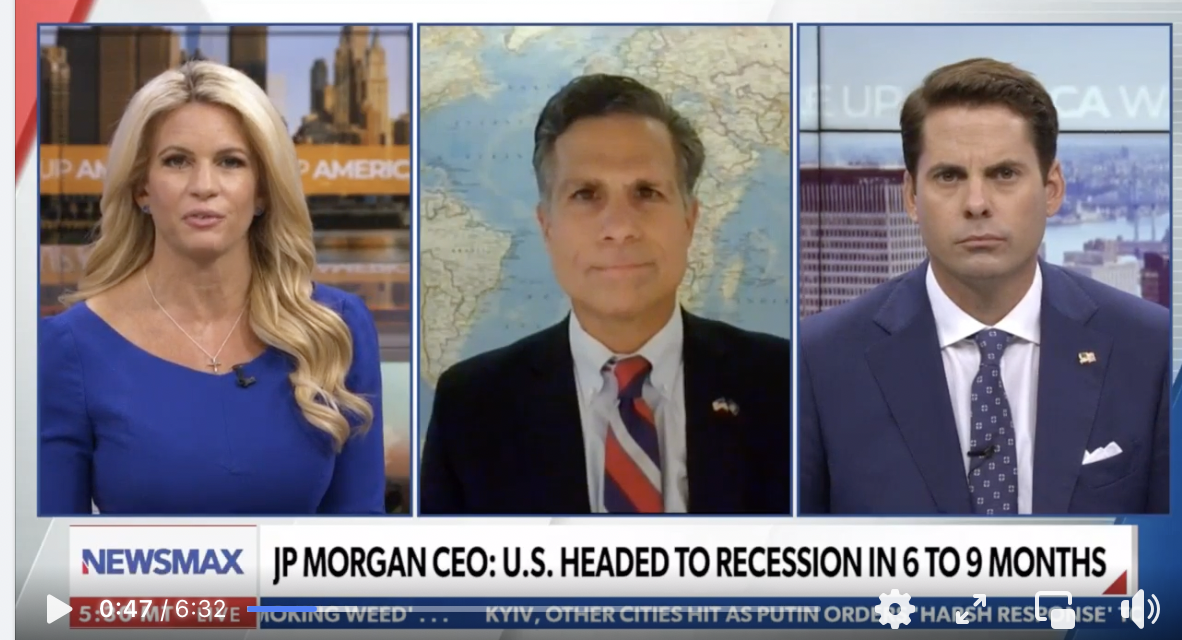 Later in the week, I joined “The Evening Edit” on Fox Business to discuss the dangerous fires occurring with electric vehicles in many areas around the nation. While electric cars may be fine for some in different areas of the country, they are not for everyone. Unfortunately, the Biden administration and the extreme left continue their attempts to force Americans to abandon our current vehicles, which operate on fossil fuels, for this costly option. I am not opposed to electric cars; however, I believe in the free market. We should offer both products and allow Americans to make their choice. Additionally, fires from electric vehicle batteries are dangerous and have proven challenging to extinguish. Click here or below to watch my interview. 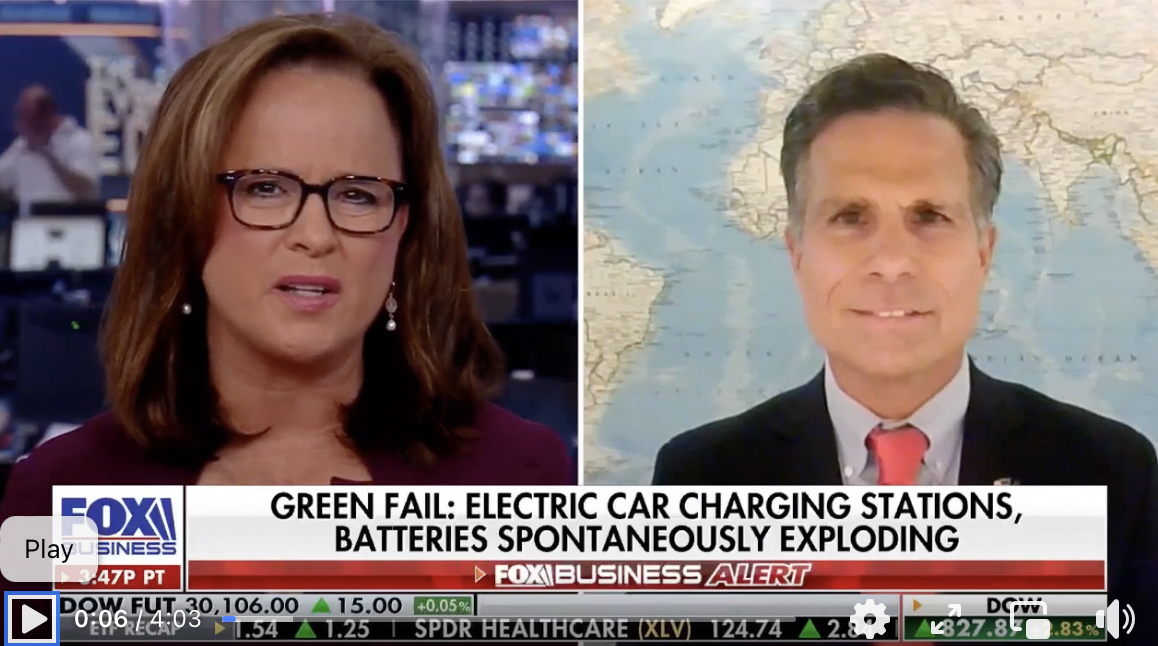 IN NEWS YOU WON’T HEAR IN THE MAINSTREAM MEDIA: The financial hit impacting Americans is growing due to the far-left policies of the Biden administration and the Biden Democrats… Mortgage Rates Rise, Debt Surges, And Household Wealth Plummets

Americans can’t afford the Biden administration’s economy. Even if inflation were to stop rising today, the Biden price hike would cost the average U.S. family over $8,739 in additional costs over the next year, according to the Congress Joint Economic Committee. The results have been devastating:

Again, this entire economic crisis, fueled by record inflation, is a creation of Biden and Biden Democrats. The Federal Reserve Bank of San Francisco found that Biden and Democrats’ $1.9 trillion ‘stimulus’ fueled inflation. Additionally, studies from the Tax Foundation, Penn Wharton, Moody’s, and the Congressional Budget Office all found that the Democrats’ so-called “Inflation Reduction Act” will either make inflation worse or do nothing to reduce it. The Tax Foundation concluded that the Bidenflation Scam Act will “worsen inflation, especially in the first four” years.

Are you frustrated like me? Then it's time to make our voice heard at the ballot box on November 8th.

As we approach Election Day, I want to highlight some of the great Republican candidates we have running across Pennsylvania. My friend, Lisa Scheller, is the first candidate I would like to highlight. Lisa is running for Congress in Pennsylvania’s 7th District, consisting of Carbon, Lehigh, Northampton counties, and parts of Monroe County. Lisa is a trailblazing engineer and philanthropist whose business acumen and personal experience make her uniquely qualified for Congress. She has been challenged and always persevered. The granddaughter of immigrants, Scheller, is the CEO of Silberline Manufacturing Co. which they founded. The company – which makes a key ingredient in paints and coatings that’s sent to 87 different countries – is the only woman-owned business of its type in the world. It is an incredible plant that I have personally toured.

On Monday, I joined Lisa as we worked to rally support for her candidacy. We were also glad to welcome Congresswoman Nicole Malliotakis and PA State Treasurer Stacy Garrity. (Pictured below) 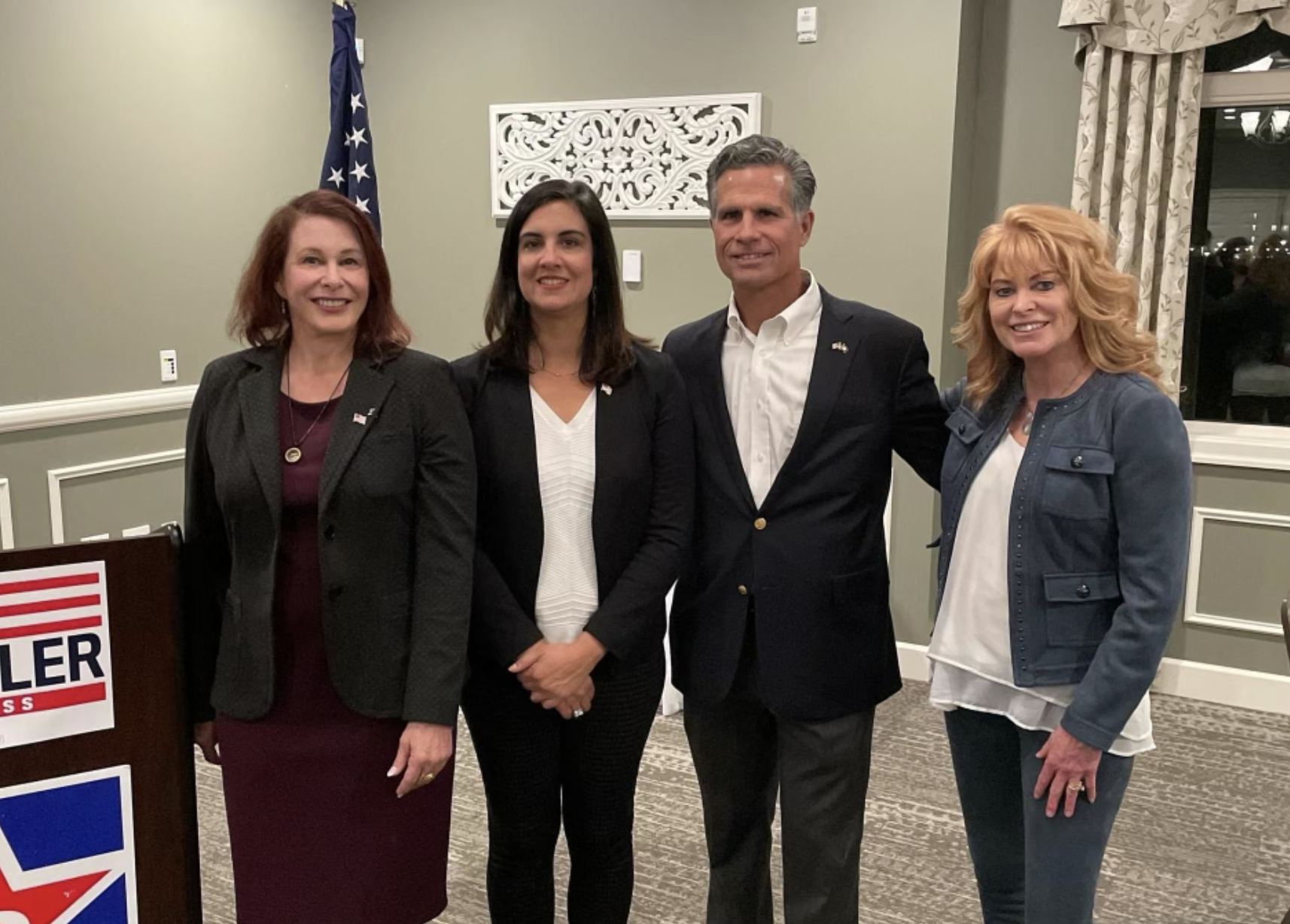 I encourage you to learn more about Lisa’s campaign by clicking here.

I had a great opportunity to tour Bell & Evans’ new $360 million poultry plant in Fredericksburg, Lebanon County. We were hosted by President and owner Scott Sechler Sr. This facility opened in 2021 and is the world's most innovative poultry plant. It was named 2022 Food Plant of the Year by Food Engineering for its innovations, automation, and high scores in all categories, including team member welfare, animal welfare, product safety, quality, and sustainability. Mr. Sechler has spent the last 35 years transforming how poultry is produced in America. Bell & Evans has created the highest standards in the industry, and they produce the most superior quality poultry available. (Pictured below with Scott Sechler Sr. and our good friend State Sen. Chris Gebhard) 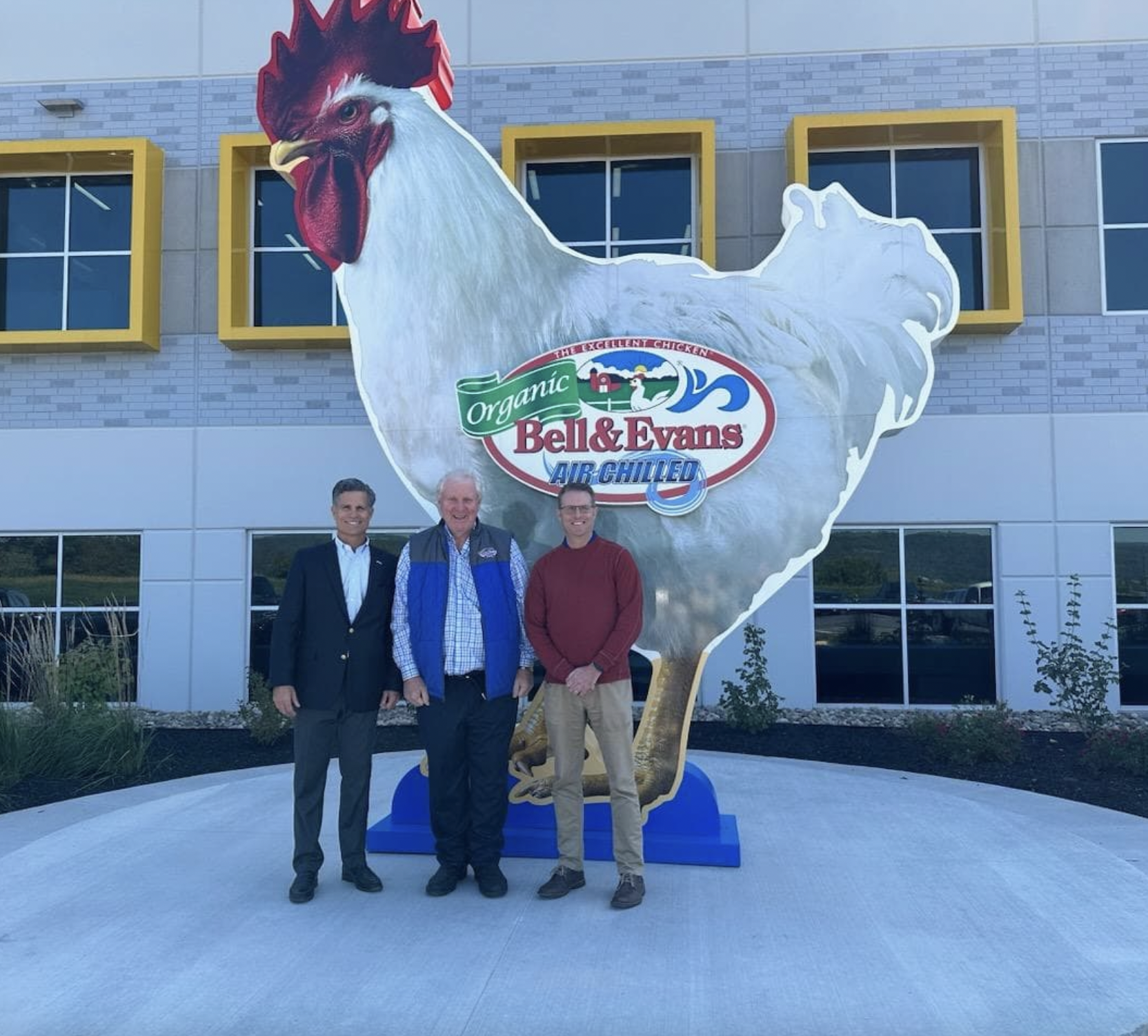 Later, I joined the Luzerne County Republican Women’s Council for their meeting. This is a great group that happens to include my lovely wife, Shelley, who serves as the Vice Chair. 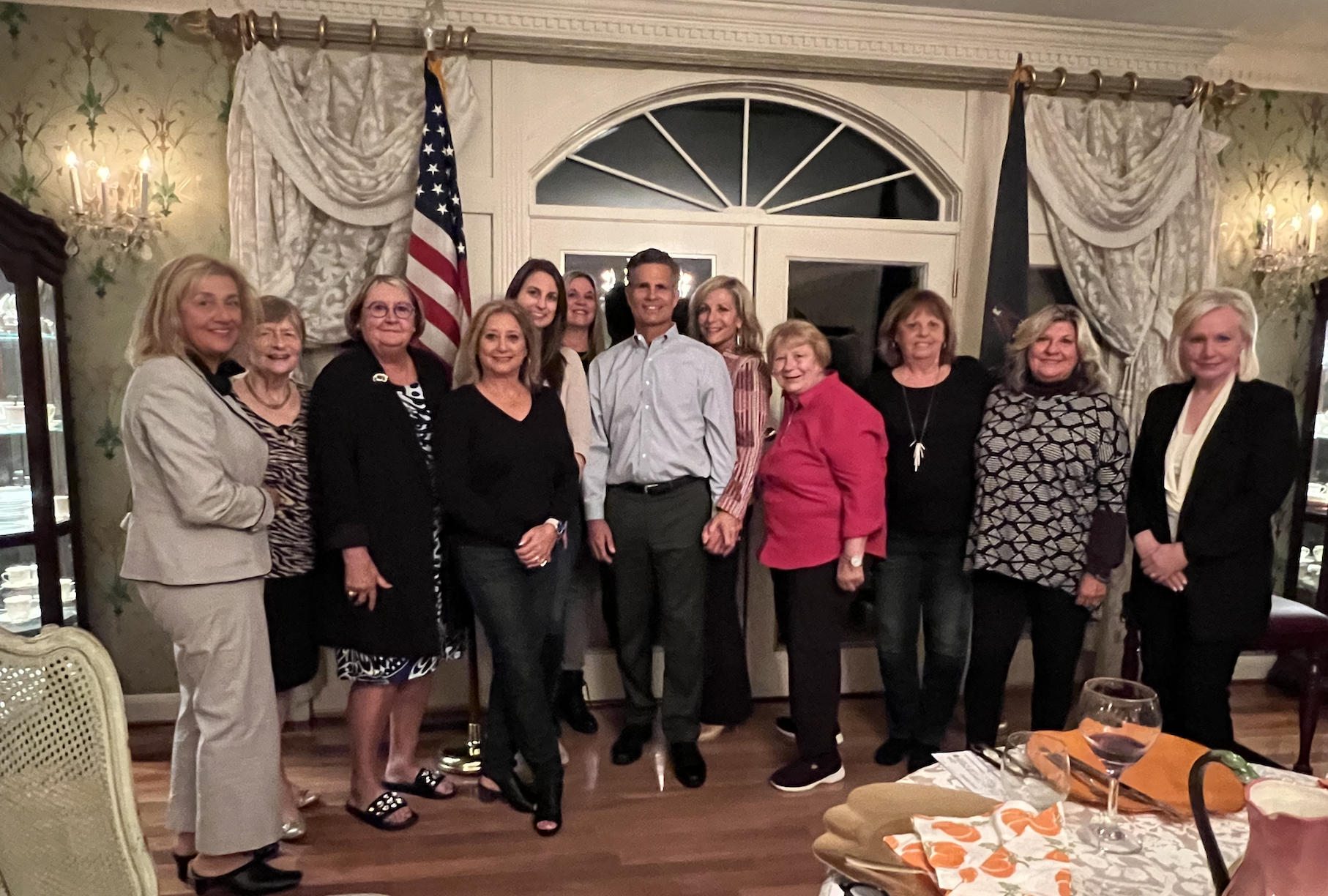 Our campaign held a very successful fundraiser at the Jack W. Rich car museum hosted by many great friends, including Brian and Val Rich, Michael and Joannie Rich, and John Rich, to name a few. It was a great evening with so many incredible people, and I am thankful to the Rich family and for everyone’s support. 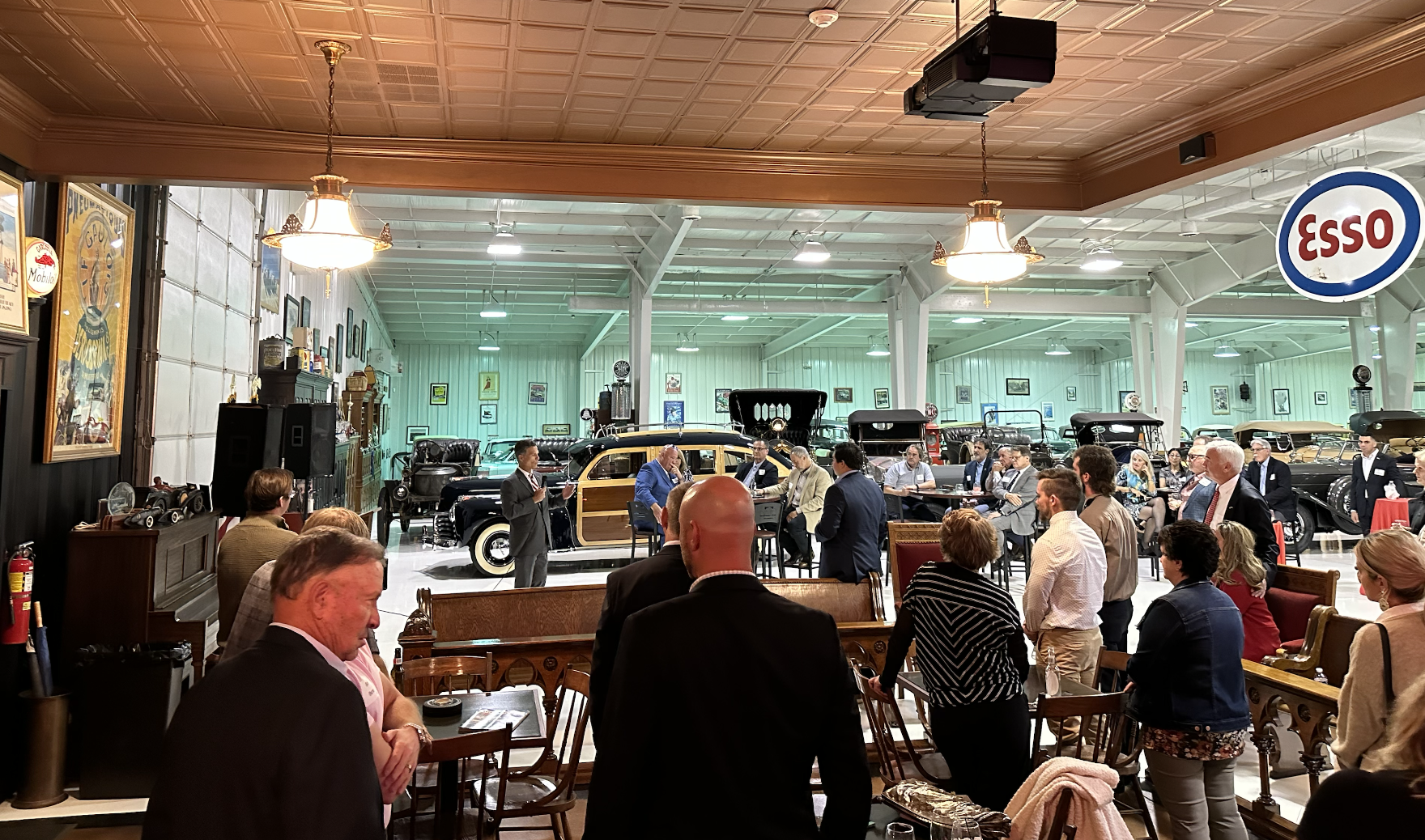 On Friday, I joined Dennis Owens at ABC 27 to discuss various topics in their studio in Harrisburg.

Election Day is only 22 days away. There is much at stake. The economy, the border, national security... everything Biden and his Democrat backers have touched, they have made worse for America.

There is only one solution. First, we must win back U.S. Congress and retire Speaker Nancy Pelosi once and for all. Next, we must elect Dr. Oz to the U.S. Senate and Doug Mastriano to the Governor's office. Finally, re-electing strong Republican majorities in Harrisburg is critical. Electing Republicans is our path to restoring an agenda that puts both America and Pennsylvania First. So please tell your family, friends, and neighbors to get out and vote. We need a RED WAVE on Tuesday, November 8, 2022.