While the U.S. Senate pushed through a deal to increase the debt ceiling for a few months, much of the conversation in Washington continued to center on the Democrat’s big government reconciliation package. It's impossible to negotiate a long-term deal on the debt ceiling without knowing the true cost of the increased spending Biden and the Democrats are attempting to implement. Unfortunately, the mixed messages from the Biden administration are making this more difficult to pin down. While the administration is requesting an increase of $3.5 trillion to the debt ceiling to handle the increased spending, Biden tells the American people the reconciliation plan costs nothing.

While the Democrat Party remains split on how much they should spend on the reconciliation bill, no one is asking the right questions… what is in the bill and what are we trying to accomplish. This bill is truly a discussion about America’s future. Do we want big-government socialism or free-market capitalism? Full stop. End of sentence. Period.

If we follow the facts, it is clear our nation does not need another stimulus plan. After all, our federal government spent $5.6 trillion last year, in a bipartisan manner, to bolster the economy during the first stages of the pandemic. We have allocated $1.9 trillion since Biden has been in office. Most of that money has not been spent.

The truth is the reconciliation plan is unneeded, and the economy is hot and flush with cash. The Biden-Democrat plan will serve to diminish workforce availability further. But the Biden Administration has chosen to back the far-left agenda of the Democratic Party. He is willing to do so even at the expense of the transportation and infrastructure deals he helped to negotiate in a bipartisan matter. 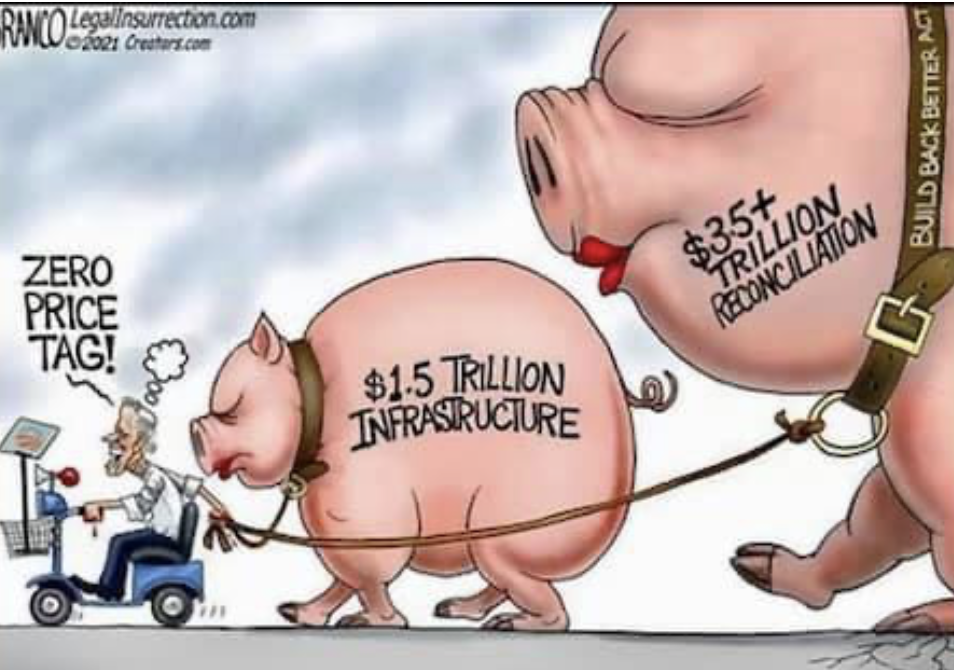 I joined Newsmax to discuss the Biden-Democrat reconciliation bill. Click hereor below to watch. 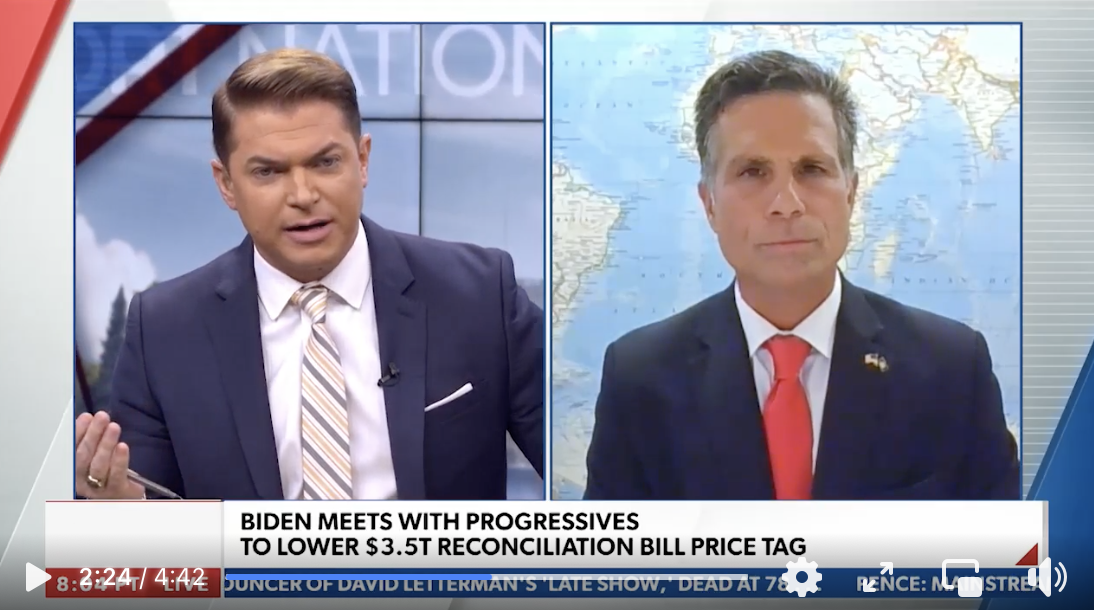 According to a Quinnipiac University poll, Biden’s approval rating has plummeted to a low of 38%. It's not surprising, considering some of the recent issues our nation is facing. But, most alarming is that 55% of Americans believe Biden is “not competent” in running the government. 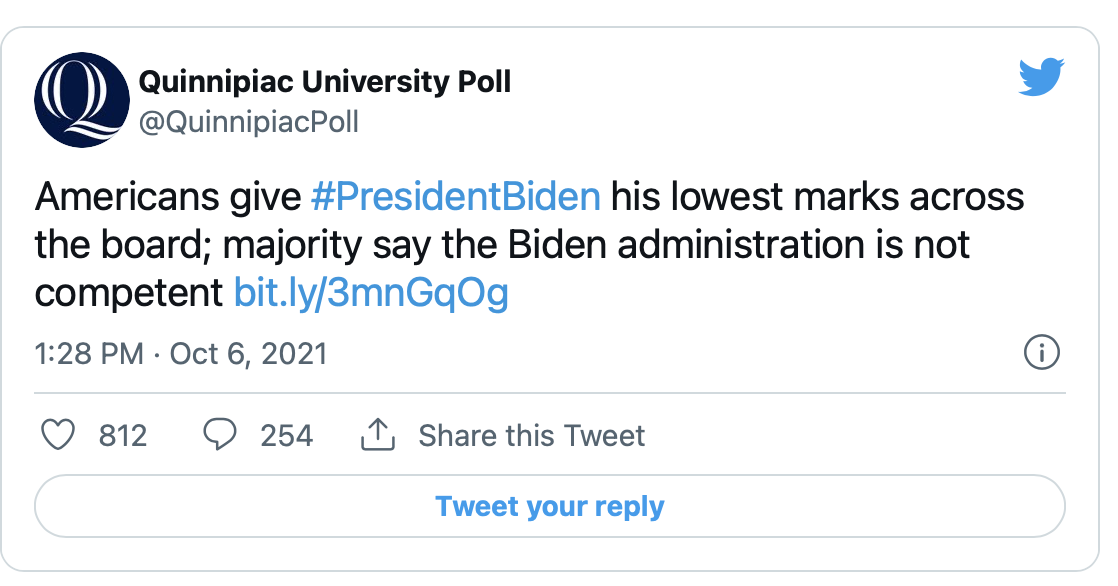 One of the issues that drove many Americans to question the leadership of the Biden administration was the disastrous withdrawal from Afghanistan. This week, I spoke to former Trump administration officials, General McMaster and Ambassador Crocker, about the importance of and lack of transparency and accountability concerning Biden's disastrous withdrawal of troops from Afghanistan. What is clear from our discussion is that the Biden administration ignored the intelligence on the ground. Click here or below to watch our discussion.

IN NEWS YOU WON’T HEAR IN THE MAINSTREAM MEDIA: The Labor Department announced that September’s jobs creation came up woefully short.

This jobs report is deeply troubling, especially at a time that many employers are desperate to hire. Traveling through the commonwealth, “Help Wanted” signs are hanging in nearly every window. Meanwhile, nearly 7.7 million Americans are unemployed. If you do the math, this adds up to another self-inflicted crisis for the Biden administration.

It is important to note that 16 of the top 20 states recovering from the pandemic are led by Republican governors. This illustrates that the states who are winning aren’t following the broken Biden-far left agenda. Pennsylvania is unfortunately again not ranked in the top half of states recovering economically. States who follow failing states with failing plans are doomed to fail. We need to model our commonwealth off winning policies and winning agendas. Once that happens, we will prioritize the needs of Pennsylvania’s hardworking families so that they have access to well-paying, quality jobs.

This was a great week traveling the District, and I always enjoy traveling around and seeing so many of you.

We addressed the Schuylkill County Farm Bureau at Leiby’s restaurant in South Tamaqua. 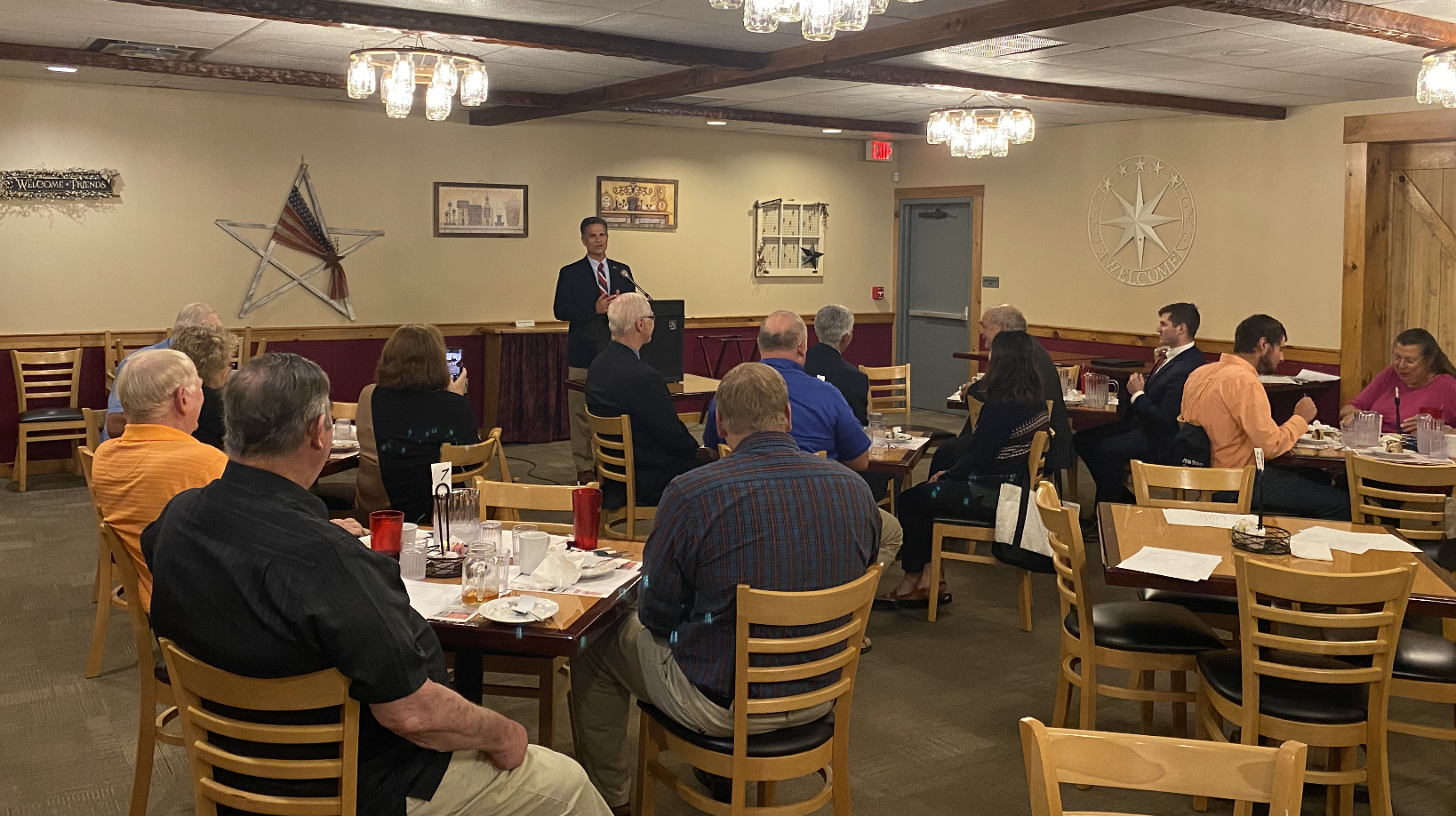 We also meet with Columbia County Farm Bureau at the Morris Family Restaurant in Bloomsburg. 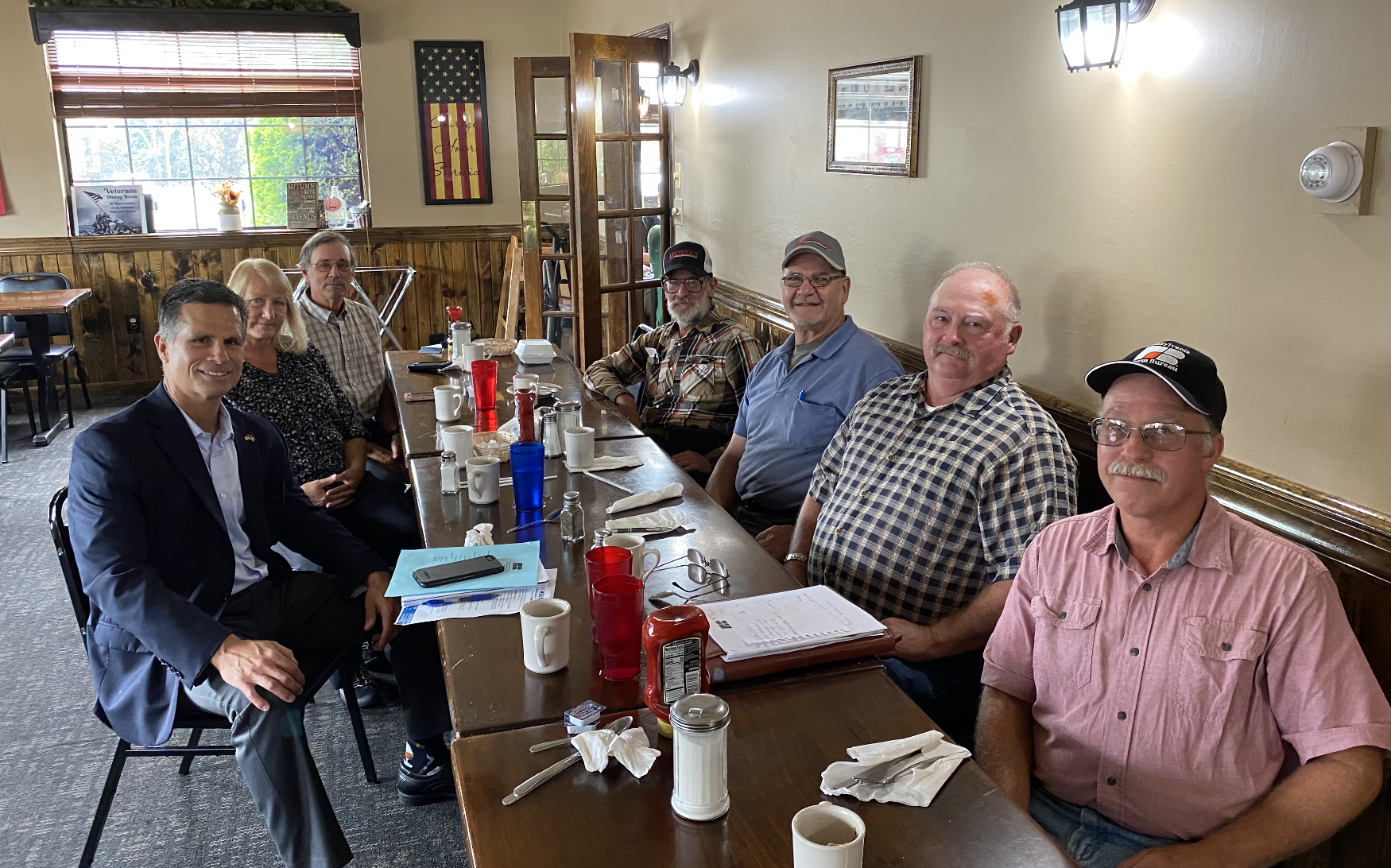 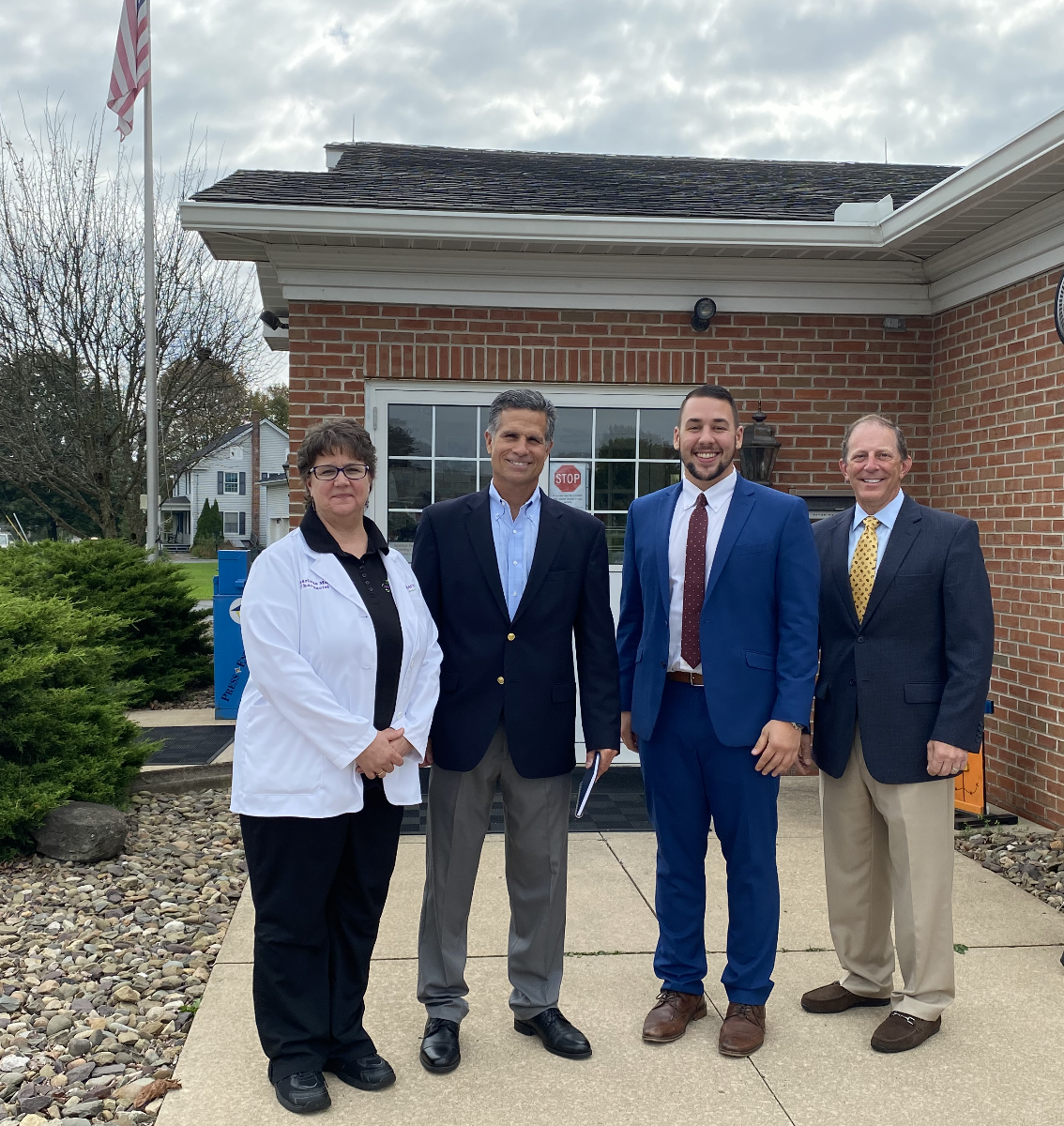 We were fortunate to visit Martz technologies in Berwick, where we met with the owner and President Greg Martz and Vice President Kelly Betz. There, we discussed creating jobs and advancing the infrastructure of local municipal facilities through federal grant programs. (Pictured below with Greg Martz and Kelley Betz) 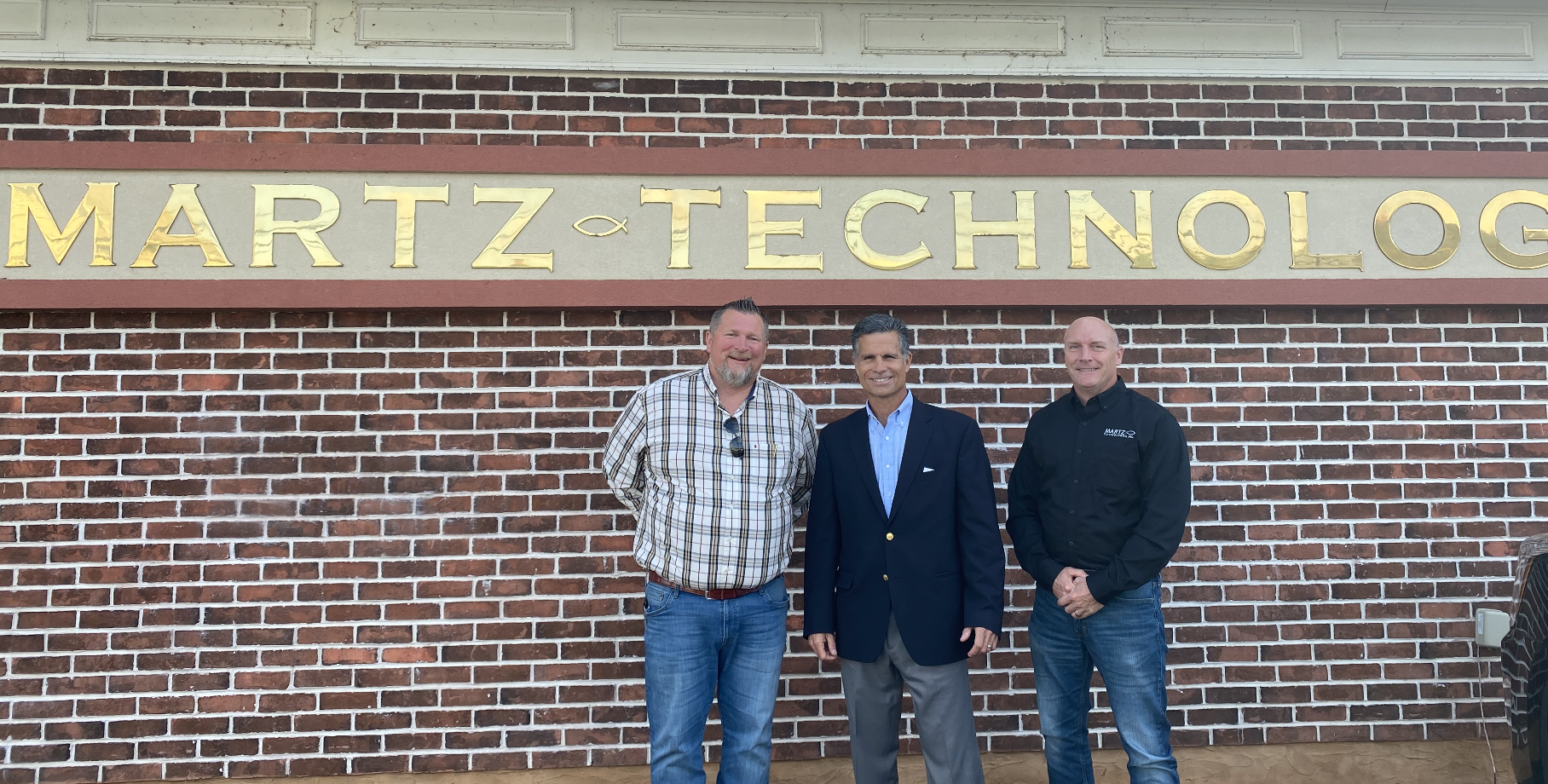 Yesterday, Shelley and I attended the Pottsville Block Party. It was a fun time and we got to meet so many great people. 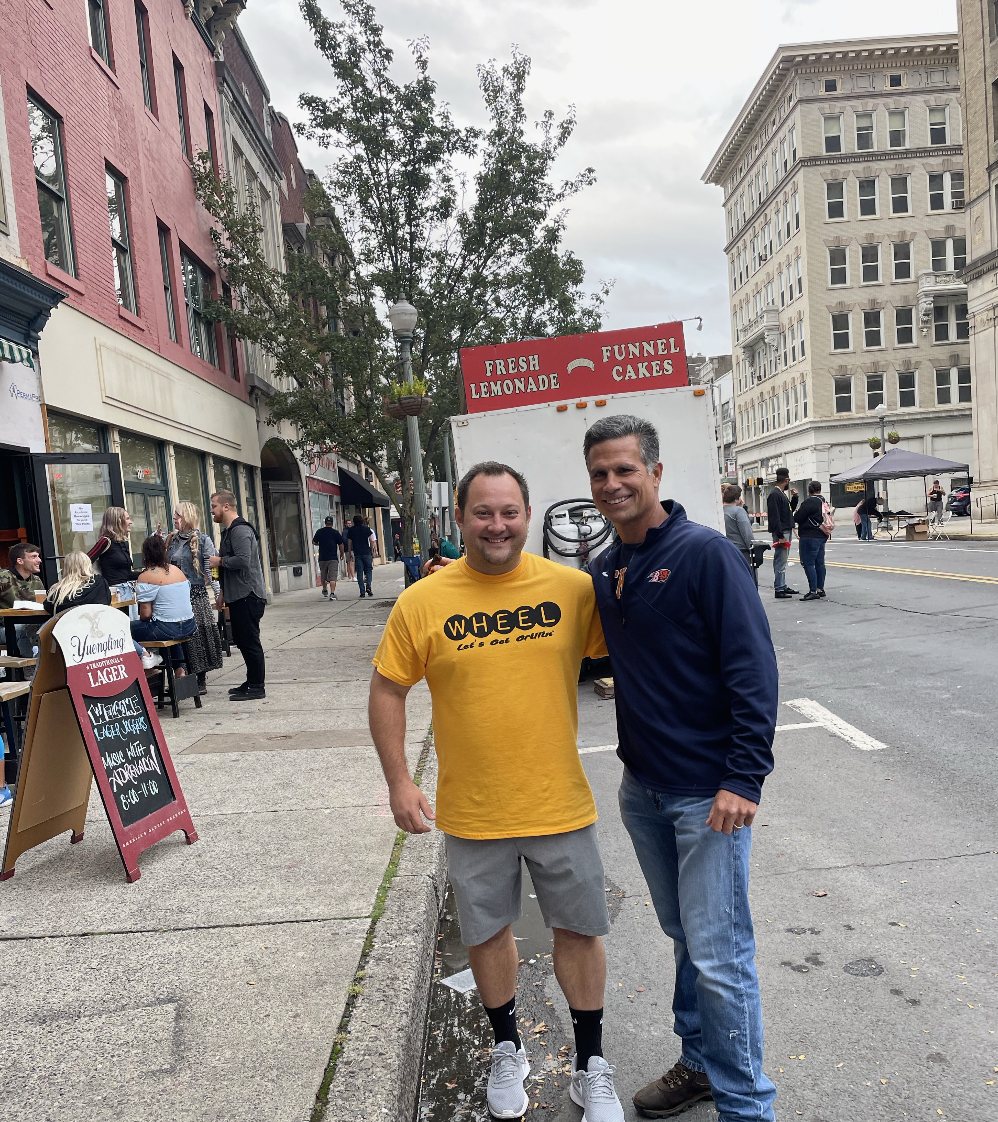 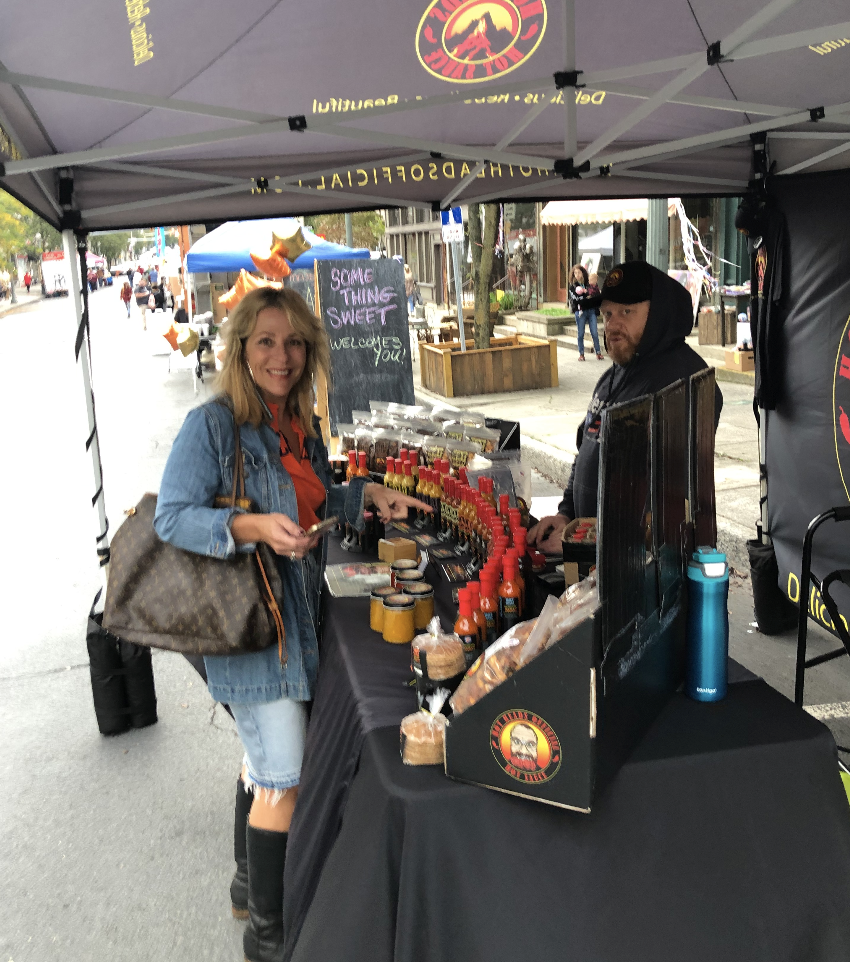 On Monday, we attended the Berks County GOP Fall Dinner. It was a great event, and I want to thank Chairman Clay Breece and all those who organized the event with guest speaker Matt Schlapp. (Pictured below with Matt Schlapp) 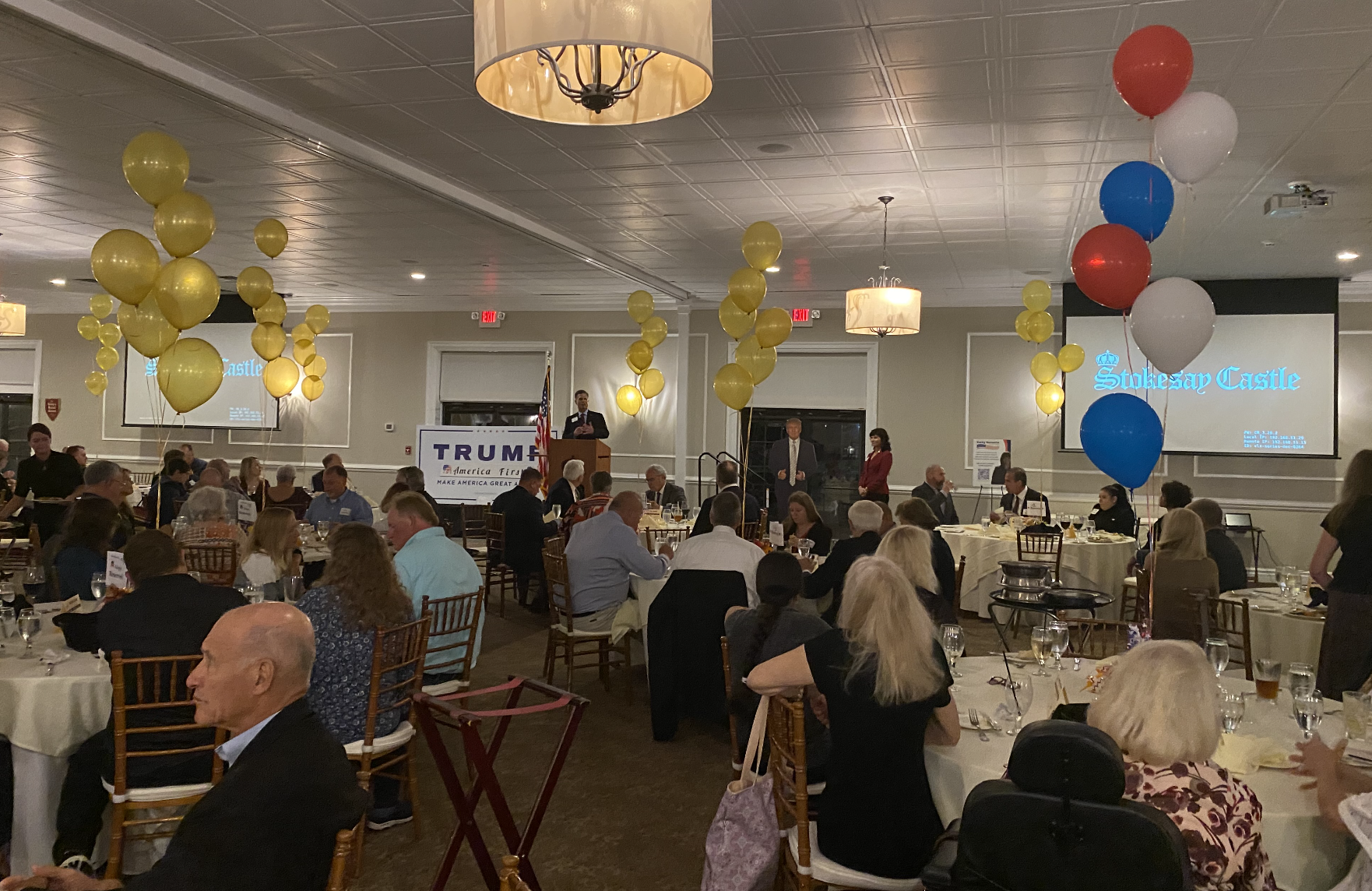 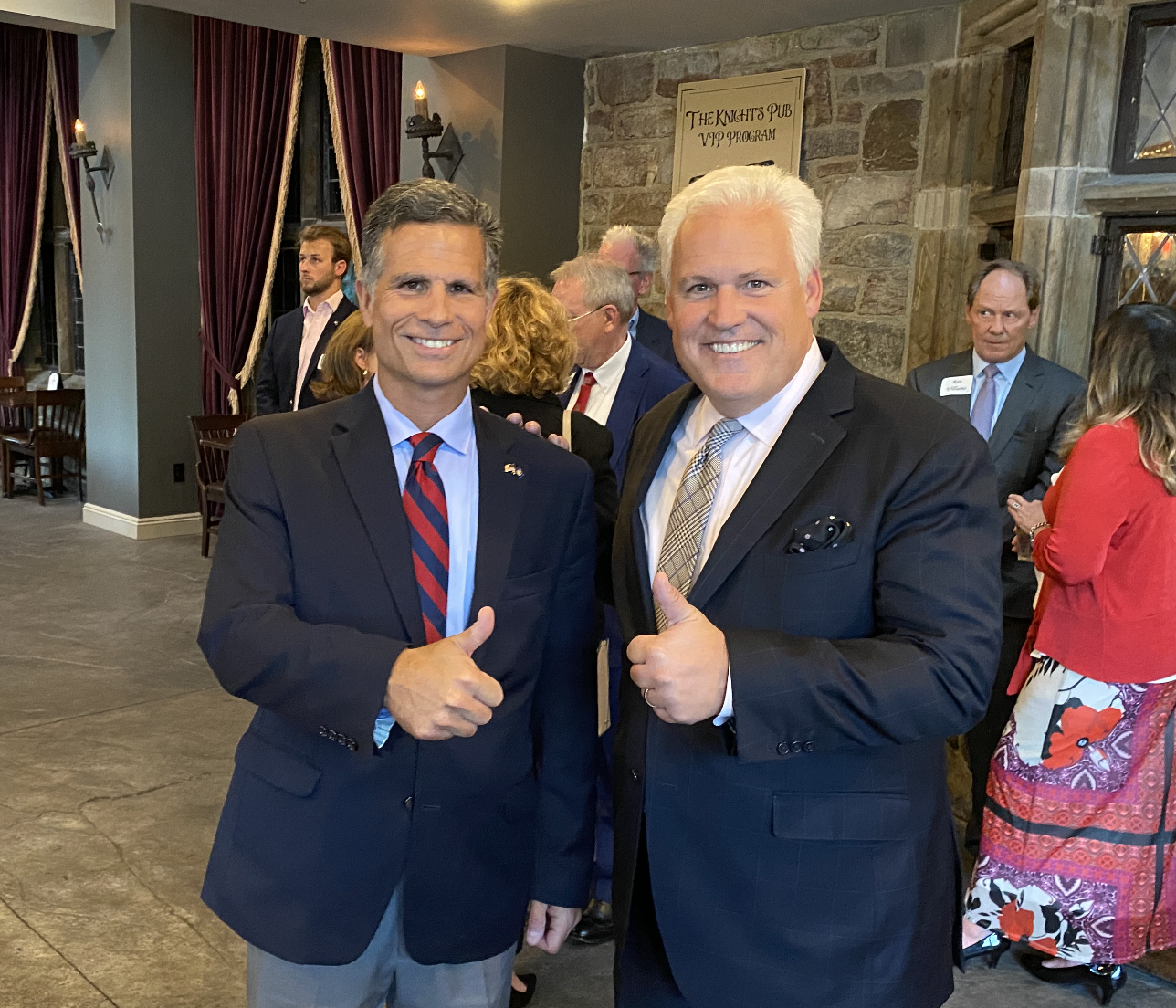 The next morning, we attended the Pocono Leadership Prayer breakfast. I enjoyed seeing my friend, Supreme Court candidate Judge Kevin Brobson and was able to speak with the Stroudsburg Area High School Band. There, I discussed the importance of religious freedom. I will always support legislation that protects those freedoms. (Pictured below with Judge Brobson and the Stroudsburg Area High School band) 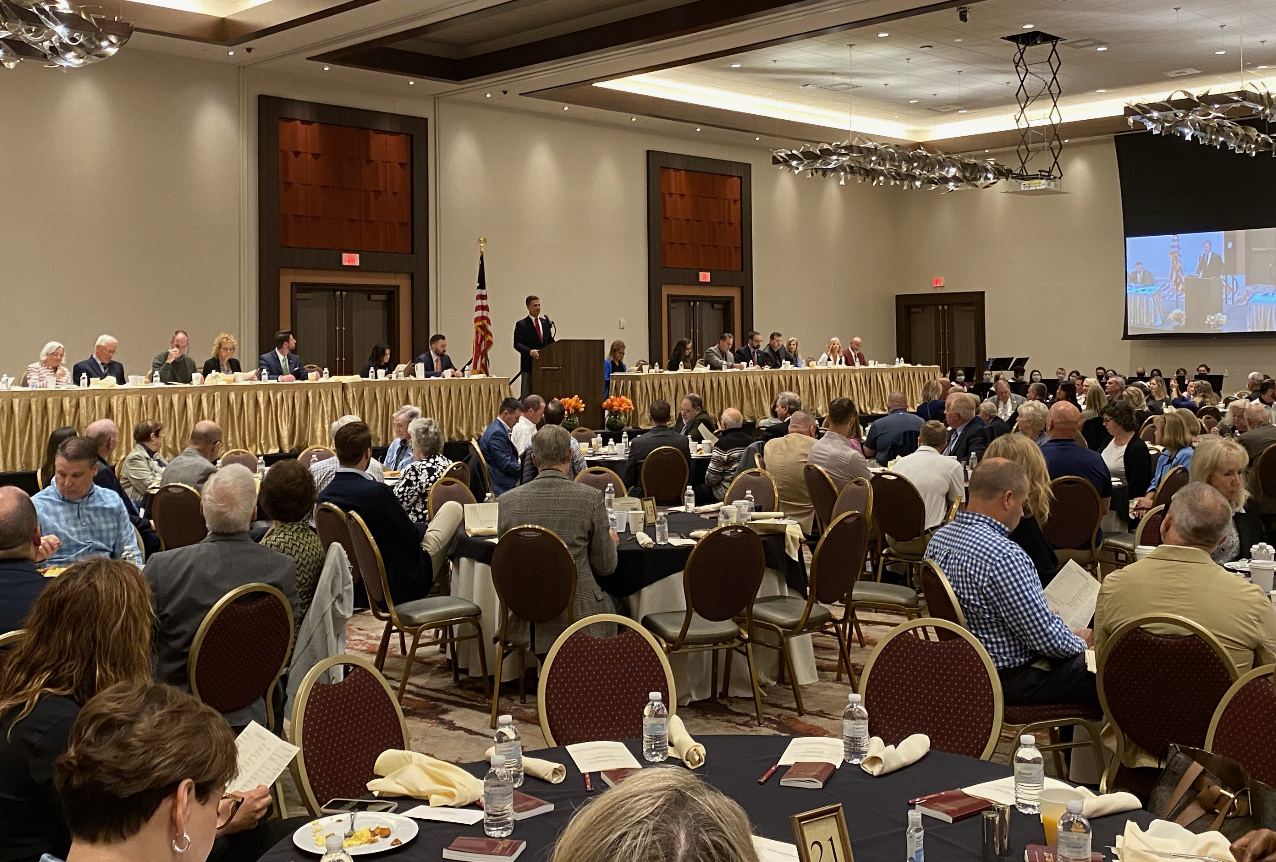 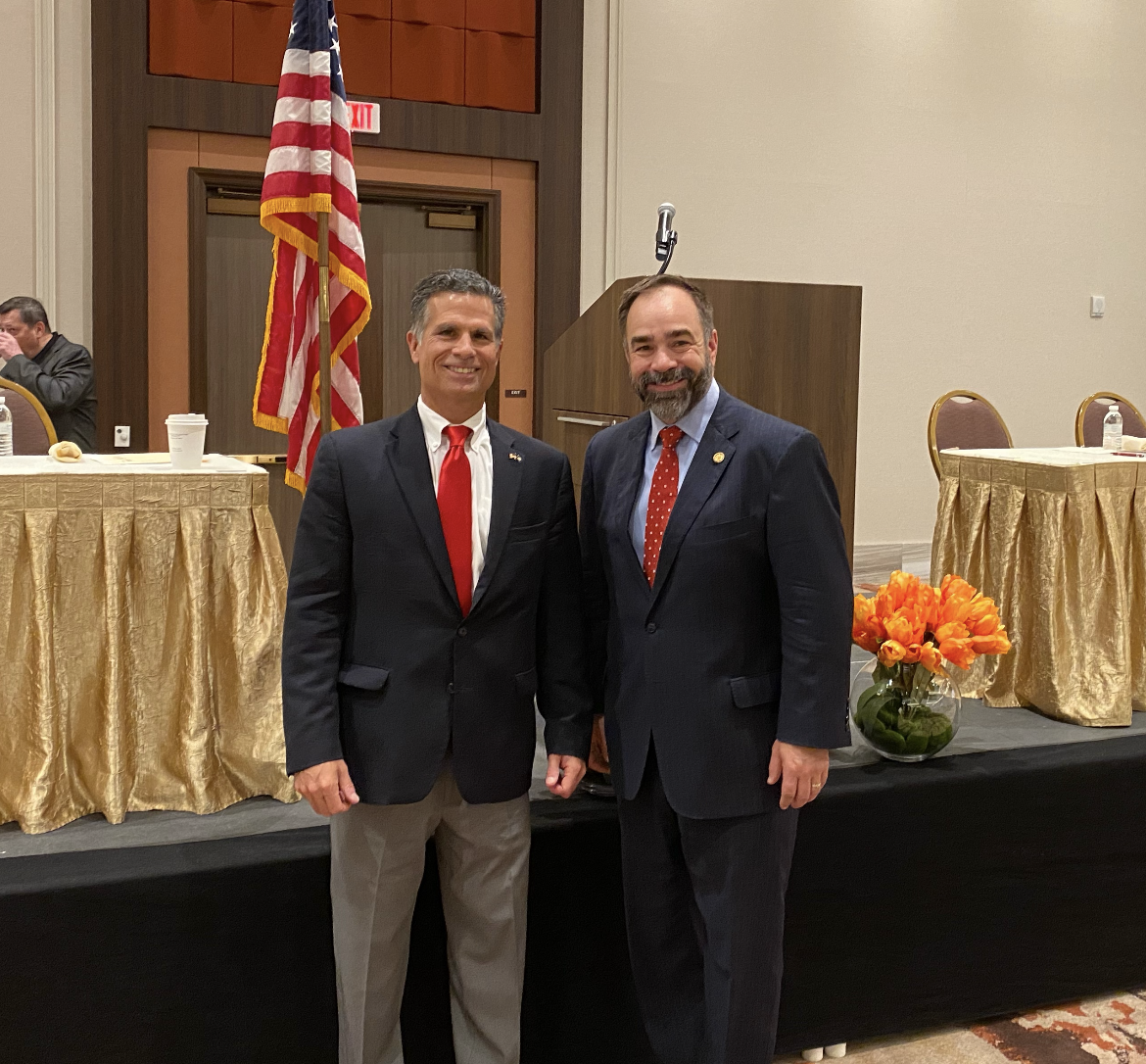 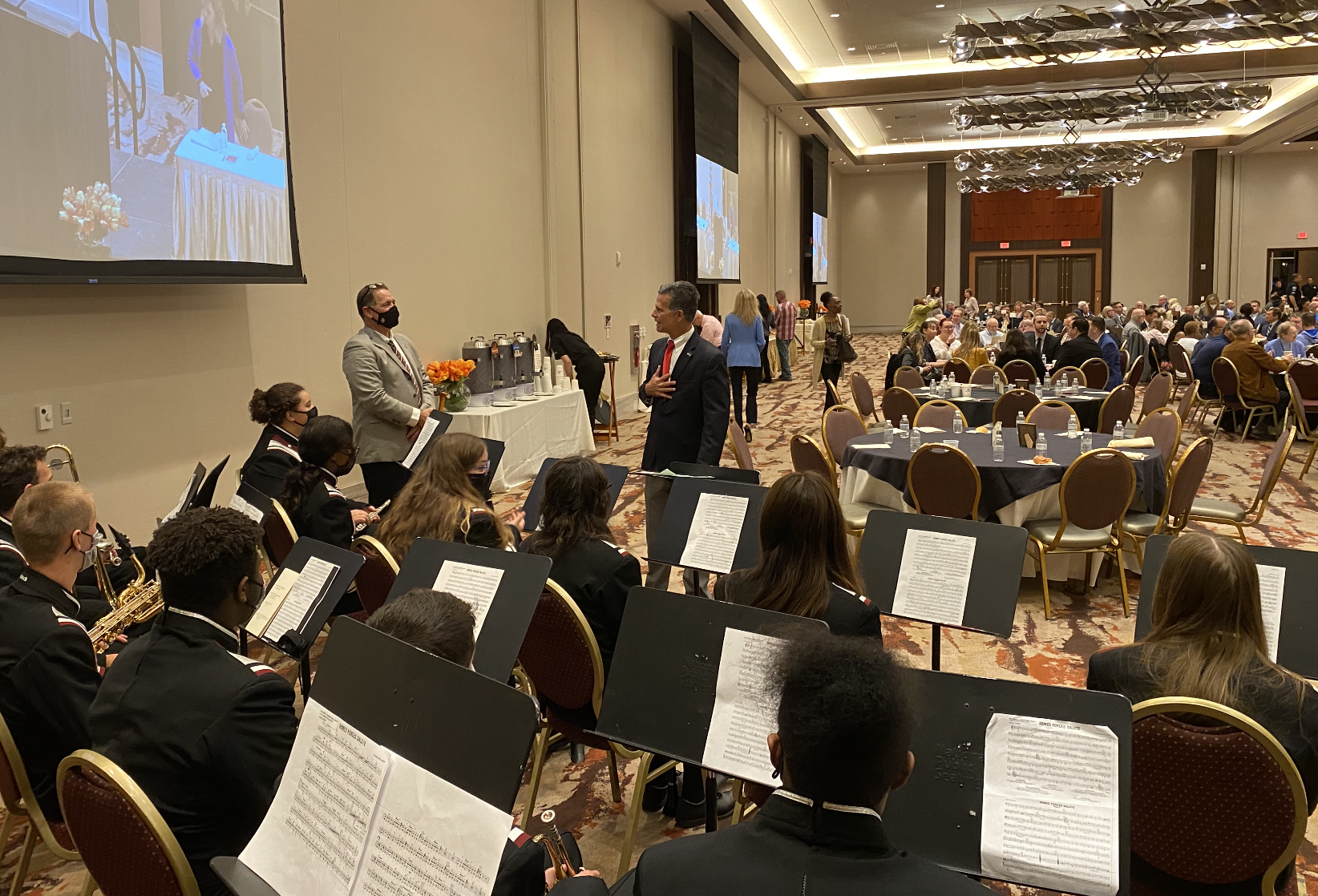 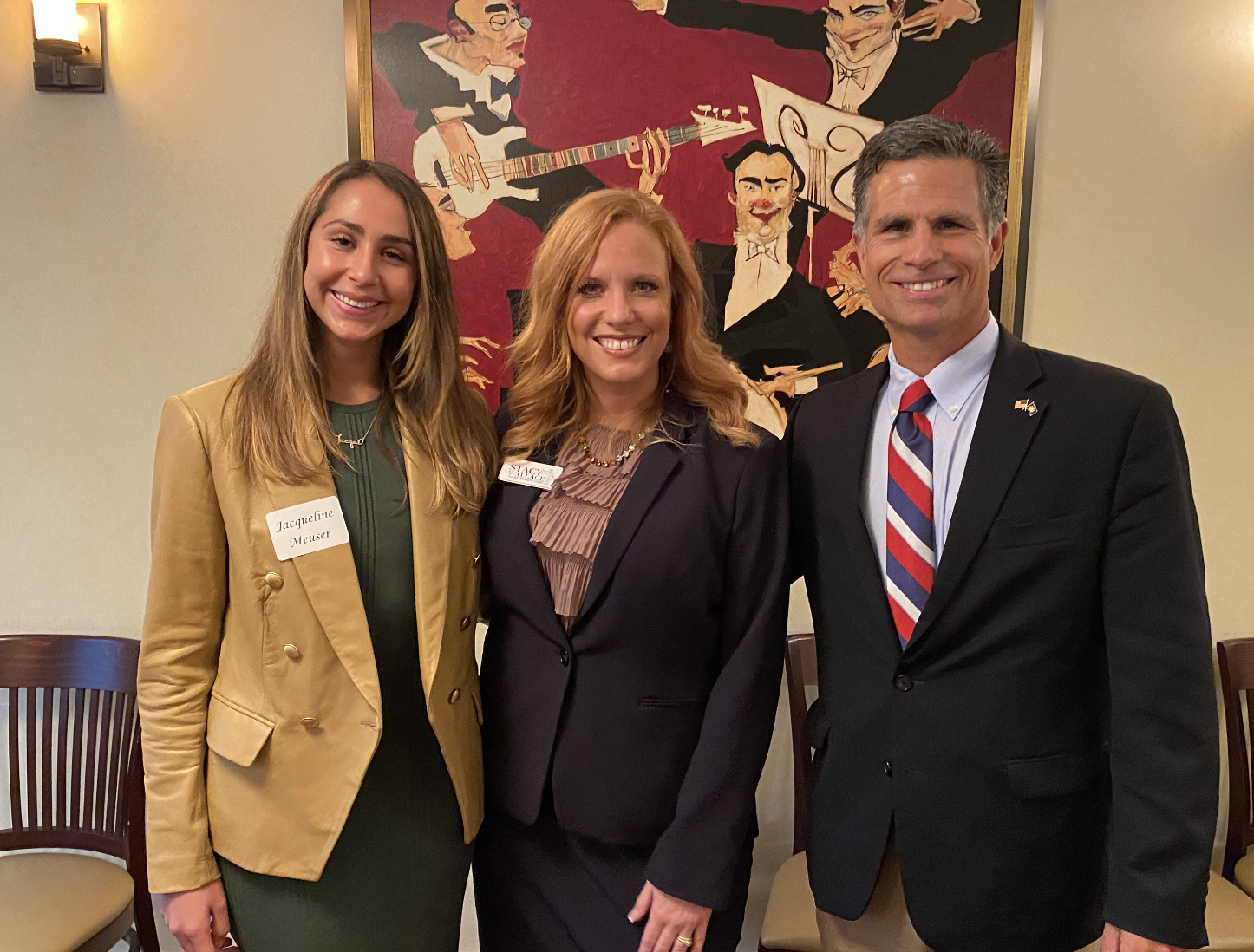 Later in the week, we attended another fundraiser for all four of our statewide judicial ticket, including Supreme Court candidate Judge Kevin Brobson, Superior Court candidate Megan Sullivan, and Commonwealth Court candidates Judge Drew Crompton and Stacy Wallace. This event was hosted by our good friend Roy Heim in Schuylkill County. 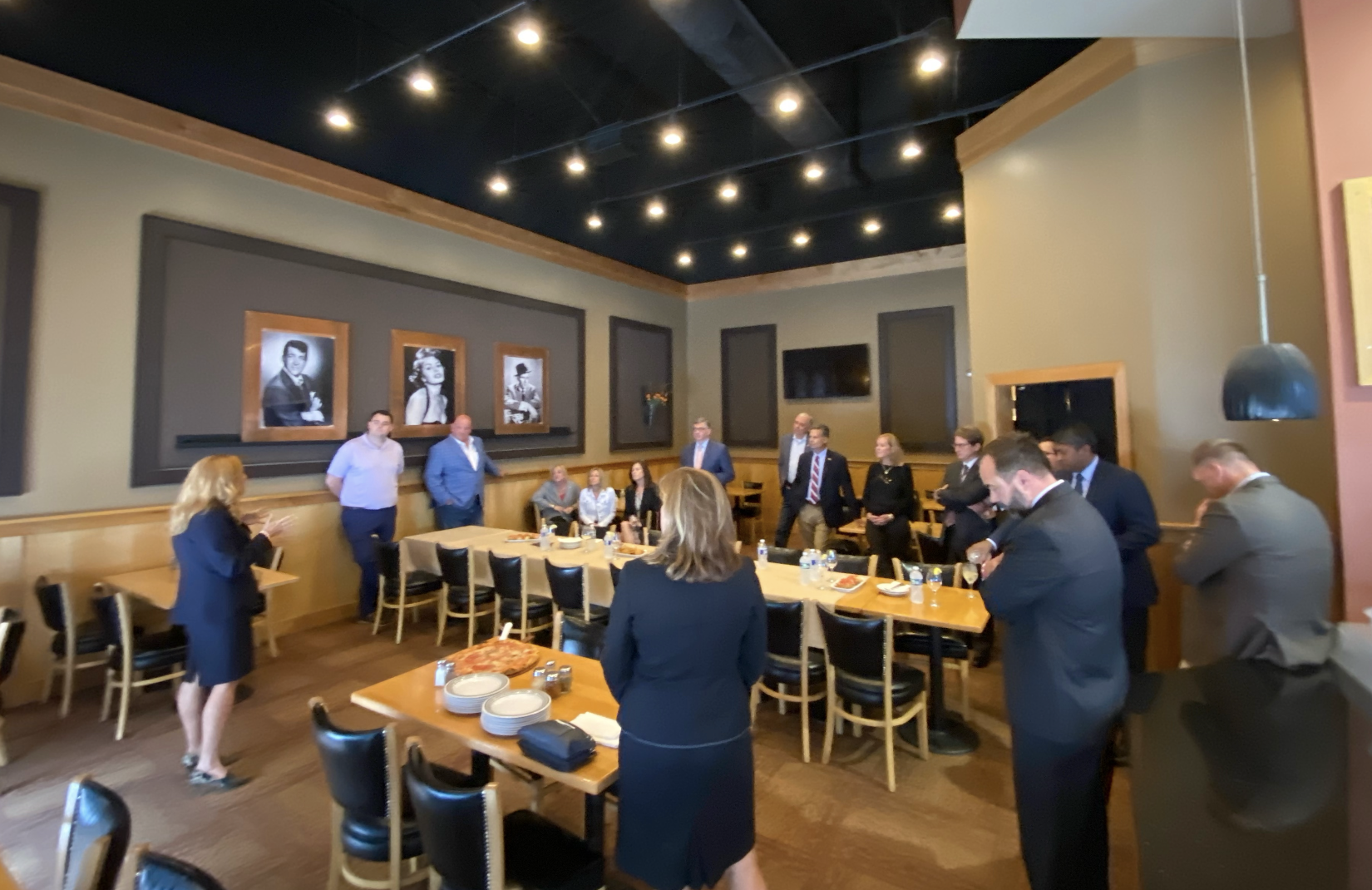 I cannot stress enough the importance of getting out and voting in November. We have witnessed and suffered from judicial overreach and activist judges on Pennsylvania’s Supreme Court. We must fight back, and that starts with electing our qualified judicial candidates. Supreme Court candidate Judge Kevin Brobson, Superior Court candidate Megan Sullivan, and Commonwealth Court candidate Judge Drew Crompton and Stacy Wallace. We need to elect Republican candidates at the local level as well. In addition to electing candidates who will provide good government, our Republican Party can set the tone for 2022. Wins in 2021 will lead to even bigger wins in 2022. 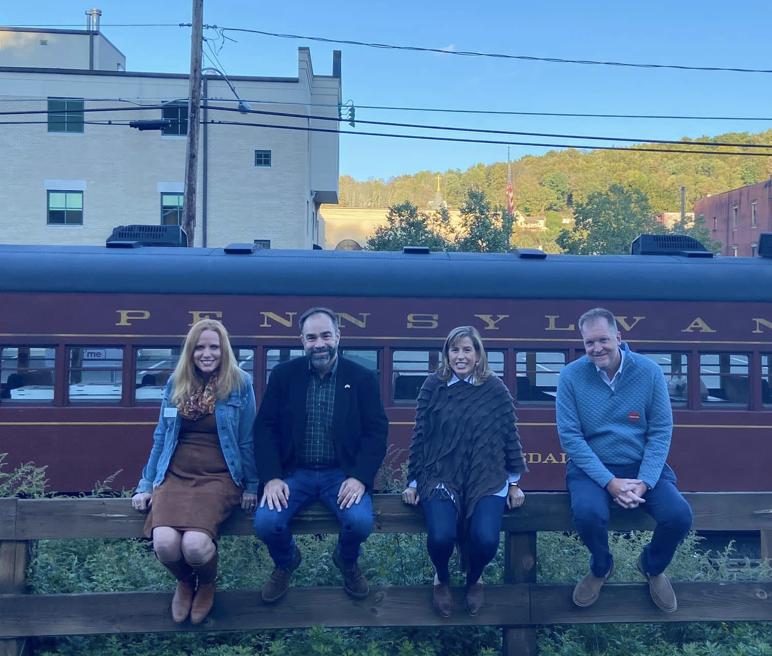