This week, we were in Washington, D.C., as the Biden administration continued to face several disasters of their own making. From the disastrous Afghanistan withdrawal, a push for massive tax-and-spend legislation, raging inflation, and the tragic situation at the border, the number of significant issues facing our nation continue to grow and worsen. 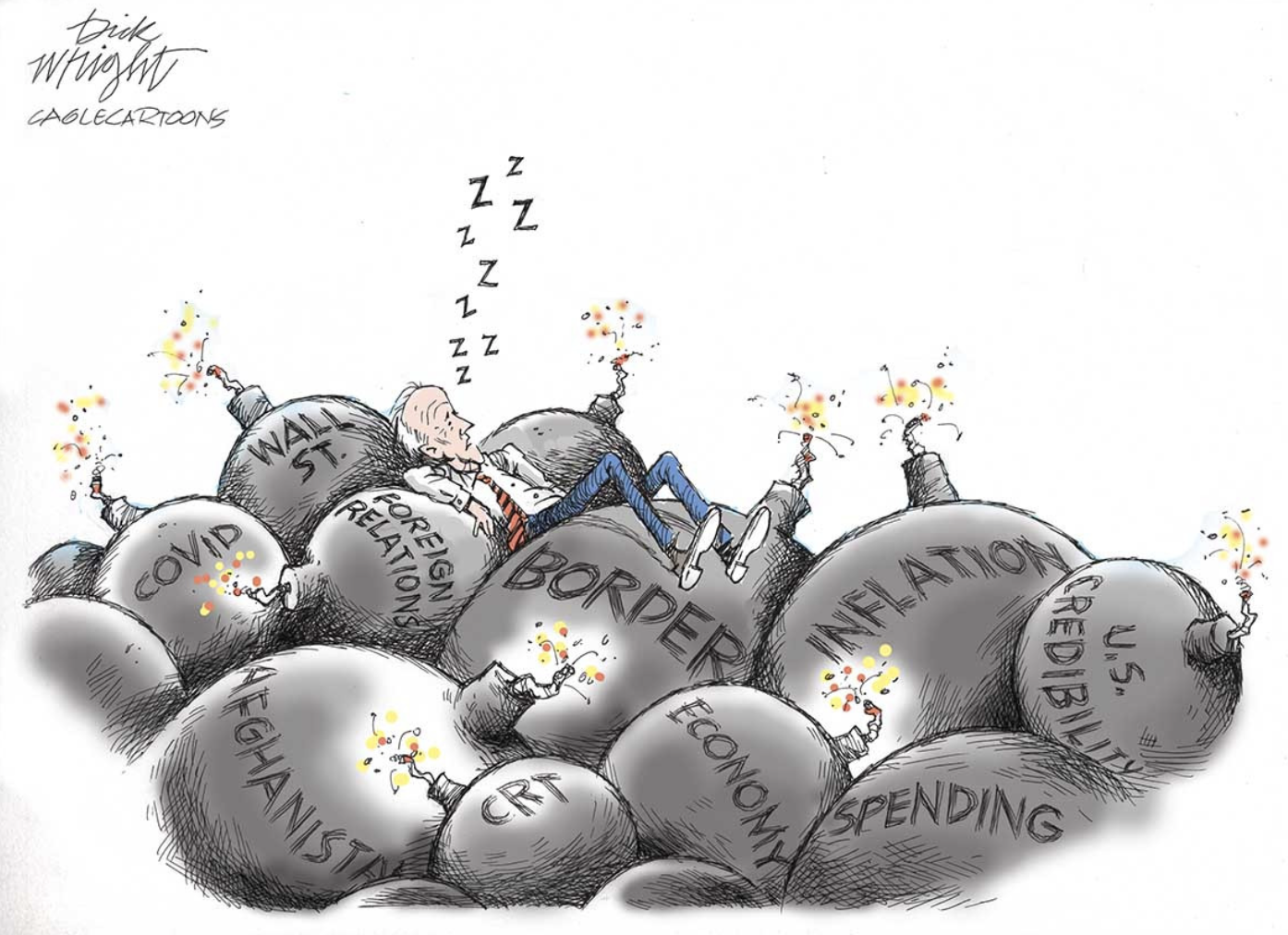 Unfortunately, Democrats are holding transportation and infrastructure funding hostage to the biggest tax and spend bill in the history of our nation. The negatives of this bill far outweigh the positives, as it is linked to reconciliation. I would encourage the American people to call House Democrats and ask them to support transportation & infrastructure. But, when you talk to them, don't just say no, but HELL NO, to their huge, big government expansion plan. Their plan will crush the U.S. economy, opportunities, and the American dream for a generation… as long as transportation and infrastructure remain linked to this massive and reckless spending bill, I cannot support it.

After viewing the disruption in the House Democratic Caucus, I predict both will fail. Hogs get fat; pigs get slaughtered.

The Biden administration and House Democrat leadership pushed legislation to raise the debt ceiling on a party-line vote. The truth is they do not have a debt ceiling. I discussed this issue on Newsmax's American Agenda to discuss the issue. Click here or below to watch. 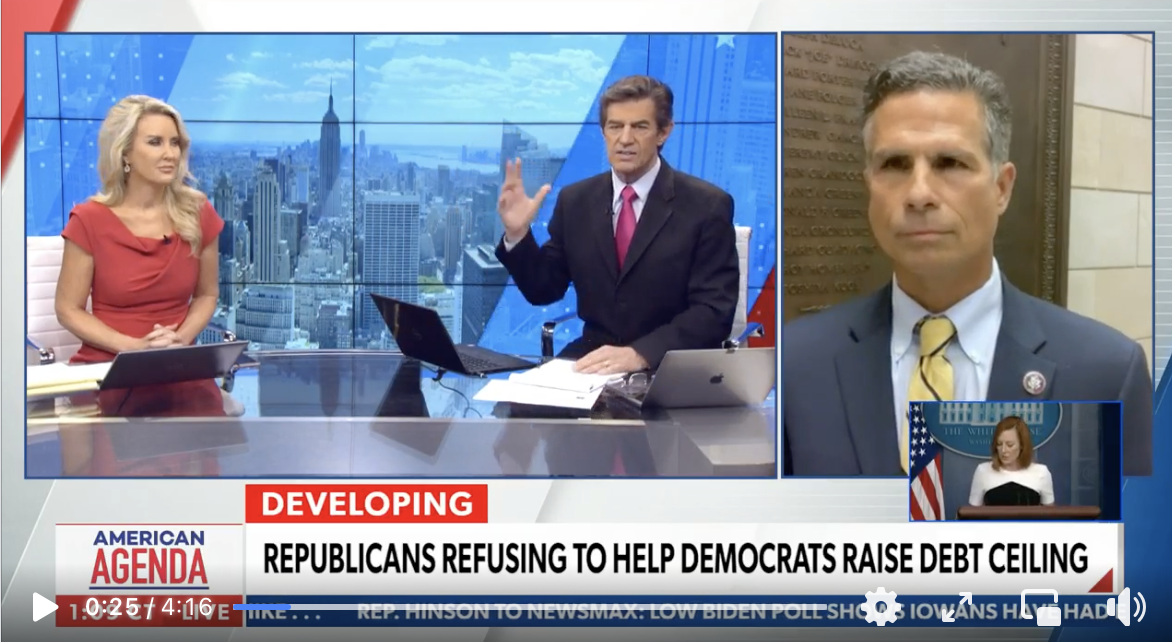 IN NEWS YOU WON'T HEAR IN THE MAINSTREAM MEDIA: The Biden administration's Border Security Plan continues to evolve.

The Biden Border Crisis is out of control, Democrats aren't fixing it, and there's no end in sight.

Biden and Democrats refuse to address the problem – let alone actually call it what it is – a crisis.

This administration has zero accountability for its failed actions to protect this country and our interests.

Additionally, half of our nation's governors have written the Biden administration requesting a meeting at the White House to discuss the disaster resulting from eight months of open borders. Not surprisingly, Governor Tom Wolf was not one of them. While other states are putting the safety of the public first, Pennsylvania's governor is marching in lockstep with the Biden administration. It's sad and will continue to have horrific consequences for our nation and our commonwealth.

Of course, the worst part of the whole mess is that this crisis was 100% a creation of the Biden administration. President Donal Trump implemented a plan and policies that largely addressed the border issue. Trump was the first president in our generation to effectively begin securing our southern border. 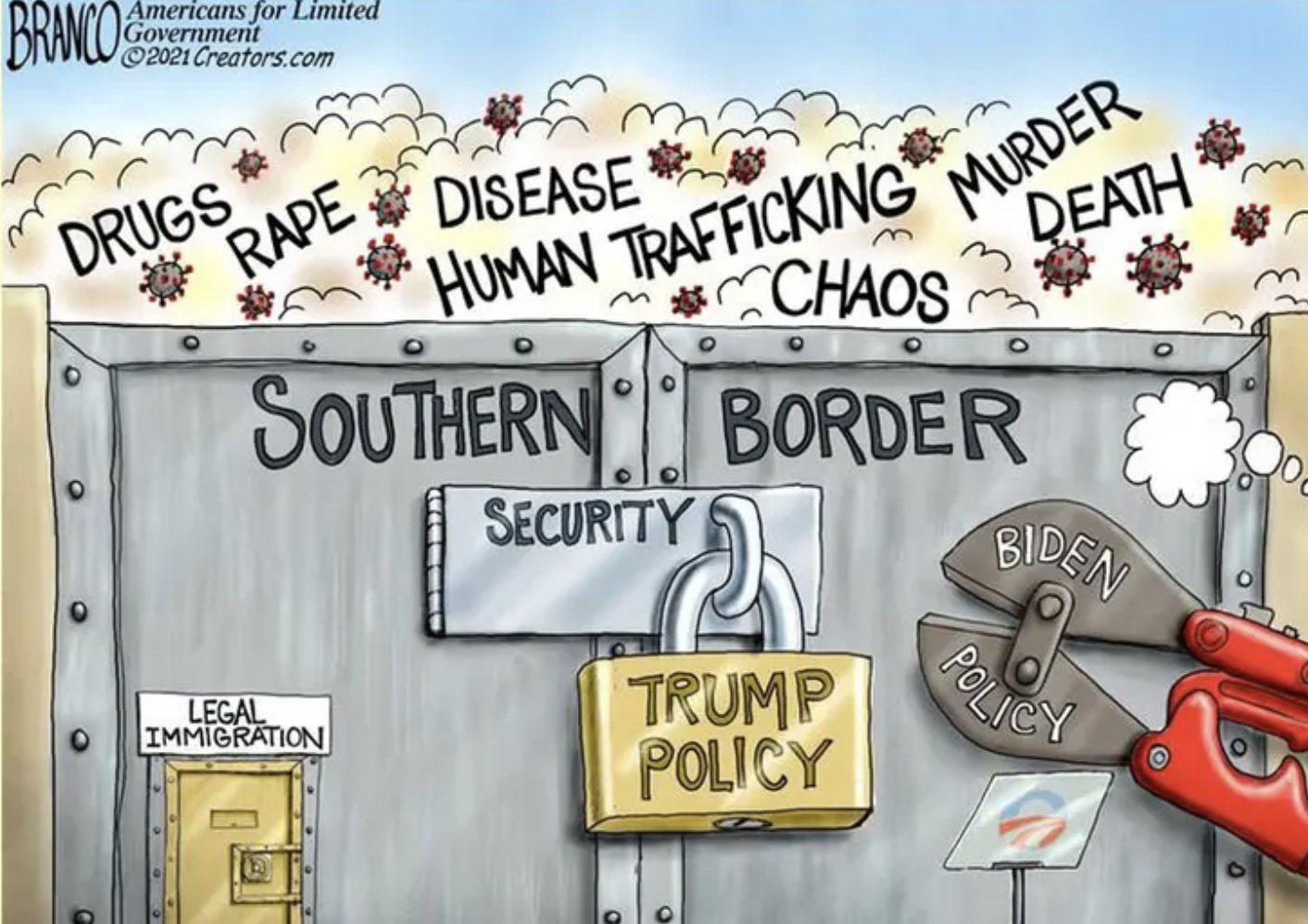 As part of Biden's catastrophe at the border, a photo was taken of our brave border patrol agents on horseback working to push back the onslaught of illegal immigrants entering our nation. In an attempt to distract the American people from the border disaster they have created, the Biden administration and Democrats outrageously poured gasoline on a fake news story regarding this picture. Without proof, the Biden administration and Democrats made it sound as if the border patrol officers were whipping illegal immigrants with their reins. But, as the Fraternal Order of Police's tweet correctly points out... reins are not whips. 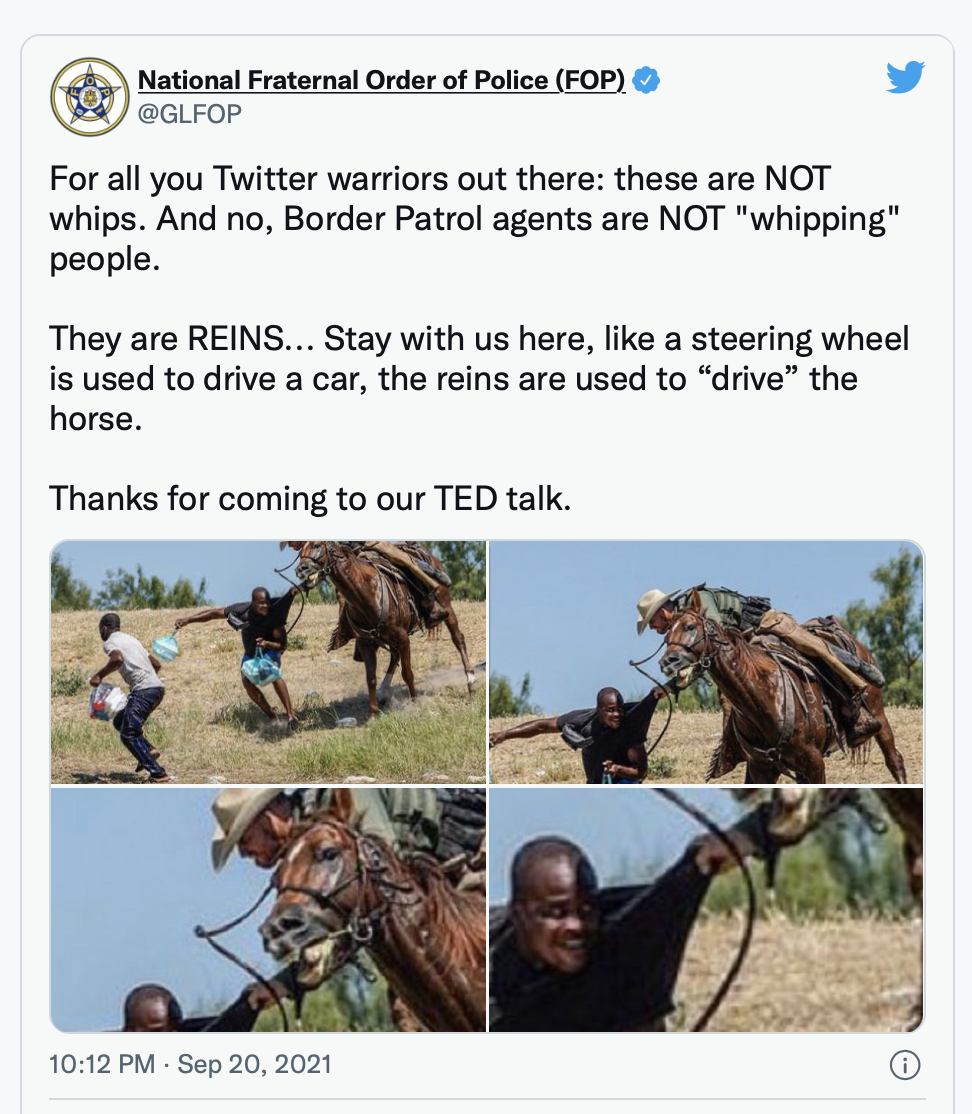 Further, Biden and Democrats condemned the border patrol agents and promised an investigation. They actually have banned the use of horses. This is a horrible decision as horses are the best means of navigating this difficult terrain.

This whole story was 100% fake news. The photographer who took the picture said he NEVER saw an officer use the reins to whip illegal immigrants ever. No one can point to one example of that happening. I have been to the border twice and witnessed firsthand the incredible compassion of the customs and border patrol agents. Biden and Harris have consistently proven how out of touch and are totally far left reactionaries. The thoughtless, progressive knee-jerk symbolic action of "banning" mounted police goes to show their "wokeness" run amok.

However, maybe their reaction wasn't so thoughtless... maybe they saw an opportunity to fool the American people, with a complicit media, to create this distraction. This administration wants to distract us from the hundreds of thousands of illegals entering the country, increasing amounts of illegal drugs coming through our southern border that are killing Americans, and the general havoc and crime that is impacting our border cities... all at a significant cost to the American taxpayers. Unfortunately, rather than confront that reality, they chose to create a false issue and demonize the border patrol. Sadly, we all sense this is likely the case.

On a separate but related note, our team continues to provide assistance to those impacted by the Biden Afghanistan withdrawal tragedy. Along with helping Americans get home, we issued a resolution to close our southern border with the heightened threat of terrorism. We questioned the Department of Defense and State Department, in classified briefings which had no reason to be classified, on accountability, closing the southern border, screening procedures, and the U.S. plan moving forward

I held a telephone town hall with residents of the 9th Congressional District this week. We discussed the various issues that are taking place in Washington. 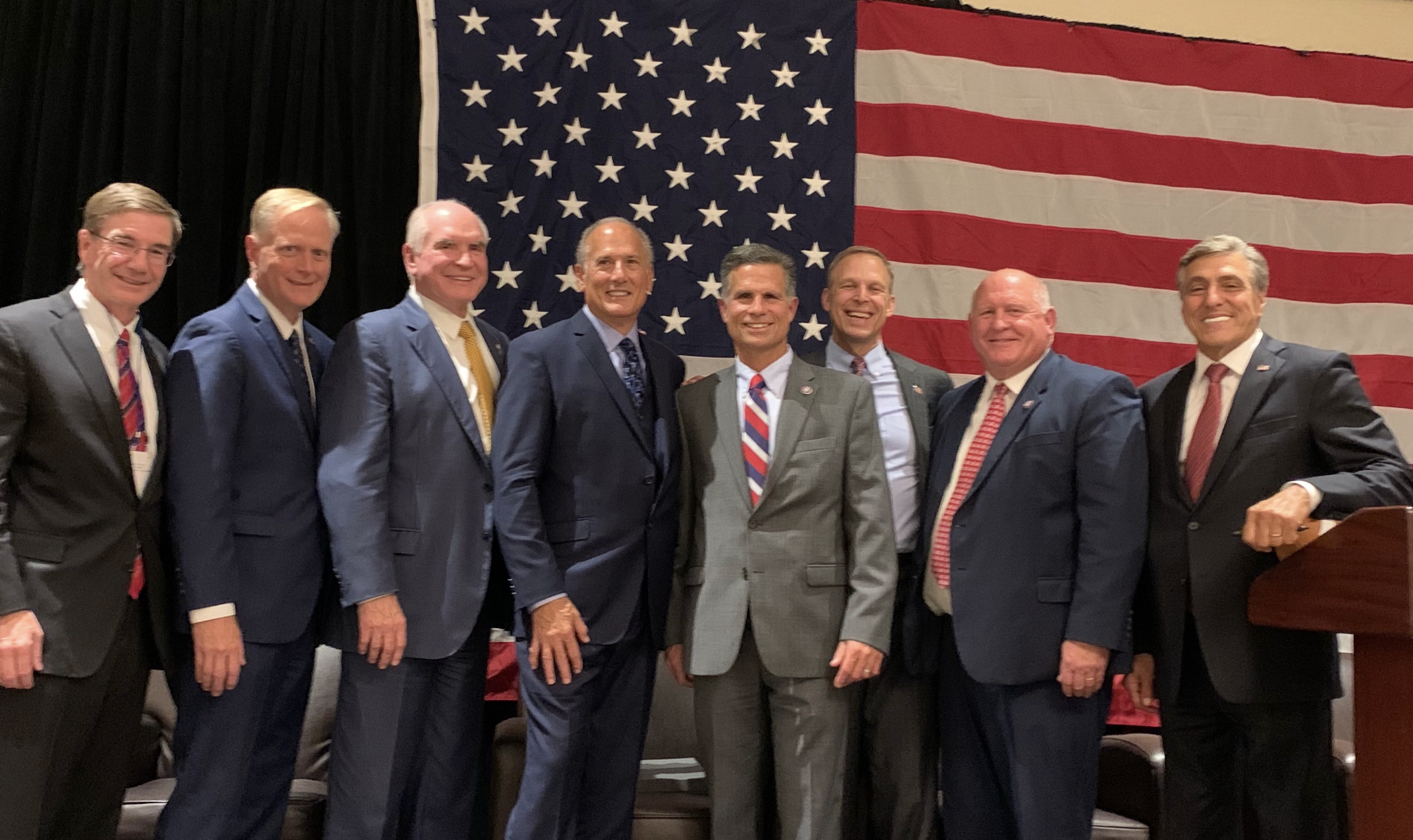 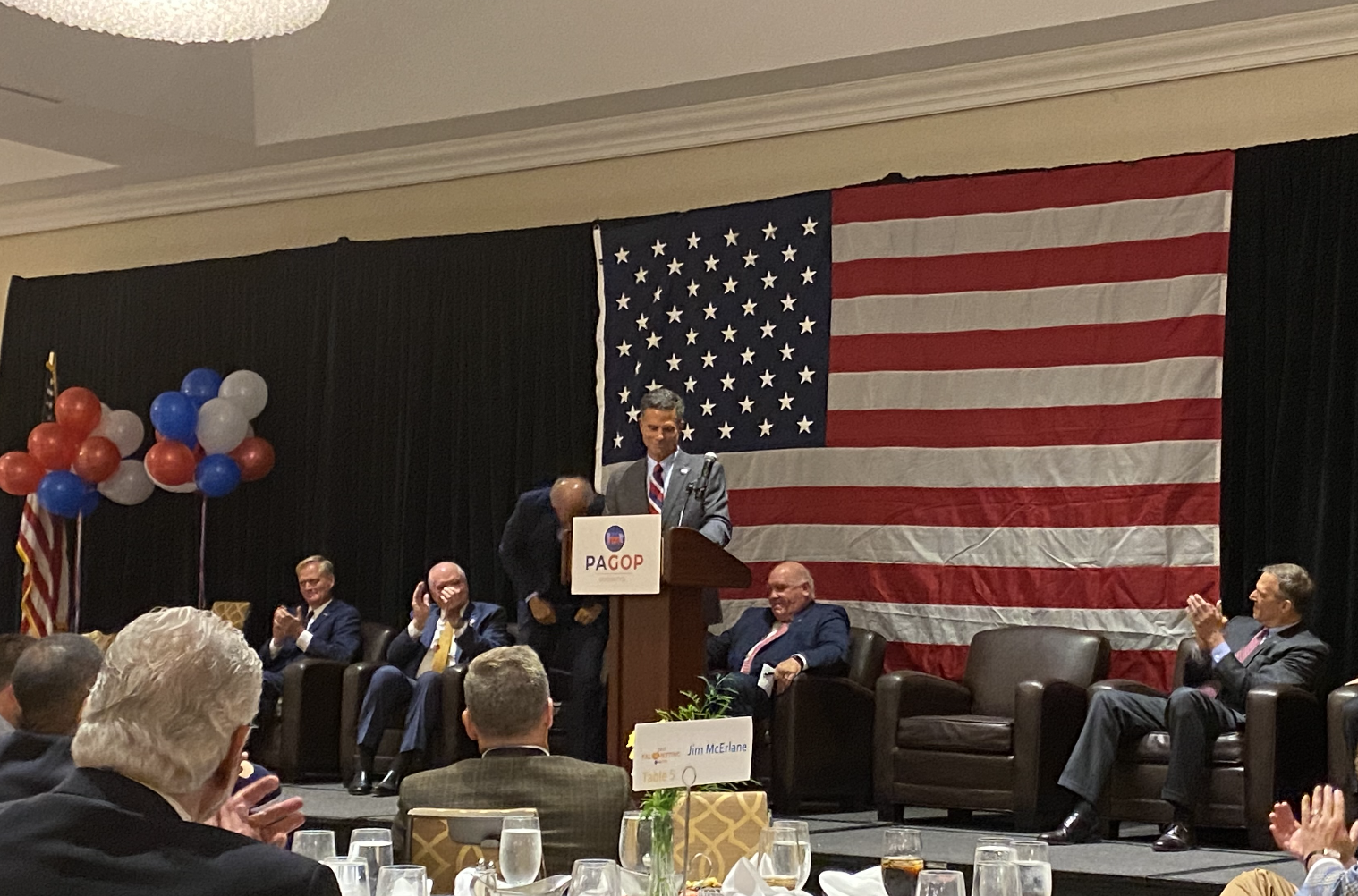