Before I begin discussing my trip to Israel, I want to praise the efforts of the Philadelphia Police Department for their heroic actions on Wednesday evening. This was further proof that these brave men and women put their lives on the line everyday to protect our communities. Shelley and I extend our heartfelt prayers and appreciation for all of our law enforcement officers, particularly those that were injured during the standoff.

This week, I have been honored to participate in a Congressional trip to Israel as a guest of the American Israel Education Foundation (AIEF). It has been a great experience – we have toured many awe-inspiring sites throughout the Holy Land. Jerusalem, Bethlehem, the City of David, and other parts of Israel have an incredible history, and I am grateful to the AIEF for letting us see it up close.

Our Republican delegation, led by House Republican Leader Kevin McCarthy visited and met with many political and military leaders including Israeli Prime Minister Benjamin Netanyahu. Pictured below with Leader McCarthy on a tour of Masada. 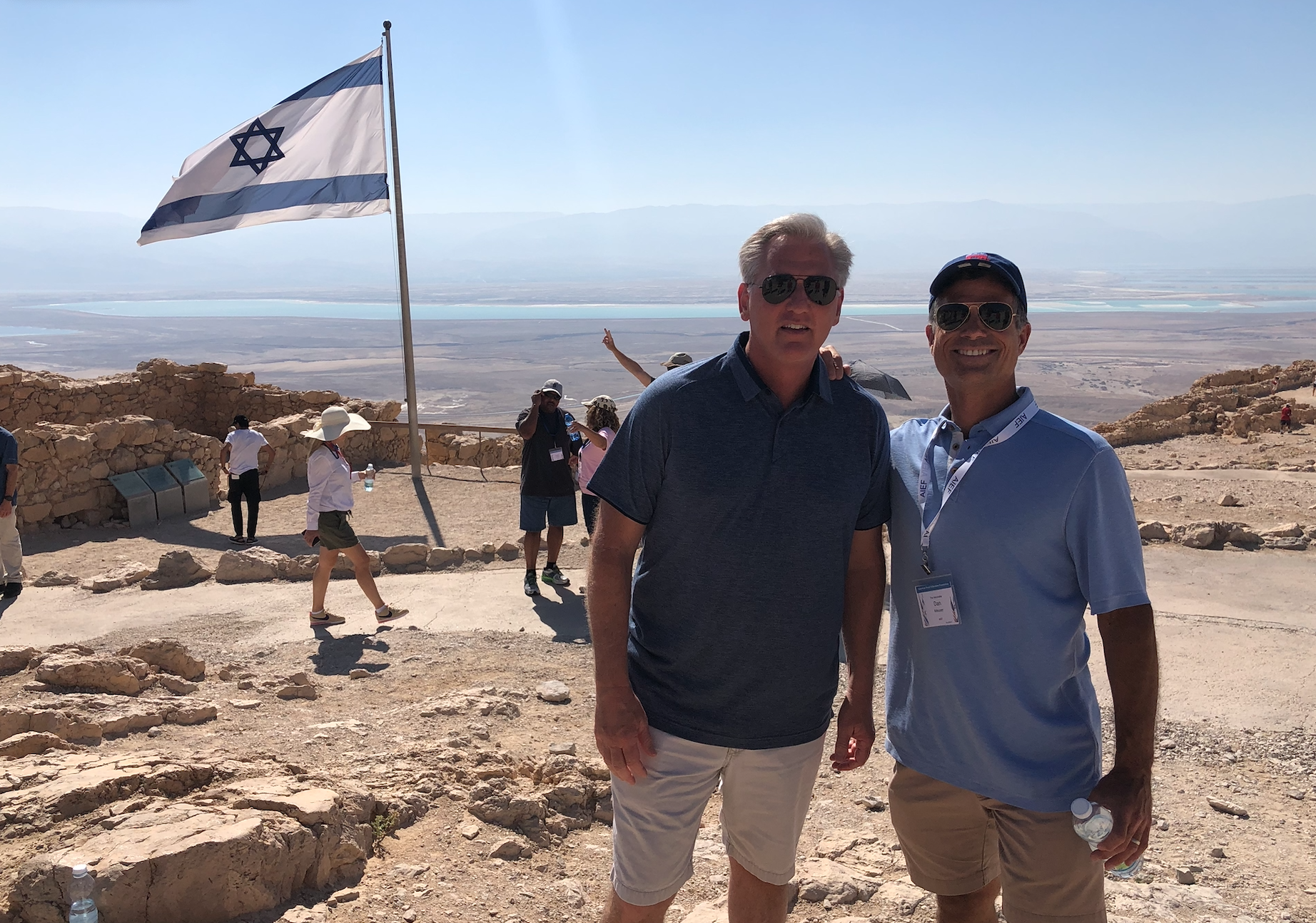 Prime Minister Netanyahu is a great friend to the United States and a very strong leader. During our meeting, I had an opportunity to speak with him directly on a variety of issues including economic policy and border security. 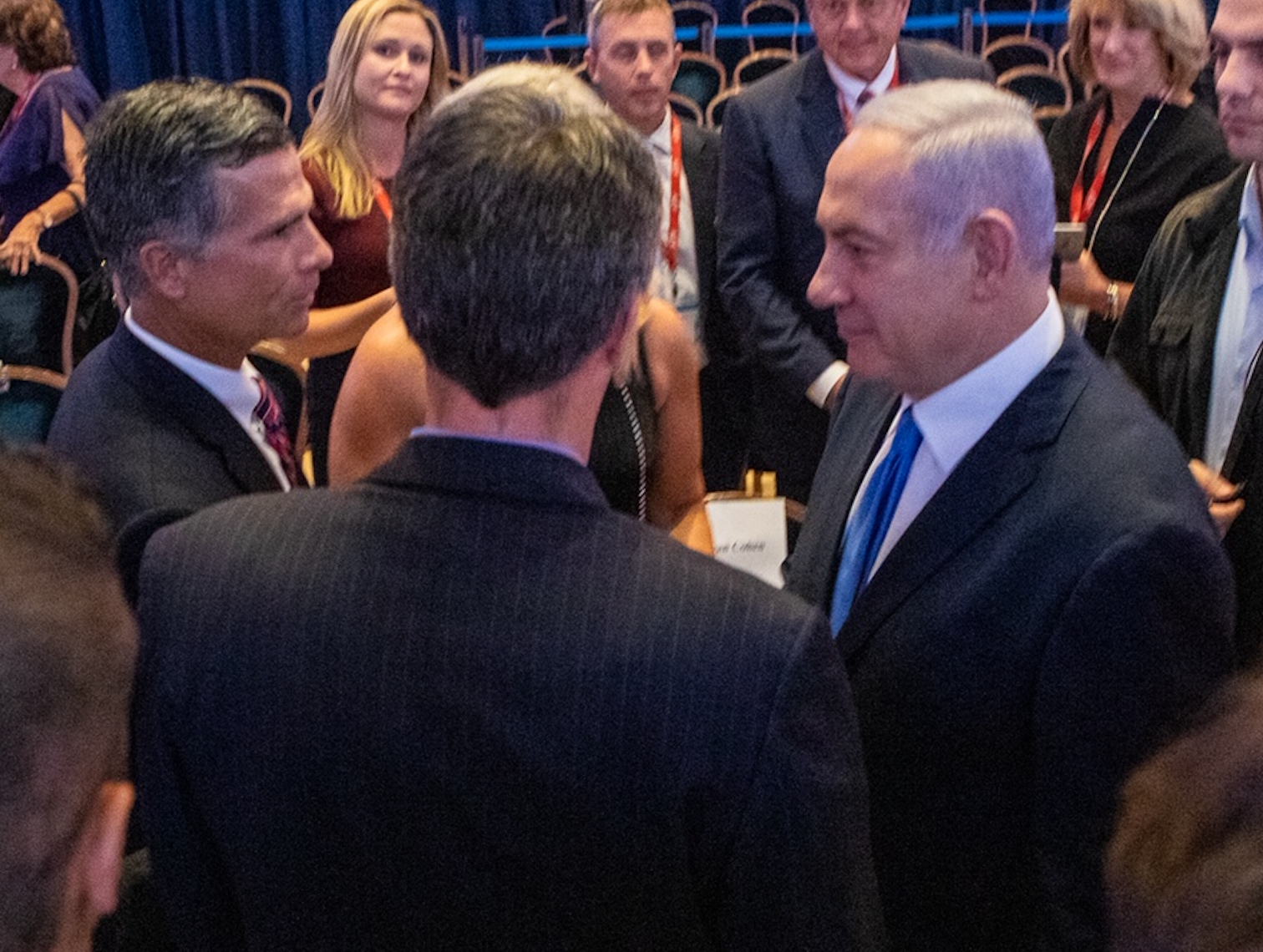 We also met with Benny Gantz, leader of the Blue and White Party and a candidate running against Netanyahu for Prime Minister. Interestingly enough, both men reference President Donald Trump often as the President is very popular here. The Blue and White Party of Benny Gantz even uses the slogan “Israel First.” Both candidates’ messages are very similar as the people of Israel have no appetite for the type of nonsense being promoted by the socialist left in our country and the messages being used by the mainstream media. In Israel, their priorities are clear; border security, competitive free market economy, free and fair trade, strong military superiority, and fiscal responsibility. These are the pillars of success for our nation as well and I am confident we will accomplish these goals in the United States when Republicans win back the majority in the U.S. House and re-elect President Trump. We had productive discussions on Israeli national security and missile defense, trade, economics, and Israel’s role as a strong ally of the United States.

Our travels included visiting the Mount of Beatitudes, St. Peters Church, and Capernaum, also known as The Town of Jesus. These were places documented that Jesus spent time and performed several miracles. It was by the Sea of Tiberias, or the Sea of Galilee, where Jesus told the fisherman, who were not catching any fish, "Cast the net on the right side of the boat, and you will find some." So they cast it, and now they were not able to haul it in, because of the quantity of fish. This site is also where Jesus revealed himself after his resurrection. I am particularly fond of such stories from these fishing towns as the words hang in my Church, Saint Therese's, “Come Follow me and I will make you fishers of all people.” Pictured below are Shelley and I at the Mount of Beatitudes overlooking the Sea of Galilee. 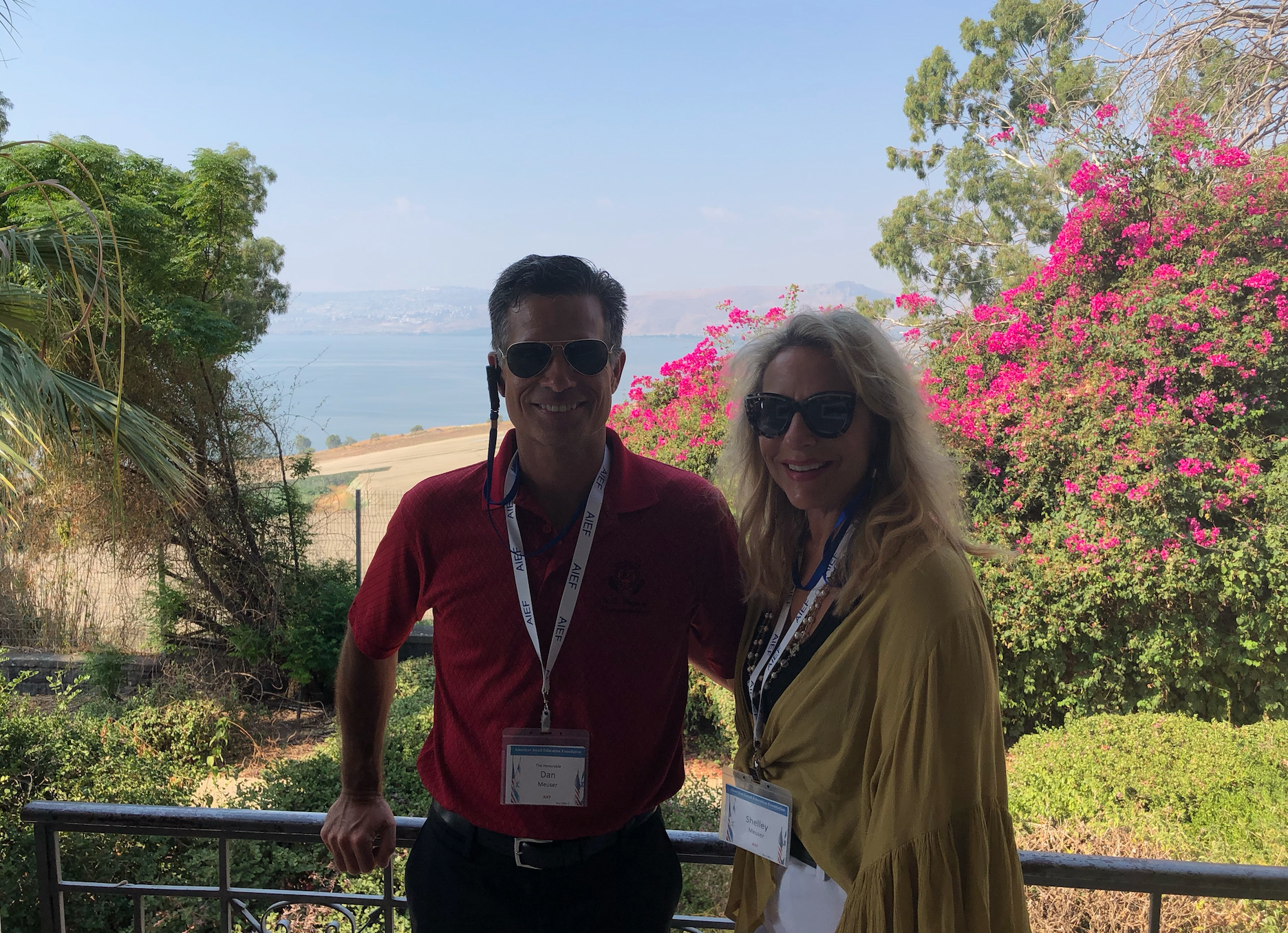 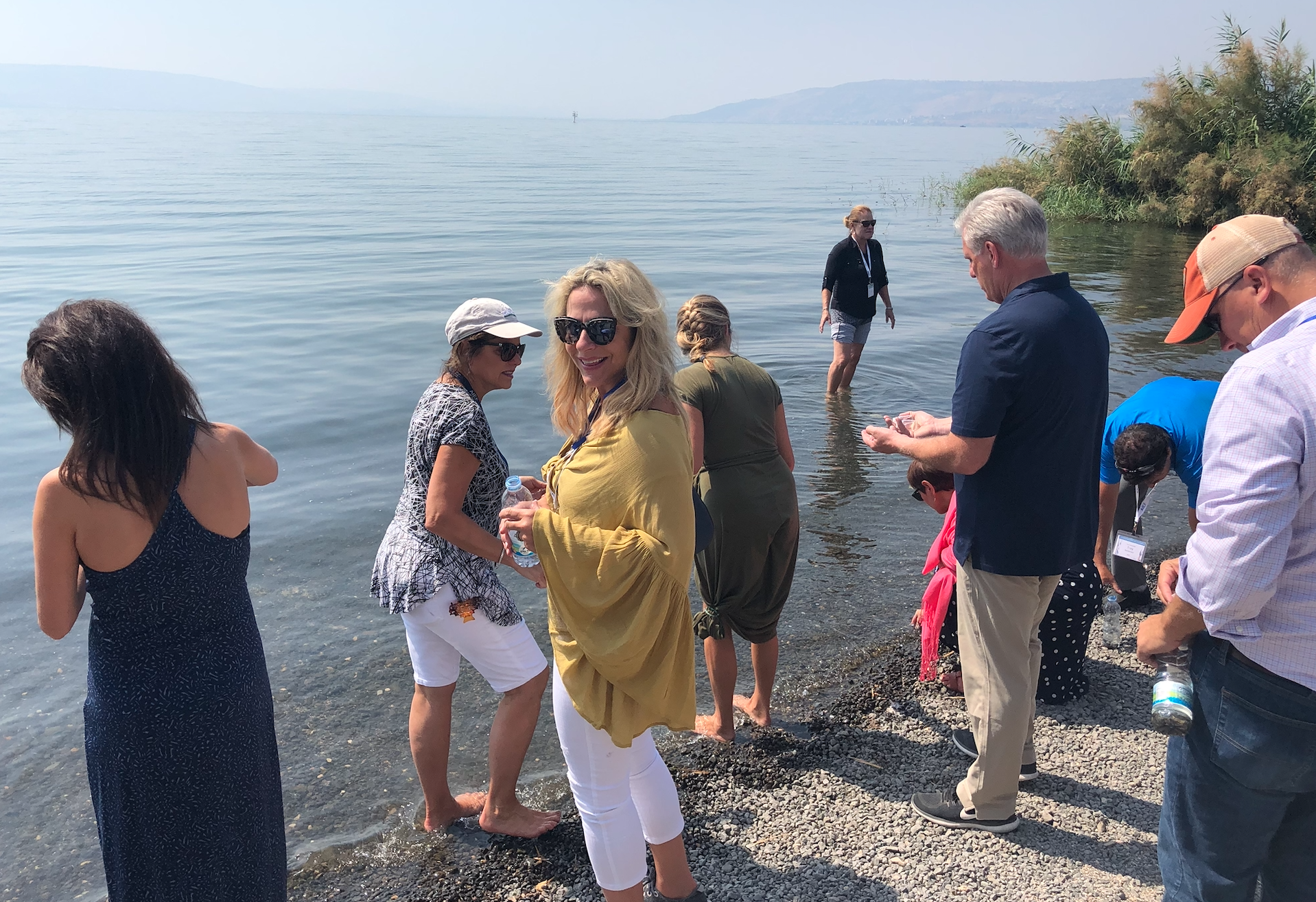 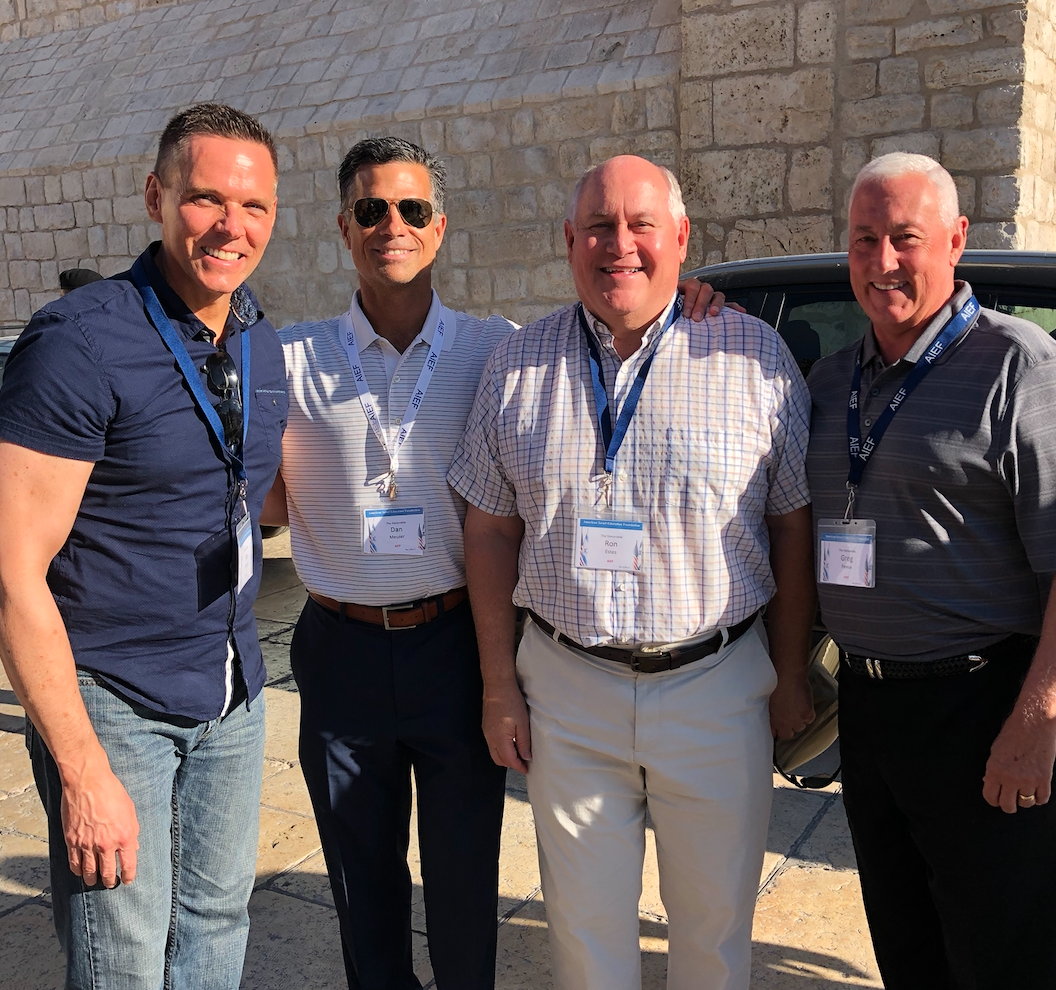 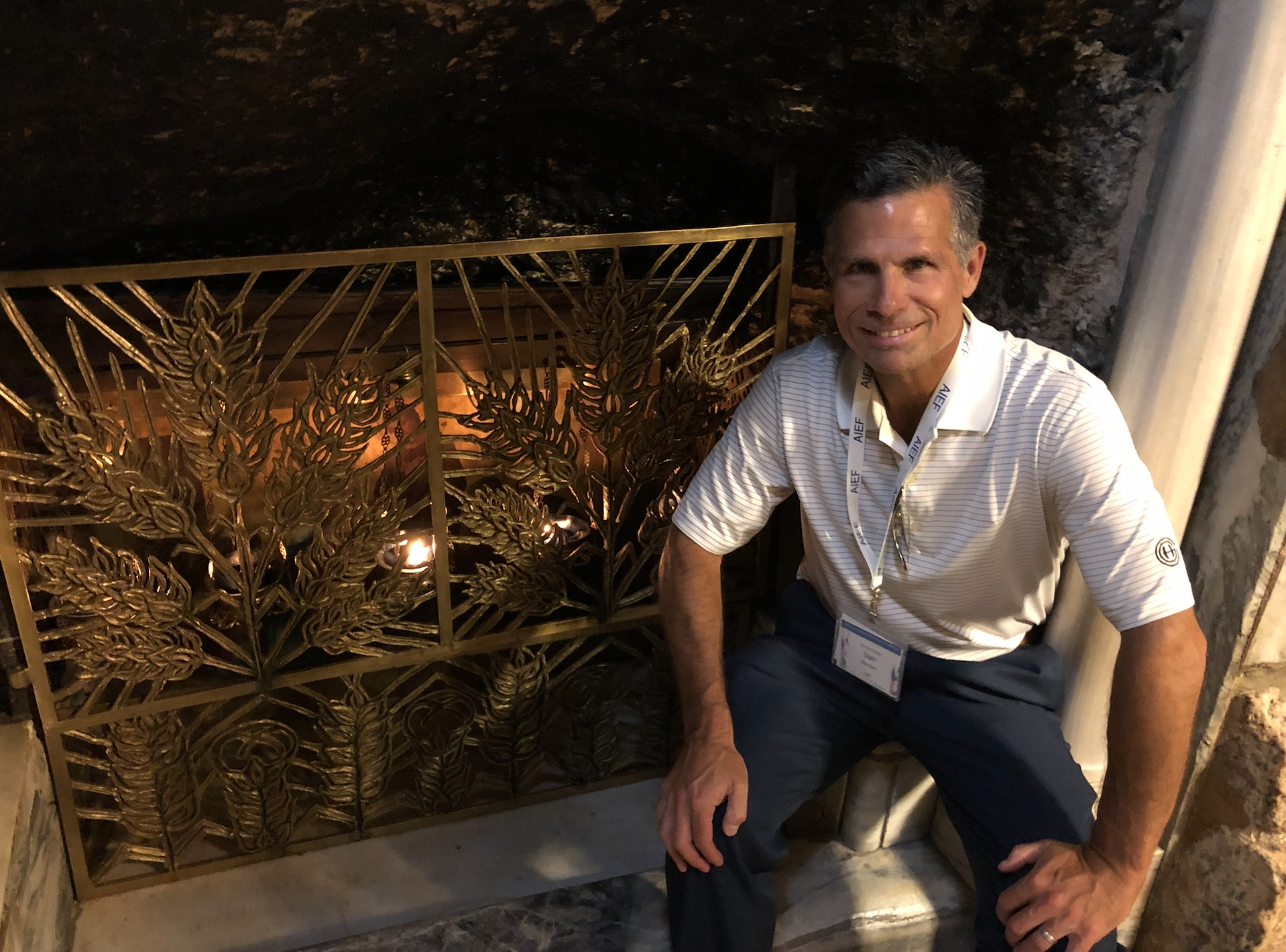 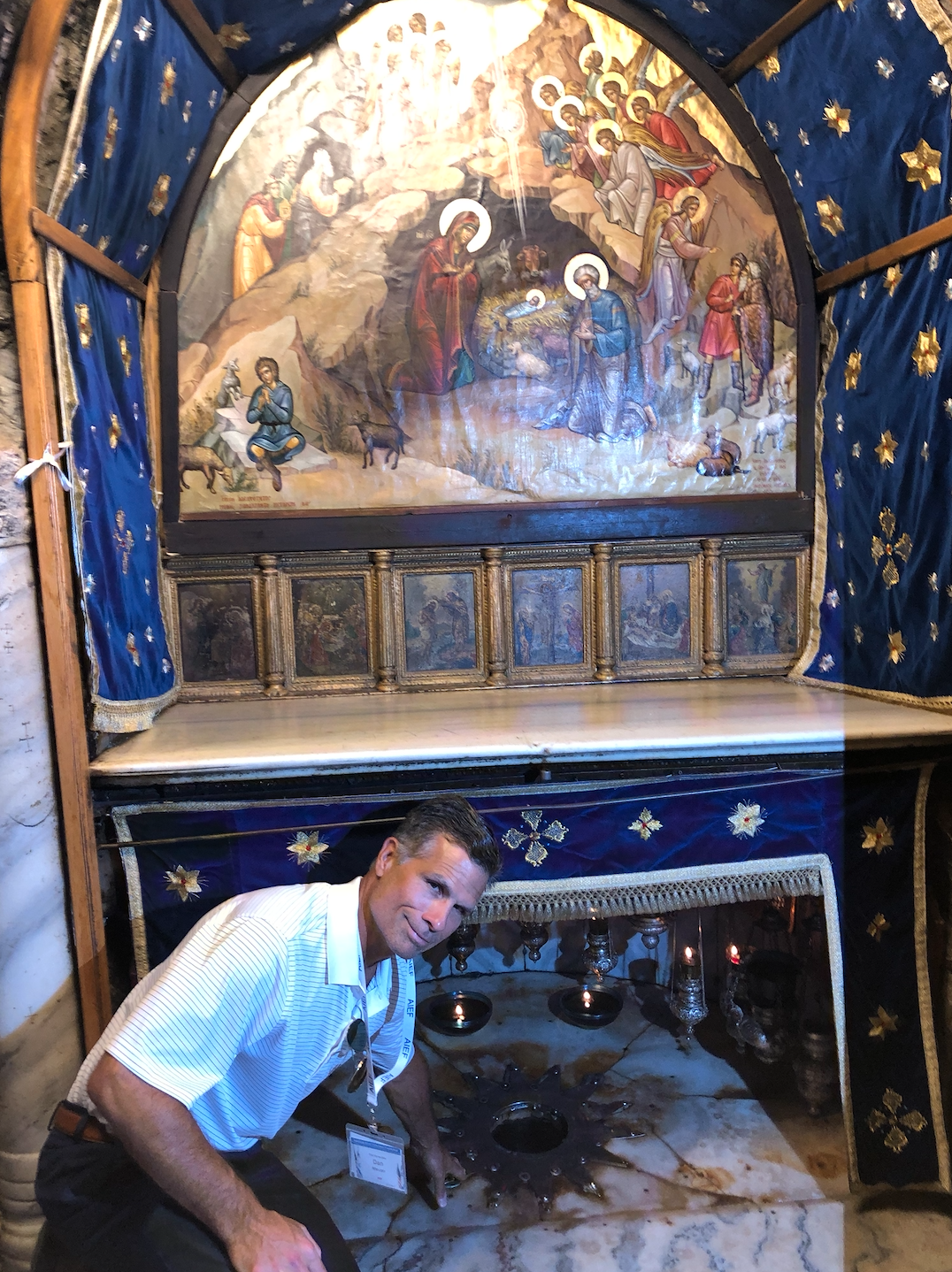 The Holy environment and Judeo-Christian history are so inspiring and truly breathtaking; it far exceeded both Shelley and my expectations. While many of our visits and the stories are uplifting, you can’t help but recognize the hard realities of the existential threats Israel faces on a daily basis were poignantly present. We visited and were briefed by Israeli military experts at the border of Gaza Strip, Lebanon and in the Golan Heights, with Syria in close view.

We also met with the Palestinian Liberation Organization Prime Minister and Secretary General. To say the least, it was a very interesting meeting. What was unfortunately discussed is that the peace talks are at a standstill although it was a very civil and intellectual discussion. There was a lot of finger pointing and very little to no acceptance of responsibility for the hostile environment that exists. This is a very unrealistic position for them to take if peace is truly their goal. 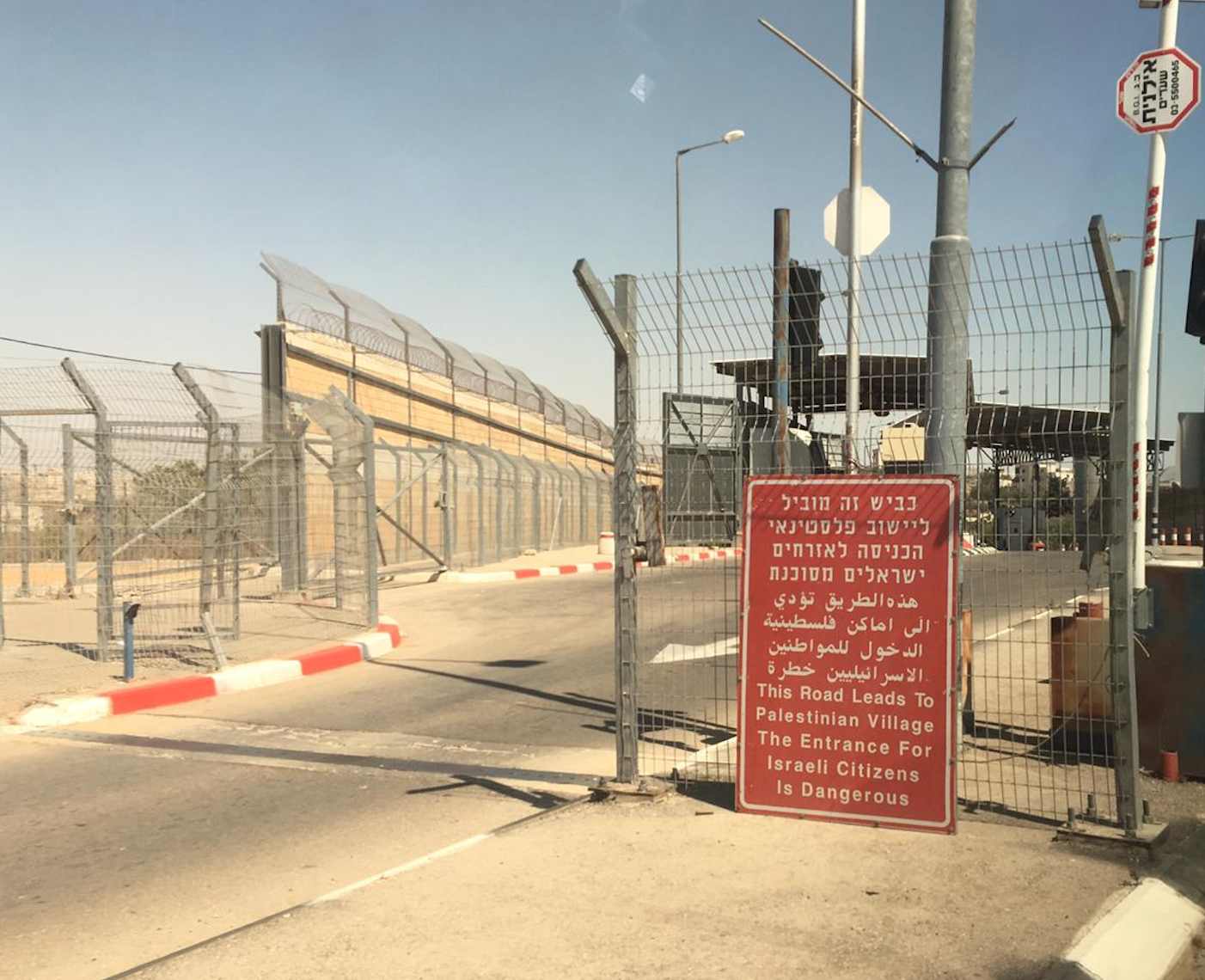 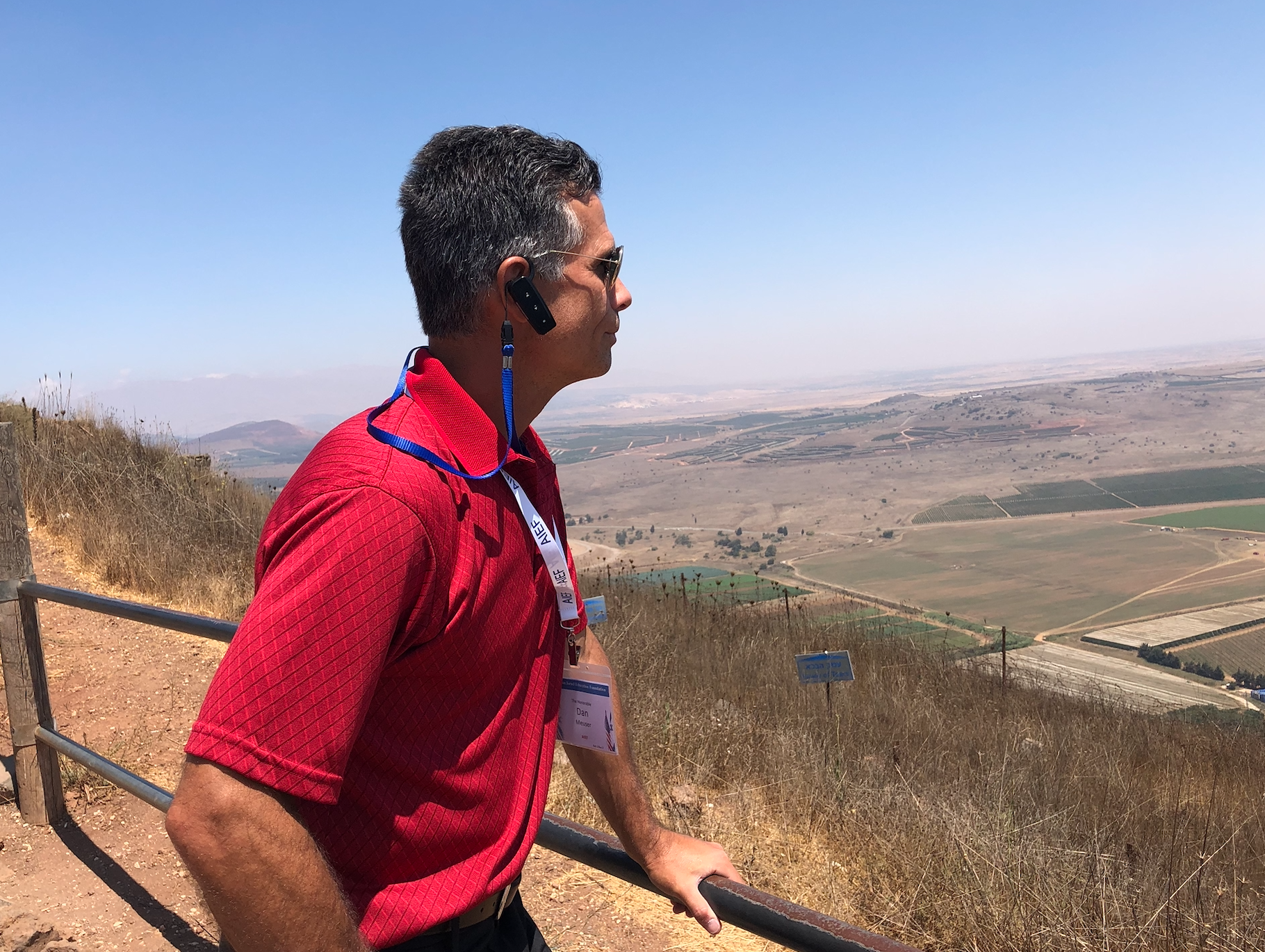 After hearing firsthand accounts of the threats, rocket launches, terrorist activity (Including the building of tunnels into Israel to prepare for an attack) and the estimated amount of funds Iran has transferred to these terrorist groups, the idea that the Obama administration made a “deal” where they handed over billions of dollars to Iran, is impossible to fathom.

Fortunately, President Trump ended any such arrangement with Iran and hit them with additional sanctions. This action accordingly impacted the money stream to the terrorists. Fortunately, the skill, commitment and technology of the Israeli military is top-notch, and they are very, very grateful for the renewed support of the United States.

We also visited our United States Embassy in Jerusalem. Pictured below with the Israeli Ambassador David Friedman. 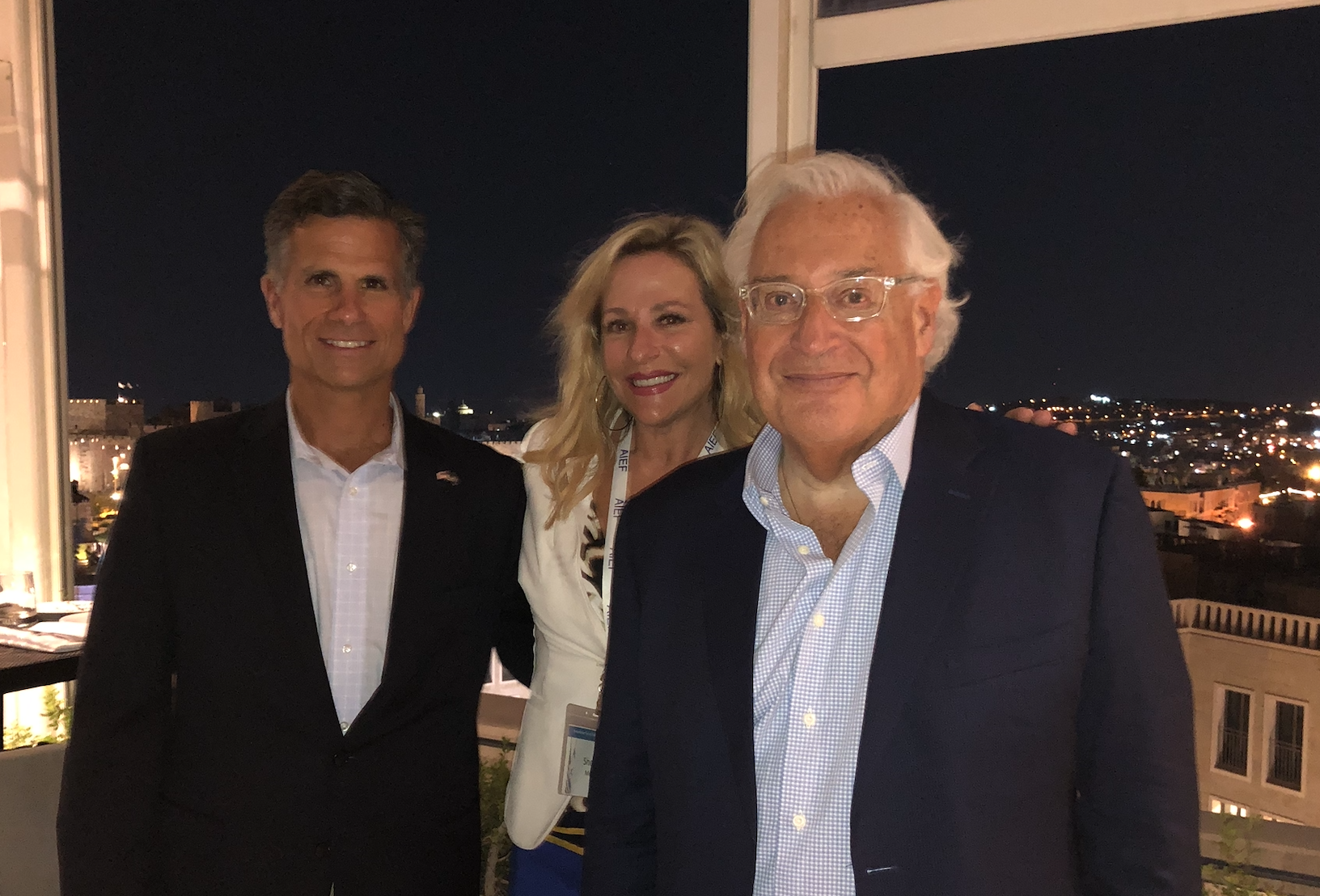 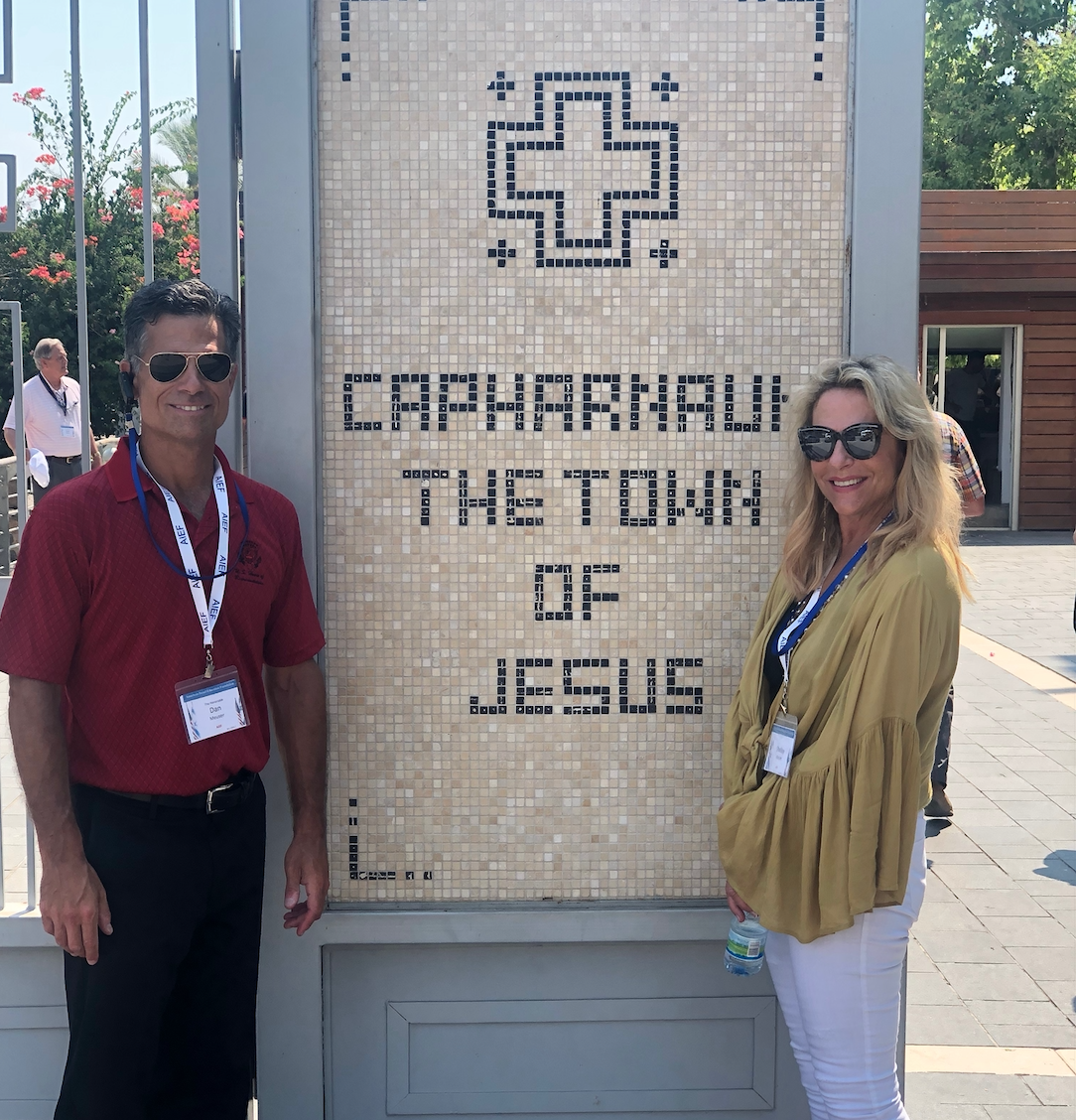 As much as we appreciated our time in Israel, Shelley and I are very happy we will be returning home tomorrow. Traveling abroad is important and it is an extremely strong reminder as to how much I love the USA and how we can never take all the blessings of being an American for granted. God Bless America...  I do want to thank the American Israel Education Foundation very, very much for funding this experience, and for their outstanding hospitality.

Have a great weekend and I will see you soon.