I announced my candidacy for the 11thCongressional District on September 6, 2017 with the intention of retaining Lou Barletta’s open seat in Congress, as Congressman Barletta is running for the United States Senate.

As you may know, the State Supreme Court has redrawn the Congressional Districts throughout the Commonwealth. This newly released map is being challenged in the Federal courts on the basis of constitutionality, specifically as to whether the Pennsylvania Supreme Court has the authority to draw maps.

The court-drawn 9th Congressional District overlaps many areas in the 11th District where we have been campaigning hard for the past five months. My wife and I, along with our three children, have lived in this community and in the area of the 11th District for nearly thirty years with Lou Barletta as our member of Congress since 2010.

I am running for Congress because:

Since the Pennsylvania Department of State certified the new lines, we will be circulating petitions in the court-imposed 9th Congressional District.

Although my residence is right on the cusp of the new 9th Congressional District, much of my local community is in the new 9th. 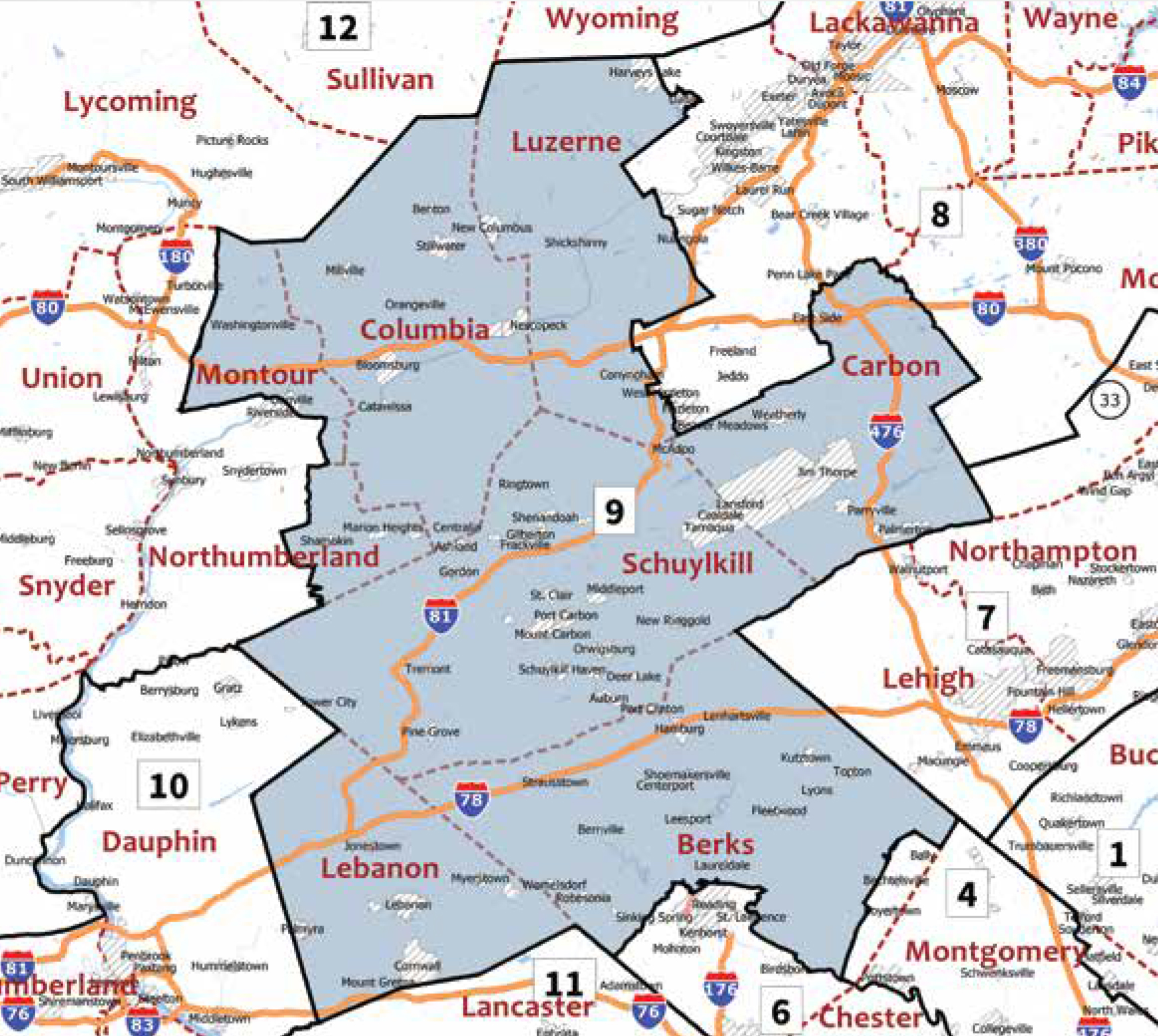 I am most familiar with the cities, townships and people that comprise this District as it most similar to Lou Barletta’s current Congressional District.

As we have been saying all along, a campaign is a WE effort and that doesn't stop now. We must remain resolute; a few liberal judges are not going to deter us from retaining Lou Barletta's seat.

To all those who have been so important to our campaign, but are now outside the newly-created 9th Congressional District, we still look forward to having you part of this campaign to achieve our mission to retain Lou Barletta's Congressional seat. Thank you very much for your support. And I think you know I will represent your interests if I am fortunate enough to serve in Congress. You have been and will always will be part of OUR campaign as we move forward.

The official period for congressional candidates to circulate petitions and gather signatures to get on the ballot begins Tuesday, February 27. We are working to have all of our signatures gathered by Friday, March 16.

Please sign up to help me gather signatures in any part of the new 9thDistrict by clicking here.

Our campaign understands that there are still pending legal challenges and things could revert back to the original 11thDistrict. If the map were to change back, our campaign will adjust accordingly.

Remember, these liberal judges may win this court battle, but with your help WE will win the campaign!