Meuser for Congress: Denny Wolff Confirms He Was A Registered Lobbyist For Puppy Mills And Monsanto

“We would like to applaud the Wolff Campaign for finally coming clean and admitting that Denny Wolff was a registered lobbyist for both Monsanto and Puppy Mills. We have stated that as a fact and it was great to receive written confirmation that we were correct. Denny Wolff’s career as a lobbyist is concerning. He was a high-ranking cabinet official and then went to work lobbying for the same companies and organizations he supported as the Secretary of Agriculture. All you have to do is search Denny Wolff and Monsanto on the internet and your screen will fill up with articles about the two and their suspiciously close relationship. This is a reason that Dan Meuser supports ‘Draining the Swamp’ by imposing term limits, passing a Balanced Budget Amendment and imposing a 5-year lobbying ban on elected officials and any high ranking cabinet officials.

“This again proves that our commercial and ads have been factual. We appreciate Denny Wolff’s campaign for again confirming that.”

Here are screen shots from the PA Department of State and the FEC of Denny Wolff’s Lobbyist Disclosure Forms and screen shot of the donation he received from Monsanto. 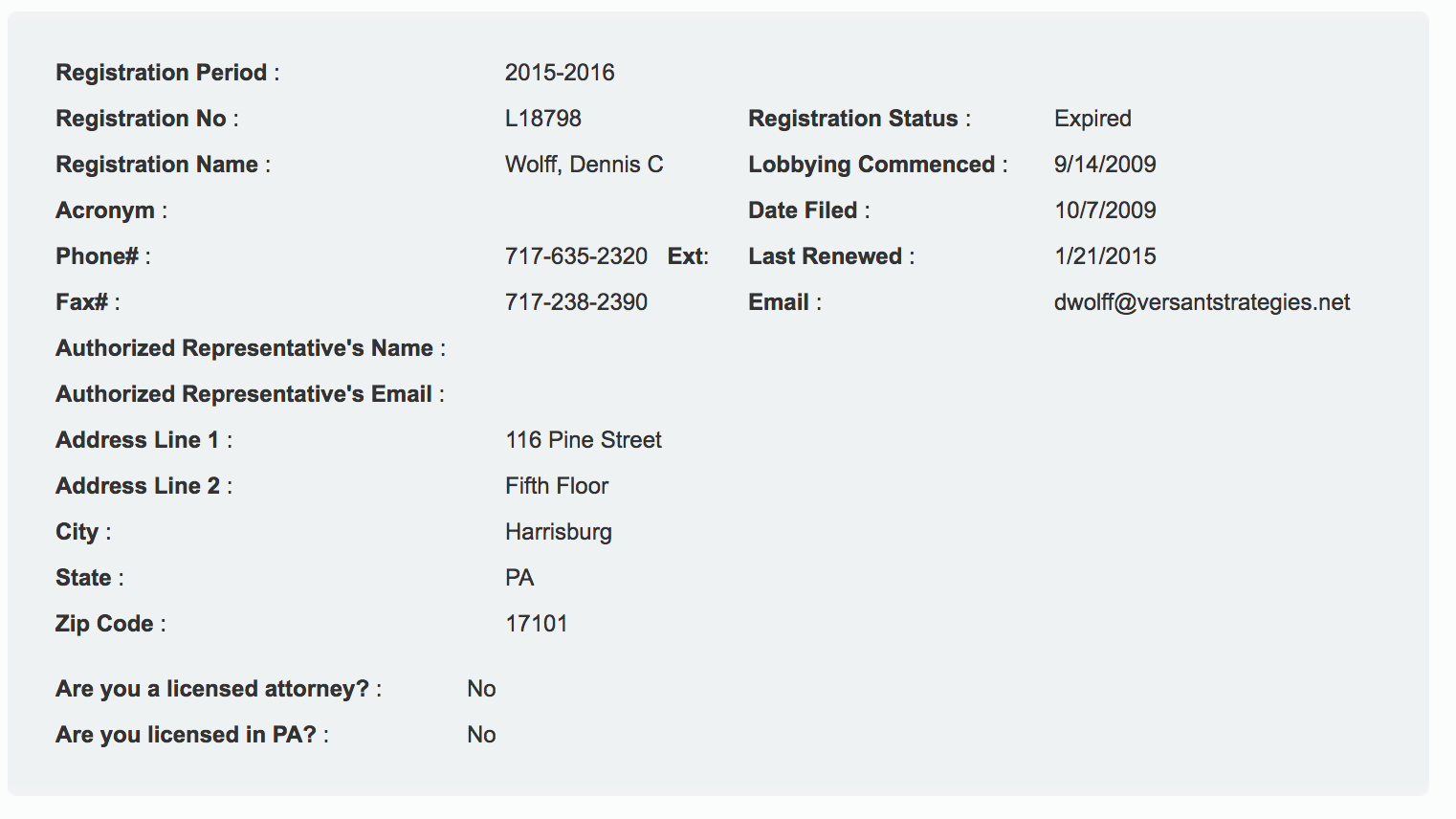 Dan Meuser is the Republican nominee for U.S. Congress. Dan has served both as a private sector businessman responsible for helping create thousands of jobs and as Secretary of the Department of Revenue for the Commonwealth of Pennsylvania.