This Luzerne County Party endorsement comes at the same time as the announced support of the majority of the 11th Congressional District County Chairs, including:

Dan has been working hard to secure support across the district, and the support of a majority of county chairs builds even more momentum for the campaign.

“I have worked alongside these committed individuals and organizations for many years, helping to elect conservative Republicans,” Meuser said.  “I am humbled and grateful that they have placed their faith in me, that they believe I am best positioned to retain Lou Barletta’s congressional seat and uphold the conservative commitment of implementing President Trump’s America First agenda.”

The Meuser for Congress Campaign will be announcing support of other county leaders in the near future. 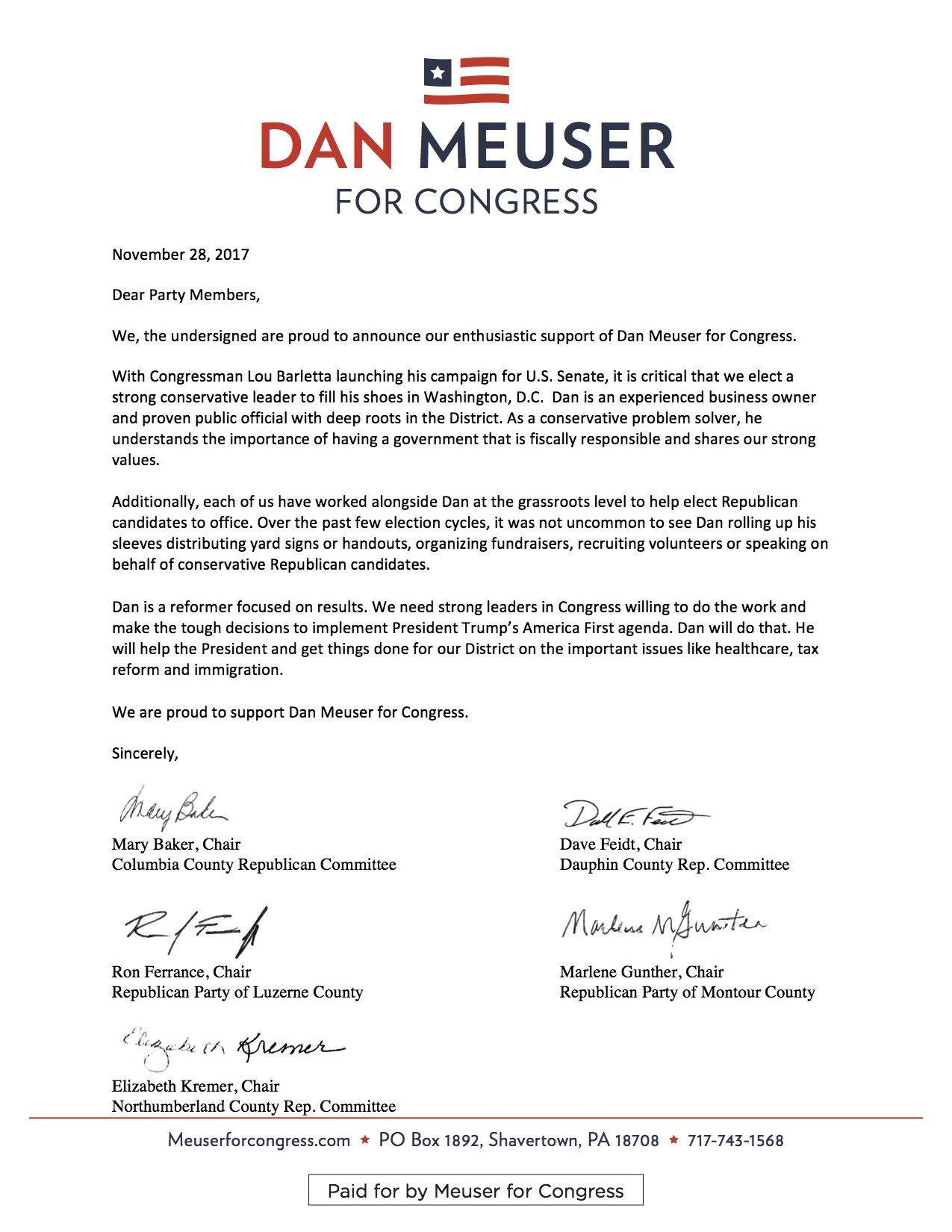