As we prepare for an exciting week of the RNC Convention as the campaign kicks into high gear, I wanted to share an interesting video about the DNC Convention and Joe Biden.

For those of you who watched Joe Biden’s speech last week at the DNC Convention and thought, boy that sounds familiar... you were wrong, it sounded exactly the same. Biden delivered nearly the same exact speech in 2008 when he received the nomination for Vice President. Click here or below to watch for yourself. 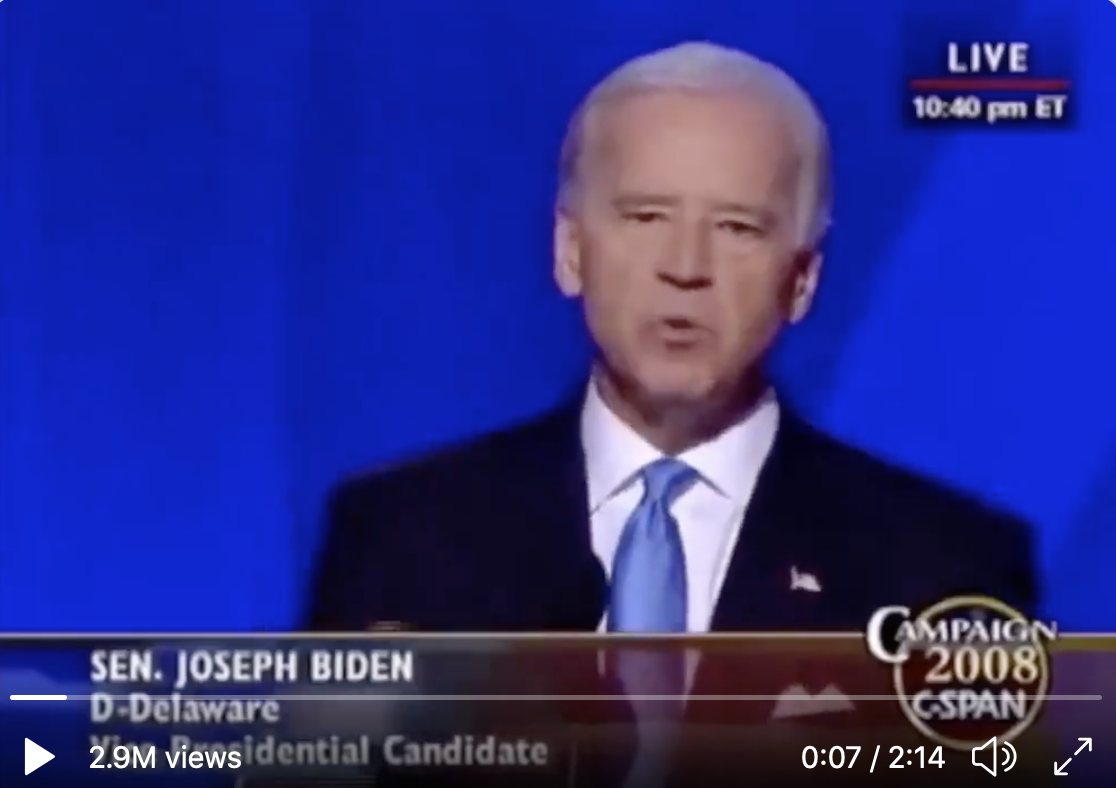 Joe Biden, who has been in elected office for 47 years, has accomplished little over that time and represents the failed policy ideas of the past. As Donald Trump Jr said, “If Joe Biden could do any of those things, why didn’t he tell Obama?”

Joe Biden has nothing new to offer after being Vice President for 8 years and accomplishing nothing.

Worse yet, Biden has a history of plagiarism. The Biden-Harris has plagiarized and adopted the agenda of the extreme far left - including big government, taxpayer-funded healthcare, extreme anti-job energy platform, open borders, free healthcare for illegal immigrants, sanctuary cities, defunding the police.

Meanwhile, President Donald J. Trump has released his 2nd term agenda in advance of the RNC Convention. His plan is called “Fighting for You!” Click here to read. Some of the highlights include:

We need a forward-thinking President, not someone who is planning to dust off the same playbook that led to 47 years of failure and inaction.

Please watch the RNC Convention this week and feel free to circulate the video of Joe Biden far and wide.

Thank you and I look forward to seeing you soon.