Pottsville: The Meuser for Congress campaign released the following statement after tonight’s debate hosted by the Schuylkill County Chamber of Commerce: 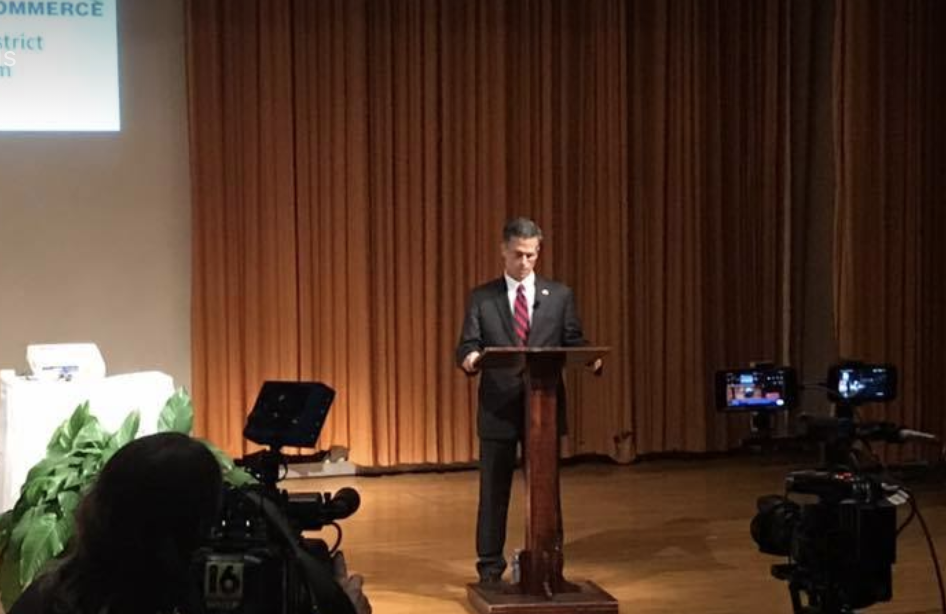 “Tonight was a great debate because voters were able to hear the clear differences between myself and my opponent,” Dan Meuser said. “I am ready to go to work on the issues important to our area, including securing the border and Building the Wall, repealing and replacing Obamacare, strengthening our national security and Draining the Swamp. Additionally, I look forward to working with our state, county and local officials to help continue the growth of Schuylkill County. I am also proud to be endorsed by the United States Chamber of Commerce as I believe it is critical that we make the Tax Cuts and Jobs Act permanent, eliminate burdensome and unnecessary regulations and allow the free market to flourish, create jobs and rebuild communities. I will be a voice of support for the America First Agenda.

“We want to thank the Schuylkill County Chamber of Commerce and their President and CEO Robert Carl for organizing this forum and for all those who attended this evening, including our many supporters."

Campaign Spokesman Mike Barley added, “While Dan Meuser presented solutions and pledged to be a problem-solving conservative, Denny Wolff again continued his negative campaign and proved once again is a rubber stamp for the same failed agenda of Nancy Pelosi. The more desperate Denny Wolff becomes, the bigger the lies get.”

To learn more about Dan Meuser, news about our campaign and where Dan stands on the issues, please go to www.meuserforcongress.com.

Dan Meuser is the Republican nominee for U.S. Congress. Dan has served both as a private sector businessman responsible for helping create thousands of jobs and as Secretary of the Department of Revenue for the Commonwealth of Pennsylvania.